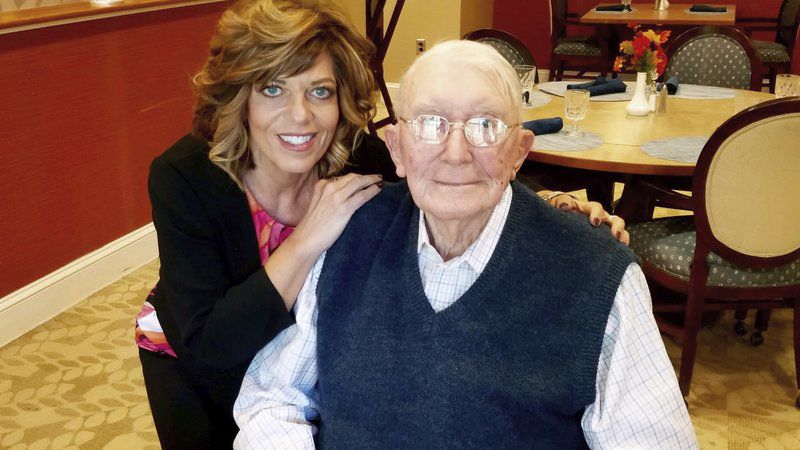 CONTRIBUTEDMaria McKee, CEO of the New Castle Community YMCA, poses with Bob Chambers during a recent visit to Annapolis, Maryland, where the 93-year-old former New Castle car dealership owner lives. Though he now resides out of state, Chambers has continued to be key contributor to the Y. 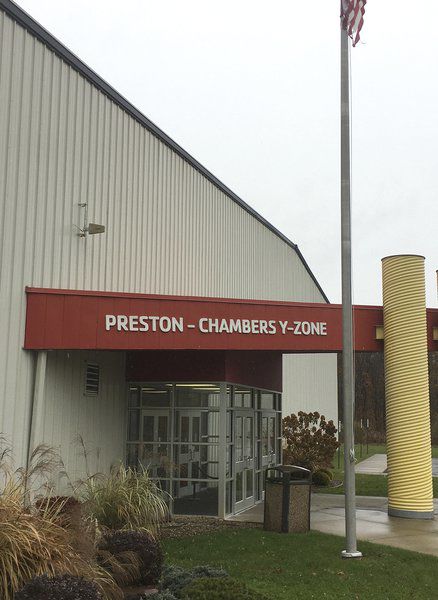 The Y-Zone in Neshannock Township bears the names of the two benefactors who took a lead role in its creation — Bob Preston and Bob Chambers.

CONTRIBUTEDMaria McKee, CEO of the New Castle Community YMCA, poses with Bob Chambers during a recent visit to Annapolis, Maryland, where the 93-year-old former New Castle car dealership owner lives. Though he now resides out of state, Chambers has continued to be key contributor to the Y.

The Y-Zone in Neshannock Township bears the names of the two benefactors who took a lead role in its creation — Bob Preston and Bob Chambers.

For nearly 60 years, the name was an iconic part of the New Castle community.

As far as Maria McKee is concerned, it still is. She just wonders how many other people realize that.

The Chambers Motor Co. opened in 1925 on North Street before moving to Croton Avenue and finally to West Grant Street, where the Chrysler-Plymouth dealership served the New Castle area for four more decades before it was sold in 1984 by Bob Chambers, the son of the founder.

Chambers relocated from New Castle to Annapolis, Maryland, in 2014, but the 93-year-old hasn’t forgotten his roots, even though, as McKee believes, much of the community might not remember him.

It’s her intention to remedy that.

McKee, the chief executive officer of the New Castle Community YMCA, said Chambers has donated more than $1 million during his lifetime to the Y, and that he and local auto magnate Bob Preston were the driving forces behind the creation of the Preston-Chambers Y-Zone in Neshannock Township.

But that was before she left for Pittsburgh in 2015 after 20 years in various leadership roles at the Y.

But when she returned as CEO in 2018, a new staff was in place and the name "Bob Chambers" did not have the same reaction.

She believes that with the Chambers dealership having been gone from New Castle’s cityscape for 35 years, many residents may be similarly stymied.

“I don’t care if I don’t get another penny from him,” McKee said. “I just want to be able to say who Bob Chambers was, when somebody comes along and sees the Y-Zone."

Bob Chambers said the Y was an important part of his childhood.

“My mother died as the result of an automobile accident in 1934,” he said from his home in Maryland. “I was without a mother, and my father was very busy in his business. So he took me to the Y, and I went to Y camp for I couldn’t begin to guess how many years."

Y camp was a big part of his life, Chambers said. And later, the Y would be, too.

Chambers said he and his wife “gave quite a little bit of money” to the Y-Zone project, but he passed most of the credit to Preston. “He did an outstanding job putting that together … Bob Preston was the leader of the band, and I just kind of followed along.”

Chambers continues to follow and to support all the developments at the Y as well.

“He’s just one of those people that has a profound impact and is still having a profound impact,” McKee said. “I’ve only been here a year, but he’ll call me every six months, ‘I need to know these things.’ He’ll ask me, ‘What are we doing for kids?’ ‘How’s our cash flow?’"

And that caring will last a lifetime and beyond, she said.

“He’s done so much that is still growing in this community. But there’s just nobody who talks about him and the legacy he’s going to leave himself.”

Chambers looks at it more as a duty than a legacy.

“I believe that if you have a successful, happy time in any community, you do have the obligation of returning something to that community,” he said. “I believe very firmly that New Castle is a prime example of people who had a very successful career who didn’t remember the city, during their lifetime or in their wills.”

One person who remembers and still keeps in touch with Chambers is Preston, who in 1989 launched the first of what has grown into a family of car dealerships in western Pennsylvania and eastern Ohio.

The relationship is more than professional. Chambers’ wife was the first cousin of Preston’s father.

“Our families have always been pretty close and I not only keep in touch with Bob, but I am in touch with his sons,” Preston said.

Moreover, Chambers gave Preston his start in the car business in 1980.

“I learned an awful lot from Bob and he was a big part of me becoming the businessman I am today,” Preston said.

In addition, he said, Chambers played a pivotal role in Preston’s own support of the Y.

“With Bob, the big thing that he encouraged me to do after he was retired, and I came back to New Castle and started buying dealerships, he was very influential and encouraging me to get involved with the YMCA and to take on the project of building the Y-Zone,” Preston said. “Not only did he help financially, but he gave me direction and encouraged me to undertake that project and raising the money.”

Although Preston’s sons Kevin and Bobby oversee the family dealerships now, the elder Preston and his wife Joanne remain in the community and are major supporters of the United Way as well.

As for McKee, she continues to look for ways to remind local residents that Chambers remains a vital part of their community, too.

“But other than the Y-Zone, which is the Preston-Chambers Y Zone, he never really wanted recognition,” she said. “We do the Salute Award every year, and I would love to do a salute to Bob, but he’s not the kind of guy that would want that. He doesn’t like the spotlight.”

County has second coronavirus death; total cases up to 13

Shapiro to landlords: Pennsylvanians cannot be evicted during state emergency

Linda Kay Hansotte, 71 of New Castle passed away on March 30, 2020. Linda was born in New Castle on June 26, 1948, to the late Leonard Russell and Mary Kathryn Trego Morris. She married Ronald Hansotte, who survives. Linda was a member of Calvary Independent Church. She was a graduate of New…