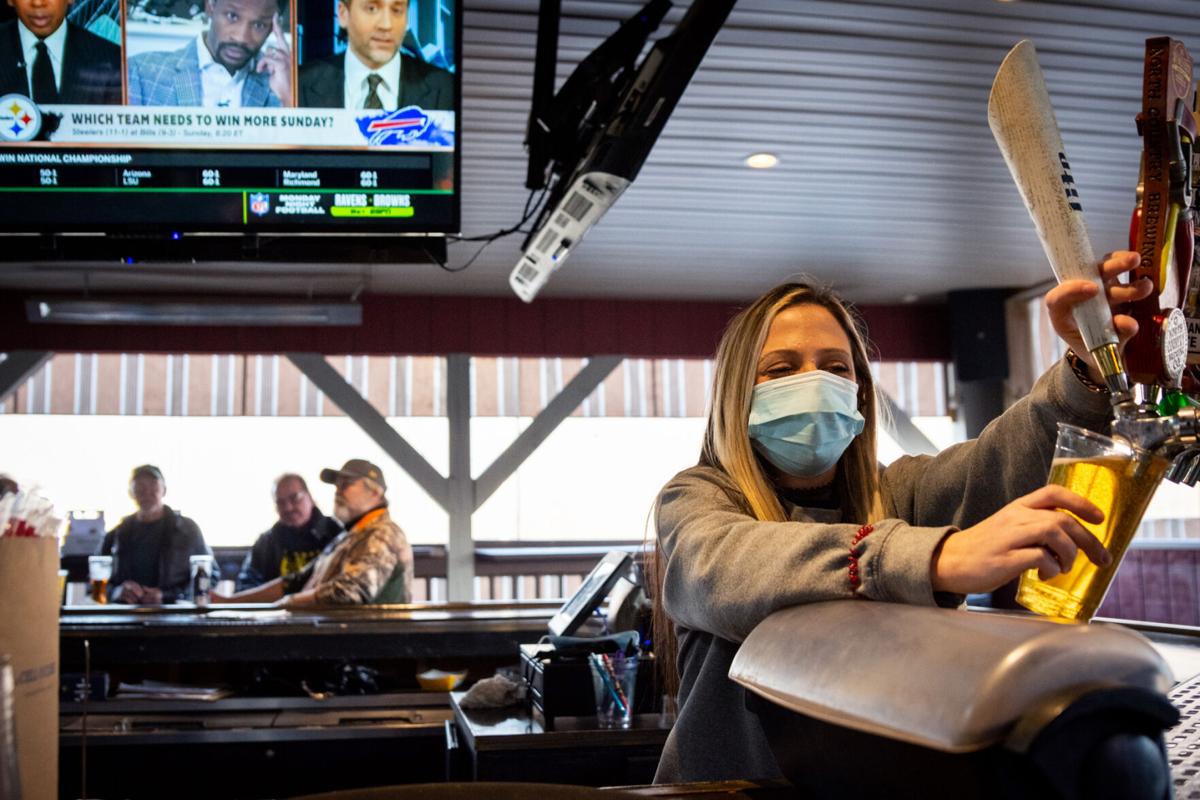 Alicia Watt, Thelma’s Sports Nook bartender, prepares a beer for a customer at the restaurant in Sharpsville. 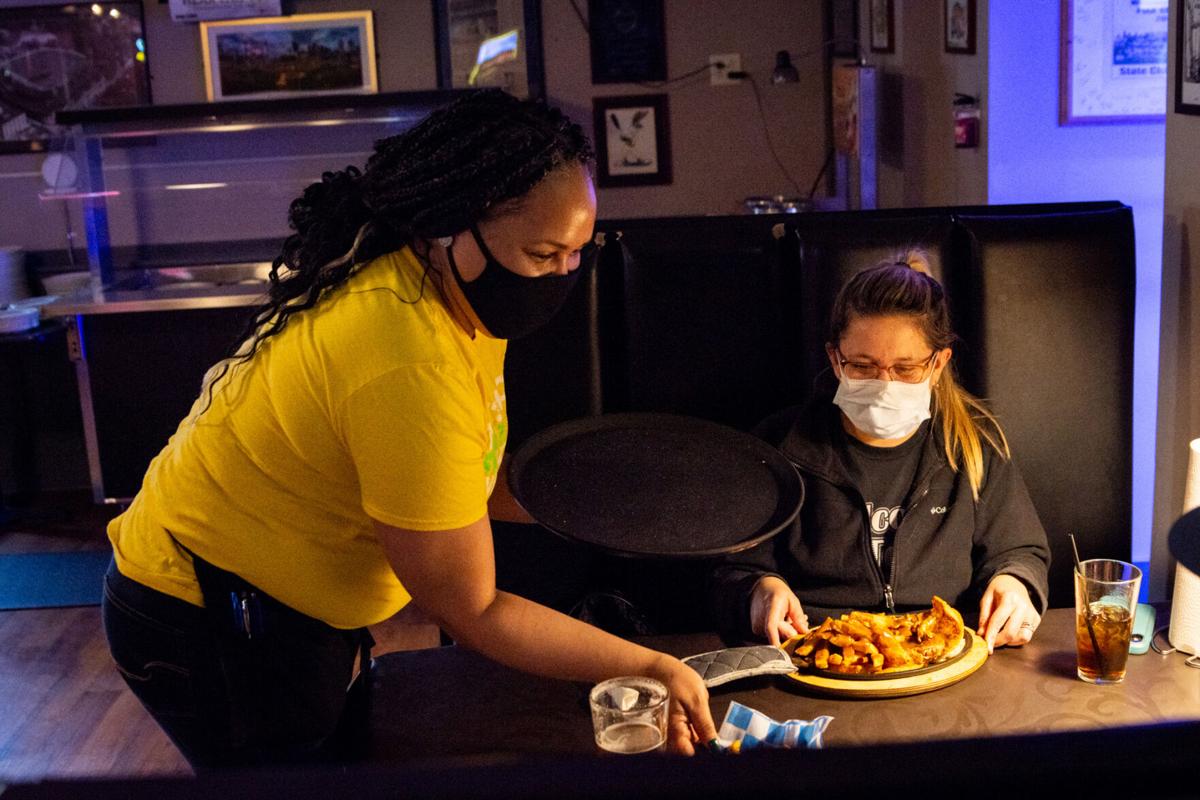 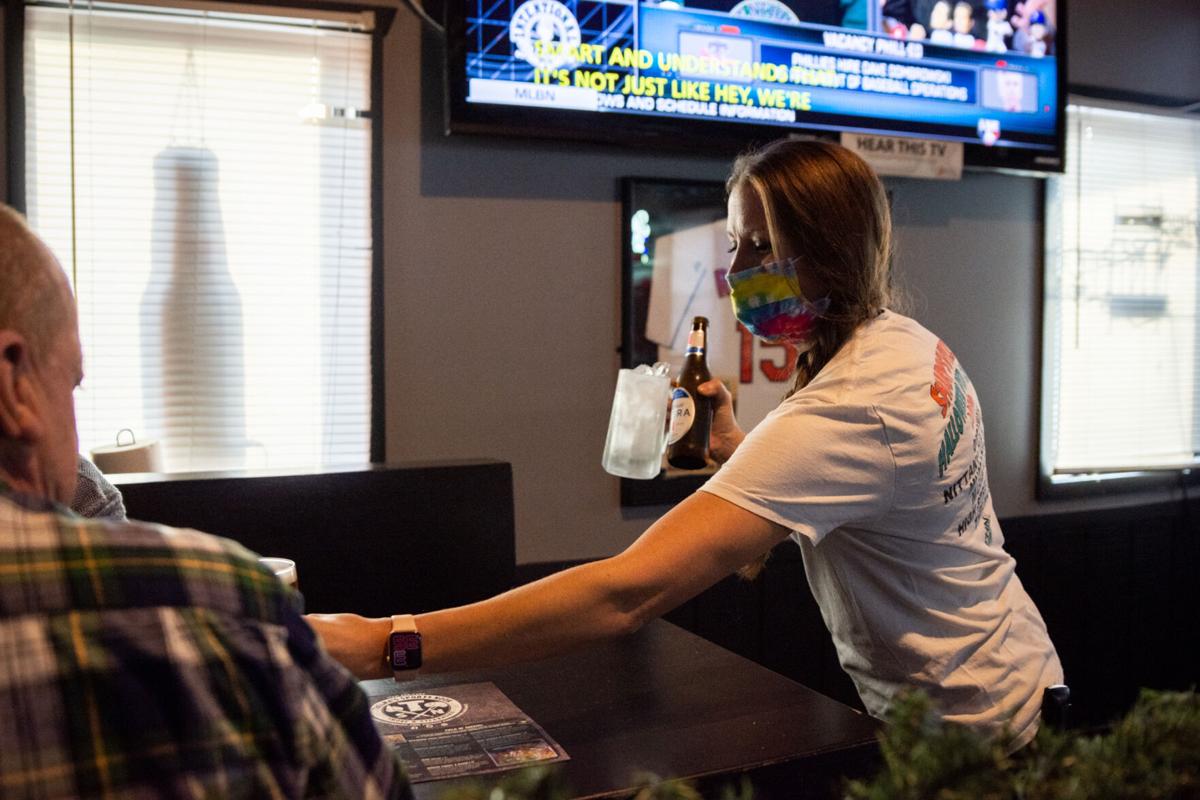 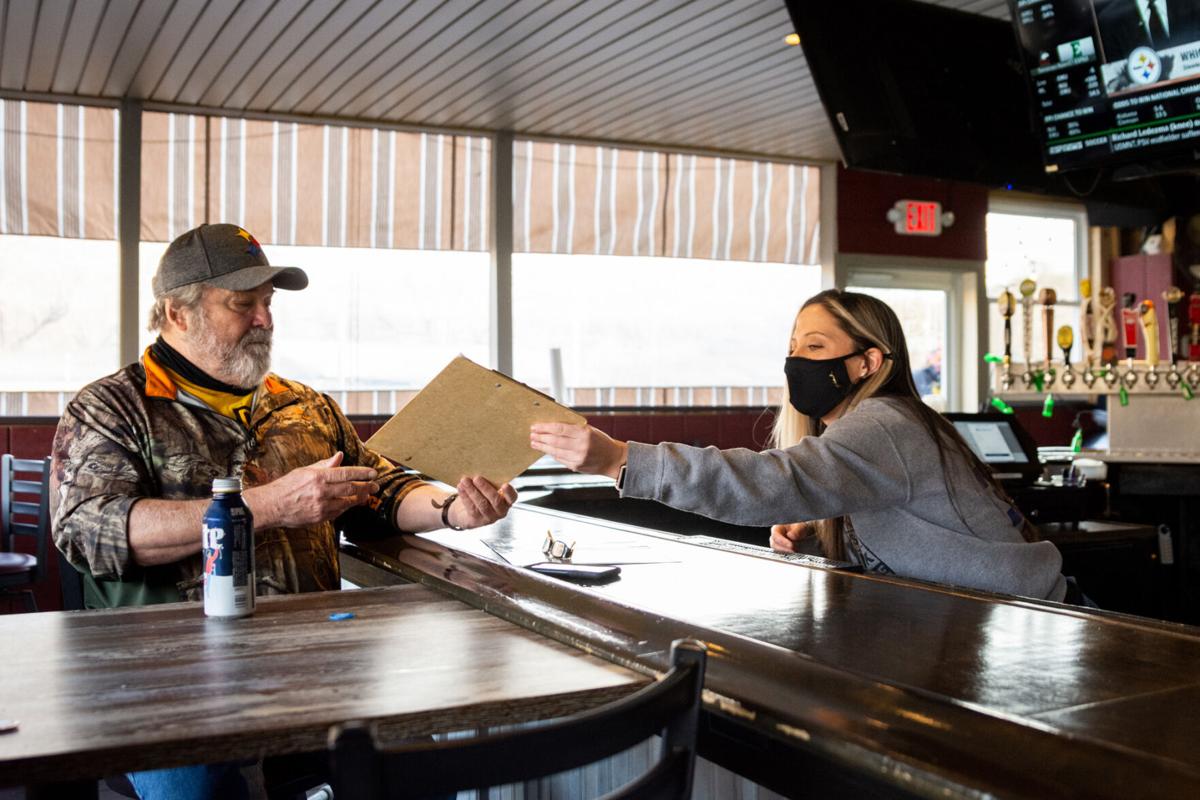 Alicia Watt, Thelma’s Sports Nook bartender, hands a menu to Bill Ruffo, of Hermitage, at the restaurant in Sharpsville.

Alicia Watt, Thelma’s Sports Nook bartender, prepares a beer for a customer at the restaurant in Sharpsville.

Alicia Watt, Thelma’s Sports Nook bartender, hands a menu to Bill Ruffo, of Hermitage, at the restaurant in Sharpsville.

Department of Agriculture inspectors visited 180 restaurants across the state that are still offering indoor dining in defiance of a statewide ban last week.

Inspectors issued 40 orders to close after the proprietors refused to voluntarily comply. If those orders are ignored, the state can go to Commonwealth Court to get a judge to order the restaurants to comply with the public health restriction, said Shannon Powers, a Department of Agriculture spokeswoman.

Inspectors are focused on using an “education-first model” aimed at getting business owners to voluntarily comply with the public health orders, the Department of Agriculture said in a statement.

Two of those shutdown orders were given in Crawford County, according to the Department of Agriculture. One of those was given to Aunt Bee’s Restaurant in Cochranton,

The restaurant has remained open and the inspector hasn’t returned yet, said Suzanne King, a manager at Aunt Bee's.

“He gave us an order to hang in our window but we didn’t hang it up,” King said. She said that if diners don’t feel safe eating in the restaurant, they don’t have to visit the eatery.

“We can’t afford to close,” she said. “We have employees and it’s Christmas. It wouldn’t seem right to just tell them, you’re done.”

A Facebook group associated with the Reopen PA movement that has lobbied against the governor’s shutdown orders for months lists dozens of restaurants and gyms that are purportedly still open despite the governor’s order. Aunt Bee’s is one of the businesses listed. So is the Coal Miner’s Cafe in Jennerstown, Somerset County.

Brenda Darr at the Coal Miner’s Cafe said that she feels like she has no choice but to remain open.

“It’s our livelihood,” she said. “If they shut everything down, I would close too. But the shopping malls are packed. Why pick on the restaurants?”

Darr said that she’s not been visited by any state inspectors yet.

Chuck Moran, executive director of the Pennsylvania Licensed Beverage and Tavern Association, said his organization hasn't surveyed members to determine how many are defying the order. He added that he thinks most restaurants that are defying the public health order are eateries that don't sell alcoholic beverages so they don't have liquor licenses to lose.

The number of bars and eateries defying the order seems to be "growing," he said.

In addition to the restaurant inspections conducted by the Department of Agriculture, the state police Bureau of Liquor Enforcement inspects bars.

“Compliance checks are unannounced and can occur at any time to ensure guidelines are followed and corrections are being made from previous warnings,” said Cpl. Brent Miller, a state police spokesman. “There have been 38 licensed establishments that have received more than one notice of violation for violations of the COVID-19 mitigation orders,” he said.