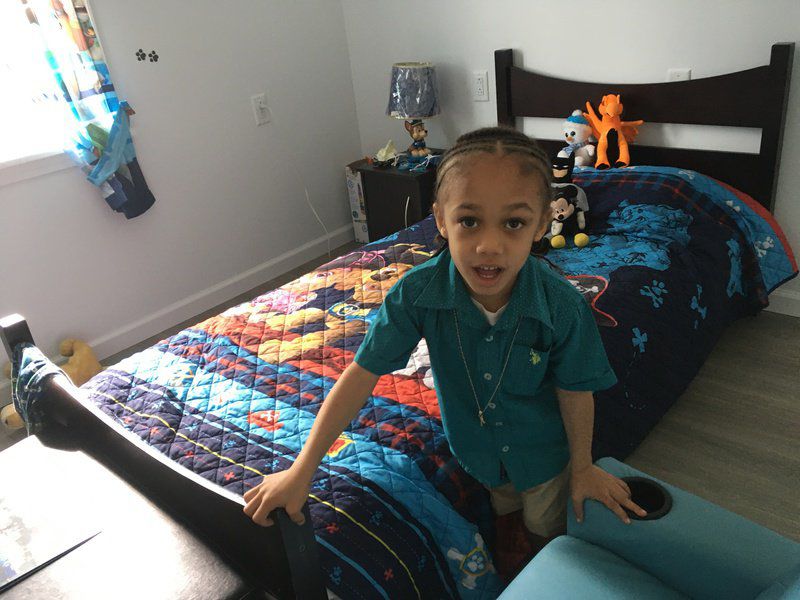 Cassie Tutson's 4-year-old son, Sheldon, couldn't be more excited about his room in the family's new home on PIne Street. 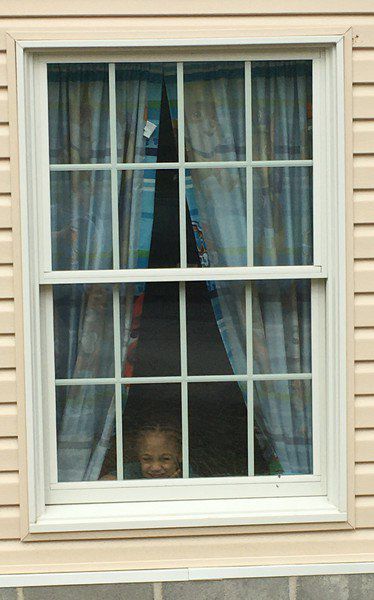 Sheldon, 4, peeks out his bedroom window. 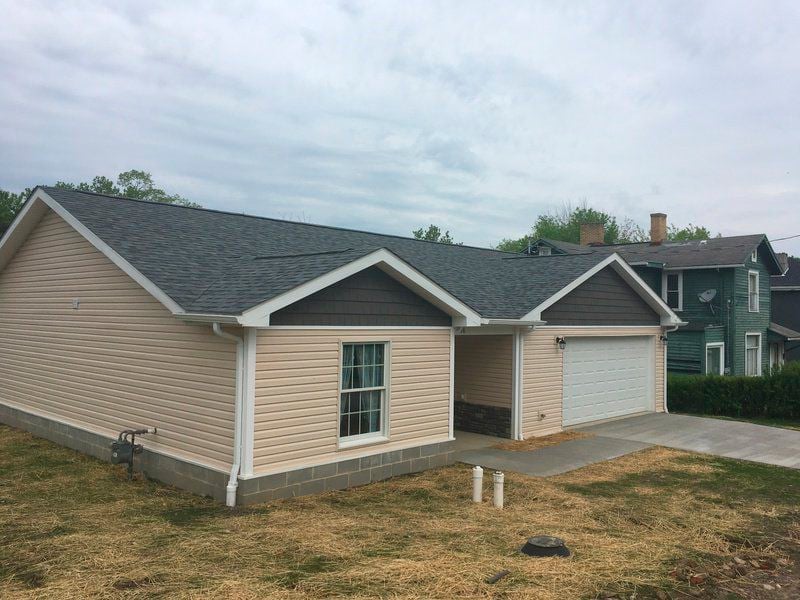 Cassie Tutson is the proud owner of this newly built home at 208 Pine St. The house is the second of five that DON Services is building through at 2018 Federal Home Loan Bank as part of its Lower East Side revitalization project. 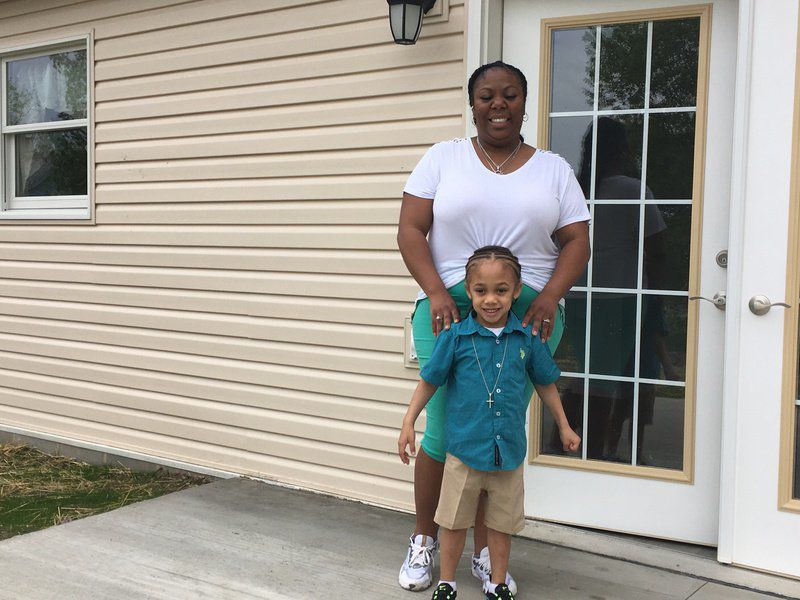 Cassie Tutson and her son Sheldon, 4, stand on the patio of their new Pine Street home.

Cassie Tutson's 4-year-old son, Sheldon, couldn't be more excited about his room in the family's new home on PIne Street.

Sheldon, 4, peeks out his bedroom window.

Cassie Tutson is the proud owner of this newly built home at 208 Pine St. The house is the second of five that DON Services is building through at 2018 Federal Home Loan Bank as part of its Lower East Side revitalization project.

Cassie Tutson and her son Sheldon, 4, stand on the patio of their new Pine Street home.

The appliance store team was in and out in minutes.

They’d been called about a recently purchased refrigerator that wasn’t working properly. Turns out, the device hadn't been switched over from demo mode.

Welcome, Cassie Tutson, to the joys of home ownership.

Tutson and her 4-year-old Sheldon closed Friday on their new house at 208 Pine St. The home is the second of five being built by DON Services using a 2018 Federal Home Loan Bank grant to help revitalize New Castle’s Lower East Side.

“I’m very excited,” said Tutson, who had been living in an apartment on Wallace Avenue. "But I’m a little more overwhelmed than excited because it’s just so much trying to get everything in order and knowing that it’s my responsibility now.

“Before, when something didn't go right, I was used to being able to rely on someone else to fix it.”

So far, though, she’s handled every challenge that’s come her way.

For instance, before she could get into her home, she had to qualify for a mortgage.

The people that DON approves for its home ownership program get a break on the sale price. The single-floor houses with attached two-car garages cost between $120,000 and $140,000 to build, but sell for between $42,000 and $47,000. The Federal Home Loan grant, plus contributions from Lawrence County, DON and First Commonwealth Bank, cover the difference.

The homeowner, though, must be responsible for the rest through a mortgage.

“I was looking for a bigger place,” she said, “but I struggled over the years with wanting to move because my finances would go up and down. A lot of that has to do with being a convicted felon. It’s hard to keep a good job.

“I’ve been working on myself within the last four years and a relative told me about this program. I was kind of iffy because it’s more bills and a little more responsibility, and could I handle that? I applied and I got approved. I was really excited because I’ve worked on my credit also the last two years."

Anita McKeever, DON administrator of community resources, worked with Tutson to help her find a mortgage to meet her needs.

“Pre-closing counseling sessions taught her how to find the right mortgage, the mortgage process and the responsibilities of being a homeowner,” McKeever said. “There will also be ongoing sessions on home maintenance and setting up a reserve account for future needs.”

Tutson credited both her sister and mother with guiding her through the process to home ownership, and she continues to turn to her sister, a homeowner, for advice as she adjusts to her new reality.

While Tutson balances the excitement and the responsibilities of owning a house, Sheldon -- who is eager to point out all the amenities of his new home, right down to the electrical outlets in the walls and the "hooks" (actually, anchors) on his bathroom shower curtain -- is a bundle of pure elation.

“He’s excited for both of us,’ his mother said. “He says this is his house. Where we lived before, he calls it ‘the building.’

Now 32, with missteps of the past having detoured her life, Tutson feels that she’s finally where she needs to be.

“I have a lot of friends who progressed in life, and I felt like I was just stuck,” she said. “But I thank God that I didn’t progress when they progressed because I wasn’t ready. I always feel like it’s God’s timing and not mine.”