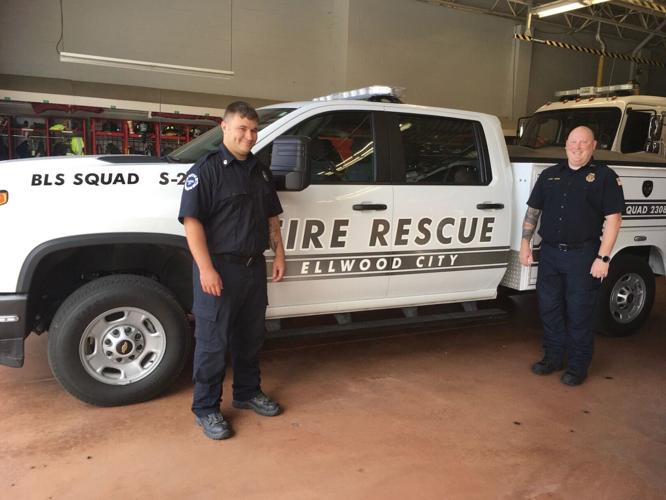 Ellwood City Fire Department Chief Rick Myers, right, and captain Brandon Magnifico, a prehospital registered nurse, stand with the department’s basic life support unit that is soon to become the advanced life support truck once the certification is approved by the state. 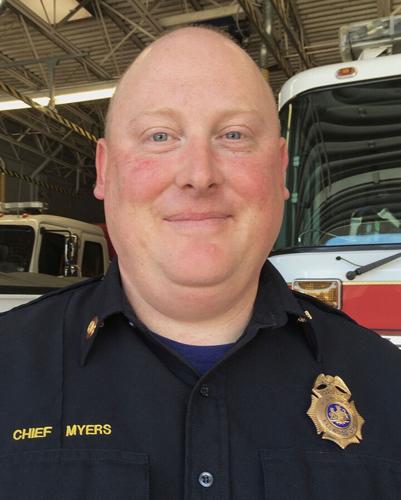 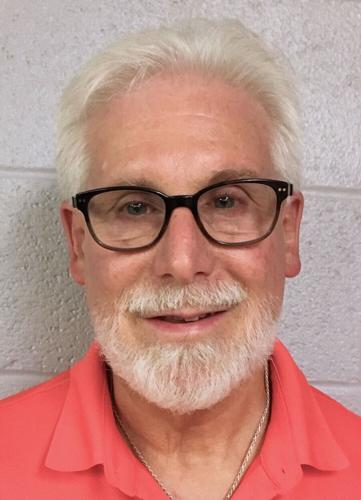 Ellwood City Fire Department Chief Rick Myers, right, and captain Brandon Magnifico, a prehospital registered nurse, stand with the department’s basic life support unit that is soon to become the advanced life support truck once the certification is approved by the state.

Since the Ellwood City Hospital and its emergency department closed 2 1/2 years ago, Ellwood City area residents have been without a level of vital emergency care.

The borough fire department, with the help of a three-year grant from the Ellwood City Hospital Foundation, is laying the groundwork to start its own Advanced Life Support (ALS) squad, which, when certified, would be the first one in Lawrence County.

The ALS certification would enable certified paramedics to immediately start administering IVs, medications, intubations or other lifesaving measures within minutes of dialing 911, before an ambulance arrives, which could be anywhere from 25 to 45 minutes, according to Myers.

In order to continue the ALS service after the first three years, borough officials are hoping borough residents will be willing help to fund the service into the future through a special tax.

Borough council at its meeting last month approved a resolution to place a referendum on the Nov. 8 general election ballot to levy a one-mill tax solely to fund the ALS service. The question would be on the Lawrence and Beaver county ballots for Ellwood City Borough voters only.

The ballot question would ask whether the Ellwood City borough council should levy a one-mill tax for the operation of an Advance Life Support (ALS).

“We’re not interested in starting an ambulance service,” Myers said of the fire department’s intent. “We don’t want to be in the ambulance business. We want to get there (to the scene of an emergency) as first responders in the borough and save lives. We’re trying to protect our people, since there no longer is an emergency room in town.”

Currently, the fire department is certified as a Basic Life Support service, meaning the department’s EMTs can provide first-aid resuscitation and other basic measures that can be used in emergency situations until victims are placed into the care of medical professionals. BLS techniques can be used when victims appear to be choking, drowning, unconscious or suffering from cardiac arrest, as examples.

An ALS certification will allow the department to employ paramedics to respond to emergencies and administer more advanced life-saving measures until the ambulance arrives. If there is no paramedic on board an ambulance when it arrives, the department’s paramedic can then ride on the ambulance with the patient to the hospital to continue the care.

The nonprofit Ellwood City Hospital Foundation has agreed to donate $776,000 for the startup of the service for the first three years. That money covers the cost of single-use equipment and medications and the salary of the paramedics for 24/7 service.

“They graciously approved the grant and paid for every piece of equipment,” Myers said.

The fire department has four paramedics on staff, but they are not ALS certified and cannot perform the paramedic services, he said.

The department has 14 paid part-time firefighters and 18 volunteers, plus Myers as chief.

Myers said the groundwork is already laid and the equipment is being purchased. He anticipates the fire department having its ALS certification, ideally, by the end of September, to put the program into motion.

The borough council, Borough Manager David Allen and the fire department, through negotiations with the foundation, have agreed to try to find a funding stream to continue the service after the first three years have elapsed. Hence, the decision to ask the voters for the one-mill tax.

“The foundation wanted a way to fund it when they were done funding it,” Myers explained. “That’s where the referendum comes in.”

Councilman Brad Ovial explained the one mill, if approved, would go strictly for the ALS service and would generate about $230,000. That money would be built upon each year to amass enough funds to continue the operation, he said.

Myers has set up three town hall meetings to further explain the program and the need for the referendum to the borough citizens.

The typical ambulance response time to Ellwood City — for ambulances traveling from New Castle or Mercer or Beaver counties, is about 35 minutes, Myers explained.

Should a person suffer a stroke or a heart attack or serious injury, the responding EMTs can only perform certain basic care.

“That 35 minutes in between can save someone’s life with the ALS service,” Ovial said.

Myers explained a shortage of ambulances and extended ambulance response times is not unique to Lawrence County. Ambulance companies are not getting reimbursements from the government, and there also is a shortage of paramedics because their training is nearly that of a registered nurse, and nurses are higher paid.

Once the Ellwood City Hospital closed, the advanced level of care needed in Ellwood City became greater, Myers said, “and the best thing to do is to put paramedics in the fire department, to get to the next level faster.”

Should the referendum not pass, the borough would have to try to come up with other ways to try to fund it, Ovial said. “I would hope that it passes an that people understand and ask themselves the question, ‘What price do you put on a life? Are you going to gamble that you and a loved one will never need that service?’”