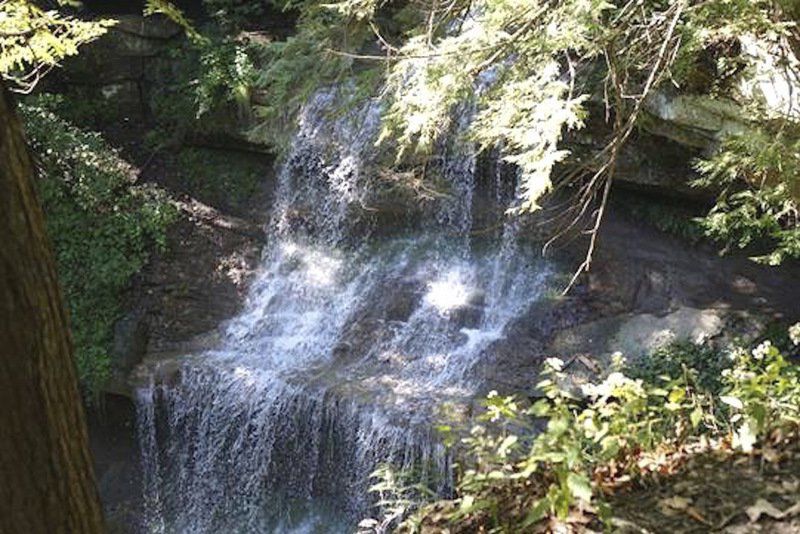 A timber management plan soon will be in place for the scenic area of Quakertown Falls in Mahoningtown. 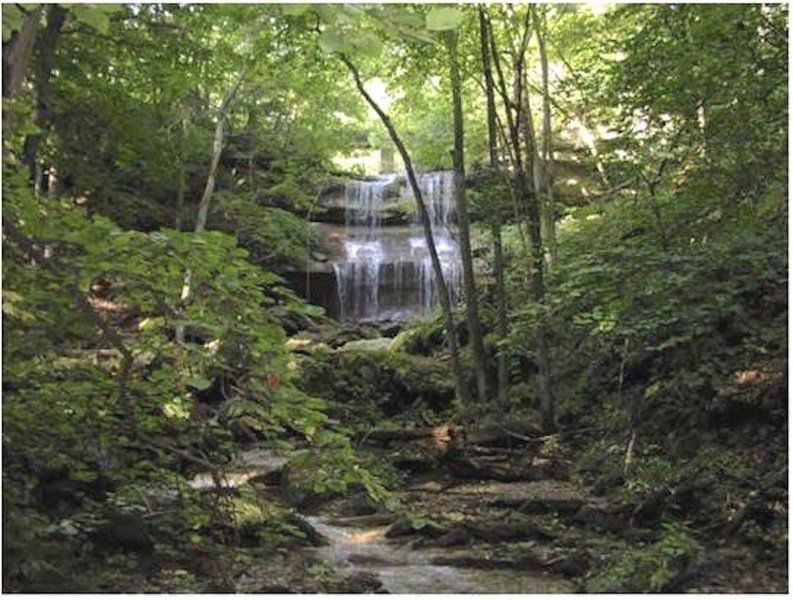 The falls area of Quakertown in Mahoning Township is being developed as a scenic recreational spot for Lawrence County.

A timber management plan soon will be in place for the scenic area of Quakertown Falls in Mahoningtown.

The falls area of Quakertown in Mahoning Township is being developed as a scenic recreational spot for Lawrence County.

A plan to harvest timber on the Quakertown property will help sustain the land and vegetation and generate income for future improvements on the site.

The Lawrence County commissioners at their meeting Tuesday sanctioned a contract with Hudson Forestry Services LLC of New Castle to carry out the timbering plan on the Mahoning Township property, which in the 1980s was the site of an archaeological dig that uncovered a previous settlement there.

Doniele Russell, deputy director of community development for the county planning office, has been one of the overseers of the county’s acquisition of the property located off state Route 224 in Mahoning Township. Russell explained that the county has acquired 180 acres from Penn Power and is looking to get more adjacent acreage. A waterfall is one of the property’s features.

The county has a multi-phase project planned to develop the park as the natural scenic area where Quaker Falls is located. The site off the highway was the location of a 19th century settlement that was dug up in an archaeological excavation by a group of Youngstown State University students and professor John R. White. The town once had eight houses, 10 wells, a schoolhouse, a general store, three mills, three barns, a railroad depot, a cemetery and a sandstone quarry, according to information the archaeology classes gleaned from the dig.

In her contacts with various state agencies about the site, Russell said she met with the state Department of Conservation and Natural Resources and its local foresters, who are recommending a full timber management plan on the site.

“There is some old growth down there that they would like to see grow in a stand and education the public on it, as the stewardship portion, and the county would recoup some funding by having productive timber appropriate, not detrimental,” she said. “The plan would include stewardship management and an appraisal value of the timber on the property, so it can be a conservation measure as well as a monetary measure, and at the same time provide revenue to offset the costs of improvements in the park.

She pointed out that the references for Hudson Forestry Services “have been impeccable for our area.”

The contract with Hudson is not to exceed $6,000, and the funding will come from the planning, grants and programs line item of the county budget, Russell noted. The work on the plan is to be completed by Dec. 1.

“I’m very glad the former board (of commissioners) made the acquisition of Quaker Falls,” Commissioner Chairman Morgan Boyd said, noting that he learned that Quakertown is the only real archaeological dig site in Lawrence County.

“It’s phenomenal that we have public access to it,” he said.

The county’s future plans for the historical property include establishing trails and a scenic overlook to the falls and creating a wheelchair-accessible parking area. Archaeological, engineering and historical studies all have been part of the process.

The county learned in 2017 that it was receiving a $385,000 grant from the state Department of Conservation and Natural Resources Bureau of Recreation and Conservation for development of the scenic area.

The entrance is located directly across Route 224 from Nite Traxx Lounge. The grant is intended to fund the first two phases of the project, to make a parking area with sidewalks and a trail to the overlook area, with safety railings. Later project phases could include the addition of restrooms and a nature center, as funds allow.