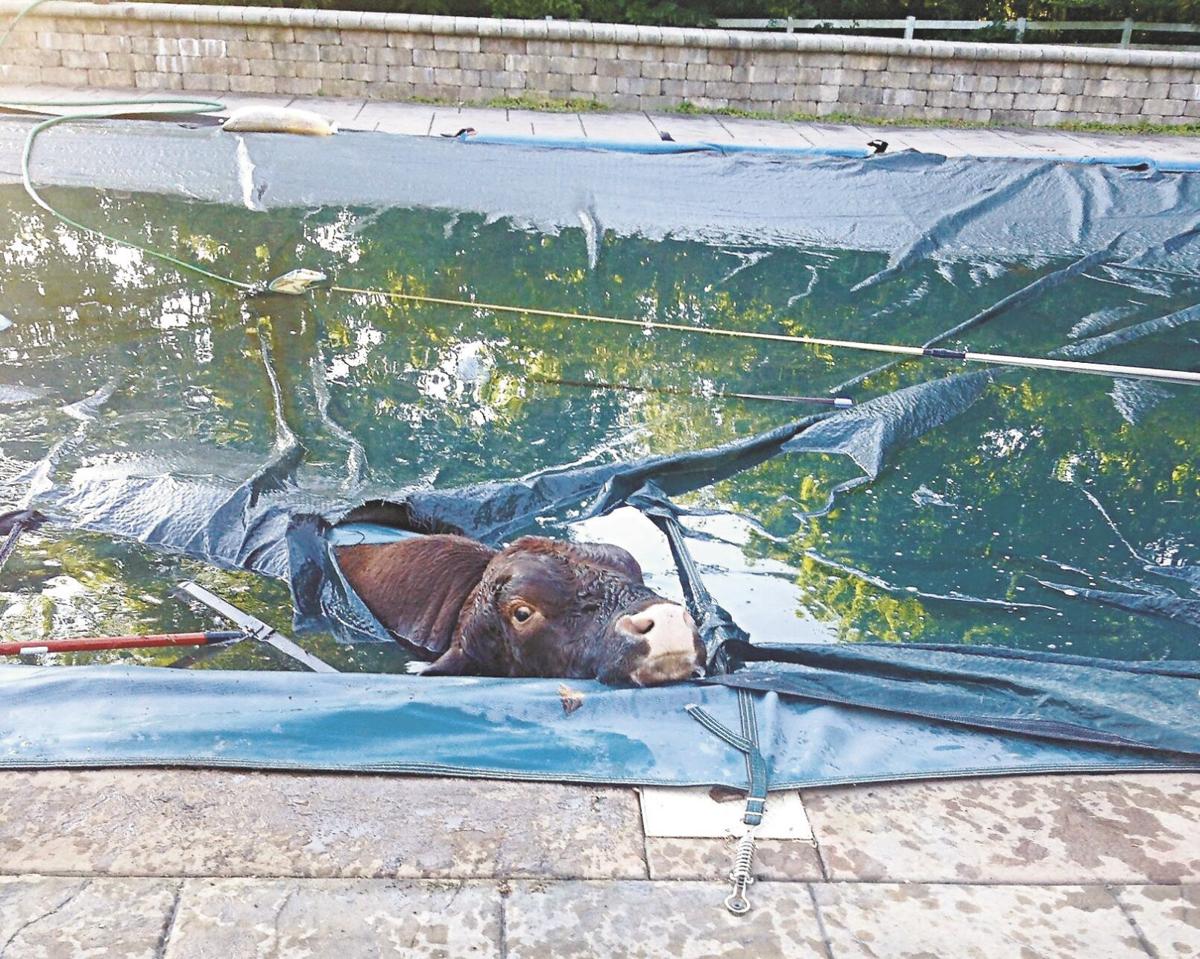 A Brahma bull struggles to get out of a swimming pool in Pulaski Township after becoming entangled in the pool cover. 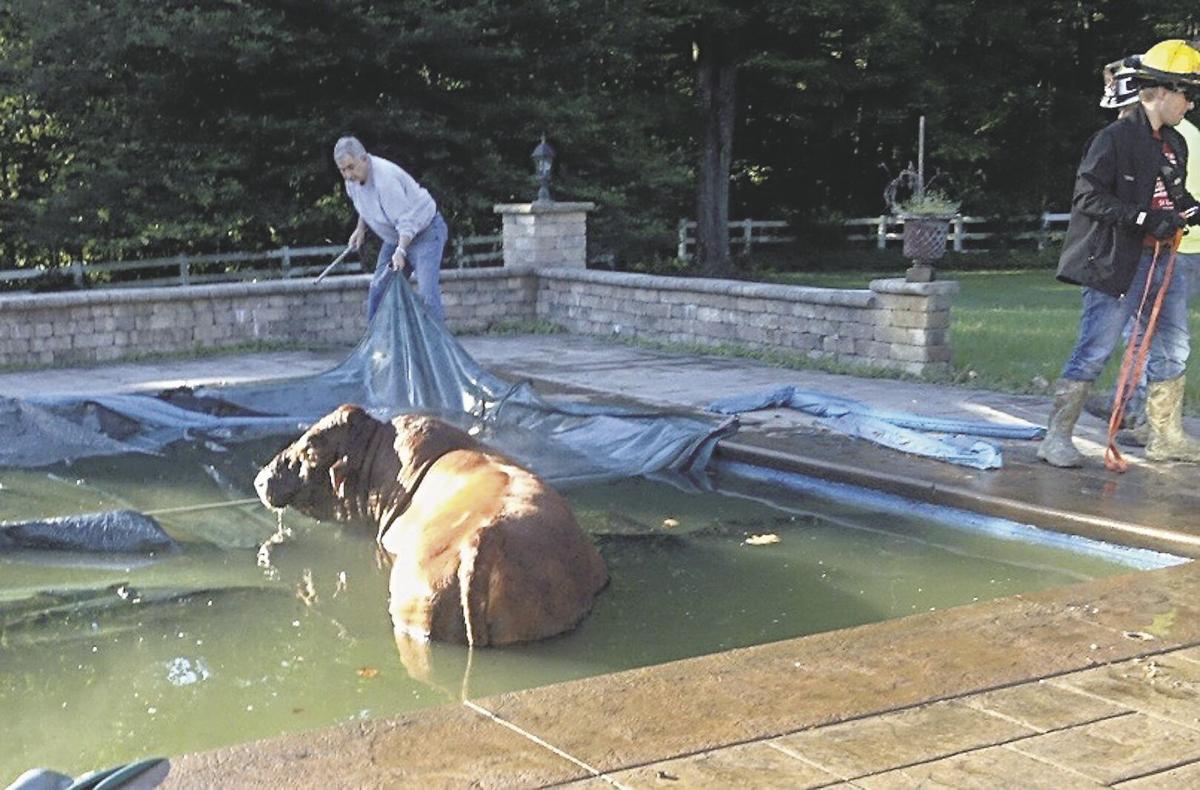 Anthony Baggatta and firefighters try to coax the 2,500-pound Brahma bull out of the shallow end of Baggatta's pool in Pulaski Township.

A Brahma bull struggles to get out of a swimming pool in Pulaski Township after becoming entangled in the pool cover.

Anthony Baggatta and firefighters try to coax the 2,500-pound Brahma bull out of the shallow end of Baggatta's pool in Pulaski Township.

Most people with in-ground swimming pools might find an occasional sign of wildlife that crawled in, such as a frog, a toad, a squirrel or chipmunk.

Imagine the surprise of Mary Ann and Anthony Baggetta of Pulaski Township when they looked out Wednesday morning to see a 2,500-pound Brahma bull thrashing around in the water.

"It was just after 6 a.m. and we were having our morning coffee inside, and we saw the pool cover going up and down," Mary Ann said. Her husband went outside and noticed a hole in its cover. Then he saw that the cover had another hole in it and the bull's head was poking through it, she said.

"I was afraid it was drowning and we didn't know what to do, so we called 911,"  Mary Ann said. "It was scary. I'm afraid of big animals, but I don't want to see them get hurt and it was so exhausted."

They had not yet uncovered and opened their pool yet this season, she said.

The bull had gone into the 8-foot-deep end of the pool and he was still in the deep water when the emergency units arrived. They had to cut the liner to free him, she said, then they coaxed him into the shallow end and somehow lured him out of the water.

"They were fantastic," she said of the emergency responders.

Even their Yorkshire terrier, who always barks, was afraid and was silent, she marveled.

The Pulaski Township police and fire departments responded, and after about half an hour of trying to coax the bull out of the water, they managed to lure it out safely,  Pulaski fire chief Guy Morse said. The pool cover had webbing with spring action, and the bull had become trapped in the webbing, he explained.

"He got out and was pretty upset," Morse said.

The Baggatta were left with a torn pool cover that was designed to be strong enough that a grown man could walk on it, Mary Ann said, "but I guess not a bull. It's all in shreds now."

The couple have lived in their home on State Line Road for 26 years, and this was the first time anything of such significance had ever climbed into their pool, she said.

But things weren't over yet. After the animal was out of the pool, the agitated bovine ran through a fence toward State Line Road, and a local farmer and the firefighters followed it in their trucks to try to keep it from running onto Route 422, but their biggest fear came true — the bull made its way onto the highway.

The Coitsville, Ohio, police department and the tow truck driver from Mesaros Towing of Coitsville came in to assist the fire department with positioning their trucks so it wouldn't be hit by any approaching vehicles, Morse said. Ultimately, they got him onto Baird Road, where a nearby farmer managed to corral the animal into a fenced-in area until they could find its owner, who they learned lives on Baird Road, a few miles from the Bagattas.

The bull, which had no horns, had been brought here from Colorado, Morse learned. He said that the bull was unharmed, "but I thought for awhile we were going to lose it.

"You never know working this volunteer service what you're going to get called out for," Morse mused afterward.

He expressed his appreciation to the tow truck company and the Coitsville police, saying, "It was a team effort."