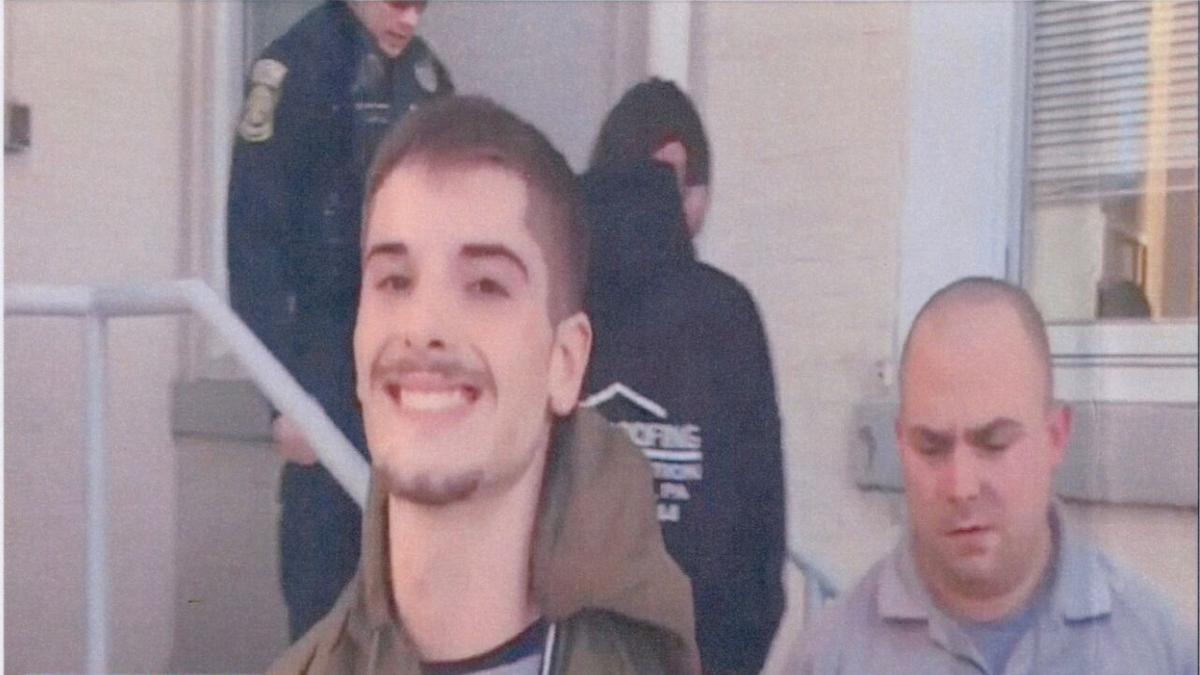 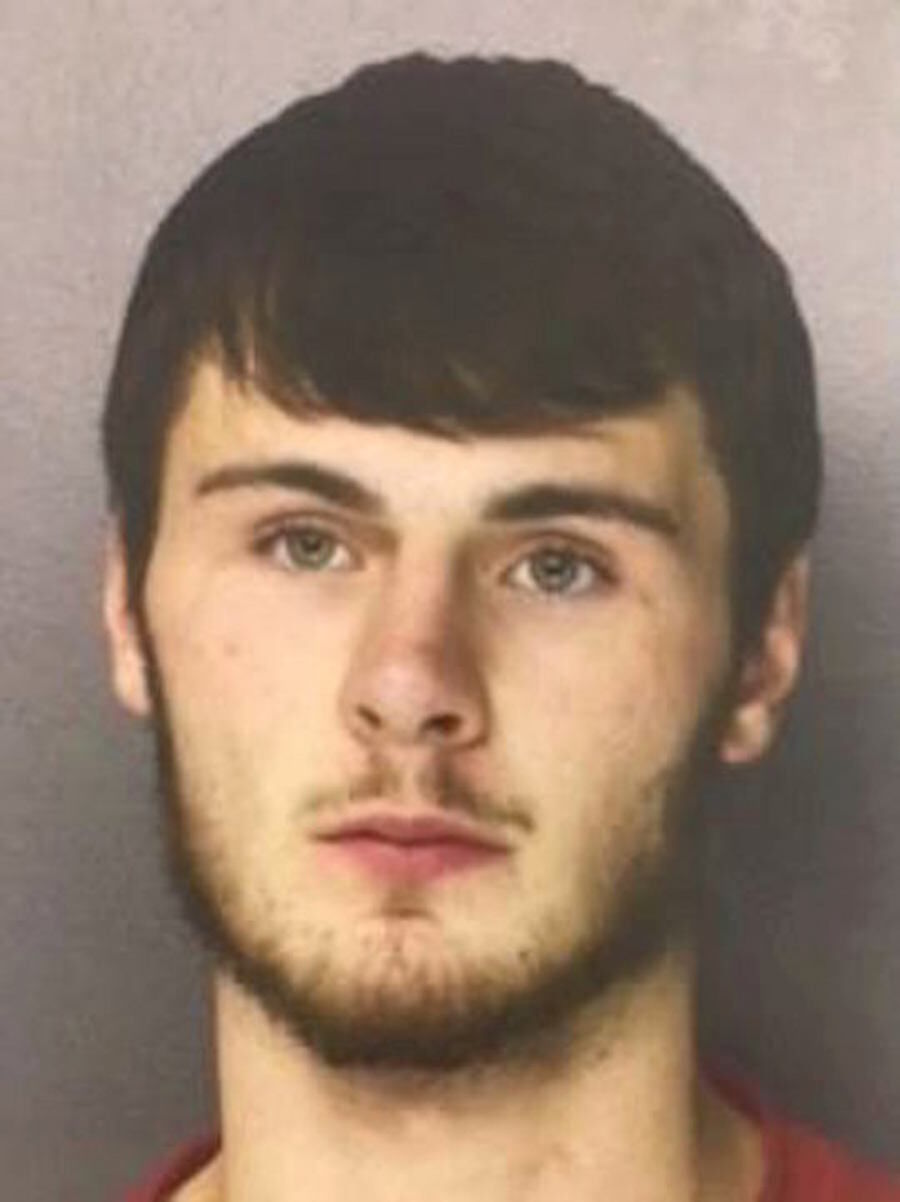 The image of a smiling Caden Popovich was aired on Pittsburgh television news and online after his preliminary hearing in the shooting deaths of two teenagers.

That picture returned to haunt him in a courtroom Tuesday.

Friends, family, and even the judge recalled the captured screenshot photo of Popovich looking smug after his court hearing in the shooting deaths of 17-year-olds Cameron Martwinski and Justin Luca.

Popovich and Dohnavin Miller were arrested Feb. 27, 2018, as suspects in the shooting deaths of the two teens, which reportedly occurred after a disagreement in an apartment house at 844 Franklin Ave. on the city’s East Side. Martwinski died just before midnight on Feb. 25 in the apartment, and Luca died after midnight, the morning of Feb. 26 at the hospital.

Both suspects fired guns at both teens, according to criminal complaints and court testimony.

Popovich and Miller, both now 21, have been in the Lawrence County jail without bond since the shooting.

They were to stand trial together before a jury this week, but instead they entered guilty pleas Tuesday to two counts each of voluntary manslaughter, first-degree felonies in the Lawrence County Court of Common Pleas.

Judge J. Craig Cox accepted the pleas and sentenced them in separate proceedings.

The two criminal homicide charges against each of them were reduced, and other counts pending against them are to be dismissed as part of the plea agreements made with prosecuting attorney Patrick Schulte, senior deputy of the state Office of the Attorney General.

Had Popovich and Miller been convicted by a jury on the homicide charges of first-degree murder, they could have faced maximum sentences of life in prison and $100,000 in fines.

Before sheriff deputies led Popovich off to prison, Cox commented to him, “The court recalls seeing you on TV. Your facial expression is going to be in everyone’s memory forever.”

He ordered Popovich and Miller be transported to the state Correctional Institution at Greene County for processing, “as soon as possible.”

Popovich, showing no expression or emotion, uttered, “I’m sorry for all the pain and suffering I caused both families of the victims.” He added that he hopes someday they can forgive him.

The deaths also impacted the local law enforcement community, many of whom rallied around the families in court. Martwinski was the son of Lawrence County District Attorney detective Vincent Martwinski, and Lori Gales. Luca was the grandson of state trooper Tom Luca, now deceased, and he was the son of Tom Luca and Jennifer Pezzulo.

Gales said to the court and directly to Popovich, “It’s not fair I had to plan the funeral of my 18-year-old child. It’s not fair how he was ripped out of our lives.”

She recalled the TV footage the day of Popovich’s arrest and addressing him said, “I hate you. I will hate you immensely till my last breath. You don’t deserve to be in my head with the beautiful memory of my child.”

She vowed she will always be present when Popovich comes up for consideration of parole.

Tom Luca, father of Justin Luca, told how his son always took care of his great-grandparents and how he was a caring person. Justin left a younger brother and two sisters.

“Not only has this hurt me as a father, but I hate what it has done to these children by taking away my oldest son,” he said. “This cowardly act, what these two criminals caused that affected my life, has affected my mental health and forced me to retire at a young age. Not a day goes by that I don’t think about that day.

“I don’t think Caden Popovich has any remorse about what he’s done to my family and my son,” Luca continued. He, too, then referred to the news camera photo of a smiling Popovich.

“I hope they both rot in hell. Im my eyes, you are cowards,” he said.

Vincent Martwinski submitted the Channel 11 News photo of Popovich to the court as part of his official impact statement.

“Cameron Martwinski was my son, and Caden Popovich (and Dohnavin Miller) senselessly murdered him on Feb. 25, 2018,” he said. “Anger, sadness, grief, heartbreak and loss do not even begin to explain the impact of being the family member of a homicide victim, let alone a parent.”

He described how seeing his son’s bloodied, bullet-ridden body “changed me forever.” He described Cameron as a loving child, who could light up a room by walking into it.

To Popovich, he said, “Cameron’s life meant absolutely nothing to you when you so cowardly shot him numerous times with no remorse, and robbed us of any future with him.”

Martwinski told Popovich that he ruined his own life by the choices he made.

During his years in law enforcement, one thing that has resonated with him “is that evil truly exists in our world,” Martwinski continued. He referred to the photo “as proof that Caden Popovich is truly evil.”

“My heart is broken into so many pieces it will never be repaired,” Luca’s mother, Jennifer Pezzulo, said tearfully. His sisters were 5 and 6 when he died.

“It shows how he was raised, with a lack of caring and compassion. It makes me angry that their lack of a solid family has affected mine,” she said.

Luca was her first grandson, she said, “and my family was wild over him. They were our boys.”

She said she asks the question every day, “Jesus Christ, Why? Why did this happen?”