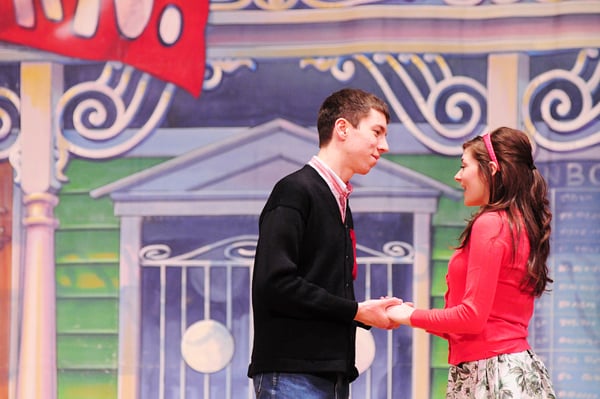 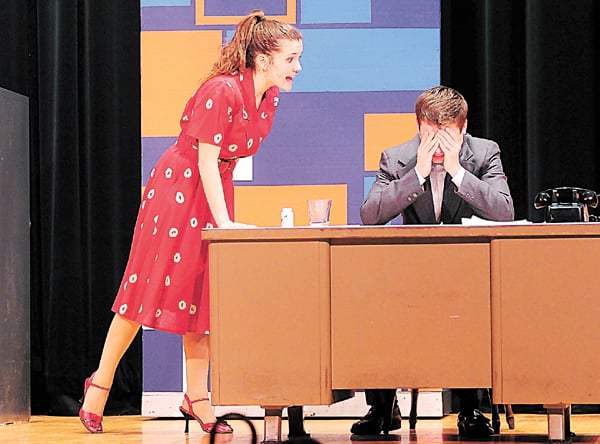 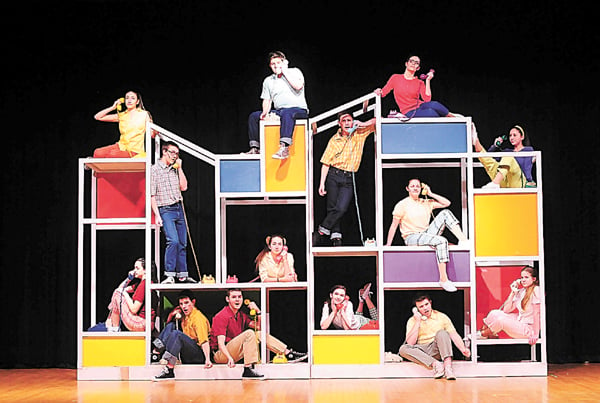 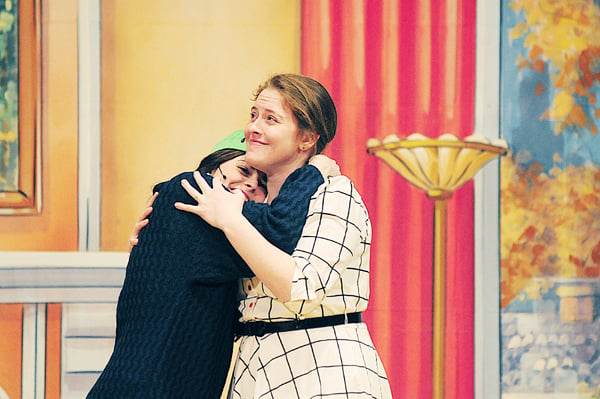 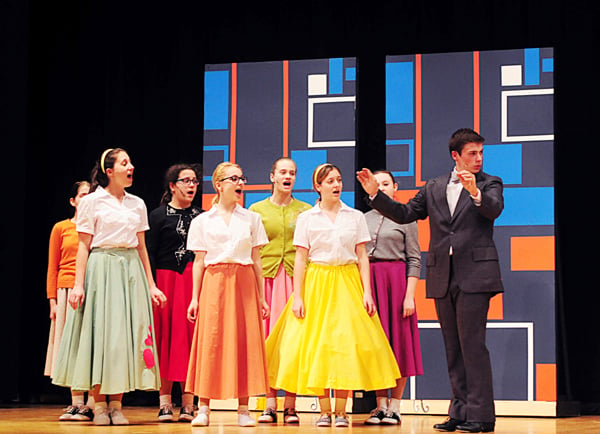 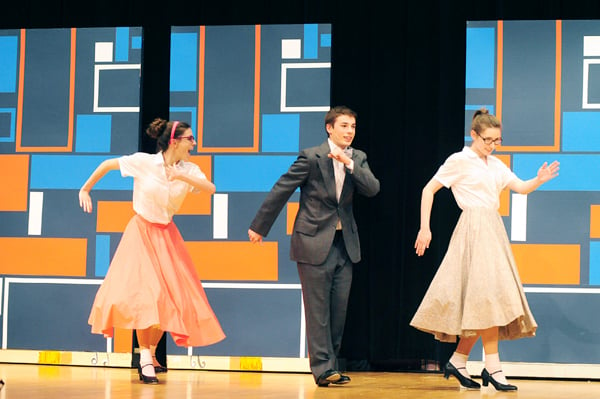 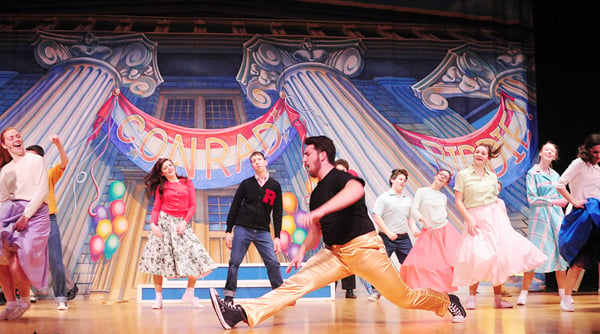 Kevin Younger does a split in his role as Conrad Birdie.

Kevin Younger does a split in his role as Conrad Birdie.

Angelucci also closed generational gaps with a history lesson on the rock legend’s life as Presley prepared to enter the Army. The musical is loosely based on the frenzy surrounding that event.

“Initially, they’re like, ‘What?’ ” he said of students’ reaction.

“When you’re doing shows … from years ago, you still have to throw in a lot of history, too. You have to explain to them, ‘That’s what this means.’ ”

“There were definitely some lines that I had to go, ‘How should I go about this, Paul?” senior Kaitlyn Shaffer recalled.

Shaffer, who plays the role of Rose “Rosie” Alvarez,” is one of four seniors who headline the show. Joining her are Jenna Cochran (playing Kim MacAfee), Christian Davis (Albert Peterson) and Kevin Younger (Conrad Birdie).

Younger portrays the rock singer who gives “one last kiss” to 15-year-old Kim MacAfee of Sweet Apple, Ohio, before heading into the military. Younger somewhat sacrificed for the part, changing his hairstyle and shaving his beard but keeping the mutton chops to assume the Elvis-like persona.

He also credited a YouTube search that developed his exaggerated gyrations.

Cochran admired the era’s poodle skirts, bobby socks, saddle shoes — although she doesn’t recall ever wearing any of those items.

“Maybe for Halloween,” she said. “(However, the costumes are) full of bright colors and patterns but it’s also very clean.”

Playing Birdie’s manager and Rosie’s boyfriend, Davis is appearing in his first lead.

“The kids have a blast doing it, and it shows. I tell the kids that if they’re having fun onstage so will the audience.”

The opening performance is at 7:30 p.m. Friday in the Shenango High auditorium.

•Shenango High’s presentation of the musical “Bye Bye Birdie” will take place 7:30 p.m. Friday and Saturday in addition to 2 p.m. Sunday at the high school auditorium.

•For more photos and a complete cast list, visit www.ncnewsonline.com.