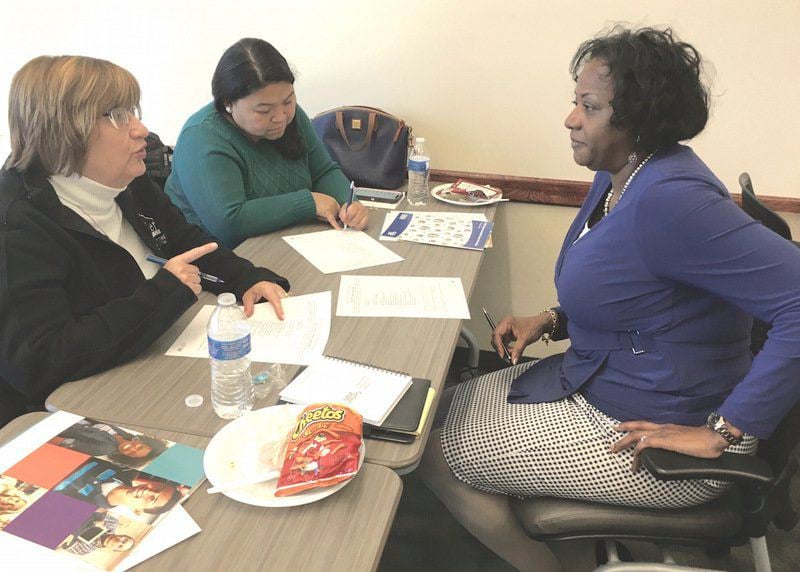 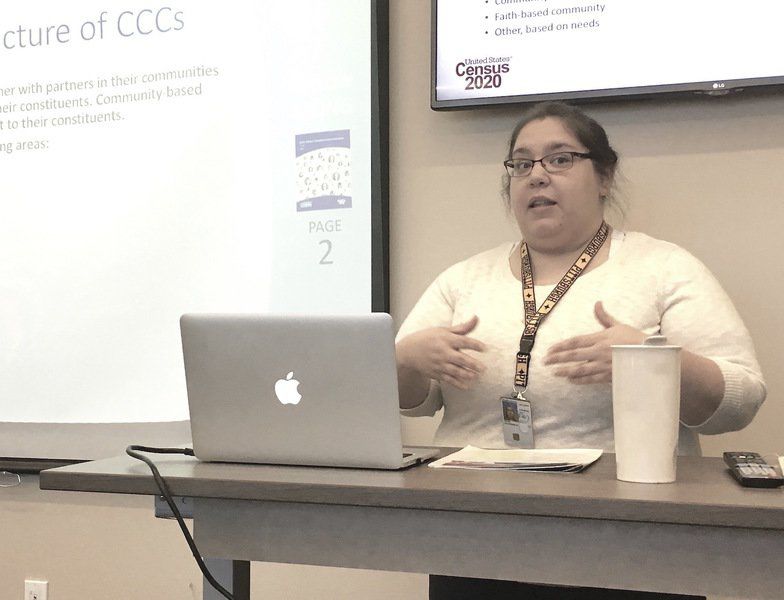 Katherine David of Grove City, partnership specialist for U.S. Census 2002, talks about the importance of everyone’s participation in the upcoming population count.

Katherine David of Grove City, partnership specialist for U.S. Census 2002, talks about the importance of everyone’s participation in the upcoming population count.

That’s the message that Katherine David wants the local Complete Count Committee to get out to all of the citizens of Lawrence County to ensure their heads get counted in the United States Census 2020.

The committee’s purpose is for members to help design an outreach plan for hard-to-count areas in the county.

The focus is to encourage all residents of the county to respond to the 2020 census by internet, mail or phone.

“We’re hoping to get a good response online this time,” David said.

David, partnership specialist for the United States Census 2020, emphasized the importance of getting more response from places such as the city of New Castle, Ellwood City and Westminster College, “because of low response scores in the previous census.

“We need to let people know it’s easy, safe and important,” she said.

David explained that the census bureau encourages community leaders in hard to count areas and populations to form Complete Count Committees, comprised of influential community members, the media and people appointed by the highest elected government officials. Their role is to spread the word in the community about the importance of the census and the participation of all of the citizens.

“The (Complete County Committees) are census ambassadors,” she said.

The committee can make a significant difference in making sure their community is counted, David said.

All responses to the census bureau surveys and censuses are confidential and protected by federal law, she said, emphasizing that the information has to stay confidential for 72 years, by law. A violation of that could result in fines and imprisonment.

The census is important when it comes to the distribution of more than $675 billion annually in federal funds to tribal, state and local governments. It’s important in the redistricting of state legislative districts, in forecasting future transportation needs, for determining areas eligible for housing assistance and rehabilitation loans, for help in in planning and implementing programs and services and emergency response, and for designing facilities for people with disabilities, the elderly and children, according to information David disseminated in Monday’s training session.

She emphasized that April 1 is Census Day in the United States, when the program to count heads in the country will be launched. The count will be based on where people are residing on April 1, she said. Door-to-door counts will begin in early May, and the last day of the count will be July 31.

Changes anticipated for this coming census count are that citizens can respond online, by mail or by phone. If the public provides data by any of those methods, it will reduce the number of in-person follow-up visits to non-responding households, David said.

Apportionment, David explained, is the dividing of the 435 seats in the House of Representatives among the 50 states. By law, the U.S. Census Bureau must deliver a report of the population counts to the president of the United States by Dec. 31, 2020.

The report provides the population counts by state, and the number of seats in the House apportioned to each state.