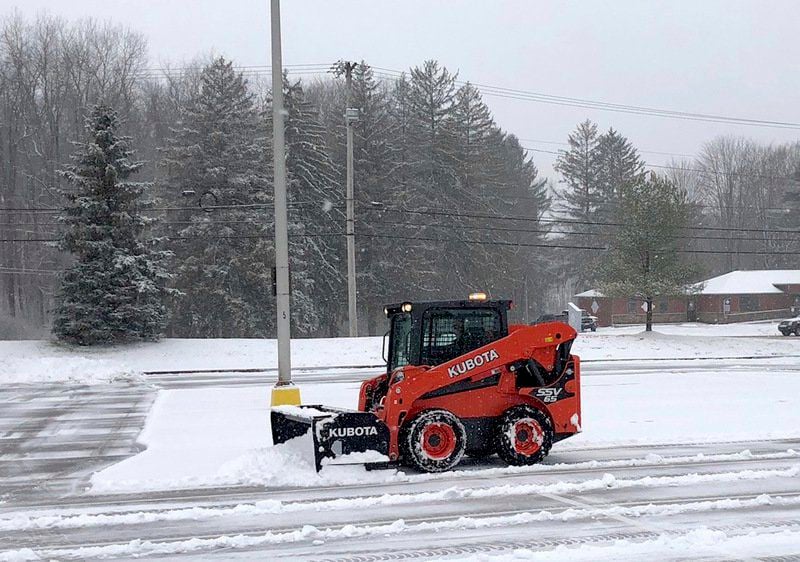 A worker removes snow from the parking lot at Field Club Commons on Friday morning. The area was blanketed with 3 to 5 inches of snow. 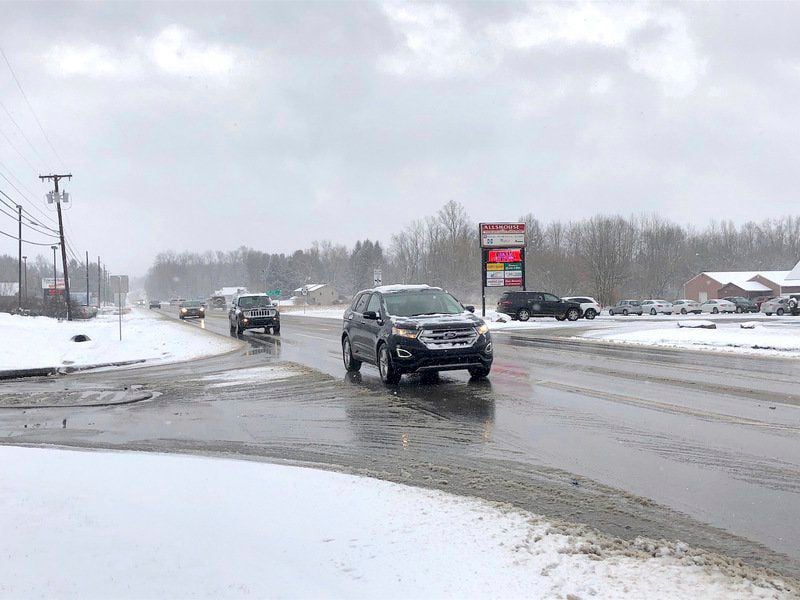 Drivers moved with caution Friday morning on Wilmington Road in Neshannock Township. While most area schools operated on a two-hour delay, area road crews were out plowing and salting roads.

A worker removes snow from the parking lot at Field Club Commons on Friday morning. The area was blanketed with 3 to 5 inches of snow.

Drivers moved with caution Friday morning on Wilmington Road in Neshannock Township. While most area schools operated on a two-hour delay, area road crews were out plowing and salting roads.

Snow-covered roadways and altered school schedules greeted county residents Friday morning as road crews for the city, state, boroughs and townships were out plowing and salting to ensure a safe morning commute.

Brian Heichel, public works director of the city of New Castle, said he let everyone know the plan ahead of time due to snow in the forecast.

With the National Weather Service’s Winter Weather Advisory expiring early Friday afternoon, snowfall totals ranged from 3 to 5 inches around the county, and most schools operated on a 2-hour delay.

Ellwood City closed, while New Castle, Neshannock, Shenango, Wilmington, Laurel and the Lawrence County Career and Technical Center and Laurel schools all opened on the delay. Mohawk and Union schools were closed, but used a flexible instruction day with students completing assignments at home.

Traffic moved cautiously mid-morning in and around New Castle as road crews were out plowing and salting the roads.

Heichel said the city has eight trucks, and “that is not a lot to get the roads done.”

“I didn’t hear of any (incidents). We had a truck stopped up on Taylor Street, but that was a minor. There was one bus stuck on the hill, and we salted and got them up there.”

Heichel said the city does the best it can with the resources it possesses.

“We are out there, prepared and full of salt,” Heichel said. “I travel around and I see what other cities do. I would put us up there with anyone else. You can usually see where the city line starts.”

Neshannock Township supervisor Joseph Gierlach, who also serves as public works director, praised the road crew for getting out and working on the roads at 4 a.m. Plus, he talked twice with Neshannock Township School District superintendent Dr. Terrance Meehan about the condition of the roads.

“Dr. Meehan and I talked at 5 and 6 a.m., and it is up to them whether they want to call for a delay or close,” Gierlach said. “A couple schools in the area closed, but we stayed open. That is a tribute to my guys out working on the roads.”

Gierlach said the roads were “treacherous” when the five road crew members went out well before dawn, but were able to improve road conditions after plowing and salting for a few hours.

PennDOT, early Friday morning, reduced the speed limit on I-376 in Beaver and Lawrence Counties to 45 mph, but that was lifted before noon.