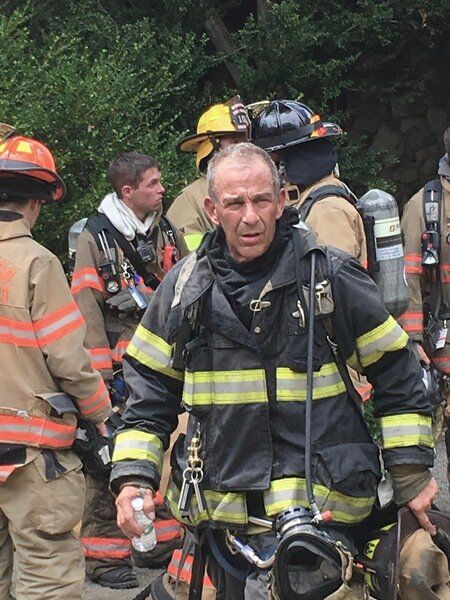 Don Cornelius walks away from the Route 956 fire scene after helping to beat down the blaze in the apartment building. Cornelius is a firefighter for the Mercer East End Fire Department in Mercer County. 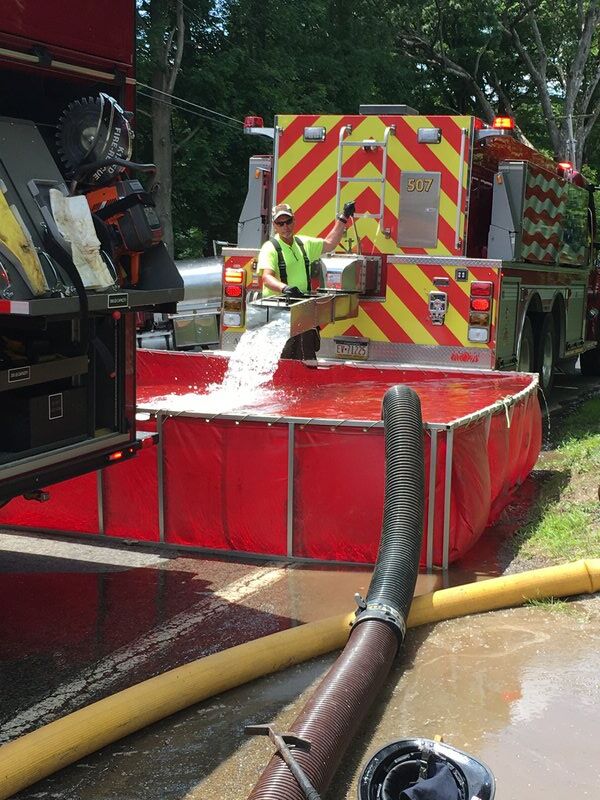 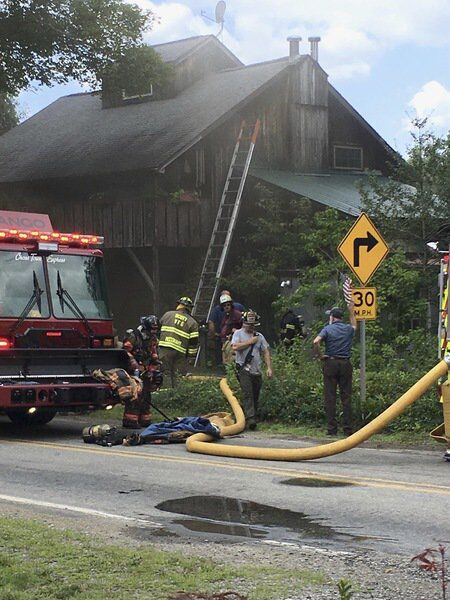 Firefighters work to put out an apartment fire on Route 956 in Wilmington Township. 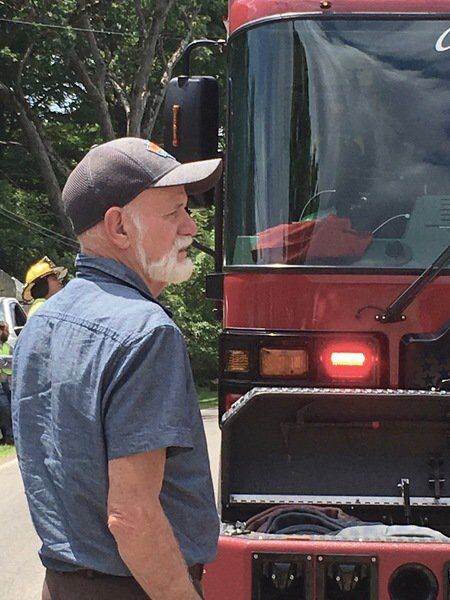 Jack Elder watches as firefighters work to save his apartment building. 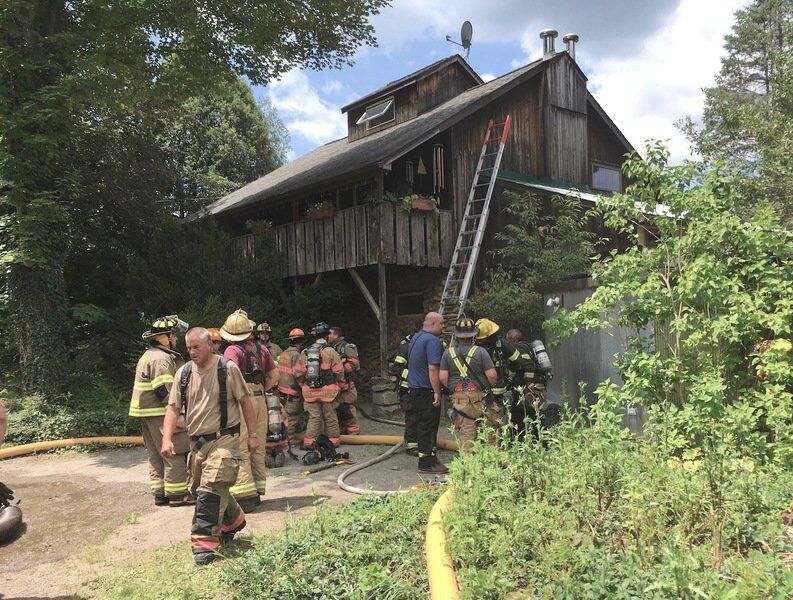 Firefighters from Lawrence and Mercer counties converge on an apartment fire on Route 956 in Wilmington Township. 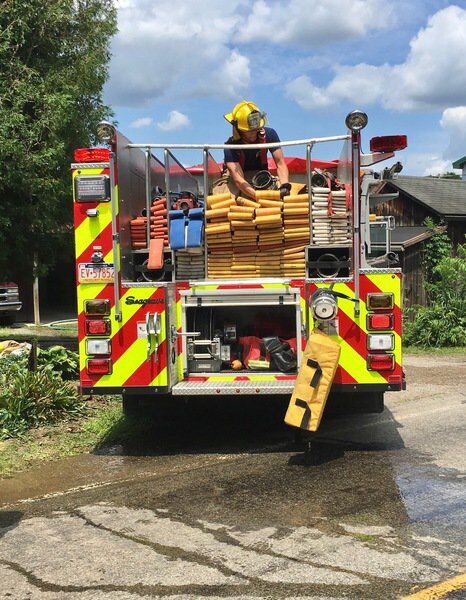 A firefighter neatly folds up the hoses after the fire is out on Route 956.

Don Cornelius walks away from the Route 956 fire scene after helping to beat down the blaze in the apartment building. Cornelius is a firefighter for the Mercer East End Fire Department in Mercer County.

Firefighters work to put out an apartment fire on Route 956 in Wilmington Township.

Jack Elder watches as firefighters work to save his apartment building.

Firefighters from Lawrence and Mercer counties converge on an apartment fire on Route 956 in Wilmington Township.

A firefighter neatly folds up the hoses after the fire is out on Route 956.

Firefighters from 10 volunteer departments converged on a two-story apartment building that caught fire in Wilmington Township early Thursday afternoon, saving it from burning to the ground.

Their quick response allowed them to limit the fire to one apartment in the rustic barn-like building on Route 956. The apartment where the fire ignited was gutted.

"Thank God for these people," building owner Jack Elder said of the firefighters. "These guys are just amazing."

A shaken up Elder, who has owned that building since the 1970s, along with adjacent buildings he rents out as apartments, said, "Nobody was hurt. That's all I care about."

He was driving home from Grove City when a friend called and told him his apartment building was on fire, he said. The tenants of all three apartments reportedly were at work when the blaze broke out around 12:30 p.m.

Julia and Brandon Martinez, who live in an apartment in a next-door building, work from home. Julia said she had just clocked out on her computer for lunch and they were talking about what to eat, when Brandon told her he smelled smoke, she said.

"He went outside and saw the door was engulfed in flames," she said of the building next door. Although they tried to call 911, a passerby already had reported the fire, she said. The couple got their dog and left their own residence and watched the fire response from across the street.

Tom Benson, who lives with his wife across from the apartment building, said they were inside and their three dogs started barking. He told them to quiet down, and they did, then they started barking again.

"I came out to see what was going on and I saw the smoke," he said. He learned that nobody was home in any of the apartments, and "as long as nobody was hurt, that's the main thing," he said.

The fire departments trucked water to the scene from hydrants in Pearson Park in Neshannock Township and from other locales. The firefighters set up a water reservoir at the scene and the water was pumped from there into the hoses.

The apartment where the fire started, had a first- and second-floor level and was damaged throughout, according to New Wilmington Borough second assistant fire chief Bryan Sullivan. He said the other two apartments in the house were habitable but had smoke damage.

The American Red Cross was called to assist the fire victims, he said.

He would not speculate on the cause of the blaze, saying the state police fire marshal is investigating it.

He estimated between 20 to 30 firefighters at the scene.

The responding fire departments in addition to New Wilmington were from Volant Borough, the townships of Neshannock, Pulaski, Hickory, Scott and Mahoning in Lawrence County, and Mercer East End, and Shenango and Springfield townships in Mercer County. The Jefferson Township department was on standby for other calls.

A section of Route 956 was blocked to traffic, and Wilmington Township supervisor Dan Kennedy manned one end with a township truck. Volant Borough officials stopped traffic at the other end, Sullivan said. He added that Noga Ambulance also stood by in case of emergencies.

Sullivan said he is proud of how the firefighters from the different departments worked together.

"We rely heavily on our mutual aid departments," he said. "It's  no secret that there's a shortage of firefighters. We return the favor when we can. We try to do a lot of mutual aid trainings, so we're on the same playing field when we get there, and it works out really well."