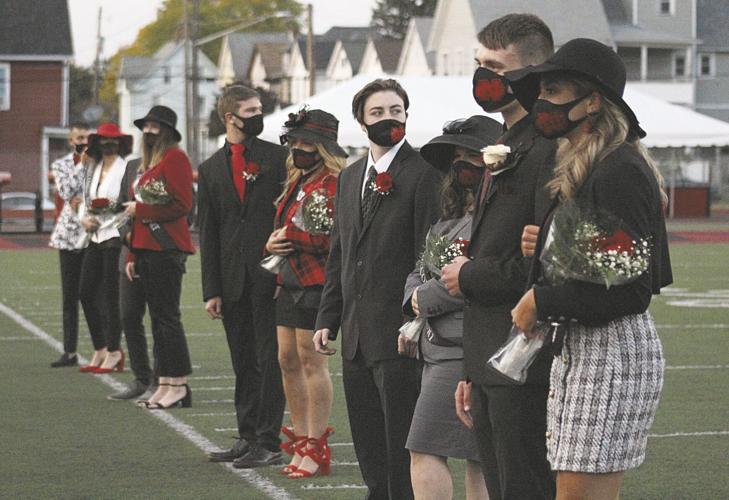 Part of the New Castle homecoming court stands during a ceremony at Taggart Stadium. 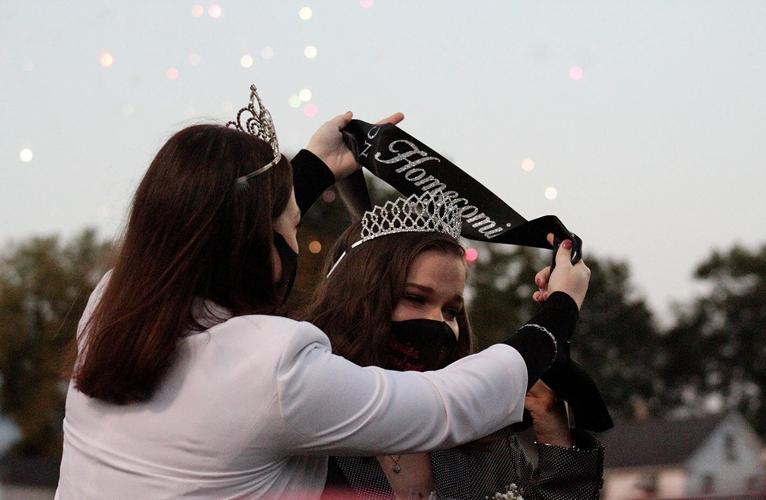 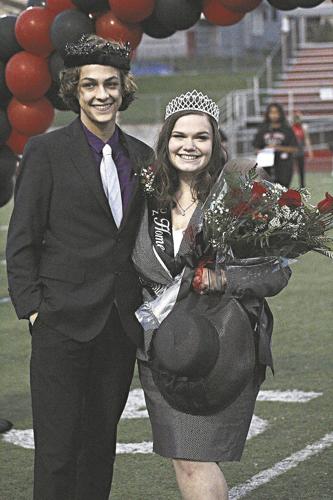 Part of the New Castle homecoming court stands during a ceremony at Taggart Stadium.

Superintendent Debbie DeBlasio emphasized that the homecoming activities, nevertheless, would continue as scheduled, because none of the students on the court was exposed to the football players, and exposure has been limited because school is not in live session.

Homecoming activities entailed a parade around the outside of the stadium, beginning at 5:45 p.m. on Cunningham Avenue and proceeding around the entire block, then entering the stadium. The procession then went around the track once.

The homecoming court ceremony was at 6:35 p.m. in the stadium, when Luke Bongivengo and Alexis Bethle were named king and queen.

DeBlasio said that under the COVID-19 requirements, the governor opened up the seating capacity to 15 percent occupancy. She said that about 320 tickets had been distributed for Friday’s event, out of a capacity of 7,200.

The football player who tested positive is the first student in the New Castle district to have contracted the virus, as far as the administration knows, she said. She and other administrators have been in contact with the state Department of Health about the matter, and the department and district nurses have been conducting contact tracing through the students’ families.

Because the district classes are not in session live, the exposure to other students has been limited, she said. DeBlasio noted, however, that all of the football players could have been exposed, and the district is awaiting information from the state Department of Health about whether or not those players and coaches should be quarantined.

Where the district goes from here remains uncertain.

“It was a very long and tedious day for everyone. We woke up with plans in place for a Homecoming game and as the morning progressed, realized that was not going to happen. Our administration will get together with coaches on Monday and then we will provide more information.”

The player’s mother works at the New Castle Area Transit Authority, according to trainer Randy Raeburn, and she learned Wednesday that she had tested positive for the virus. Last Saturday she had no symptoms, according to Raeburn, but by Monday had requested a test after she began to feel ill.

“The mother wore a mask all of the time,” Raeburn said. “I never saw her without it.”