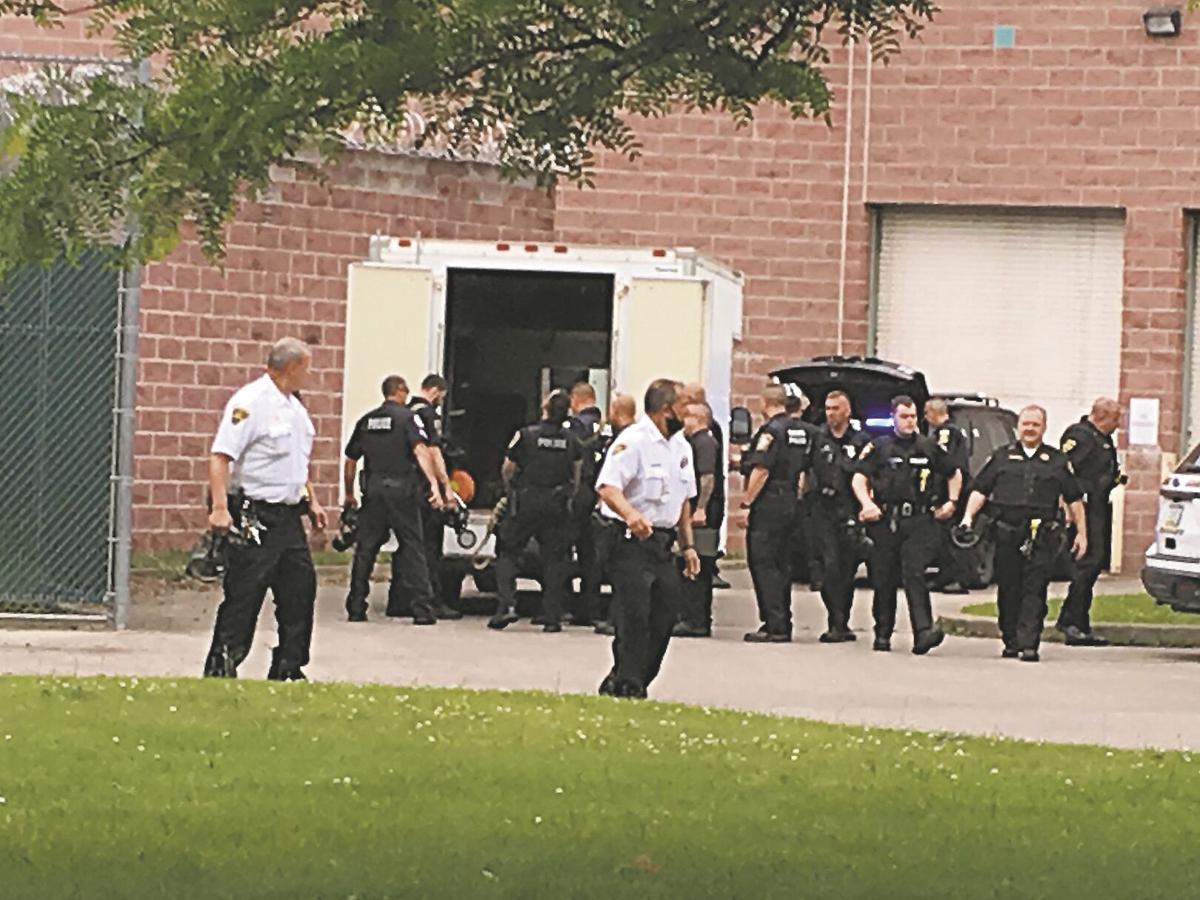 Police officers from throughout Lawrence County respond to a  protest incident among inmates at the county jail. 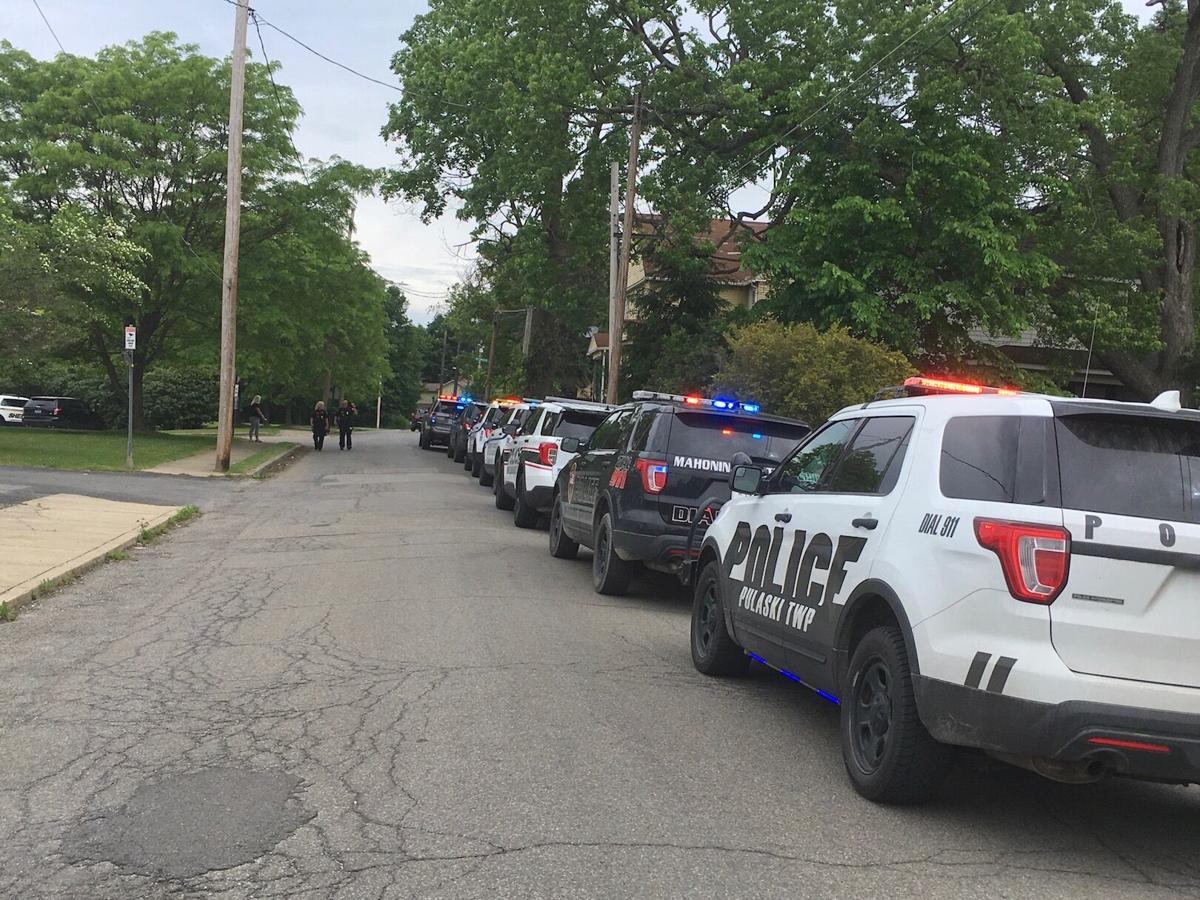 A cavalcade of police cars is lined up outside of the Lawrence County jail during a protest, then a lockdown late Tuesday morning. 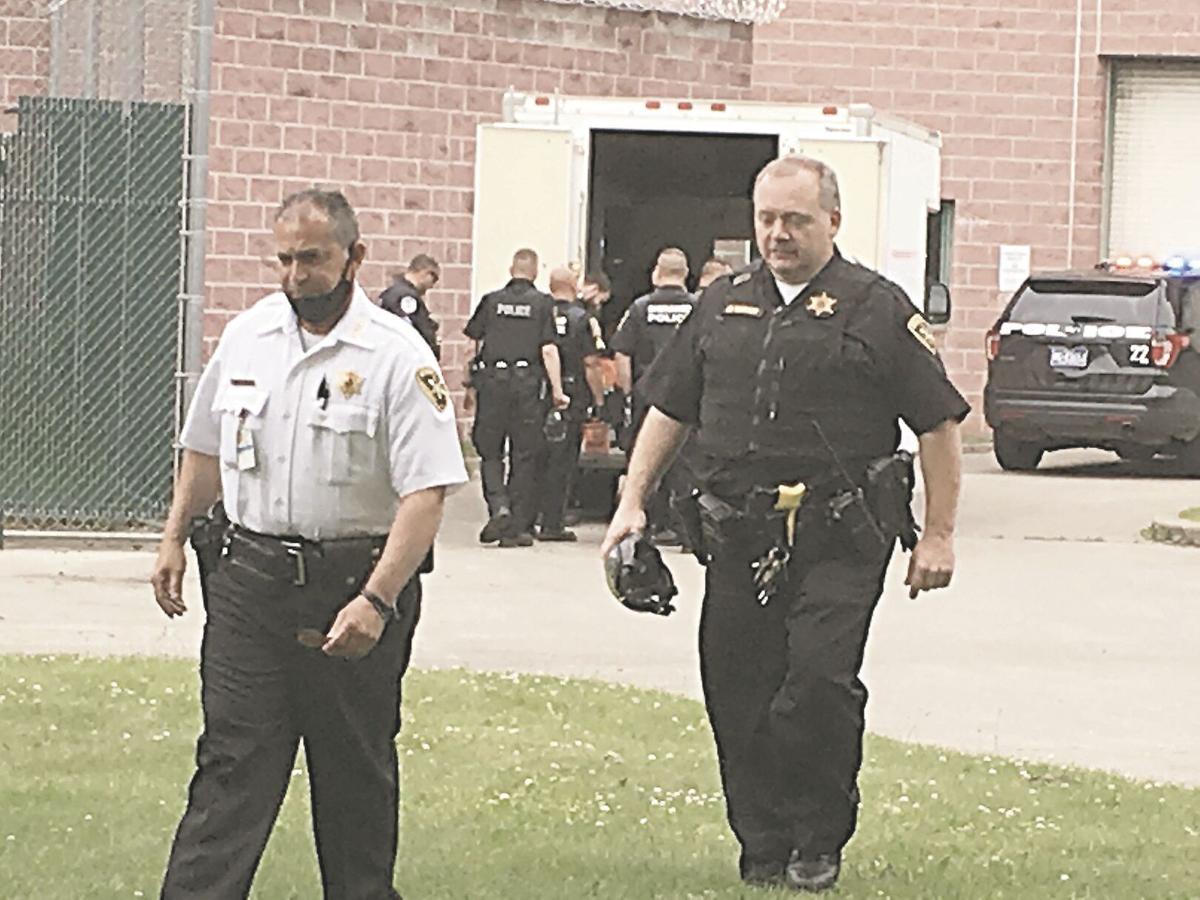 Police officers from throughout Lawrence County respond to a  protest incident among inmates at the county jail.

A cavalcade of police cars is lined up outside of the Lawrence County jail during a protest, then a lockdown late Tuesday morning.

A protest among inmates in a common cell block area inside the Lawrence County jail Tuesday was over the law library computer kiosks being out of order, a county commissioner reported.

About 40 officers from county police departments and the county sheriff's office converged on the jail around 11:30 a.m., upon receiving a report of a potential for a riot. The New Castle police were first to arrive and discharged a flashbang and a gas (believed to be a pepper spray) to gain control, police chief Bobby Salem said. All of the inmates returned to their cells after that, he said.

"There were a lot of people coughing in there," Salem said.

More than 20 police cars with flashing lights were lined up along Milton Street, and two ambulances were on standby, but no injuries were reported from the incident.

Commissioner Loretta Spielvogel, chairwoman of the county's prison board, said the disturbance occurred when the inmates refused to go into their cells, as is protocol before lunchtime. She said the cell block holds 63 inmates, and a total of 49 were gathered in the common area, refusing to go into their cells to get ready for lunch.

The captain there contacted the warden and the warden went there to try to talk them, she said.

She explained that the operation of the law library kiosks, which are provided for the inmates to do legal research, are contracted to Keefe Commissary, which subcontracts to another company. The kiosks have been inoperable because of a problem with the computers at the subcontracted company, Spielvogel said.

The warden talked to the inmates for half an hour, explaining the situation, and they still refused to return to their cells, she said. The warden then radioed his deputy to contact the county sheriff's department and 911.

"The inmates weren't fighting," Spielvogel said. "They were just protesting, and all available units were called."

A mother of one of the inmates had called the New Castle News, saying that her son called her and said he feared for his safety.

Spielvogel said that when she left the jail around noon, the inmates were all locked in their cells.

She said the jail staff "followed protocol, and thank God there were no injuries."

As of 3 p.m. Tuesday, the inmates were still in lockdown in their cells, Warden Brian Covert said, adding he did not know when that status will change. He said the jail replaced the kiosks a few weeks ago and has been having problems with them.

He said they are popular for the inmates to look up their case histories, different court rulings and related legal matters.

"It's an informational guide and online legal research tool, tailored just for inmates," Covert said, adding, "I'm going to make sure we get this fixed and hopefully we'll get it fixed today or tomorrow."

Dennis DeSilvey, 72, of Gearhart Road, Pulaski, passed away at UPMC Presbyterian Hpspital on July 27, 2021. Private services with Smith Funeral Home, New Wilmington. Celebration of his life will be announced at a later time.