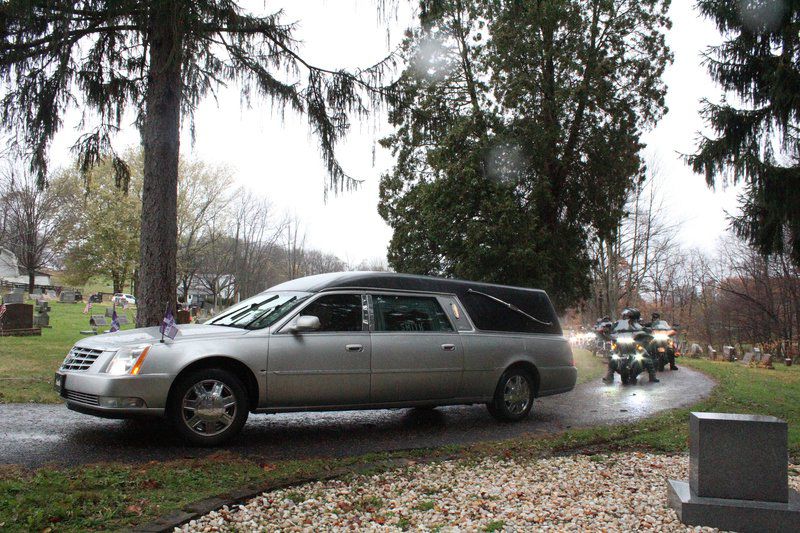 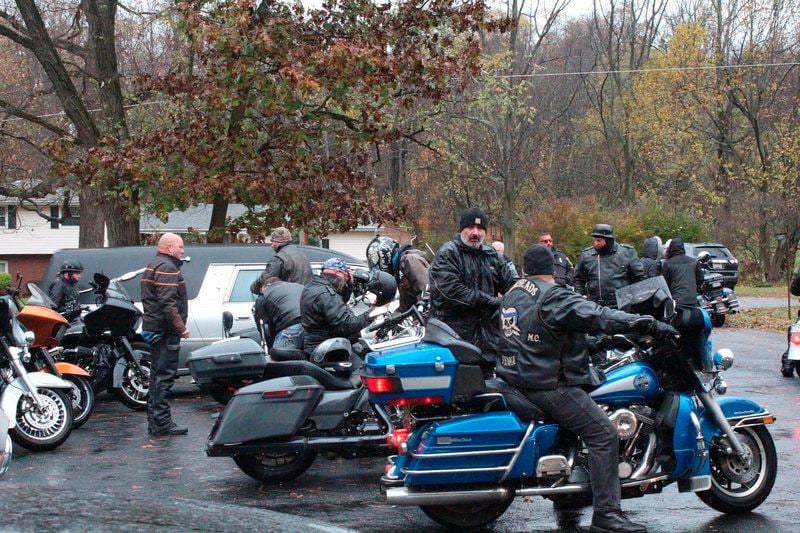 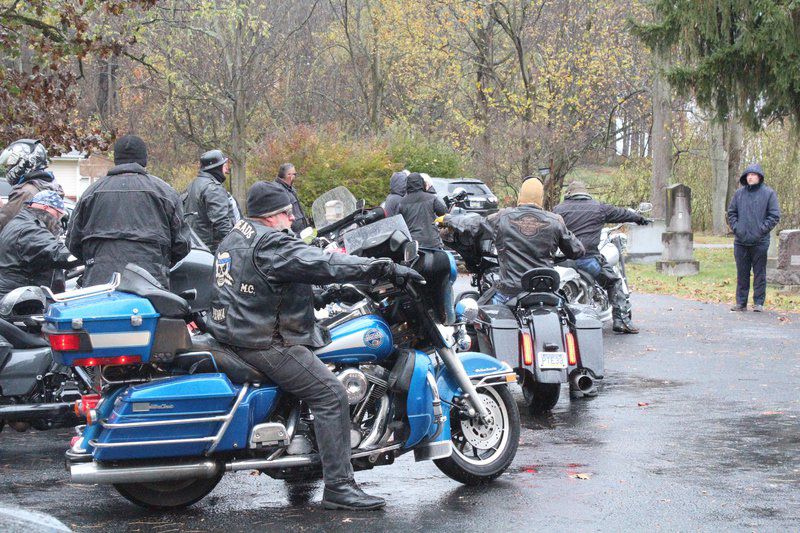 Area motorcyclists remembered a fallen comrade Thursday by riding in procession from a Slippery Rock funeral home to a Lawrence County cemetery.

Scott Boyer, 55, of Slippery Rock Township, died Saturday at UPMC Presbyterian Hospital in Pittsburgh after the motorcycle he was riding struck a deer just before 7 p.m. Nov. 1 on Route 65 near Mosser Road.

He left behind a wife and two children, who are in 11th and 6th grades in the Laurel School District.

A service was held at 11 a.m. Thursday at the Smith Funeral Home in Slippery Rock. After the service, a group of fellow bikers braved the morning rain to lead a procession from Slippery Rock west on Route 188, passing Laurel High School, then proceeded to St. Nicholas Orthodox Cemetery in Slippery Rock Township.

A GoFundMe page to benefit Boyer’s family and to defray funeral expenses has been established at gofundme.com/f/scott-boyer-memorial.