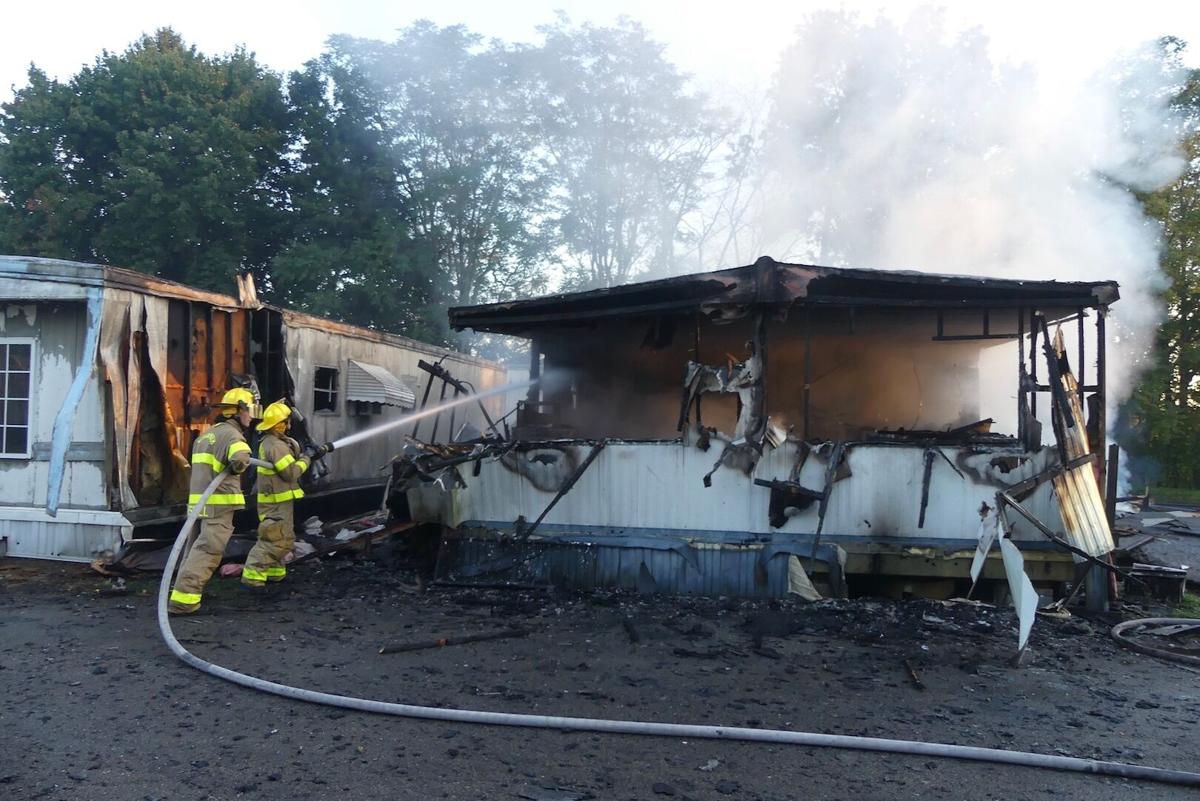 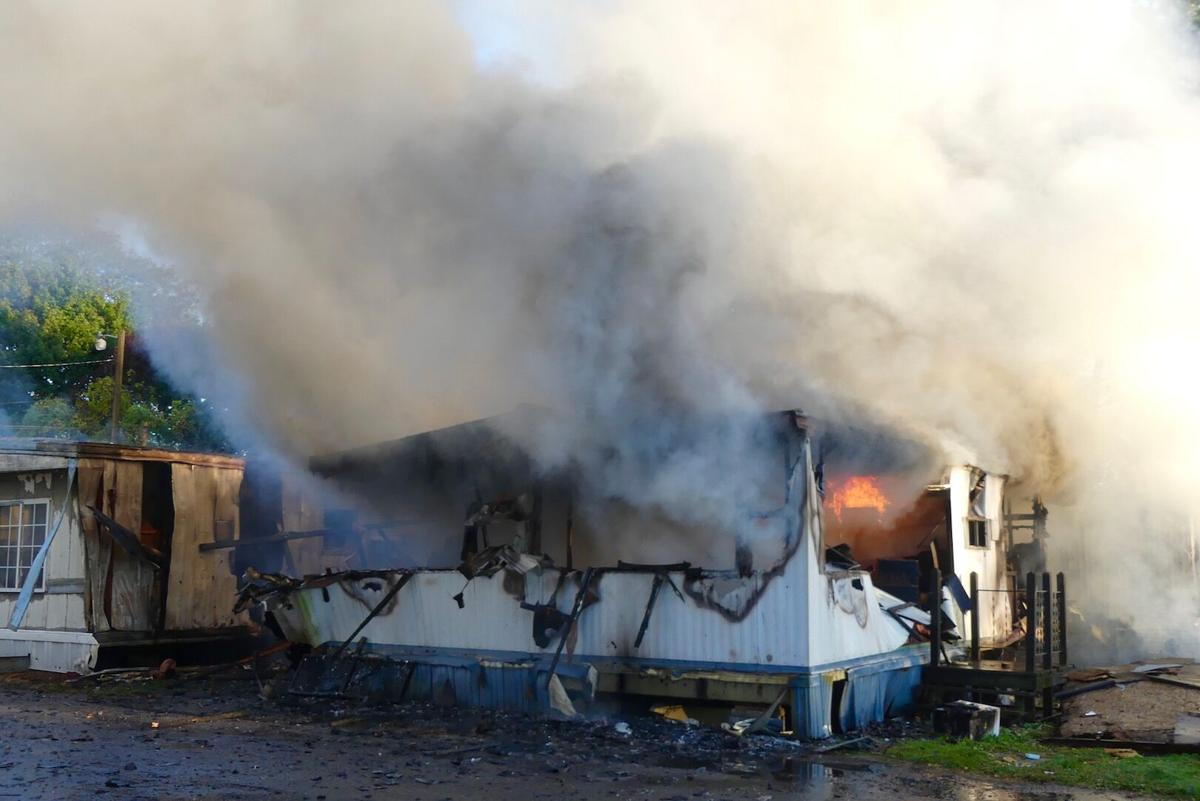 Fire sweeps through a mobile home that was occupied by a family of six on Cathcart Drive in Neshannock Township. The fire also destroyed the home next door. 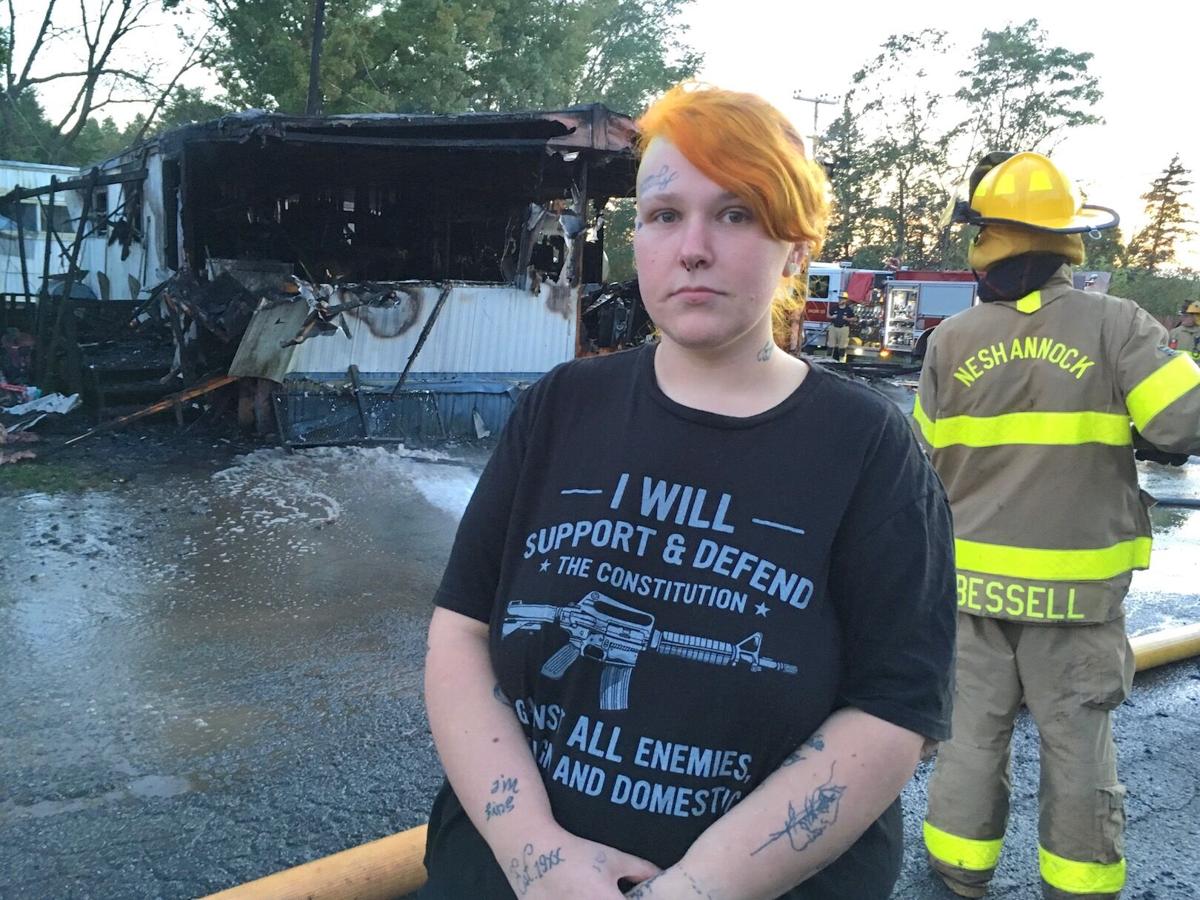 Savannah Duffy stands in front of the rubble that was her family’s mobile home after it was ravaged by fire Wednesday evening. 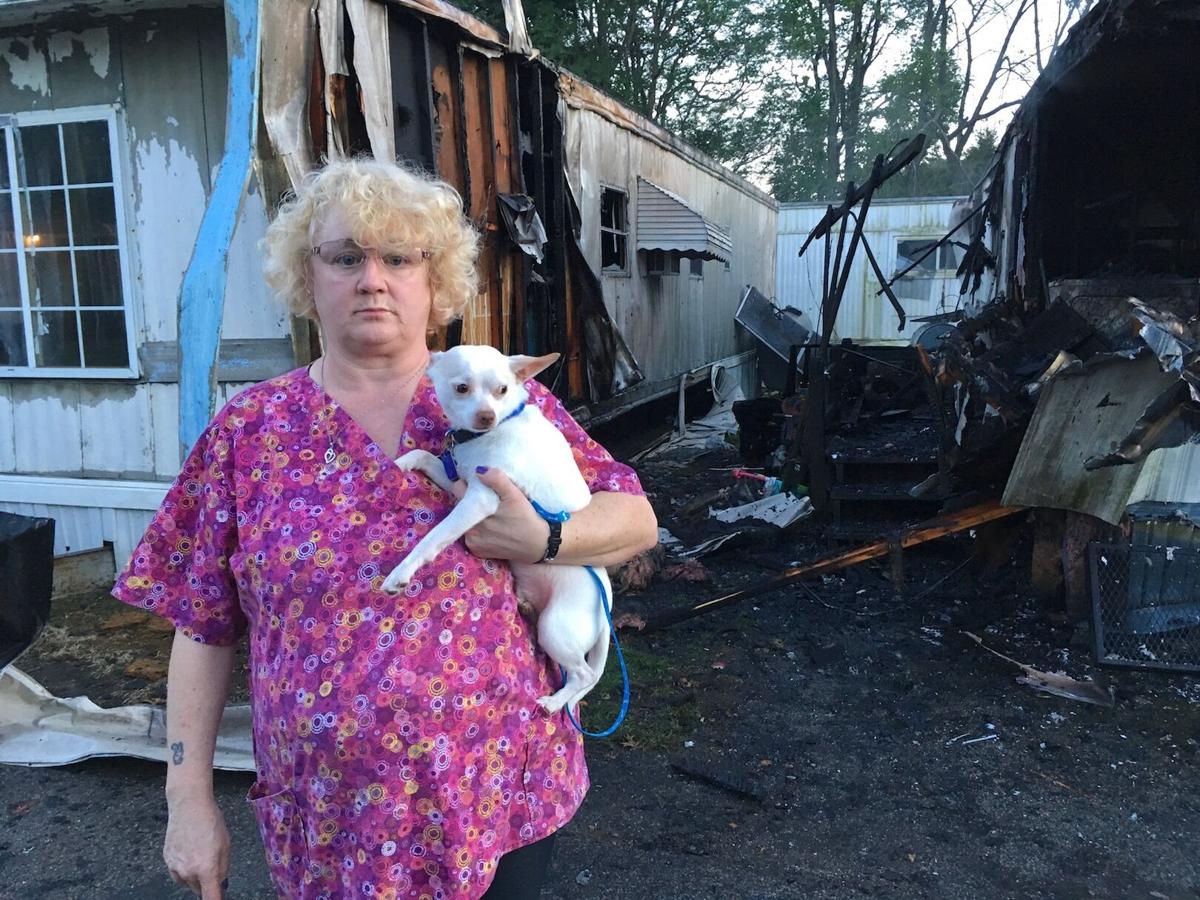 Betty Thompson and her Chihuahua, Frosty, stand in front of her mobile home that sustained severe fire damage.

Fire sweeps through a mobile home that was occupied by a family of six on Cathcart Drive in Neshannock Township. The fire also destroyed the home next door.

Savannah Duffy stands in front of the rubble that was her family’s mobile home after it was ravaged by fire Wednesday evening.

Betty Thompson and her Chihuahua, Frosty, stand in front of her mobile home that sustained severe fire damage.

A woman and her chihuahua and a family of six with two dogs are homeless after fire ripped through their mobile homes Wednesday in Neshannock Township.

Savannah Duffy was in tears as she watched Neshannock firefighters douse the flames that burned through a wall of her house at 195 Cathcart Drive. She managed to escape the fire with her 7-month-old baby and three other children and their dogs. Her husband, Dan Moore Jr., was at work delivering for Domino’s when the fire broke out.

The home was located in a mobile home court behind the Music Showcase.

Duffy said their pet snake died in the blaze. No other injuries were reported.

“I was in the living room,” she said. “Another tenant came and got me and told me there was a fire.”

Duffy and her family are renting from the park owner. She said a worker was on the site earlier in the day, dismantling unoccupied homes and using a torch to cut up the wood and other materials. The park residents believe that somehow a spark ignited the pile of debris after he left, and it quickly spread to Duffy’s home next to it.

“We lost everything,” she said. “We’ve only lived here a month.”

The fire raged through her residence and spread to the home next to hers at 191 Cathcart Drive, where Betty Thompson lived alone with her 3-year-old dog, Frosty.

One side of Thompson’s house was severely damaged by the flames, and it was left uninhabitable.

“I was outside talking to a guy who’s a friend,” she said, holding her dog. “He was looking at my car when the maintenance man came through and said my house was on fire. I called 9-1-1.”

Thompson, too, lost most of her belongings. She had lived in the house since 2019.

Neshannock police officer Robert Sipe is investigating the blaze. He said he spoke with the man who was doing the demolition work at the mobile home park, who told him there was no fire when he left the job that afternoon.

Sipe said the home where Duffy and Moore and their children lived was engulfed in flames when he arrived. By the time the fire department arrived, the fire was raging and had spread to Thompson’s house. It also destroyed the remains of the vacant trailer that was being razed, he said.

He said the cause of the fire appears to be partly accidental and partly from negligence. He said the investigation is ongoing.

Both families said they were going to stay with family for the night.

Anyone in the community looking to help the fire victims with donations of furniture, clothing, money or other living accommodations may contact Duffy directly at (724) 651-9342, or Thompson at (724) 510-8665.