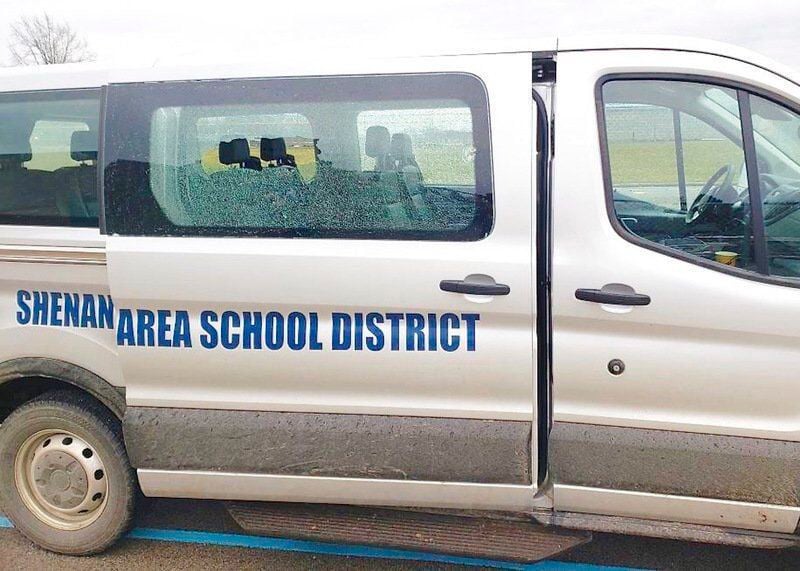 The passenger window of a Shenango Area School District transport van is shattered after gunfire broke the windows. 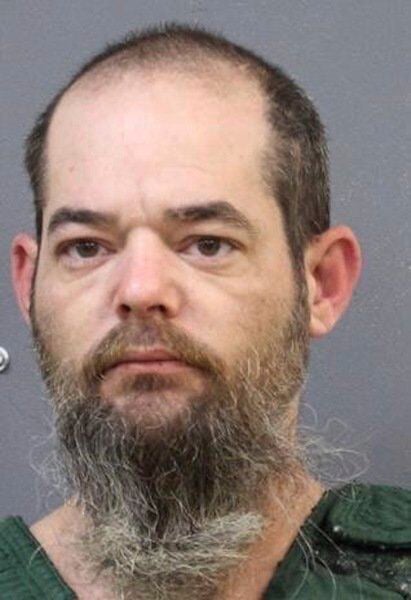 The passenger window of a Shenango Area School District transport van is shattered after gunfire broke the windows.

A man accused of shooting at a school van last year, shattering the windows and missing children's heads by inches has entered a guilty plea.

Bryon John Benetas, 42, of 827 Schenley Ave., Shenango Township, pleaded guilty Tuesday to two felony counts of aggravated assault and six counts of recklessly endangering another person. The two aggravated assault charges were filed by Shenango Township police in consideration of two children who were closest to the trajectory of the bullets when they hit the van, according to assistant Lawrence County District Attorney Jonathan Miller.

Miller, who is prosecuting the case, said the six counts were for the other children who were in the van at the time.

Benetas' plea was approved by Common Pleas Judge Dominic Motto. Upon sentencing, which is scheduled for May 25, he is likely to face three to six years in a state correctional facility for the aggravated assault charges, followed by four years of probation.

Several parents of the children who were in the van the morning of the March 10, 2020, shooting were in the courtroom Tuesday when the plea arrangement was approved.

Shenango Township police had arrested and charged Benetas with a total of 32 criminal counts, including criminal attempt at homicide. The other 24 charges pending against him will be dismissed as a result of the plea agreement.

Police had reported in a criminal complaint that Benetas used a silenced semiautomatic rifle, and that the van was carrying children ages 7 and 8 to the Shenango Elementary School.

The van was hit twice by the gunfire, which shattered its windows, but none of the children or the driver suffered serious injury. A couple of children reportedly suffered minor scratches from glass shards.

Following the shooting that morning, police found Benetas hiding in the weeds on property near Mister B’s restaurant on East Washington Street, which is owned by his family. They reported that Benetas was wearing a woodland camouflage ghillie suit, commonly used by military personnel for concealment and evasion. He had the rifle and another handgun with him when they found him, and also wore camouflage overalls, gloves, a camouflage hat and face mask, and carried two tactical pouches, they reported.

A black Ruger .22 long rifle with a sighting scope attached and a suppressor were on the ground near him and the rifle, the police said. The rifle had a “bumpfire” buttstock that allows a semiautomatic firearm to shoot more than one bullet with a single pull of the trigger, the report states.

In searching Benetas, the police found extra batteries for the scope and a Walther .22 long rifle, semiautomatic handgun loaded with eight live rounds, the complaint states. Four rounds were jacketed hollow points and four were unjacketed standard rounds. The gun barrel was threaded to accept the suppressor that had been found, police said. The handgun was in a shoulder holster hidden by his outer clothing.

The police noted that Benetas does not have a concealed carry permit.

They noted at least 15 impact marks on metal containers in the parking lot of Mister B’s, along with 12 bullet fragments and other evidence, the report says.

The officers secured Benetas’ house, where they noticed other possible incendiary evidence that prompted them to contact the federal Bureau of Alcohol, Tobacco and Firearms. Two investigators then obtained a warrant to search the house. The police report said they found several homemade suppressors, suppressor manufacturing equipment, .22 LR ammunition, .22 LR casings and additional malt beverage cans.