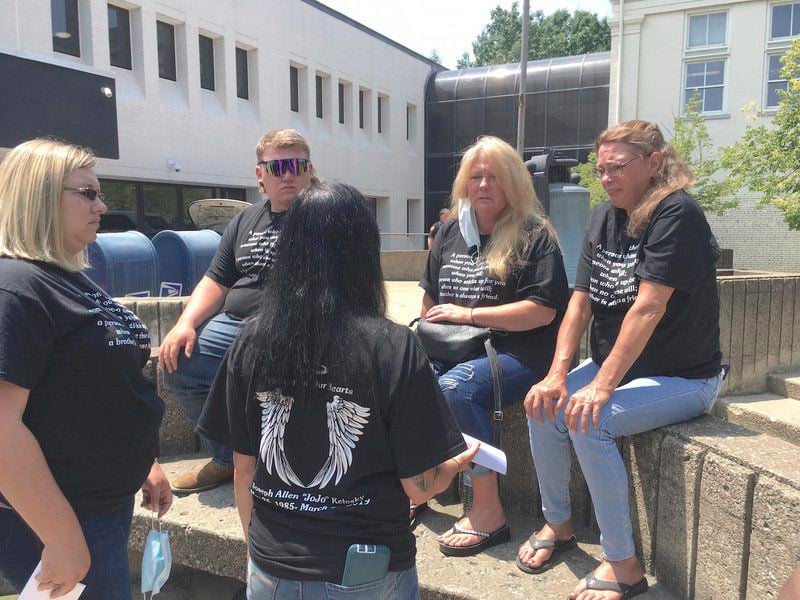 Friends and family of Joseph ‘J.J.’ Kelosky discuss his sentence outside of the courthouse Tuesday. 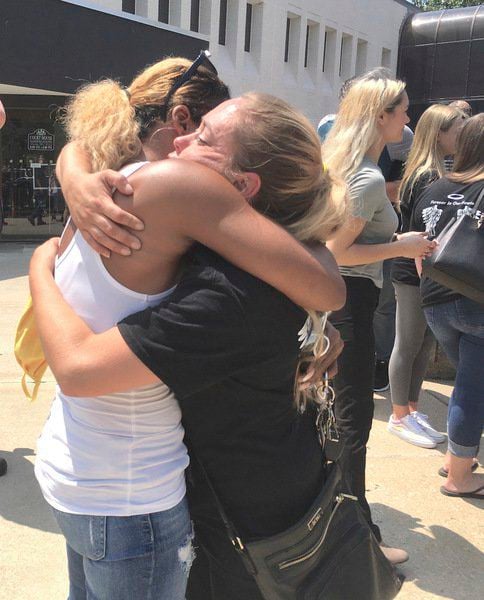 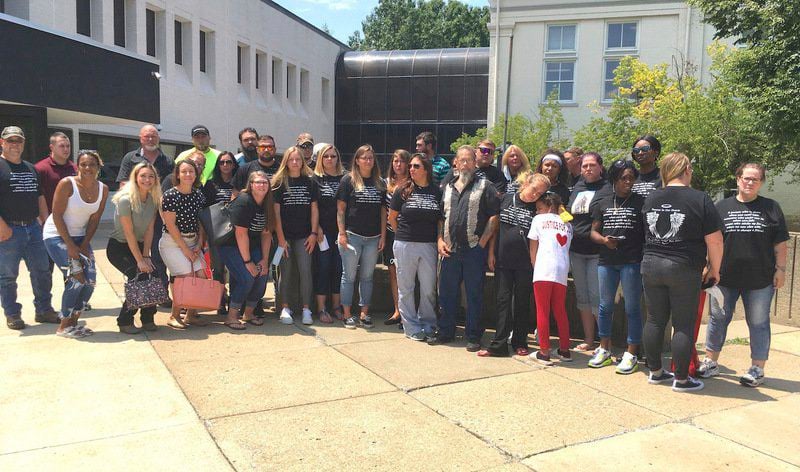 Family and friends of Joseph Alan "J.J."  Kelosky gather outside of the Lawrence County courthouse dressed in their special t-shirts, seeking justice for their deceased brother, son and friend.

Friends and family of Joseph ‘J.J.’ Kelosky discuss his sentence outside of the courthouse Tuesday.

Family and friends of Joseph Alan "J.J."  Kelosky gather outside of the Lawrence County courthouse dressed in their special t-shirts, seeking justice for their deceased brother, son and friend.

Family and friends of Joseph Alan “JoJo.” Kelosky gathered outside of the Lawrence County courthouse Tuesday wearing special black T-shirts, memorializing their friend and family member who was fatally shot on March 16, 2019.

They sat masked, two rows apart, socially distanced in the courtroom, and during the sentencing for his shooter, they implored the judge to impose a stiffer sentence on David A. Williams, accused of firing three shots at the 33-year-old Kelosky and killing him in the parking lot of the Double D Cafe at 426 E. Washington St.

Williams pleaded guilty to one count of third-degree murder in Kelosky’s death, prior to his sentencing. Cox noted that 71/2 years is the minimum for the charge  under the state sentencing guidelines.

A shackled Williams sat in the courtroom in a yellow jumpsuit, listening as several of Kelosky’s family members and friends berated him and offered emotionally charged impact statements to the judge. Sobbing could be heard throughout the proceeding.

Then members of Williams’ family also stood up, wracked with emotion and offering condolences to the Kelosky family.

Williams himself stood and was brief in his statement.

Williams had shot Kelosky three times, in the upper leg, then the right shoulder, then in the face above his lip, following a scuffle outside of the bar that morning, according to District Attorney Joshua Lamancusa, who negotiated the plea agreement with Williams’ defense counsel, Almon Burke of Pittsburgh.

Lamancusa said after the proceeding that medical evidence from the autopsy showed that it was the final gunshot that killed Kelosky, and that Kelosky was on top of Williams when Williams fired the gun.

“All of the shots were consistent with the description in the medical evidence,” he said.

New Castle officers had arrived at the Double D following the 2 a.m. gunfire to find Kelosky lying in the parking lot. He was taken to UPMC Jameson, where he was pronounced dead.

“In this case, witnesses described the victim as the aggressor,” Lamancusa said after yesterday’s court proceeding. He noted that the investigation showed that Kelosky, who did not previously know Williams, had initiated the physical confrontation, “and the defendant made a foolish decision to defend himself with a loaded firearm.”

There was no evidence in the case that Kelosky had a weapon during the fray. A criminal complaint explains that Williams initially denied to the police that he was Kelosky’s shooter.

Williams also had been charged with one count each of aggravated assault and carrying a gun without a license, and two counts each of recklessly endangering other persons and simple assault. All of those charges were dropped as a result of the plea agreement.

“It’s about the anger and hatred I have for the accused, who took a loving father and best friend away from so many,” Kelosky’s friend, Richard Hickman, said in his statement to the court.

“One bad decision has changed so many lives forever.

“Mr. Kelosky was never a threat to him,” Hickman continued.

He suggested to the judge that Williams should get no less than life in prison, “or hand him over to me ... and I’ll leave him with no choice, just like Mr. Kelosky had none.”

Erin Cline, the mother of Kelosky’s 6-year-old daughter, described the impact that Kelosky’s death has had on the child.

“He was her best friend. The day I had to tell her that her dad had gone to heaven, I had to watch her soul being ripped from her body,” she said.

Lamancusa read aloud a journal by Katlyn Kelosky, Joseph’s sister, as she sobbed in the courtroom.

“My brother didn’t die, he was taken from us,” she wrote. “David Williams destroyed the lives of my entire family.”

“You shot him three times,” she continued. “You were shooting to kill.”

Matt Kelosky, brother to Joseph, commented, “The amount of pain my family is going through is just unreal. Seven and a half years just doesn’t seem enough. I don’t see how anyone’s life would be worth 71/2 years.”

Joseph’s father, Todd Kelosky, directed his comments toward Williams, saying, “I’m looking at you now and I can tell you feel no remorse. You could have stopped.”

Calling Williams a “coward, a punk and an animal,” Todd Kelosky said, “I think it should be a life for a life. Your sentence won’t be on this earth.

“I’m looking at you now and  see the arrogance in you,” he continued. “I’d like to see you spend eternity in hell.”

Williams’ own father, Danny Williams, broke down as he stood and spoke in the courtroom.

“This is the worst situation I could ever be in,” he said, barely able to get his words out. Turning to the Kelosky group he said, “I’m sorry for your loss.”

Williams’ mother, Rose Mackenzie, said, “All we can do is ask for forgiveness and we have to move on from here ... and God will see us all through this.”