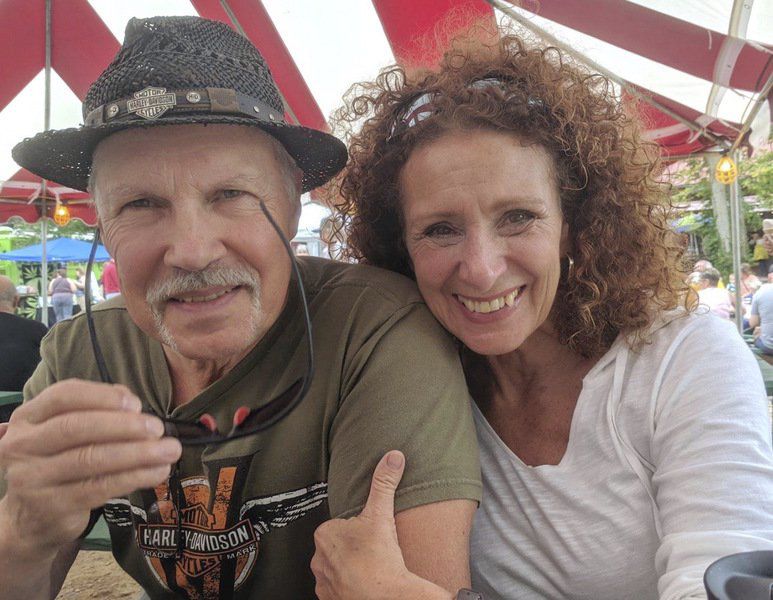 Dan and Diane Rzecznik were walking in Cascade Park Sunday when Dan ran to the rescue of a child who was struck by a tree. Diane called 911. 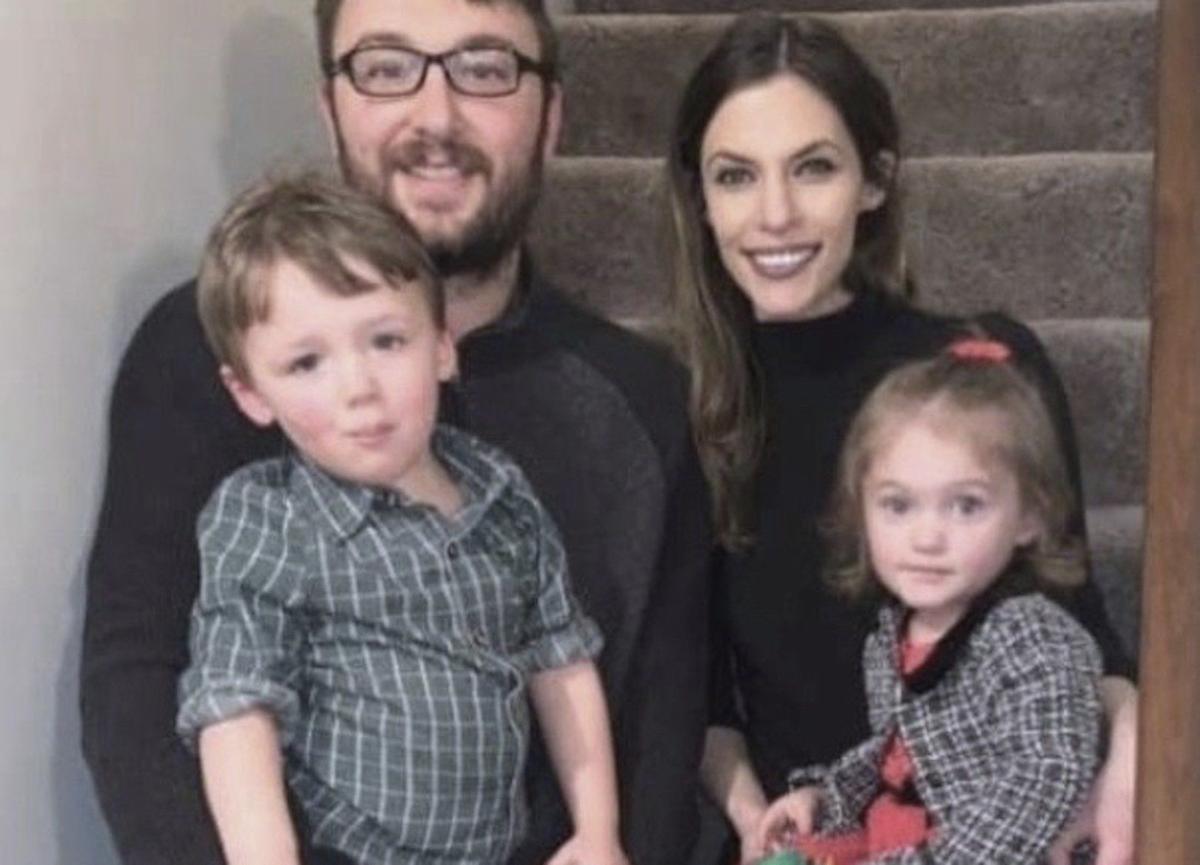 This photo of the Palumbo family shows, the children, Enzo and Sia, in the front, and Anthony and Diane in the back. Diane and Sia are both hospitalized with serious injuries after a tree struck them when the wind knocked it over in Cascade Park Sunday.

Dan and Diane Rzecznik were walking in Cascade Park Sunday when Dan ran to the rescue of a child who was struck by a tree. Diane called 911.

This photo of the Palumbo family shows, the children, Enzo and Sia, in the front, and Anthony and Diane in the back. Diane and Sia are both hospitalized with serious injuries after a tree struck them when the wind knocked it over in Cascade Park Sunday.

Dan Rzecznik doesn't think of himself a hero.

He said he was just in the right place at the right time Sunday and did what he had to do, when his long-ago training in CPR probably saved a toddler's life.

The 71-year-old East Side resident ran to the aid of 3-year-old Sia Palumbo after she was struck in the head by a falling hemlock tree in Cascade Park on a windy Sunday afternoon.  The child and her mother, Diane Palumbo, 35, both suffered multiple serious injuries when an approximately 40-foot-tall tree snapped off about 10 feet from the ground and fell on them, knocking them into Big Run. Diane's husband, Anthony, escaped serious injury, and their son, Enzo, was unharmed, according to police reports.

Both mother and child remain hospitalized, undergoing surgery for extensive injuries, according to a family friend's Facebook post and a message to their church community.

Rzecznik, who lives on Deshon Street near the park, said he and his wife, Diane, were doing yard work around 3:30 p.m. Sunday when Diane suggested they take a walk in the park. As they approached the picnic grove, they watched in horror as the wind snapped off the giant tree.

"My wife had said, 'Let's take a short walk down to the bridge," he said, referring to the newer bridge near the picnic grove. They had just left the bridge when he heard the tree snap.

"It was quite traumatic," he said.

He saw the father, Anthony Palumbo, grab his son and roll on the ground away from it, the branches hitting him.

"I didn't know the mother and daughter were there, because they were over the bank," Rzecznik said. "I heard someone say to call 911. My wife was behind me and she had them on the phone already, calling the police and an ambulance."

The father then got up and went over to the creek, screaming for his wife and daughter, Rzecznik said. "I didn't see the wife the whole time. He hollered for someone to 'please help my little girl,' and somebody else yelled, 'does anybody know CPR?'"

Nobody was moving toward the girl, and it had been 30 years since Rzecznik, who is retired from the military, had trained for CPR, but he jumped into action.

"Nobody did anything, so I went over there. The little girl was out and wasn't breathing," he said.

She was on the bank and only her pant legs were wet, so he deduced that her lungs weren't filled with water.

"Still, I blew in her mouth, then gave her mouth to mouth and pumped on her chest a few times without pressing too hard because she was so little," he said. "After four or five times, she was trying to get her to breath. Once I felt her lungs force air back out, I did it a couple more times, and she was trying to breathe, then her eyes opened, and she started screaming like she was in pain."

"I guess the mother was in the water, I never saw her," he said. His focus was on the child.

He advised people gathering around the girl to leave her alone because of the possibility of a broken rib. Then the ambulance personnel arrived and took over, he said.

The mother was rescued from the water by New Castle firefighters.

The New Castle police closed the park after the incident, because of the dangerously high winds, police chief Bobby Salem said.

According to information on the page, both the mother and daughter are in critical condition in the intensive care units.

Sia suffered multiple skull fractures and a brain bleed. Diana, who is a nurse, has a shattered clavicle and scapula, collapsed lung and a fractured spine. She is in recovery from a long surgery on Monday to try to repair her injuries, according to the post.

Because of the circumstances surrounding COVID-19, Anthony has been laid off and Diana will be unable to work, Audia wrote, adding, "I know her heart, and know she would give anything to help anyone, so I'm asking for your help for them now."

The Palumbo family lives near the park.

Rzecznik went home shaken and exhausted Sunday afternoon. On Monday, he was concerned about the welfare of the Palumbo family. He estimated the tree segment, about 20 inches in diameter and about 30 feet long, would have weighed about 1 1/2 tons.

"I'm getting better today," he said in a phone interview about the ordeal. "When I came back last night, the adrenalin just drained all my strength."

He took a few shots of whiskey and a hot bath for more than an hour and a half to help him fall asleep.

A lifelong resident of New Castle, Rzecznik grew up in Shenango Township until 1981, when he built their existing house with his father, using raw lumber.

A Vietnam War veteran, he initially was in the Air Force and enlisted to go to Vietnam, where he volunteered to work with an Army unit. He got out in 1971 and joined the Pennsylvania Army National Guard and served 16 years. He retired as a captain artillery officer.