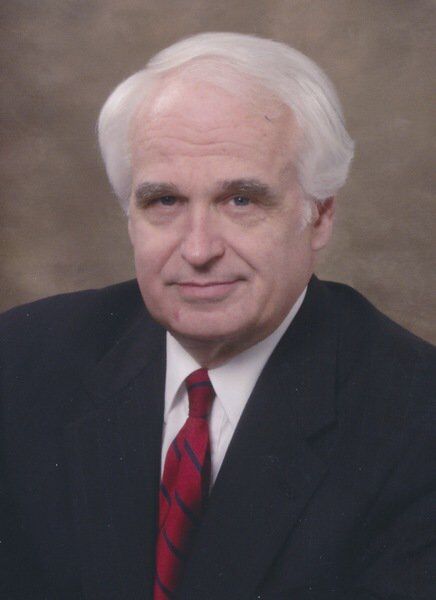 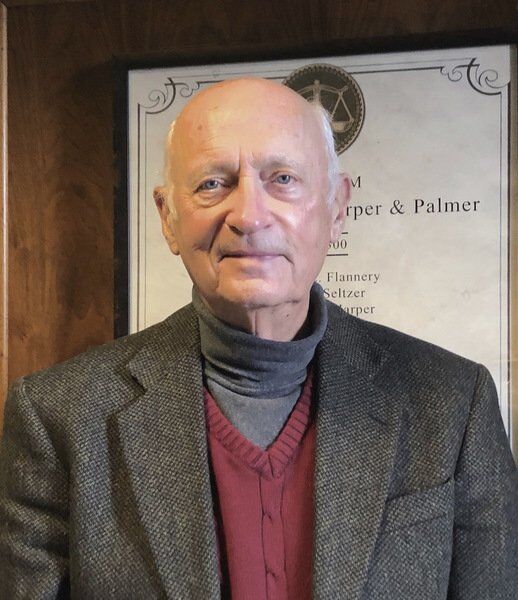 If walls could talk, there undoubtedly would be a lot of good stories lurking within the walls of the former First National Bank building downtown.

For more than three decades, suited attorneys toting leather briefcases would enter and exit the side door of the multistory building on the corner of Washington and Mercer streets where a longstanding law firm's office suite occupied one of the upper floors.

The last two attorneys of the firm — most recently called Flannery, Seltzer, Harper and Palmer —  closed the door behind them for a final time on New Year's Eve. Together, those two attorneys alone — Richard E. Flannery and John R. Seltzer — stood for more than a century of legal representation in the Lawrence County area.

The firm, which changed partners and attorneys like a revolving door through the decades, produced many noted attorneys who had successful practices in New Castle, but that era is now over.

Flannery's twin brother, John W. Flannery, died on March 24, 2016, and had practiced law alongside of him in the firm for many years. Another brother, Harry A. Flannery, who also is an attorney but was not part of the firm, was a frequent visitor there.

Richard Flannery, 79, says that although the law firm has closed, he isn't retiring. With the threat of a pandemic looming, he's decided to work from home in partnership with his daughter, Carolyn J. Flannery. His own work scope has been narrowed to estates and wills.

Seltzer, 85, has moved into the law firm of Medure Bonner Bellissimo on Wilmington Road, where he will continue to practice general and municipal law.

Allen L. Palmer and Richard A. Harper of the firm both opted to retire recently, Flannery said.

Others who most recently worked in the firm included Flannery's daughter, who also is counsel at Lawrence County Children and Youth Services; and his nephew, William J. Flannery, an assistant district attorney who also will work in the law firm of attorney Louis Pomerico.

Flannery reflected, "We were a full service law firm and represented most of the major employers in the county. Unlike most of the other firms in the town, we were involved in all aspects of law. We basically did it all. We were not what you call a 'boutique law firm' specializing in just one area."

Flannery has been practicing law for 53 years, since 1967, and Seltzer has been an attorney for nearly 59 years, both having achieved recognized stature in the community.

The attorneys of that firm traditionally had served as solicitors for school districts and local governments.

Seltzer and Harper had practiced law together for about 46 years. Flannery and Allen Palmer had room in their firm, so the two moved into the bank offices with them a few years ago.

"We always got along, and our practices were down the same road. It was a nice fit for us," Seltzer said.

Flannery pointed out that he and Seltzer, "go way back, also in the political arena."

Flannery was a Republican state committeeman for many years and served on the Lawrence County Republican Committee, as did Seltzer.

Flannery also did his own political stint, having served on New Castle City Council for two four-year terms in the late 1960s and early '70s under former Mayors Carl Cialella and Francis Rogan.

Flannery recalled how years ago, he joined a firm with Thomas D. Mansell and Richard McKee and other attorneys of the Mansell family. Eventually, attorney Chris J. Mitsos, now retired, joined them, and the firm later merged with Balph, Nicolls Paul and Motto in 1986 and moved to the bank building from the Central Building.

Flannery pointed out the law firm initially was the Chambers law firm, dating back to around 1920 when Judge James Chambers Sr. and his son, James Jr., were attorneys.

A significant lawsuit that stands out in Flannery's mind evolved the year that Ernest Crawford, who became a district judge in New Castle, lost the election by 105 votes, and Crawford insisted there was an undercount.

"He came to me, suspecting there was a problem, so we decided to open about 10 ballot boxes," Flannery recalled. "When we opened the 9th and 10th precincts of the second ward, he became the winner by about five votes. We had picked up enough votes."

There was a court battle, and Judge John Q. Stranahan was brought in from Mercer County to preside over the case. Crawford's opponent, Richard Ross, felt that because he was the losing candidate, he should have been able to open more boxes, too, Flannery explained, and there was dispute over whether he could.

Ralph D. Pratt, who later became a county common pleas judge, was a state representative then, and because of the outcome of Ross' counter-challenge, he had the law changed in Harrisburg.

"Now, if something like this happens and the winner becomes the loser, that person is now allowed to open more boxes," Flannery said. Previously the law had said that a candidate had to request boxes be opened by a certain date, and after that the case was closed, "but it said nothing if you were the winner and became the loser. The statute was silent on that issue. That's why we won. It was the right decision, there was no question about it."

When downtown was bustling with businesses, it wasn't uncommon to see groups of attorneys from the law firm frequenting popular downtown lunch spots such as the Hudson Lunch, Hazel's Restaurant or the P.O. Lunch when it moved to Neshannock Township.

Seltzer previously was part of the Mansell Jamison law firm, which occupied part of the third floor of the bank building. W. Thomas Andrews, Robert E. Jamison, Charles Y. Mansell and Harper also were in that firm, he said.

Seltzer and Harper moved into their own offices in two different locations in Neshannock for a couple of decades, then they moved back into the bank building and joined Flannery about three years ago.

In his early days, Seltzer practiced criminal law and was an assistant district attorney. He and attorney Kenneth Fox did a lot of criminal work. Reflecting on the years of working in the courts, Seltzer commented, "Right now I think we have four of the finest judges any county has, without a doubt. Honestly, we're very lucky to have these gentlemen.They're fair and they're good."

One of them, Lawrence County Common Pleas President Judge Dominick Motto, was once a law partner in the bank building offices, also. He has a keen memory of the changing partnerships.

When Motto graduated from law school in 1974, his first employment was with Rea and Audino in the Central Building. That firm shared a suite with Chambers, O'Neill, Nicolls, Balph and Paul, Motto recalled. After a few years, he established his own practice within that suite, and in 1980, when William Balph was to be appointed judge, the firm was looking for someone to do trial work.

In April of 1986, Balph, Nicolls and Motto merged with Chris Mitsos and Richard Flannery to establish Balph, Nicolls, Mitsos, Flannery and Motto, Motto reflected. "That's when we moved into the suite in the bank building, now Huntington Bank. That was the existence of the firm until I went on the bench in January, 1995. Then we brought in Phillip Clark and his name replaced mine."

"I was blessed to have been able to practice with that group of people, who not only were great lawyers and mentors but great people from a personal standpoint, " he said. "We operated our partnership without any formal agreement, just a consensus and a handshake, and we never had any problems."

Aspiring to become a judge was somewhat emotional for Motto, "because I was leaving a great practice with a great group of people. I was very fortunate to have been part of it."

He noted that Seltzer joined the firm after he left.

"It was a good time while I was here," Seltzer said, looking back. "It was a real joy practicing law here. The rooms are really nice and the bank always maintained it.

"I'm not so emotional about leaving the building, but the rapport I had with (Flannery) and Dick Harper was big. I have the highest regard for both of these guys, and I'm going to miss not hanging out."

Flannery said he was ready to downsize.