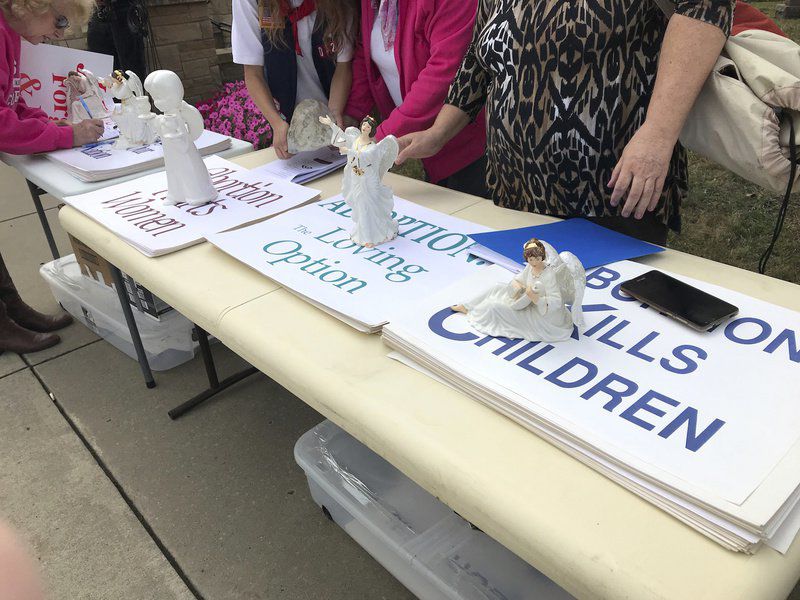 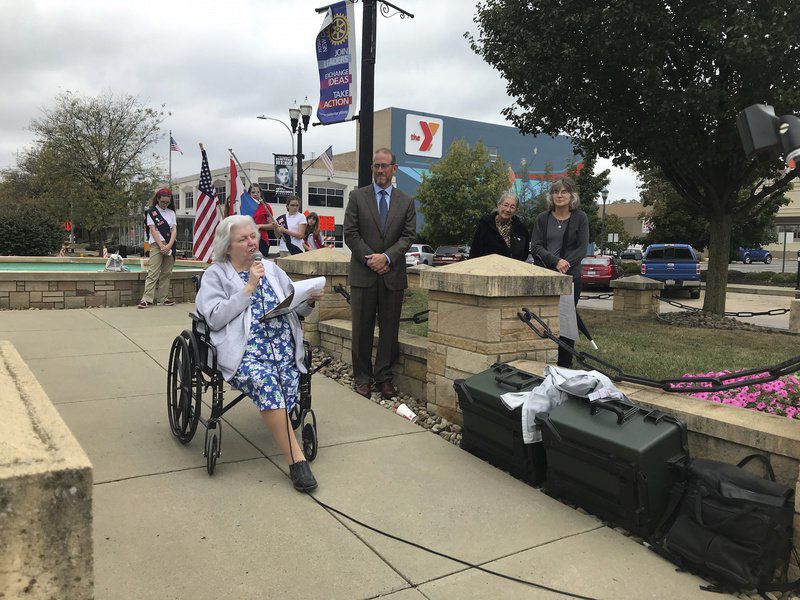 Karen Hamrick, the chairperson of the New Castle segment of the Lawrence County Life Chain, speaks to a crowd a over 40 people about the importance of standing up for their pro-life beliefs. 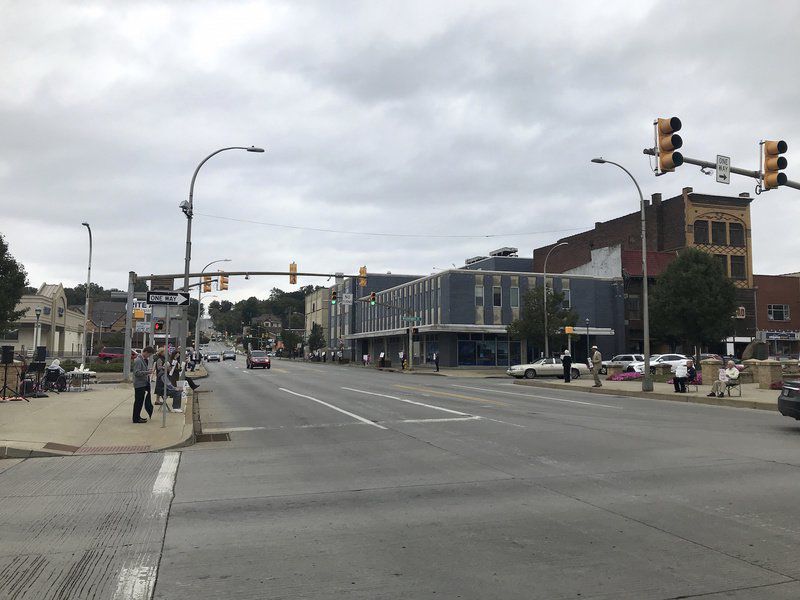 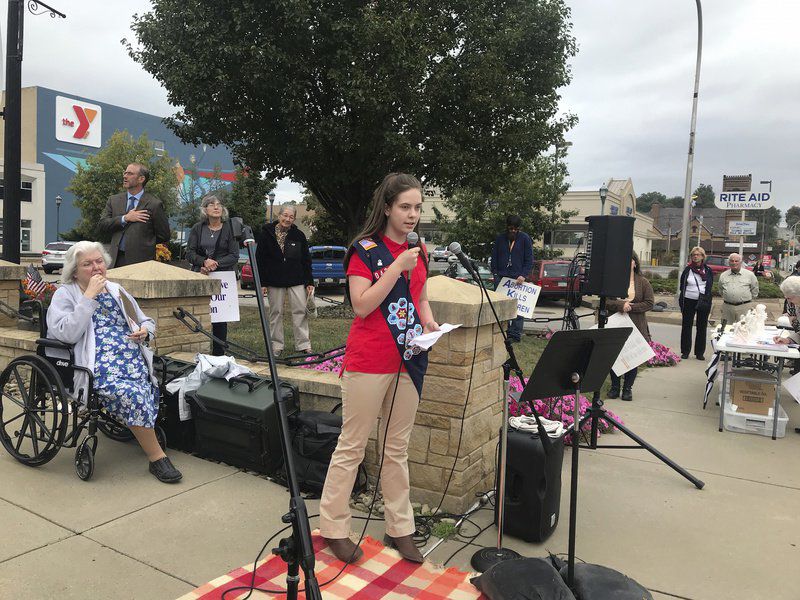 American Heritage Girl member Anastasia Brown, 14, speaks about why she attends the Life Chain as well as her pro-life beliefs. 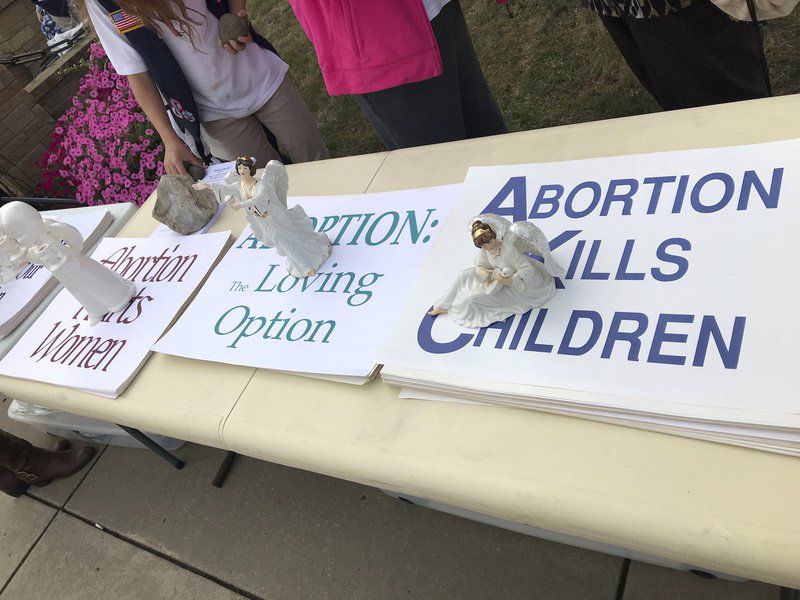 Piles of signs with pro-life messages were available for participants to use while they stood and prayed. 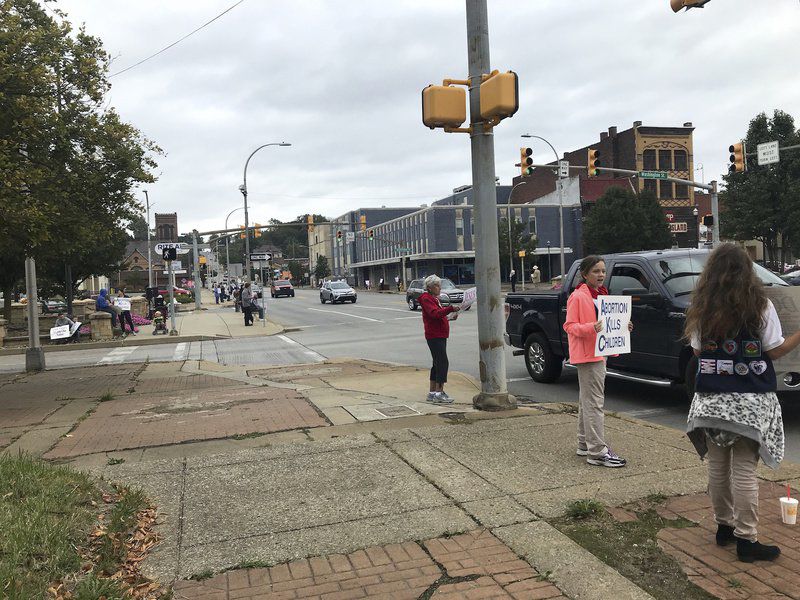 Karen Hamrick, the chairperson of the New Castle segment of the Lawrence County Life Chain, speaks to a crowd a over 40 people about the importance of standing up for their pro-life beliefs.

American Heritage Girl member Anastasia Brown, 14, speaks about why she attends the Life Chain as well as her pro-life beliefs.

Piles of signs with pro-life messages were available for participants to use while they stood and prayed.

A group of pro-life advocates gathered at Kennedy Square on Sunday afternoon for their annual Life Chain event.

"From the very young to the very old, life We're here to fight a battle," said Karen Hamrick, the chairperson of the Lawrence County branch of Life Chain. "We're not political, but our battle is fought in the heavenly because we're not warring against flesh and blood...We're using the best weapon that there is and that is prayer."

Although the chain in years past had extended much further, participants held signs along South and North Jefferson Street, which had messages like, "Abortion Kills Children," "Lord, Forgive Us And Our Nation," and "Abortion Hurts Women."

Multiple speakers including members of surrounding churches and Christ-based groups spoke before participants took signs and took to the street to pray.

"All of us prayer for those women who are in conflict right now as to what to do and where they're at," said Pastor Matthew Bupp. "For women who have made that choice to have an abortion who are suffering in shame and guilt."

"We know and we believe and we trust that it is possible to end this scourge of abortion, this genocide of our children. If people, like these people here present, have enough courage to stand up to those who want to destroy life. This culture death has to be fought with a culture of life," said Father Claude Franklin from St. John Maronite Church in an opening prayer.

"I am pro-life because I believe life is precious gift of God," said Anastasia Brown, 14, a American Heritage Girls member. "In Jesus, we see clearly that human life truly is sacred and ought to be respected from conception until natural death."

"This is our next generation coming up," said Hamrick. "Thank God for them."

The first chain was held downtown in 1992 and drew a crowd of 1,200 people, but, in recent years, participation has dropped.

Hamrick says others may not have attended due to a Steelers' game.

Chains formed all over the country as well as Canada on Sunday for a 90 minute public prayer aimed at ending abortion. Over 40 chains were held in Pennsylvania including in New Wilmington and Ellwood City totaling 96 participants in Lawrence County.

"As long as we have young people like this with these beliefs and being willing to stand on a corner on a street corner in a downtown and proclaim their love for God and their love for pro-life, we can still say that Jesus Christ is still lord over New Castle," said Hamrick.

Maria Basileo is a former reporter at the New Castle News.