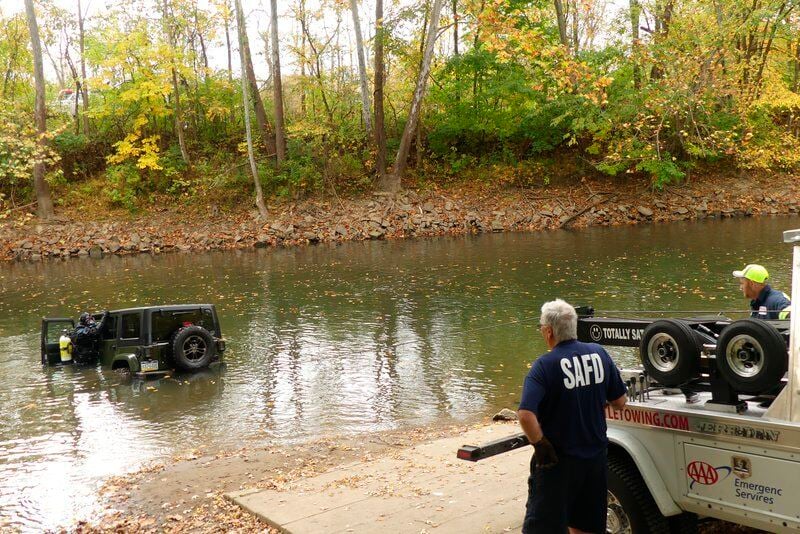 Members of the Shenango Area Fire District help pull a Jeep out of the Neshannock Creek. 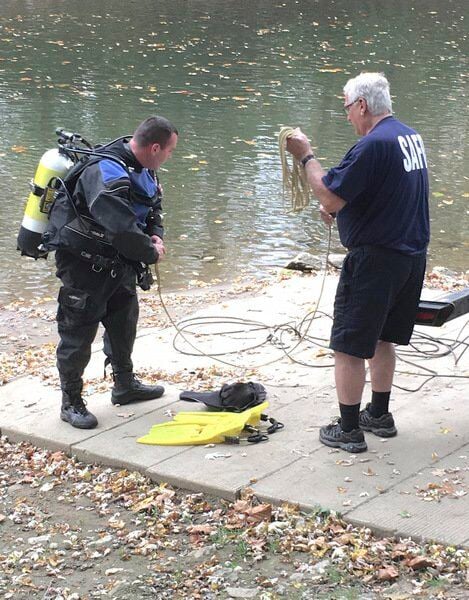 Members of the Shenango Area Fire District help pull a Jeep out of the Neshannock Creek.

A Jeep that was parked in the lot near the Millennium Boat Launch in Neshannock Township Monday afternoon drifted into the Shenango River before its driver could stop it.

Ashley Graziani, 17, of Shenango Township, said she stopped and got out of the car in the parking lot off King's Chapel Road so she could look at the river. Before she knew it, the car was drifting forward with the keys locked inside of it, she said.

The Jeep, a 2016 with only about 8,000 miles on it, mowed down a sign for handicapped parking, then proceeded into some brush and onto the boat ramp and rolled into the water, according to the appearance of its tire tracks. It ended up in the middle of the river in about 3 feet of water.

A tow truck was backed down the ramp of the Millennium launch, where diver Brandon Rishel of the Shenango Township Fire District suited up and went into the water to hook up the vehicle to a tow, and it was pulled out of the water.

An ambulance and Neshannock police responded, but no injuries were reported.