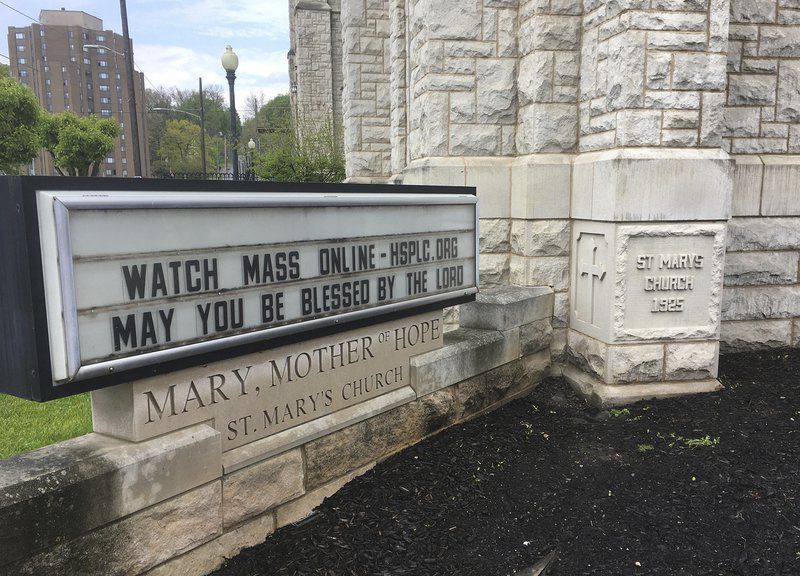 Holy Spirit parishioners will need to continue attending Mass virtually for a while, but the parish is working on a plan to enable public Mass celebration. 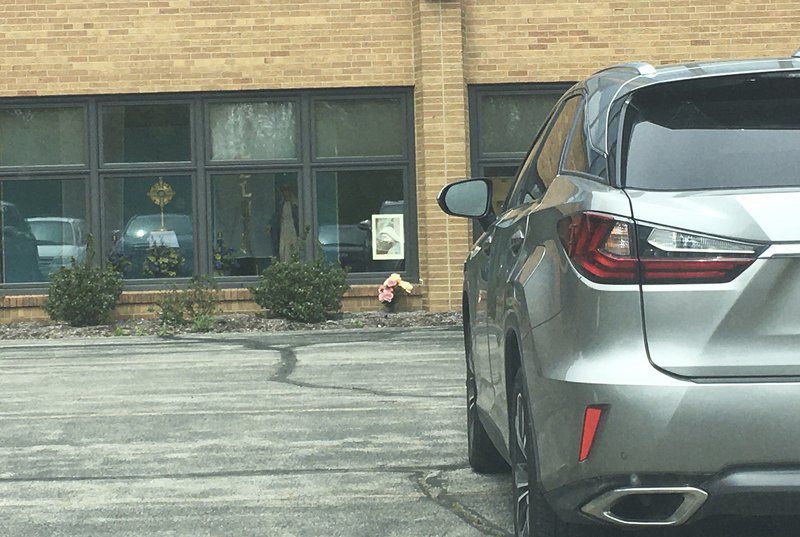 A monstrance holding the Blessed Sacrament can be seen in a lower-level window of St. Joseph the Worker Church as a parishioner in a car offers prayer.

Holy Spirit parishioners will need to continue attending Mass virtually for a while, but the parish is working on a plan to enable public Mass celebration.

A monstrance holding the Blessed Sacrament can be seen in a lower-level window of St. Joseph the Worker Church as a parishioner in a car offers prayer.

Gathering for Mass remains a work in progress in Holy Spirit Parish.

Last week, David A. Zubik, bishop of the Diocese of Pittsburgh, issued a statement in which he said the diocese was looking toward the return of public celebration of Holy Mass, beginning with weekday Masses starting on June 1, and weekend Mass on June 6 and 7.

Father Joseph McCaffrey, Holy Spirit pastor, said Wednesday that the details involved in making Zubik’s vision a reality are still being worked out.

“We’re actively working on developing a plan to have public Mass in compliance with the government’s and the bishop’s guidelines,” the priest said. “Once we are able, we will make a full announcement.”

The problems the parish would face in opening churches for Mass is that the number of people allowed inside likely would remain restricted.

“If you bring some people into the church, what about all the people who can’t come in? I don’t want to be turning people away,” McCaffrey said. “And even if you bring in only a small number, you still have to sanitize, and that costs a small fortune.”

Zubik gave churches permission last week to open church buildings for confessions, but noted “Confessionals do not meet public health safety requirements, and as such, confessions will be heard at posted times in a manner that preserves the sanctity of the Sacrament.”

“We’re going to maintain our confessions in the cars (held in the parking lot at St. Camillus Church) because that saves us from the issues of sanitation in the building,” McCaffrey said. “If we do it in the building, we can’t use the confessionals, and people would have to sit six feet apart from the priest, and everybody in the church hears what they say. So we’re not bothering doing that.”

However, Zubik also permitted the opening of churches for private prayer, and Holy Spirit will be doing that. Starting Tuesday, St. Vincent de Paul Church in Mahoningtown will be open daily from 7 a.m. to 7 p.m. for private prayer, with access through the handicapped entrance.

That will be in addition to the parking lot Adoration sessions that take place 8 a.m. to 4 p.m. Sundays through Fridays at St. Joseph the Worker Church.

St. Vincent was chosen to be opened for prayer, McCaffrey said, because it had been being used for that purposes in the early days of coronavirus restrictions, prior to the bishop ordering all churches closed. It also offerde the best handicapped accessibility.

“We felt it was the safer spot,” he explained. “St. Joe’s doesn’t have the best handicapped accessibility, and most of our people need that.

“I also think people are feeling comfortable in their own cars, being able to pull up there (in the lower level lot at St. Joseph) and see the Blessed Sacrament in the window, so we didn’t want to discontinue that and force them to go into a building where they would have to be around other people. So we’re going to give them both options.”

Those who choose St. Vincent de Paul, he added, will be required to wear masks and adhere to social distancing mandates.

In an online message to parishioners earlier this week, McCaffrey acknowledged that everyone is eager to get back to joining together in the public celebration of Mass.