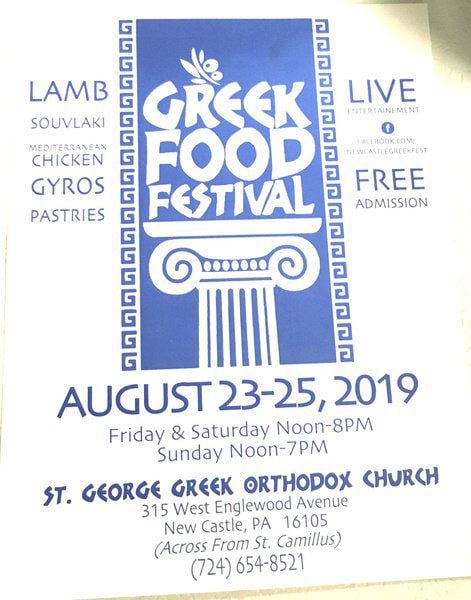 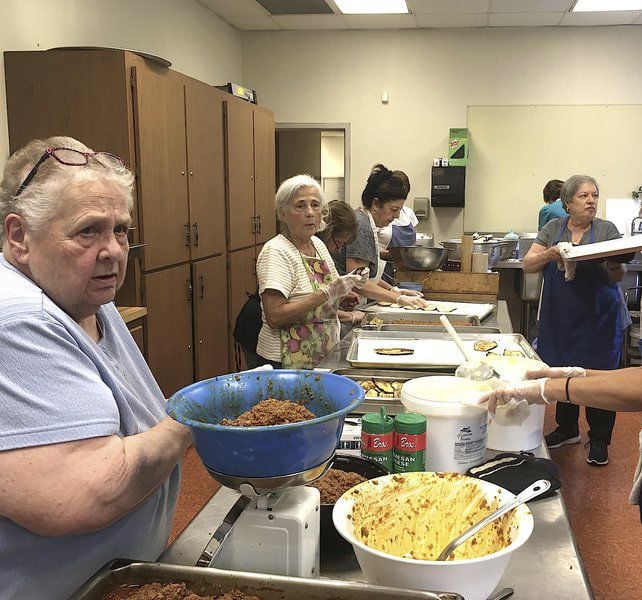 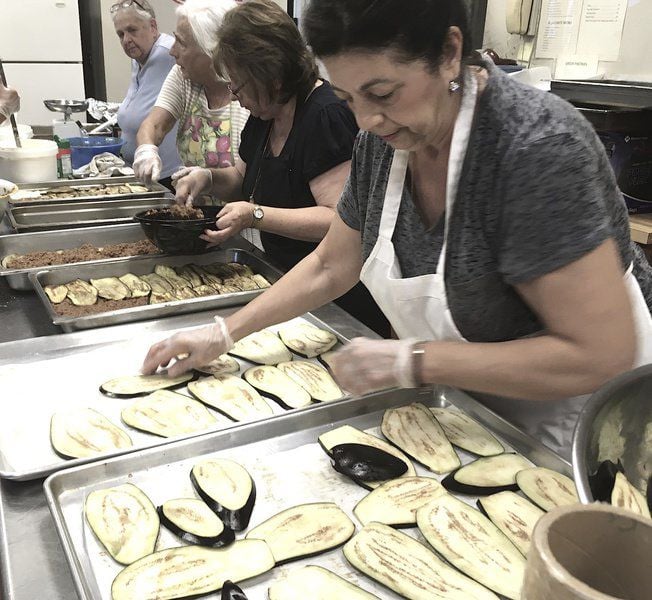 Susan Kladitis, at right, with Mary Stefanis, Maria Karellas and Barbara Mesol, work to prepare moussaka for the Greek Food Festival to be held Friday through Sunday at the St. George Greek Orthodox Church on West Englewood Avenue. 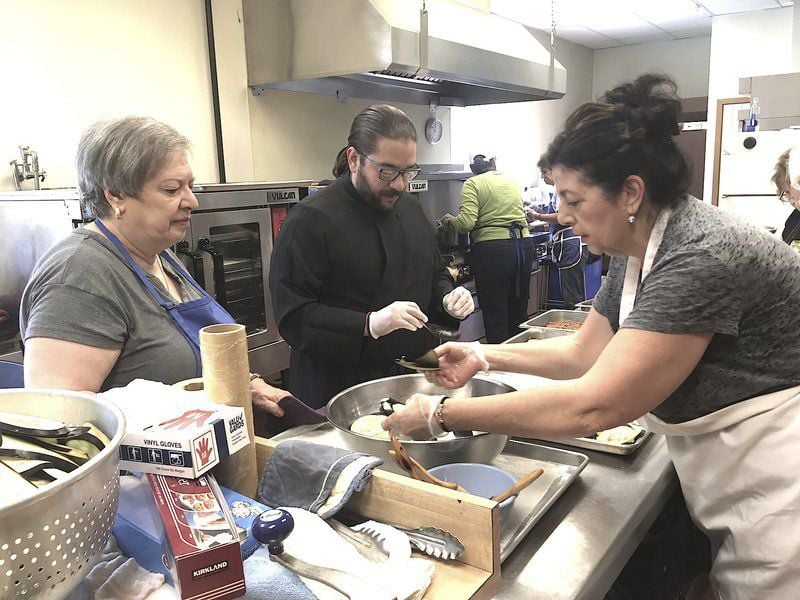 Susan Kladitis, at right, with Mary Stefanis, Maria Karellas and Barbara Mesol, work to prepare moussaka for the Greek Food Festival to be held Friday through Sunday at the St. George Greek Orthodox Church on West Englewood Avenue.

After weeks of preparing Greek specialties for the event, which will be held Aug. 23-25 at St. George Greek Orthodox Church at 315 W. Englewood Ave., the congregation experienced a freezer malfunction.

“On Aug. 7, we came in to find that the freezer had stopped. All of the food in it had to be thrown out.”

Among the items lost, he said, were 18 pans of spanakopita (spinach pie), 21 pans of grape leaves, six pans of tiropita (feta cheese pie), five pans of Pasta Flora, a pastry, two five-gallon buckets of lamb shank sauce and a number of frozen ingredients needed for the week of the festival.

“About 80 percent of what was lost were items that we had made ahead for the festival,” the priest said. “We were stunned. We had to remake it all.”

At that point, Gavrilos said, the entire community came together.

“All of the same people who had made the food the first time around came back to make it a second time, rearranging their lives to schedule the time to come down. Someone posted our misfortune on Facebook. Former parishioners, many of whom live out of town, sent checks to replace the food. Every morning I open the mail and find checks from $20 to $1,000.”

In addition, he said, a contingent from St. Camillus Roman Catholic Church located just across Englewood Avenue came over asking if they could be of assistance.

Festival co-chairwomen Helen Ritchie and Beth Tsiris said the food, as always, is the draw.

“We have enough cookies to fill four tables,” Ritchie said.

As a crew of women prepared and assembled ingredients for moussaka, Tsiris noted that the women are preparing the traditional pastries and casserole items enjoyed at the festival.

“But on the days of the festival the men of the parish take over the kitchen,” she said. “They are here to do the lamb, which is baked in the oven, to do the green beans, rice and mix the salad.”