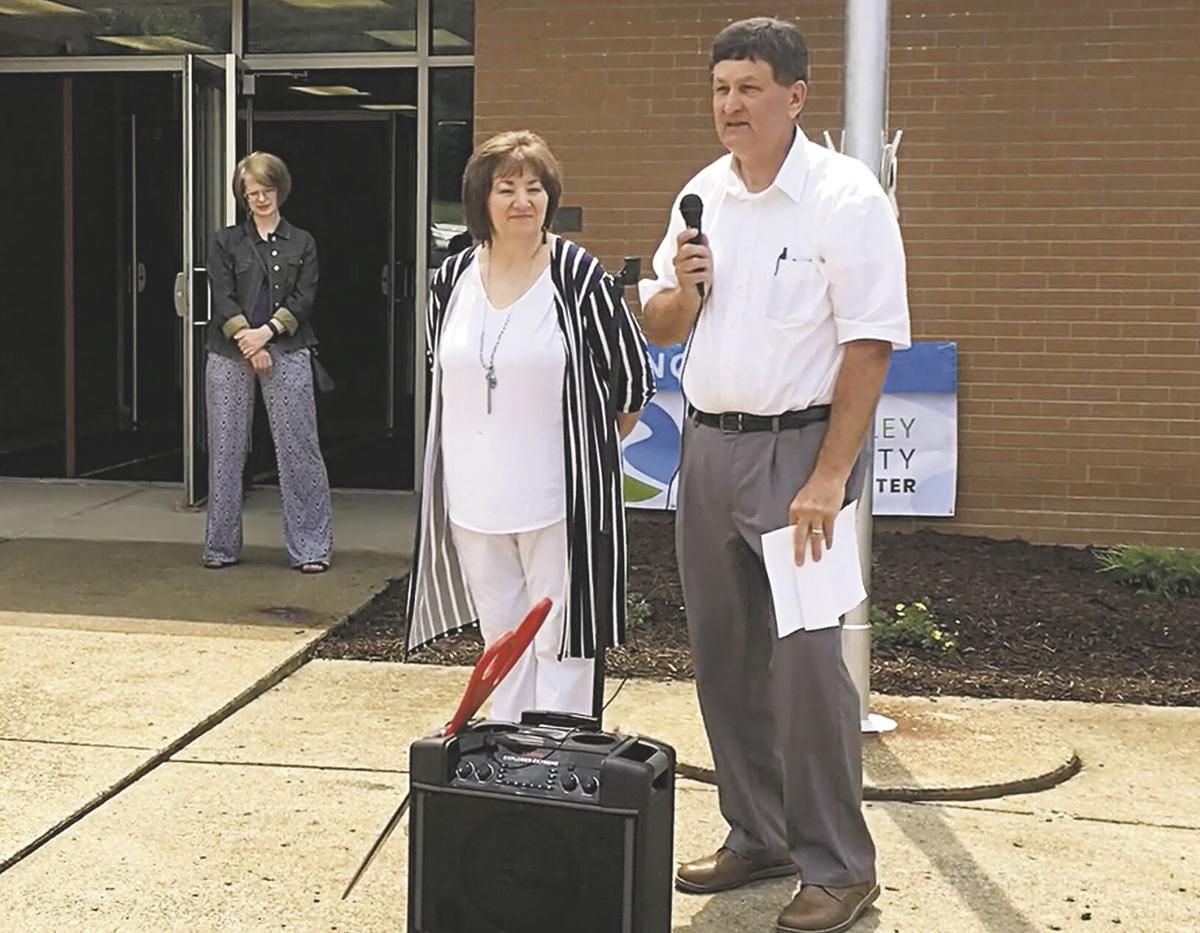 Joe Goodge, flanked by his wife, Zenia, speaks at Thursday’s grand opening ceremony for the River Valley Community Center. At rear is Kimberly Koller-Jones, executive director of Arts + Education at The Hoyt, who painted a mural inside the building. 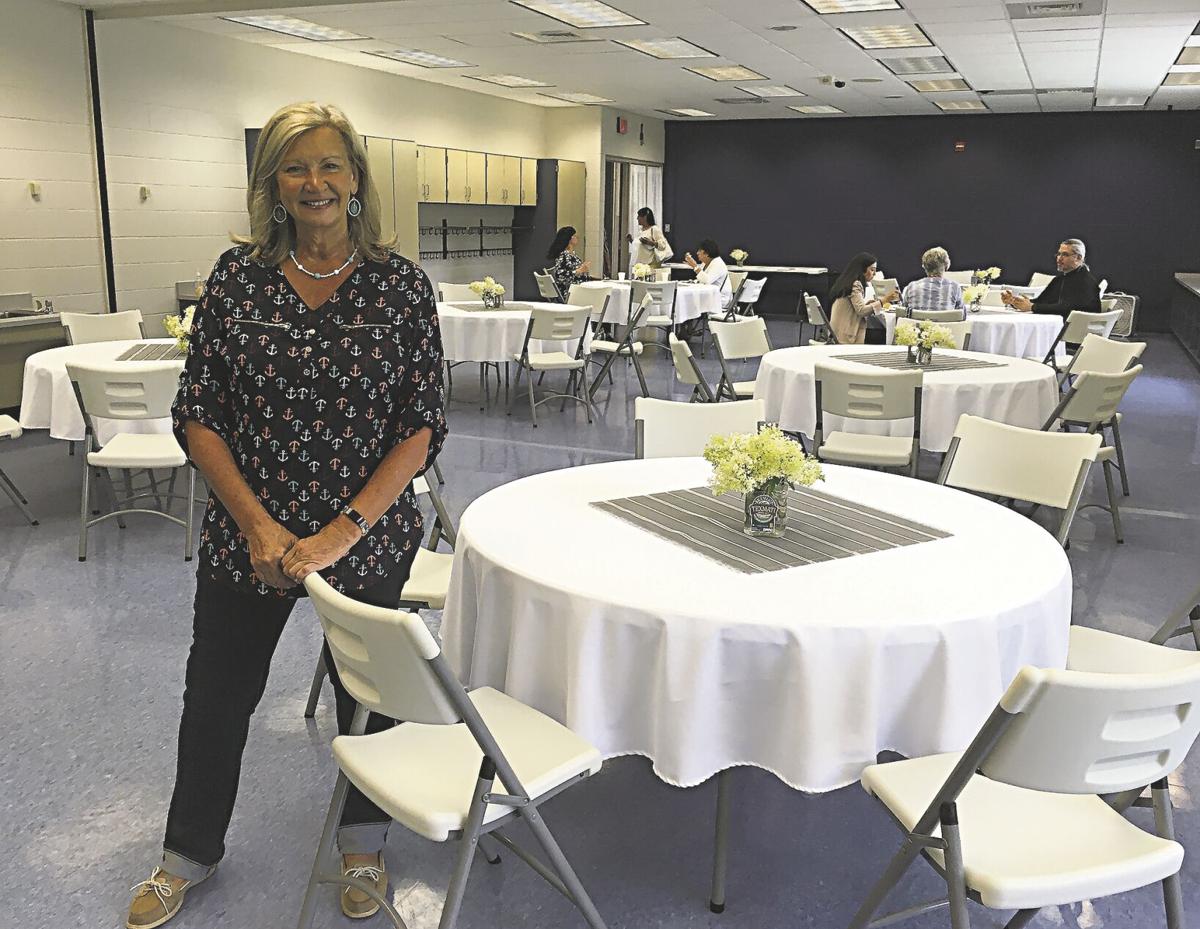 Diane Bell, who taught for 23 years at the Pulaski Elementary School, returns to one of her former classrooms at what is now the River Valley Community Resource Center. 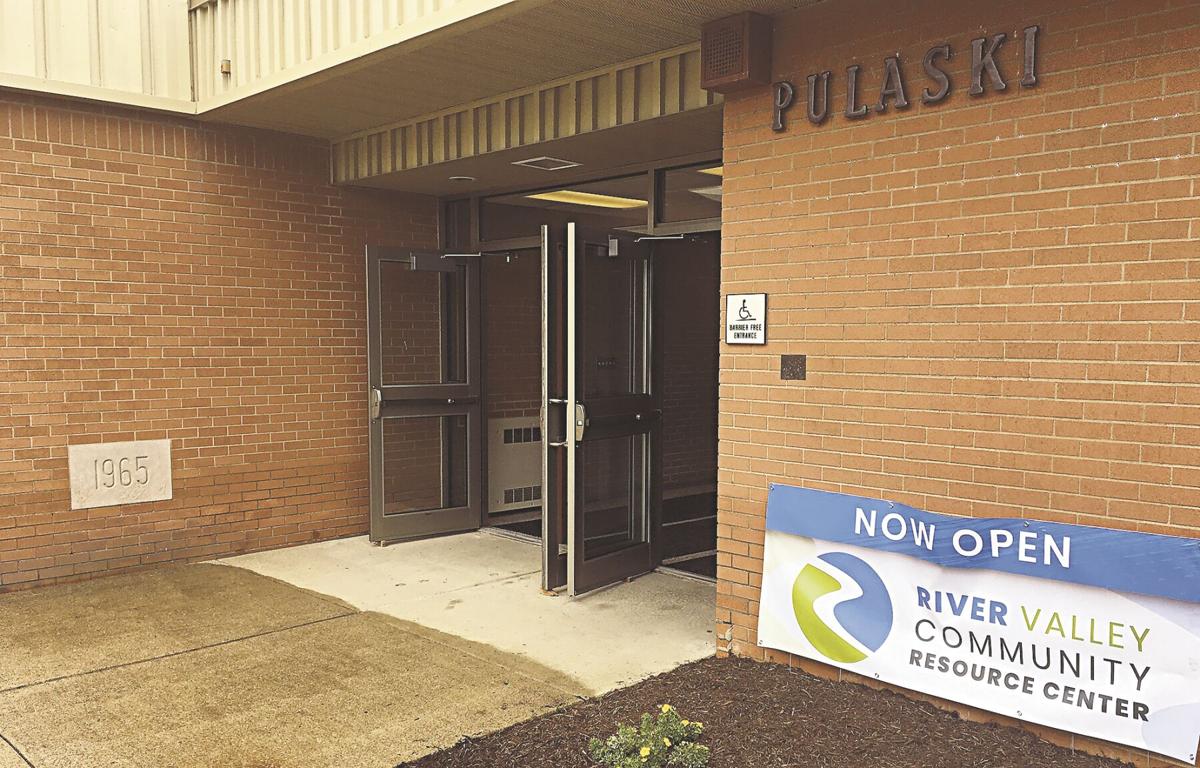 The doorway through which students once entered Pulaski Elementary School is now the entrance to the the River Valley Community Resource Center. 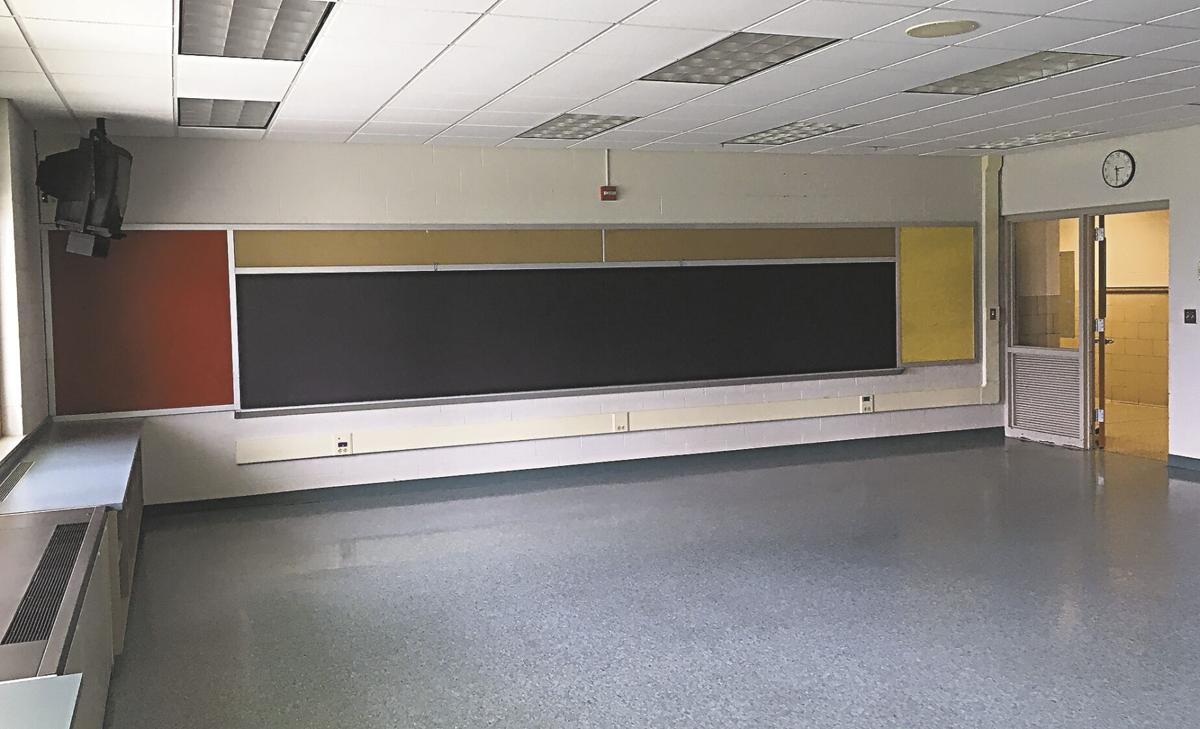 Joe Goodge, flanked by his wife, Zenia, speaks at Thursday’s grand opening ceremony for the River Valley Community Center. At rear is Kimberly Koller-Jones, executive director of Arts + Education at The Hoyt, who painted a mural inside the building.

Diane Bell, who taught for 23 years at the Pulaski Elementary School, returns to one of her former classrooms at what is now the River Valley Community Resource Center.

The doorway through which students once entered Pulaski Elementary School is now the entrance to the the River Valley Community Resource Center.

Here is the schedule of events.

The Pulaski Elementary School has been closed for four years, but its halls still have the p…

Goodge was among the first students to occupy Pulaski Elementary School when it opened on March 28, 1966.

“I remember coming in the first day,” he said. “The building was brand new, and I just remember my teacher, Mrs. Taylor, saying, ‘You guys treat this building with respect, it’s brand new. The school paid a lot of money for it. Take care of it.

Goodge and his wife, Zenia, purchased the school at auction in 2019, about two years after the Wilmington Area School District closed it because of declining enrollment. Since then, they’ve been transforming the 30,000-square-foot facility and its accompanying 12 acres into the River Valley Community Resource Center.

The property boasts modifiable space that can be used for private party functions, office leases, special events, trade shows, conferences or as a training center. Also, an indoor gymnasium, outdoor ballpark and pavilion are available for rentals.

After being delayed a year by COVID-19, the center held Day One of a three-day grand opening celebration Thursday that included a ribbon-cutting, the unveiling of a mural painted by Kimberly Koller-Jones — executive director of Arts + Education at the Hoyt — and tours and refreshments.

“We purchased it as a business venture,” Goodge said during the opening ceremony, “but secondly, and just as importantly, we purchased it with the thought of trying to grow the community and not see things die out in this area.

“We have had a lot of support from local officials … and the community, too, really wants to see the building thrive. They don’t want to see this building sit empty and deteriorate like we see so many buildings around the area.”

Goodge said he has been asked why he would want to open a business in Pulaski. For starters, he and his family live there — his kids were among the last students to attend the school — and his accounting firm also is in the village.

“We are two-tenths of a mile from Interstate 376,” he noted.

“The I-80 corridor is right to the north of us, (Route) 422 is just a little to the south. If you drive 15 minutes in any direction from here, you’re going to be in a town.

Goodge said there is still a lot of work to be done to complete the former school’s transformation into a resource center, but the facility is already attracting attention. Butler County Community College, he said, is interested in offering classes there, and its first one will take place Aug. 28.

“This last year,” he said, “the gym was occupied from November through March, every weeknight and every Saturday and Sunday, with the exception of maybe a couple of days.

Koller-Jones called herself a “silent witness” to the building’s transformation as she was working on the mural.

Among those for whom the event served as a homecoming was Diane Bell, who taught 23 years at the school and retired upon its closure. In addition, her husband and children all attended Pulaski Elementary, and she still tends to a butterfly garden behind the school that she created.

“It feels great to come in the building because I’m glad that Joe and Zenia bought it,” Bell said.

“We didn’t want to see what has happened to some other schools happen here. It’s a beautiful building, and now it’s like full circle because I’m going to teach a (one-day) butterfly class here for BC3, and we can use the butterfly garden, so it’s a perfect set-up.”

“It feels good to be back where I was. This was home to me. My white boards are all gone, and there’s not 30 desks in here, but they’ve done a beautiful job with it.”