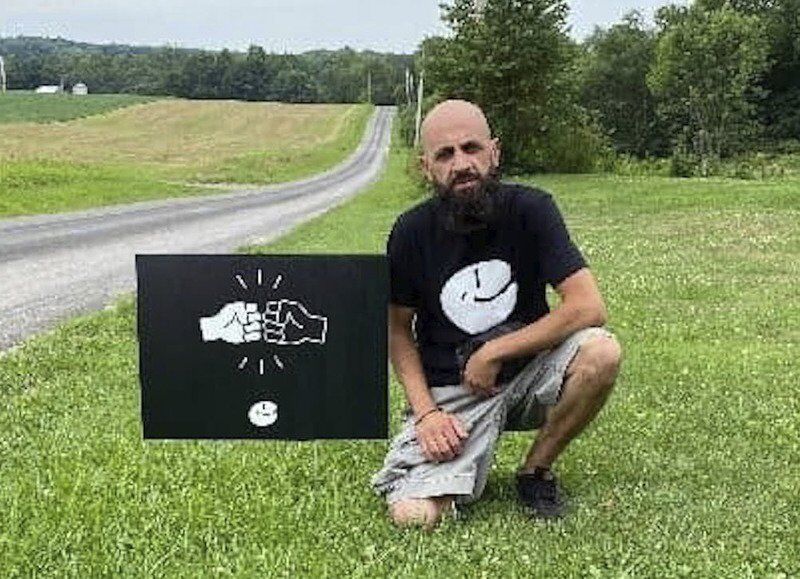 Shadi Mansour poses next to one of his unity signs. 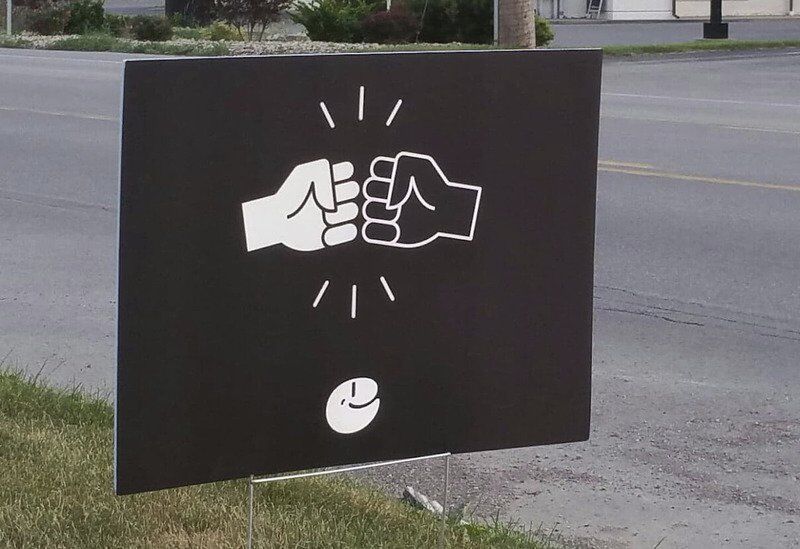 The black signs feature a white and black fist coming together for a bump. The idea for the signs is to promote unity within New Castle.

Shadi Mansour poses next to one of his unity signs.

The black signs feature a white and black fist coming together for a bump. The idea for the signs is to promote unity within New Castle.

With the COVID-19 pandemic coinciding with heightened political and racial atmospheres, Shadi Mansour is trying to promote unity within New Castle.

Mansour, owner of Glass Paper & Vapor smoke shop on Wilmington Road in Neshannock Township, had an idea to encourage oneness with yard signs. The black signs feature white and black fists coming together for a bump. At the bottom is the store’s “smiley face” logo. There are no words on the sign, meaning if people weren’t familiar with the store’s logo, they might not know who was responsible for making them.

“With the current events that are going on, I just wanted to do our part in supporting unity,” Mansour said. “That’s kind of why we put them out. We just wanted something nice and simple, a positive message. That’s essentially the energy behind that sign.”

The signs were designed by Mansour’s graphic designer friend, Hickory Township resident Aaron Elliott of Forward Trends. The fist-bump, he said, is simple and designed to show the message of unity. Mansour said he placed around 100 signs over a three- or four-day stretch last weekend. He focused on entrances to the city from all sides and placed a few downtown in Kennedy Square. He said he also went up into Shenango and Union townships, the North Hill and up to the East side planting the campaign-style signs along main roads.

“We have more coming,” Mansour said. “There’s an overwhelming positive feedback on social media, so we plan on getting more signs and hopefully getting some T-shirts made to spread the energy and positivity.”

He said there’s been overwhelming positive support in the form of social media feedback for the project.

“It’s our way of trying to support the whole Black Lives Matter (and) unity,” Mansour said. “I think we need more of that in our community. There’s a lot of division with what’s going on in the world. We need to stick together no matter the situation or walks of life we come from.”