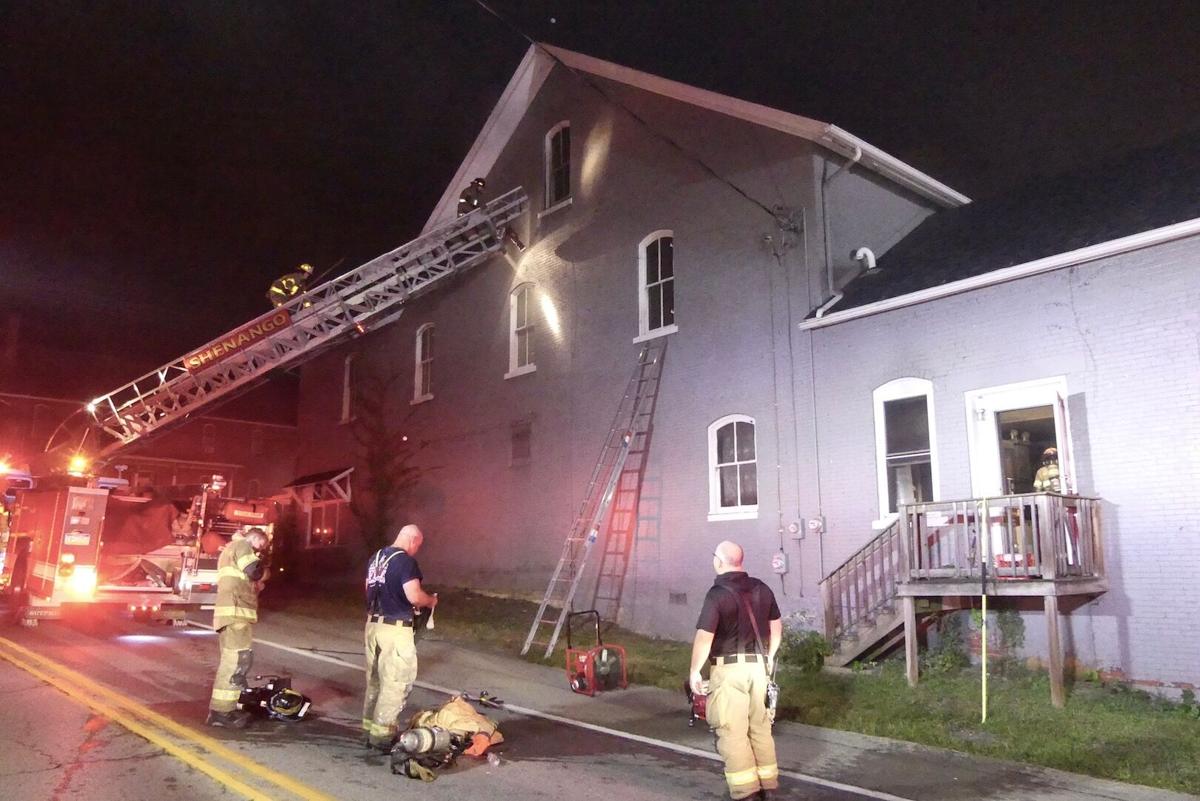 Firefighters double up on a ladder to check the upper floors of the former Village Inn, a 150-year-old landmark in Harlansburg, Scott Township. 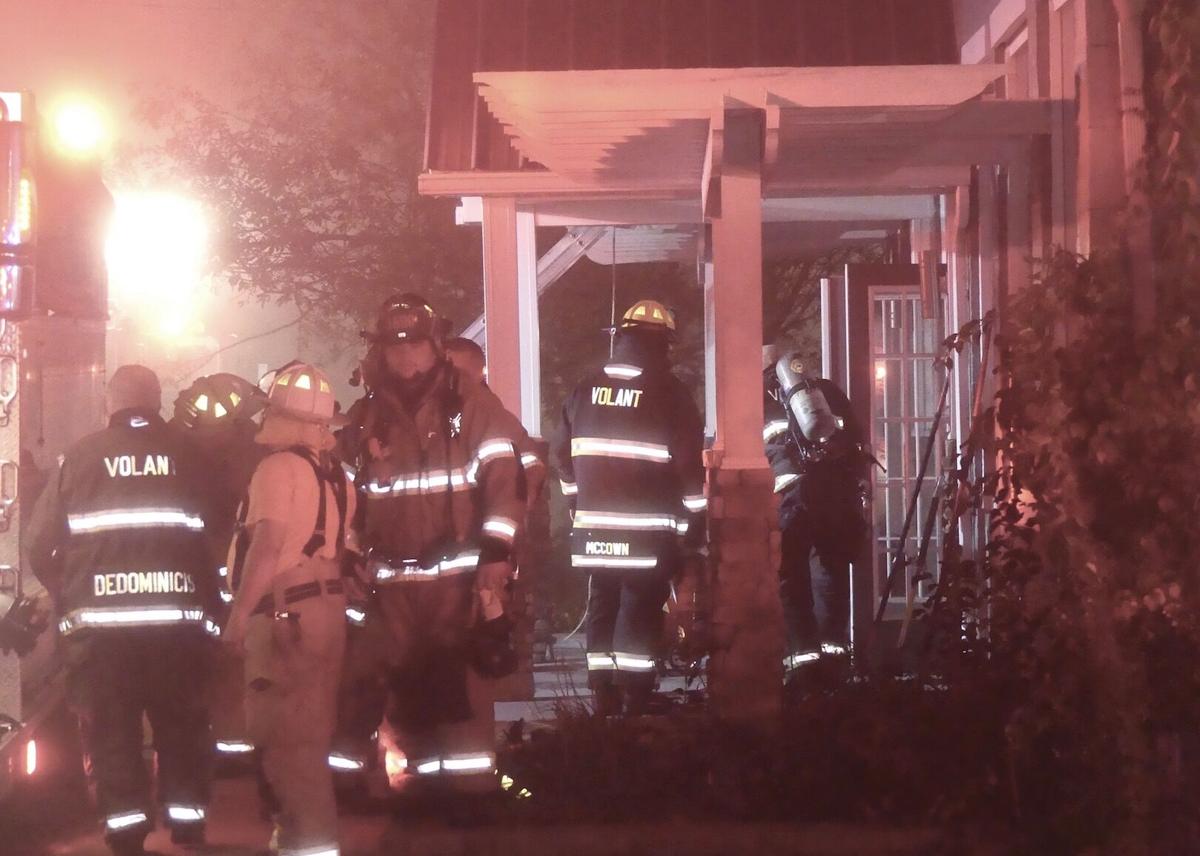 Firefighters from multiple departments battle an overnight kitchen fire inside the former Village Inn in Harlansburg.

Firefighters double up on a ladder to check the upper floors of the former Village Inn, a 150-year-old landmark in Harlansburg, Scott Township.

Firefighters from multiple departments battle an overnight kitchen fire inside the former Village Inn in Harlansburg.

A 150-year-old Harlansburg landmark was saved from total demise overnight when firefighters from multiple departments showed up to battle a kitchen blaze.

Fire broke out around 1 a.m. inside the former Village Inn, which had been a popular restaurant for decades and most recently was the home of a catering business, JPC Event Corp., owned by Richard and Jodi Wimer.

The fire was limited to the kitchen of the three-story building, Rodgers said. The rest of the structure has extensive smoke, heat and water damage.

He said that nobody was inside the building at the time, and the fire was contained to the kitchen, a 20-by-30-foot area. The fire didn’t spread upstairs.

“It was a pretty good response,” Rodgers said.

“That’s one thing with mutual aid, how well they all came and worked together,” Rodgers said. “It’s a wonderful thing. We can’t do this by ourselves and we have to go further and further to get more firefighters.

“Everybody did a phenomenal job with that being such a long building,” he said. “We never ran out of water, there were no injuries and it worked like it should have and how we trained.”

Rodgers took over this year as fire chief and this was his first big fire. He had been Scott’s assistant chief for eight years prior.

“This was a large fire for the size of the building,” he said, adding that the catering business is non-operable due to the fire.

The state police fire marshal has been called to investigate the cause, but the origin of the fire does not appear to have been suspicious, Rodgers said.

JPC Event Corp. has served the region with catering, event planning and venue management since 1998.

Nancy A. Peak, 69, died on Oct. 22, 2021. Arrangements are by the Ed and Don DeCarbo Funeral Home. Please visit website for the complete obituary at www.decarbofuneral.com.