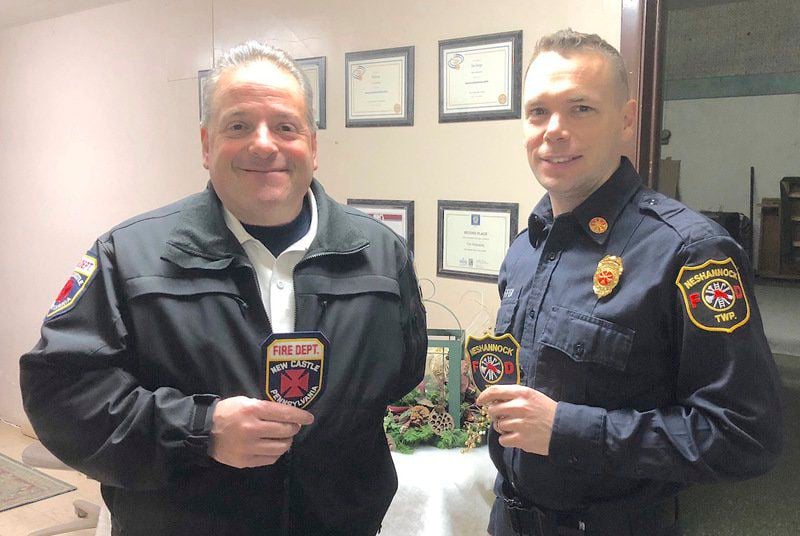 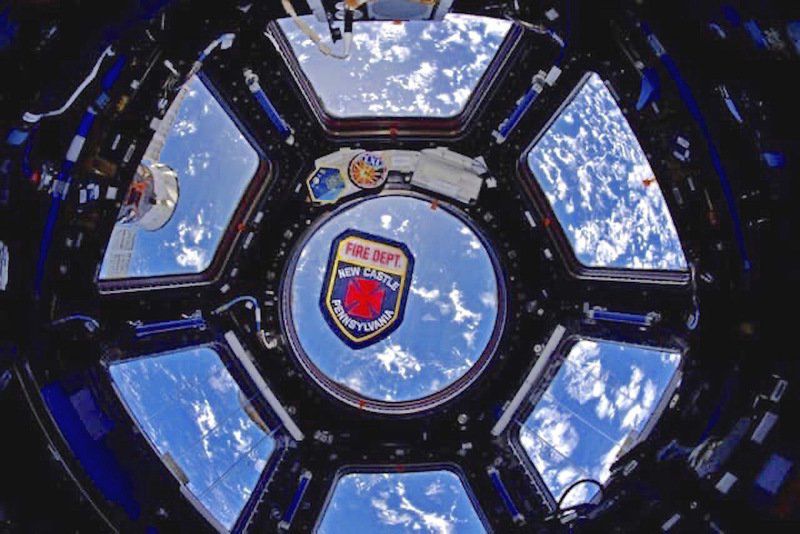 The New Castle Fire Department patch made it all the way at to the International Space Station, courtesy of Astronaut Drew Morgan. 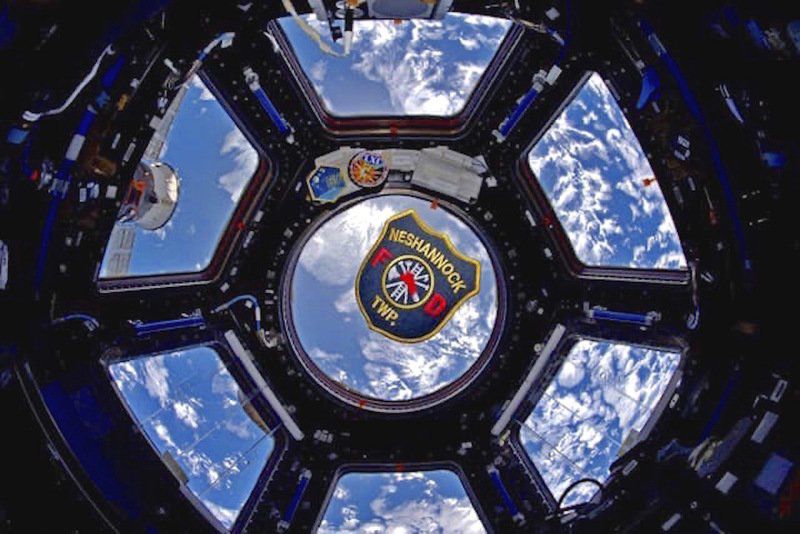 The Neshannock Township Volunteer Fire Department patch made it all the way to the cupola of the International Space Station, courtesy of Astronaut Andrew Morgan.

The New Castle Fire Department patch made it all the way at to the International Space Station, courtesy of Astronaut Drew Morgan.

The Neshannock Township Volunteer Fire Department patch made it all the way to the cupola of the International Space Station, courtesy of Astronaut Andrew Morgan.

Two county firefighter patches quietly went missing early in 2019, and right around the new year they surfaced in a place nearly no one suspected — the cupola of the International Space Station, courtesy of NASA Astronaut Andrew Morgan.

The members of the fire departments were astonished when they were informed that their patches were on display in the Earth-facing observatory of the International Space Station. Astronaut Morgan took pictures of the patches and email them to his father, Col. Rick Morgan (RET.), who then passed them along to the fire department leaders.

New Castle firefighter Marco Bulisco said he was completely unaware of the situation.

“It was on Saturday night and we were working,” Bulisco said of when he found out the patches were in a low-Earth orbit. “Chief Kobbe was in the assistant chief’s office and he comes and gets us. Apparently, when Astronaut Morgan came to get the patch, our turn wasn’t here. So we were unaware.

“Chief [Mike] Kobbe said [the patch] was at the International Space Station. That is just nuts.”

Kobbe said he was contacted by Rick Morgan, who said his son had a picture he wanted to share with the fire department.

“It makes us really proud,” Kobbe said of the astronaut’s gesture to the local fire departments. “Astronaut Morgan has accomplished an enormous feat to begin with, just being an astronaut. One of the big things about public safety, especially firefighters and it is an old quote, the minute you decide to be one you have already done the bravest thing you are going to do. After that it is a job. I feel the same way about that gentleman.

For Neshannock Township deputy fire chief Brad Shaffer, he was shocked at first but then “wasn’t surprised” given he knows the close relationship Neshannock fire chief John DiCola shares with the Morgan family.

“We were honored,” Shaffer said. “At first, I didn’t believe it. When they showed it to me, I said ‘is that real?.’ I saw the message with it, and it was very nice of him to personalize that the way he did.

The chiefs said the email correspondence they had with Rick Morgan, he said that his son “gathered various patches from local first responders to ‘fly’ with him into space so that he might ‘share’ his experience with you.”

Rick Morgan said in the email correspondence that the family had deep roots spanning back four generations in Lawrence County, and at that Astronaut Morgan felt he shared a similar background and training to what the first responders may have experienced.