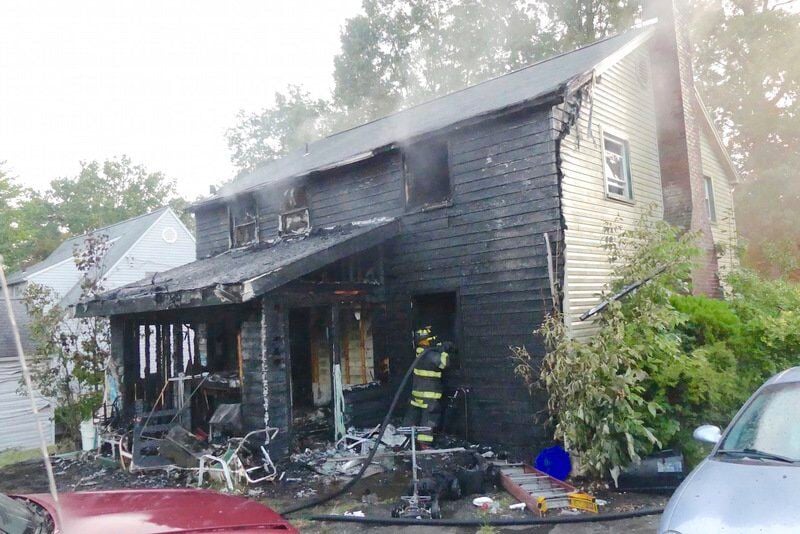 The back side of a house at 1706 Carlisle St. is severely damaged by fire that broke out shortly after 7 p.m. Tuesday. 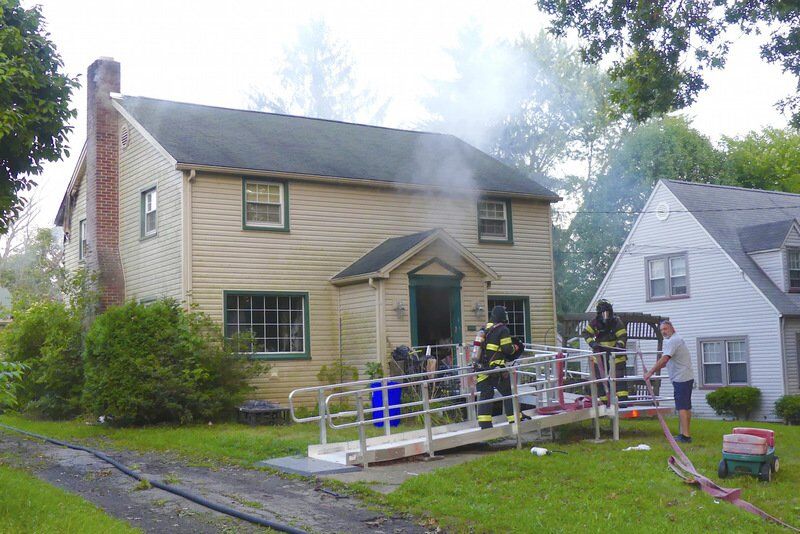 The back side of a house at 1706 Carlisle St. is severely damaged by fire that broke out shortly after 7 p.m. Tuesday.

A spark that ignited some discarded cardboard on a family's back porch resulted in the loss of their North Hill home Tuesday afternoon.

New Castle firefighters responded around 7:20 p.m. to 1706 Carlisle St., where they found the back porch of the two-story house in flames.

"We confirmed everyone was out of the house," fire chief Mike Kobbe said. The family also had rescued all of their dogs before the firefighters arrived.

The blaze had spread to the interior of the kitchen and living room downstairs, and up a wall into the eaves, Kobbe said, and smoke was billowing out the back windows.

The family's 17-year-old son and his mother both told the chief that the youth had been roasting marshmallows on the stove with a chicken skewer, and when he was done, he threw the skewer into the garbage on the the back porch without dousing it with water. The spark from the stick ignited cardboard, Kobbe said.

The youth was taken by ambulance to UPMC Jameson Hospital for smoke inhalation that he suffered when he tried to retrieve a scooter from the porch.

Kobbe said that the parents, Trudy and Tim Hazenstab, had the home insured. He said the house appears to be a total loss, with an estimated $80,000 damage to the structure and contents.

"The wall on the rear porch was gone when we got there," he said. "There is a lot of structural damage."

The house is of wood frame construction with blown insulation, and the fire "went like a Roman candle, it just took off," Kobbe said.

The heat from the blaze melted some of the siding on the house next door at 1704 Carlisle St., which had just been sold last week, Kobbe said.

Several dogs belonging to the Hazenstab family were turned over to a family member. The Red Cross arranged for motel lodging and other aid for the family.

The New Castle police also responded to the fire, and the Union Township Volunteer Fire Department stood by at New Castle's station. Kobbe said the fire department was on scene for nearly 1 1/2 hours.

He credited the Hazenstab family for acting appropriately when the fire broke out.

"They smelled the smoke before the detectors went off and they got their pets out and didn't try to go back in," he said.

Robert Razzano, a neighbor on Carlisle Street, said he was outside when he heard an explosion and thought it was a big firework. He went out to get dinner, and later returned to find the fire engines and other emergency vehicles on the street.

"There was a little excitement here on Carlisle Street, and not the kind that we like," Razzano said. "Thank God everyone was safe. Were were just happy that no one got hurt."

Stephanie M. Gennock, 88, of New Castle passed away the evening of Sept. 20, 2020, at UPMC Jameson Hospital. Mrs. Gennock was born on Nov. 6, 1931, in New Castle. She was the daughter of the late Constance and Christina (Zych) Gozewski. She was married to the late John "Rags" N. Gennock. He …