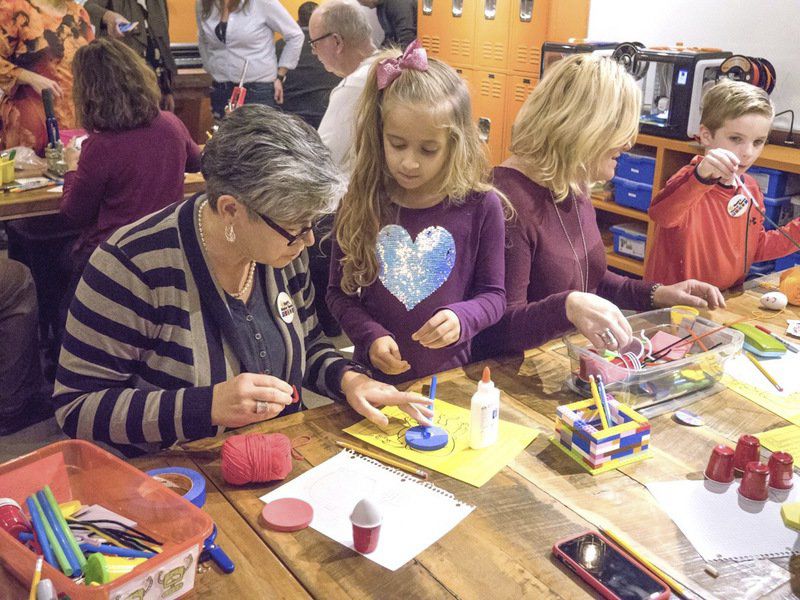 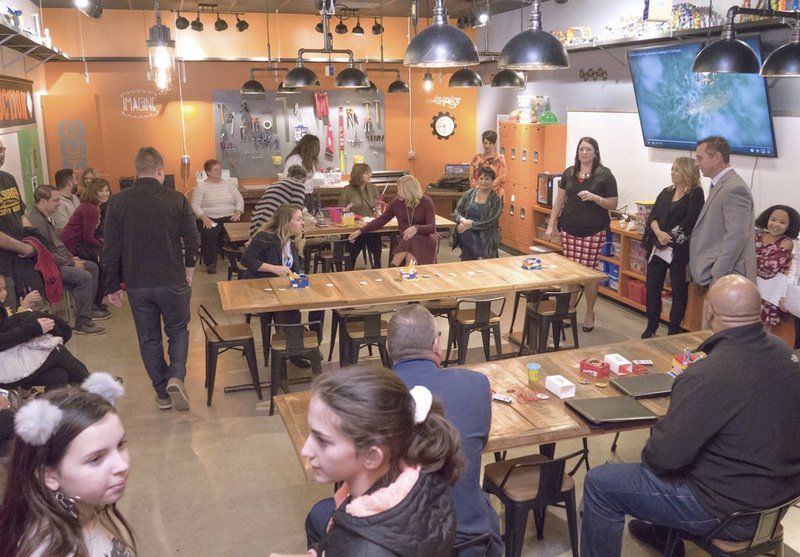 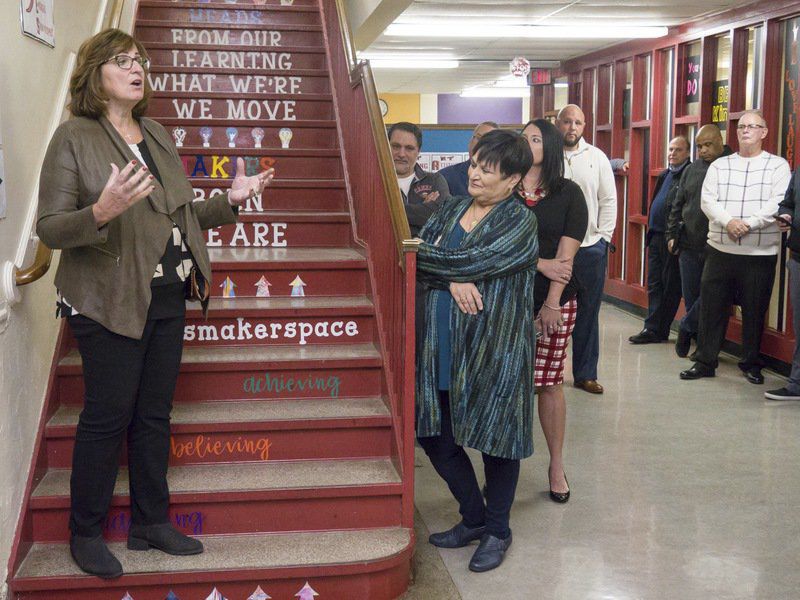 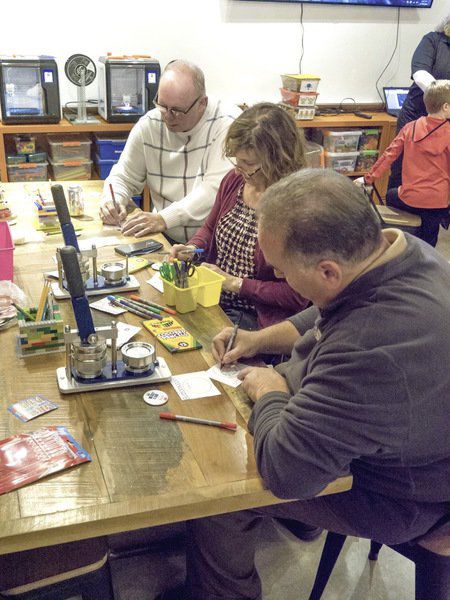 A brightly decorated classroom with plenty of visuals has been captivating students and adults at the George Washington Intermediate School in the New Castle Area School District.

The room, officially named Matt’s Maker Space, was unveiled to New Castle School Board members earlier this month. Its novelty approach to learning captured their interest as they learned button making, vinyl cutting, 3D printing, design thinking, and coding circuits, all hands on, to see what and how the students are learning through the district’s Science, Technology, Engineering, Arts and Mathematics curriculum.

The room’s creation was made possible by a Mount Lebanon family who lost a 12-year-old boy to cancer. That and similar donations to other schools by David and Noelle Conover have enabled the family to heal their grief through generosity.

The Allegheny County couple have formed a foundation and funded Matt’s Maker Spaces in 23 locations, most of them at schools. The classrooms are named in their son Matt’s memory, and the George Washington classroom is the only one in Lawrence County the couple has funded.

The room has an industrial-like atmosphere with repurposed wooden tables and industrial lighting, making it an optimum place for hands-on activities, explained David Antuono, the school’s principal who oversaw the construction and installation of the classroom.

The walls are bright orange, black, and grey, and motivational and creative expressions are boldly displayed. Its cutting-edge contents include two 3D printers, a vinyl cutter, two Cricuts, computers, a television and a robotics cart loaded with Makey Makeys, Squishy circuits, Ozobots, Lego Mindstorms and Spheros, objects that STEAM students are taught to understand.

The Conovers donated $25,000 for the room, which is on the third floor of the school building. They chose New Castle as a recipient through a Pittsburgh area competition that the 4th graders of New Castle teacher Bill Cook entered and won.

New Castle school officials cut the ribbon Nov. 12, officially opening Matt’s Maker Space for classroom use, and Noelle was there to see it happen. School Board members and administrators rolled up their sleeves alongside the children to see what hands-on learning is all about.

When the Conovers’ son, Matt, was diagnosed with non-Hodgkin’s lymphoma about 17 years ago, the residents of their suburban Pittsburgh community reached out to them, taking them meals and caring for their three other children as they made many doctor and hospital visits.

“The community just surrounded us,” Noelle said. “We all thought Matt would live.”He died nine months after his diagnosis, on July 5, 2002.

The Conovers’ community continued to surround them, “taking care of us when we couldn’t take care of ourselves,” Noelle said. The family decided to give back, “because when you give back, you start to heal.”

The Conovers’ youngest child, who was 3 when Matt became ill, was graduating from high school three years ago when they decided to give their community a thank-you gift, creating a Maker Space in a Mount Lebanon school, where students experience hands-on, experimental or project-based learning learning through STEAM.

“We decided this would really honor our son,” Noelle said. “He was the kind of kid who was a tinkerer. He loved Legos and putting them together in his own way. He was very creative.”

Mount Lebanon has seven elementary schools, and the Conovers gave funding for seven Maker Spaces that year, she said.

“People asked us why we would donate to a public school,” she explained. “A lot of tax dollars go into normal maintenance and salaries, but it’s the extra stuff that really help these kids learn. You can donate to your public school and help it become a better place.”

The idea caught on so fast that the Conovers decided to create “Matt’s Maker Spaces” in other places and keep it going, Noelle explained. The next one will be created at Children’s Hospital in Pittsburgh, where she works. Another one is in the Mount Lebanon Public Library.

“The story of New Castle is wonderful,” she said.

The Conovers had started a contest at the children’s museum called Matt’s Maker Prize, where students could enter with a goal to take a balloon and pop it by making a machine called the Rube Goldberg machine.

Cook’s 4th grade students won the $2,000 challenge and wanted to use the money to create a Maker Space in their school. Cook sent Noelle a note about it, and she and her daughter visited George Washington. They were so taken by the teachers, administration and students there that they decided to give them the additional $25,000 for the room, she said.

The foundation, Matt’s Maker Space Inc., is funded by the Conovers’ own money, plus private donations, and contributions from such larger groups as the Grable Foundation and Ansys, a Pittsburgh-based engineering company.

“A lot of people donate, and even if it’s just $10, every little bit helps,” Noelle said, adding, “New Castle’s is our 23rd Maker Space.”

Superintendent Debbie DeBlasio noted that the two curricula were in the district’s spotlight in November.

“If not for these amazing and creative teachers, our STEAM program would not be what it is today,” she said.

More information about the organization is available online at www.mattsmakerspace.org.

Editor's pick for May 5 newspaper

Managing editor Pete Sirianni previews a story in the May 5 newspaper.