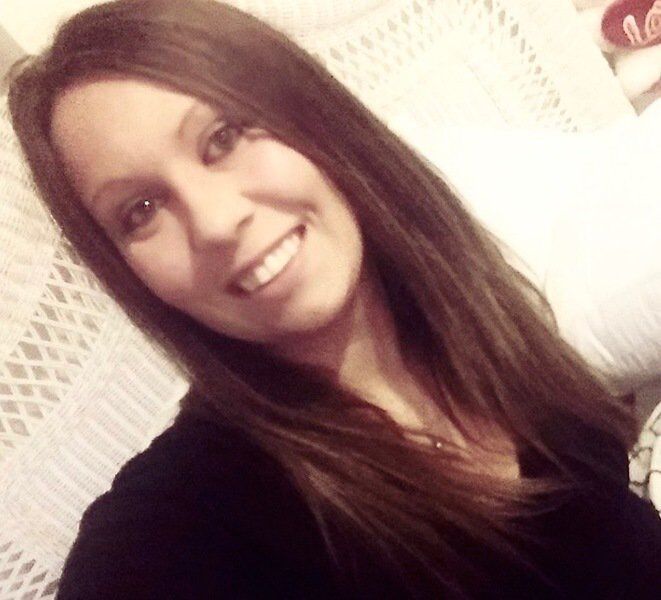 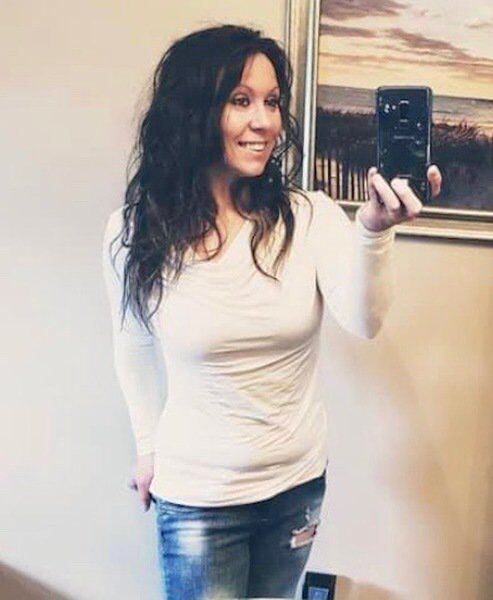 Melissa Henson in a photo she previously posted on Facebook.

Melissa Henson in a photo she previously posted on Facebook.

The grandmother of Melissa Henson said she reported her granddaughter missing after hearing from her friends in New Castle that they hadn't seen her.

Henson was last seen in New Castle in mid-January, according to information on fliers circulated in search of her whereabouts, but the exact dates are conflicting.

Candice Quiles of Cleveland said her granddaughter had plans to visit her over the Christmas holiday, but the weather turned bad and they had talked about visiting at a later time instead. She never did get the chance to see Melissa before she learned of her disappearance.

Melissa, 35, grew up in Ellwood City, where her father and stepmother lived, her grand explained. Her mother said she moved to New Castle in 2017.

"How she got to New Castle, I'm not sure. I think she had friends there," Quiles said. She remembers her granddaughter dating a man for just over a year until she developed a drug problem that seemed to have taken over her life.

Around Christmastime, Quiles received a phone call from a man who lives in Neshannock Township, saying Melissa had been staying with him. He had relatives in the Cleveland area and was going to go visit them and take Melissa to visit her for Christmas, she said. "We had a terrible snowstorm that weekend and I had called her back and said it wasn't a good idea to travel because of the storm. I said we'd get together after the holidays. I never heard from her again."

The Neshannock man called her and told her that Melissa had left all of her clothes at his house and he wanted to know what to do with them.

"It was the first I was aware of it and became concerned," she said. She said he called her back around Good Friday in April and informed her that Melissa had gone to stay with another man and his father. They reportedly lived on Neshannock Boulevard. The man told her that Melissa left her phone and identification and clothing at the home of the other man and his father, and he hadn't seen her.

"That really set me off," Quiles said. People don't go anywhere without their phones and ID. When I heard this, that's when I started to panic and I called the (New Castle) police and they asked her last address. I didn't know this guy. I never heard of him before."

Melissa's mother lives in Florida and had not spoken with her daughter since Christmastime and requested her name not be used.

"I had to tell her that she went missing and that I filed a report on her," Quiles said.

Melissa's father still owns a home in Ellwood City but also has one in Cleveland. Quiles said that no one in the family knew of Melissa's disappearance until she initiated the missing person process.

Her mother said in a phone conversation Thursday that she fears that foul play may have been involved in her daughter's disappearance, whether she is alive or dead.

"I expect the worst but hope for the best," she said. She recalled their last phone conversation having been around Christmas, then they communicated on Facebook on Jan. 17.

She said her daughter has not been on Facebook since then. When the mother and daughter last communicated, "it seemed like everything was fine and she was surrounded by friends and was just enjoying her life," her mother said. "She told me that she loved me and said at one point that I was a good mom."

She described her daughter as having "a kind heart. She is a giving person and would do anything for anyone."

A local search party group called Walkers Volunteer Search Party learned of the case in early May and has been searching areas of New Castle almost daily, said Marcia Black, one of its organizers. They looked all around her last residence on  Neshannock Boulevard, and they searched all around Oak Park and Graceland cemeteries and all of the cliffs behind them. They also searched off roads leading into the El Rio Beach area, she said.

Black's husband, Chris Black, actually climbed a cliff to look to the bottom, she said. "We've driven down so many back roads."

Their search of the land is based on a presumption that Melissa could be dead, but they don't know if she's dead or alive somewhere, Black said. "We got a tip that she left with someone in a car, but we we don't even know if that's a credible tip."

She said people are calling in tips daily and leaving them on social media, but no one knows what's credible and what is rumor.

New Castle police detective John George said he is getting a lot of information from various sources, including from the Walkers Volunteer Search Party.

"We still need help from the citizens or anyone who has information, to help either validate information we have or to discount something that's not credible," George said. He has been in regular communication with the other police in the department and with district attorney's office and other agencies, and "we're working on things daily. We appreciate the information we get and we're doing our best to vet it in a timely manner."

"I appreciate everything everybody's doing over there in keeping the detectives' eyes open and keeping them working on it," her mother commented. "Somebody knows something."