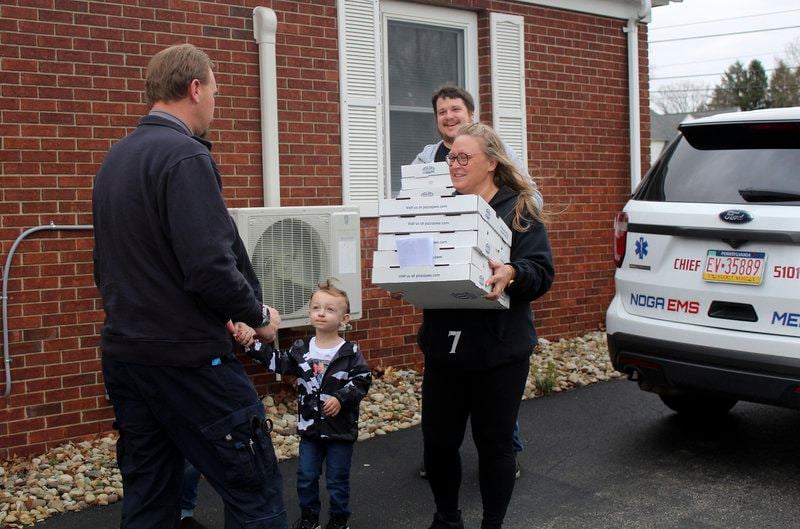 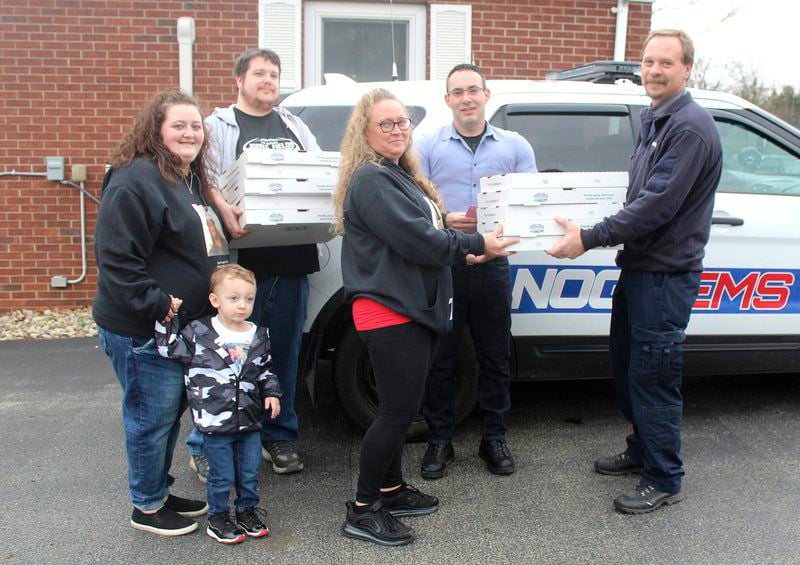 His family, however, is making sure his memory lives on with a second football camp this summer and a new scholarship to be awarded to a New Castle High School student-athlete. They took it a step further this week, as his mother, sister, brother-in-law and nephew have made it their mission to give back to those serving the greater New Castle community.

Step one was on Sunday, when the family donated 15 pizzas to workers at Butler Memorial Hospital.

“My husband and I were talking about it,” Ashley Fink, John’s sister, said. “I know that community of New Castle helped us out with doing the camp and the scholarship for my brother. When he passed away, the community really helped our family. We just wanted to help give back to the community.

Terri Fields, John and Ashley’s mother, made a phone call on Sunday to the Noga offices and set up the drop-off. Shortly after 12:30 on Monday afternoon, the family came to drop off the pizzas to Chief Operating Officer Luke DeRosa and assistant Chief Adam Bender.

“Seeing them be appreciative and us being able to maybe put a smile on their face during this rough time,” Ashley Fink said of the donation being worth it. “It’s the least we could do to help the community and everything.”

The family is hoping others in the community will follow their lead by giving back to those still having to work during the pandemic. Ashley Fink noted the work Victory Christian Center is doing in cooperating with the New Castle Area School District to give out free meals three times a week.

On Tuesday, the family plans to bring four dozen donuts from Dunkin to UPMC Jameson for their workers.

The John G. Fields football camp is still tentatively scheduled for June 13 at Taggart Stadium. Last year’s camp featured many Lawrence County coaches lending their expertise, as well as Fields’ former coach from Thaddeus Stevens College of Technology in Lancaster. If the camp can’t go off as planned, it will be rescheduled for later in the summer.

The family is giving away the its first scholarship in memory of Fields this spring. The $1,000 prize will be given to a senior New Castle High School football player who has a love of football. Applicants filled out a questionnaire responding to three prompts about their influences in life, their love of the game and their desire to give back.

“What we were looking for was someone like John,” Ashley Fink said. “He didn’t have the best grades, but the love of football was his thing. The love of football and how they are in the community and what influences they have in their life.”