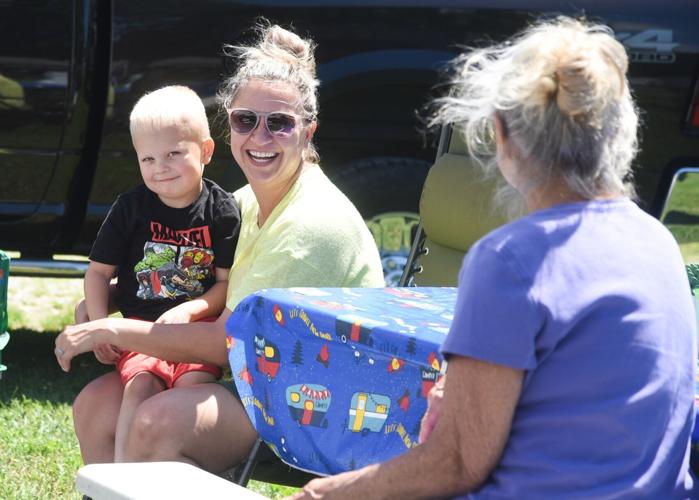 Milo Murrian, 5, sits with his mother, Corrie, while camping at Miller Brothers Campground in Conneaut Lake. 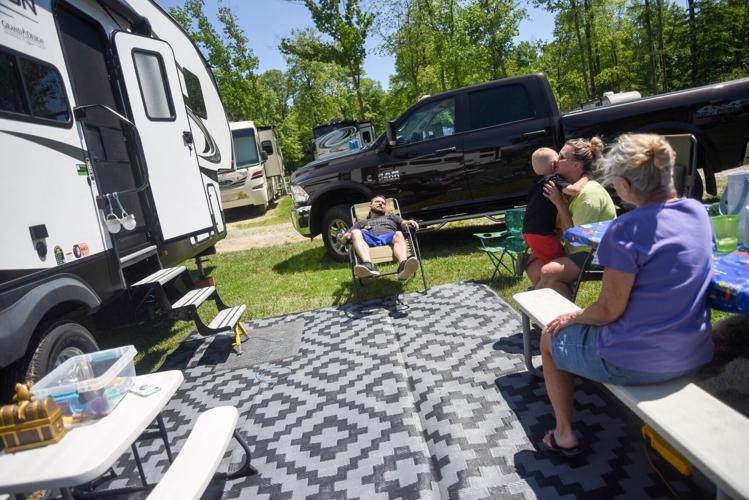 From left, Jared, Milo and Corrie Murrian of Transfer and Karen Paden of Sharpsville enjoy the nice weather while camping at Miller Brothers Campground in Conneaut Lake. 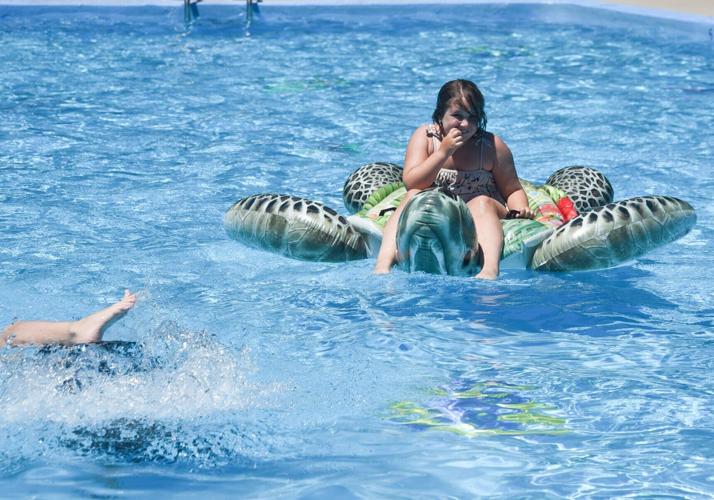 Abby Corey, 7, of Erie floats on an inflatable turtle while swimming in the pool at the Miller Brothers Campground. 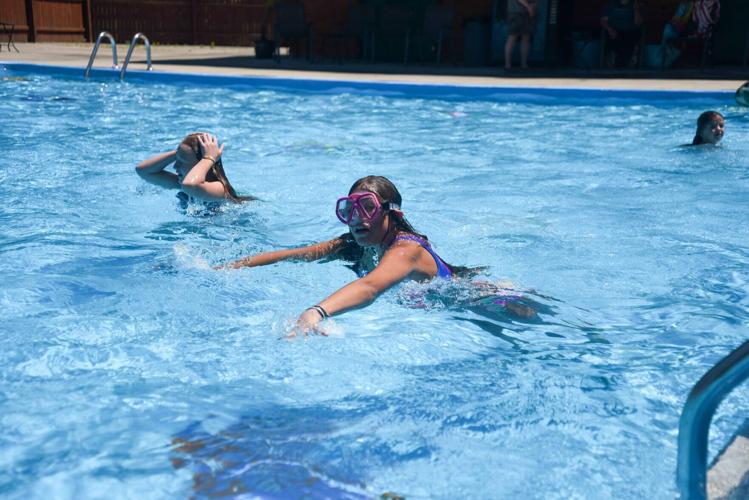 Savannah Davey (left), 11, and Isabella Senn, 11, both of Youngstown, Ohio, swim in the pool at the Miller Brothers Campground in Conneaut Lake on Friday afternoon.

Milo Murrian, 5, sits with his mother, Corrie, while camping at Miller Brothers Campground in Conneaut Lake.

From left, Jared, Milo and Corrie Murrian of Transfer and Karen Paden of Sharpsville enjoy the nice weather while camping at Miller Brothers Campground in Conneaut Lake.

Abby Corey, 7, of Erie floats on an inflatable turtle while swimming in the pool at the Miller Brothers Campground.

Savannah Davey (left), 11, and Isabella Senn, 11, both of Youngstown, Ohio, swim in the pool at the Miller Brothers Campground in Conneaut Lake on Friday afternoon.

During the height of the COVID-19 pandemic, many people turned to the great outdoors as a safe way to have fun when so many other attractions were closed down.

Now, even as the pandemic is abating, local campgrounds are finding those pandemic visitors are still turning out in large numbers, and seasons are starting off strong in the first few weeks.

Chapin said the campground saw a jump in attendance during the pandemic, especially among many first-time campers. Those same campers are still turning out, apparently having got hooked on their first visits from the past two years.

“I think a lot of people are finding a hidden treasure in us that they didn’t know was here otherwise,” she said.

Dan Bickel, park manager of Pymatuning State Park, expressed similar sentiments. While he said daily park activity, such as fishing or pleasure driving, is down, camping has stayed strong from previous years.

During the pandemic, Bickel said many people bought outdoor recreational equipment, such as boats or, important in this case, campers. It would appear that those people are still interested in making use of those pieces of equipment, even as other summer options are now available.

“We’ve definitely have had repeat campers that were new to the activity in 2020, and that’s what we hope for in state parks,” he said.

Judy Palmer, owner of Crystal Springs Campground near Linesville, said she didn’t see a jump in attendance during the pandemic. But she also didn’t see a slump either.

However, attendance has leapt up this year compared to last, and she’s seeing several first-time campers from the past few years returning again.

“I think people are really starting to get into the camping business, and airline flights are over the top,” she said. “It’s a lot cheaper to stay closer to home and go camping.”

Chapin also accredited the price of something else as making a change in attendance. As mentioned, her campground is seeing more seasonal campers, rather than people just staying for a single weekend or two, something which she thinks is caused by high gas prices.

“I’m going to attribute that to the cost of fuel,” she said. “Nobody wants to haul at 7 or 8 miles a gallon too far right now.”

In addition, she believes more people are realizing all the features Crawford County has, which has increased interest in sticking around in the county rather than hitting the road. She said she’s seen an influx in people using the Ernst Trail during this season.

Even places that didn’t necessarily see a major change in attendance during the pandemic are seeing a major jump this year. Andrew Byrne, of the Army Corps of Engineers, said in May of this year, Woodcock Lake Park saw 54,000 visitors in May.

Nevertheless, he said the park staff are excited people are coming in and taking use of the sites at the park.

A big help in Pymatuning’s case is that the park is once more having a “normal” season this year, Bickel said. That means annual events, like the fireworks show on July 2, are back on target to be held in full, whereas they were cancelled or limited during the pandemic.

As for who is turning out to go camping, the three campgrounds gave various answers, though ones that sometimes overlapped.

Chapin, meanwhile, said she was mainly seeing retirees, some of whom even bring their grandchildren along. She did mention that some of the attendees are younger families as well, however.

Palmer, meanwhile, didn’t see one group standing out over others.

“I would say it’s mixed,” she said. “We have some retirees here, we have some families.”

Regardless, however, the campgrounds are already looking forward to the upcoming season.

“We already filled with seasonals, and they’re here for the season,” said Palmer when asked her feelings on the season, “so I’d say good.”