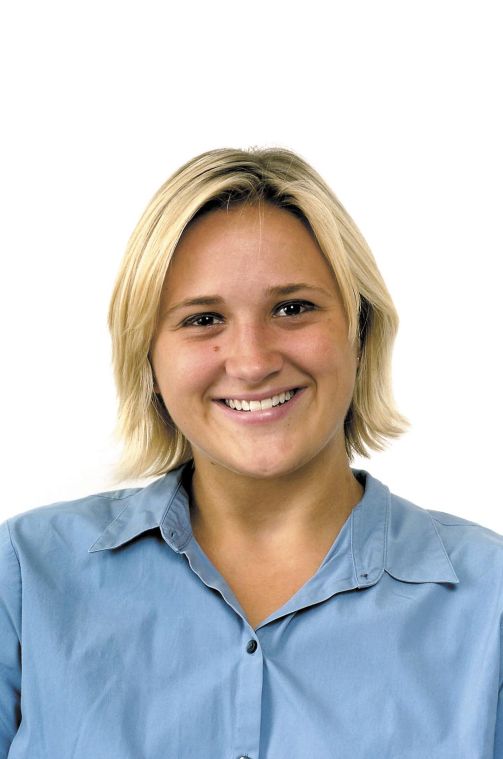 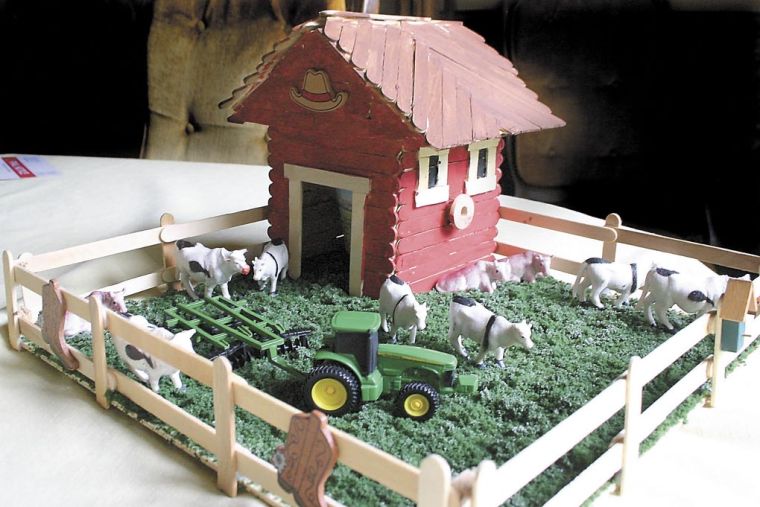 I thought dowries were a thing of the past, like tin-type photos, big band music and the VCR. Guess I was wrong. This past weekend I found out two things. One, that I am now officially engaged, and two, that I’m worth 10 cows. Ten. Cows. Yes, you heard me, 10 cows. Although their origins were of the more artificial plastic type than say, the more natural bovine type, the meaning behind them was worth more than 500 real cows. A few weeks ago, my parents, myself and my boyfriend (now fiancé) Scott were at church listening to a homily. In it, the priest told a story of a man who wanted to marry a very self-conscious woman. This man gave his bride-to-be eight cows instead of one, which apparently was standard-issue back when it was fashionable to give away beef as a wedding gift. He offered eight because he wanted to show how high he valued her. The villagers, who have always admired this man, thought he was suckered into giving away eight of his cows for his betrothed. However, the man really knew the key to a woman’s heart. He knew that how she felt about herself has a lot to do with how much she is valued as a person. Afterward, the woman presented herself like never before. Her shoulders were held high with her inner beauty finally showing through for all to see. The night before leaving on our family vacation to Ocean City, Md., Scott secretly pulled out a homemade barn with 10 cows grazing on the homemade peat moss grass with a tractor in the middle. Upon giving this gift to my father, my dad responded with a puzzled look. Then he realized what it meant. Without hesitation, my parents were thrilled but they knew they had to keep quiet because he wasn’t going to propose for another week. The evening of the proposal, we were walking along the boardwalk and went underneath the pier. While on the beach, I was taking photos of boats and water crashing on the pier. I then noticed my sister and brother-in-law following secretly behind. (They had an idea he was going to propose.) I saw them and laughed. Scott wanted to know what was so funny and I told him. We then scoured the beach looking for them. Nothing. So I went back to photographing scenic stuff and I turned around and he was on his knee holding a homemade treasure chest with a ring inside. I’ll admit it, I cried. Truthfully, I don’t remember what he said or what I said, but I’m sure it was a “yes.” After the proposal, with a ring on my finger, I decided to put sand into the treasure chest of where his knee hit the sand as he proposed. Later, after meeting up with my family on the boardwalk, I heard the story of the barn and how Scott asked my parents for my hand in marriage in his own quirky way. It’s not everyday that someone asks you to be his bride, let alone spend hours making a barn out of Popsicle sticks. I wonder, did he eat every one of them before he made the fence? When we went back to our condo, the phone calls began. He called his family and I began to call my friends. However, I was so distracted between all the phone calls to my friends and generally freaking out, that I barely noticed myself on television. I’m not one who likes to be in front of the camera. That’s why I work behind a lens instead. But my brother-in-law and sister hid in the sand between the pier and the boardwalk to videotape the event. Although you can’t hear what Scott and I are saying, their commentary was better. “Oh he’s getting down on his knee!,” my sister squealed gleefully. I’m sure somewhere across the Atlantic Ocean, a couple windows shattered. After watching the embarrassing moment, I wanted to yell at them for spying, but now I have something of the memorable night besides a ring. My brother-in-law finally went on and told me that I’m always pointing cameras in their faces, so he wanted to make sure he returned the favor. Scott later told me he thought about proposing to me two other times, but one of the times it went directly over my head and landed somewhere along the Jersey shore. He made a sand circle, which he sat in and looked like a chair. I then sat in it since the chair rental place wasn’t open yet. Yet in reality it was supposed to look like a ring. Oops. I missed that one. I love Scott, and I think he’s a wonderful photographer as well as having a burgeoning career as a miniature agricultural layout guy. However, he should probably steer clear of sand sculptures. So he had to keep the ring (the real engagement one, not the sand one) in his beach bag for the rest of the day, making sure no one touched it. Love is a weird thing. I’ve always liked reading bridal magazines and dreaming of what my proposal and wedding would be like. Now that it’s real, I don’t know where to begin. I’m just trying to come to terms with the fact that it actually happened. Now with a ring on my finger, which I look at constantly, I think to myself, “Wow, that’s an expensive cow.”

Online ordering not allowed for people with food stamps