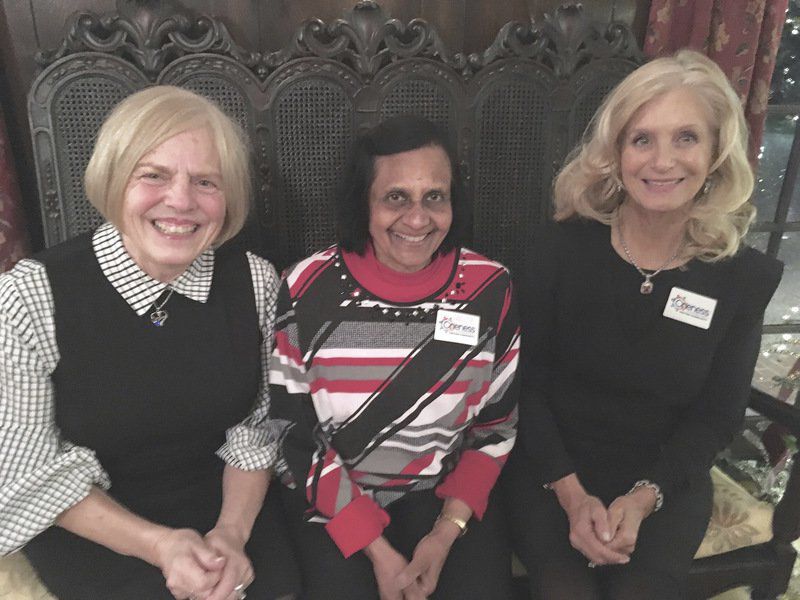 The committee members for the Women’s Unity Dinner are from left, Barb Harper, Lalita Prabhu and Michele Perelman, chairwoman. 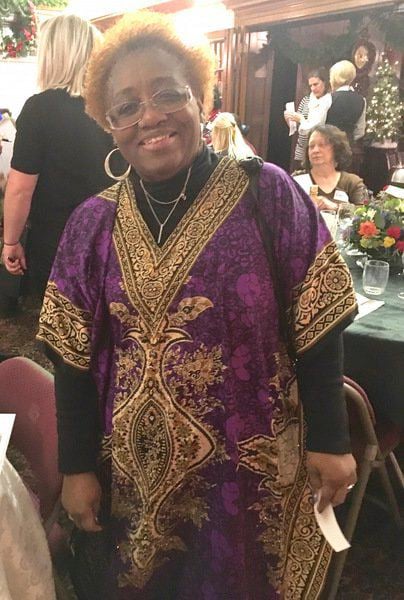 Paulette Booker wears a traditional dress of her heritage to the Women’s Unity Dinner at the Hoyt Institute. 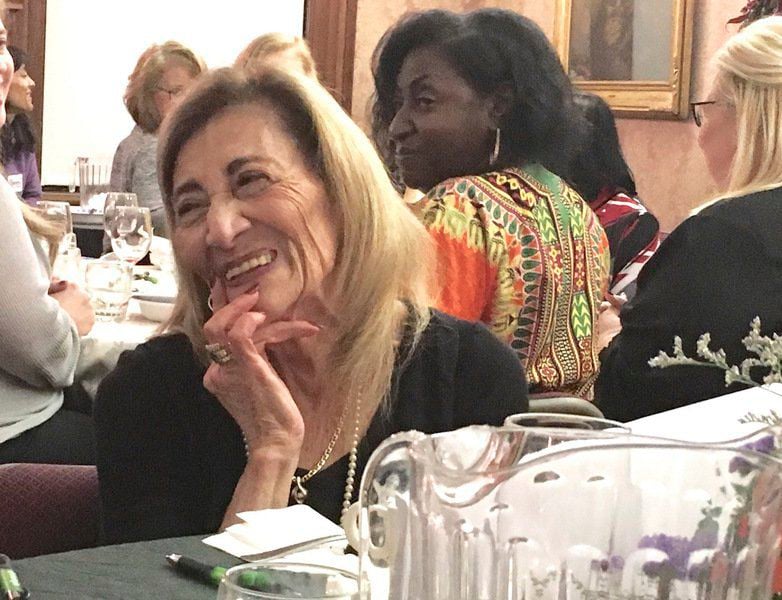 Rosemary George of New Castle is recognized for making the dough and filling for more than 700 nut rolls sold every Christmas for St. John the Baptist Maronite Church on New Castle’s South Side.

The committee members for the Women’s Unity Dinner are from left, Barb Harper, Lalita Prabhu and Michele Perelman, chairwoman.

Paulette Booker wears a traditional dress of her heritage to the Women’s Unity Dinner at the Hoyt Institute.

Rosemary George of New Castle is recognized for making the dough and filling for more than 700 nut rolls sold every Christmas for St. John the Baptist Maronite Church on New Castle’s South Side.

No one left the Oneness Women’s Unity Dinner at the Hoyt Institute Tuesday without learning something new.

Paulette Booker attended, clothed in a long shiny purple dress that she said symbolized the Paul Lawrence Dunbar Club of New Castle’s “Coming to America” event, of which she is a proud participant.

Booker was one of about 50 chosen women invited to the event to share stories and ideas with complete strangers about faith, hope, trust, family, politics, food, lore and more. The intent was to bring together women of diverse religions, background, ethnicity and culture.

Perelman’s mission was a success. Spirits were high, chatter was loud and lighthearted, friendships were forged, common ground was established, heritages were shared and phone numbers exchanged among the attendees.

The committee also included Lalita Prabhu and Barb Harper. Three other women assisted as discussion facilitators at each of the tables. They were Vani James, Tina Banks and Lori Daytner. Kimberly Koller-Jones, director of the Hoyt and member of the Oneness committee, also helped to organize the event.

“We have a lovely, diverse group,” Prabhu told the group. “In New Castle, that’s what we’re about.”

She said the intent was to get meaningful discussions of substance going that were more than just chitchat and small talk.

About half of the invitees were people whom the three women had hand-selected from various backgrounds in the community, and each was asked to invite a guest. Each woman attending was given a color-coded slip that designated where they were to sit, and friends were not supposed to sit with friends. Rather, they were to converse with others with whom they were not previously acquainted.

Each attendee also was to take a covered dish representative of her heritage, for everyone to enjoy at a buffet dinner.

“You are here tonight because you really want to explore, and you want to connect,” Prabhu told the women.

“We’re trying to get different people together from different areas and churches in the county and different backgrounds and traditions,” said Harper, who led discussions at her table.

After dinner, the women were asked to share what important things their group had discussed during dinner. A big topic at Harper’s table was food and the stories of where the foods they brought originated. Rosemary George told how she makes all of the dough and all of the filling for 720 nut rolls for the  annual holiday sale at St. John the Baptist Maronite Church.

“Then when sale day comes, the place is cleared out,” she said.

One table shared discussions about Ark Encounter in Cincinnati, Ohio, where people can tour a life-sized replica of Noah’s Ark. They also discussed a tradition of weddings for people of India, where the bride and others paint fancy henna designs on their hands.

Another group discussed the origin and tradition of the pickle on the Christmas tree.

Sally Dexter of Neshannock Township was recognized as having designed the “Oneness of Lawrence County, Uniting Community” logo.

Centerpieces of flower baskets given as door prizes were donated by Cialella and Carney Florists.

The idea for the dinner grew out of last year’s “Oneness” event at the Scottish Rite Cathedral. A second Oneness luncheon event of its kind is already in the planning for March 29.

The Oneness mission statement is: “To come together as a community to encourage, inspire and recognize unified acts of kindness, acceptance and good will in Lawrence County and beyond.”

“I know we will all agree we have made wonderful new friends tonight,” Perelman said. “We came together, perhaps many as strangers, (and) we leave tonight with a new feeling of togetherness and warmth.

“As women, we understand that the way to bring harmony, love and purpose to our families is by understanding and connecting with our neighbors. We’ve connected tonight in many ways, sharing stories about ourselves, our families, our history and sharing and eating each other’s food, as it is from the kitchen that we first show our love to those we feed.”

Each woman was given a clear glass pebble, symbolizing a small stone that when tossed into a river creates ripples that flow outward.

Perelman said, “I ask you to symbolically throw out this pebble of unity, kindness and love for your neighbors.”

She encouraged the group members to create their own unity dinners within their neighborhoods, clubs or religious centers and have people take their friends.

“It’s how you build relationships,” she said.

“Keep the pebble close to you, touch it often, and know that as women, you have the power to create ripples that can change our community,” she said.