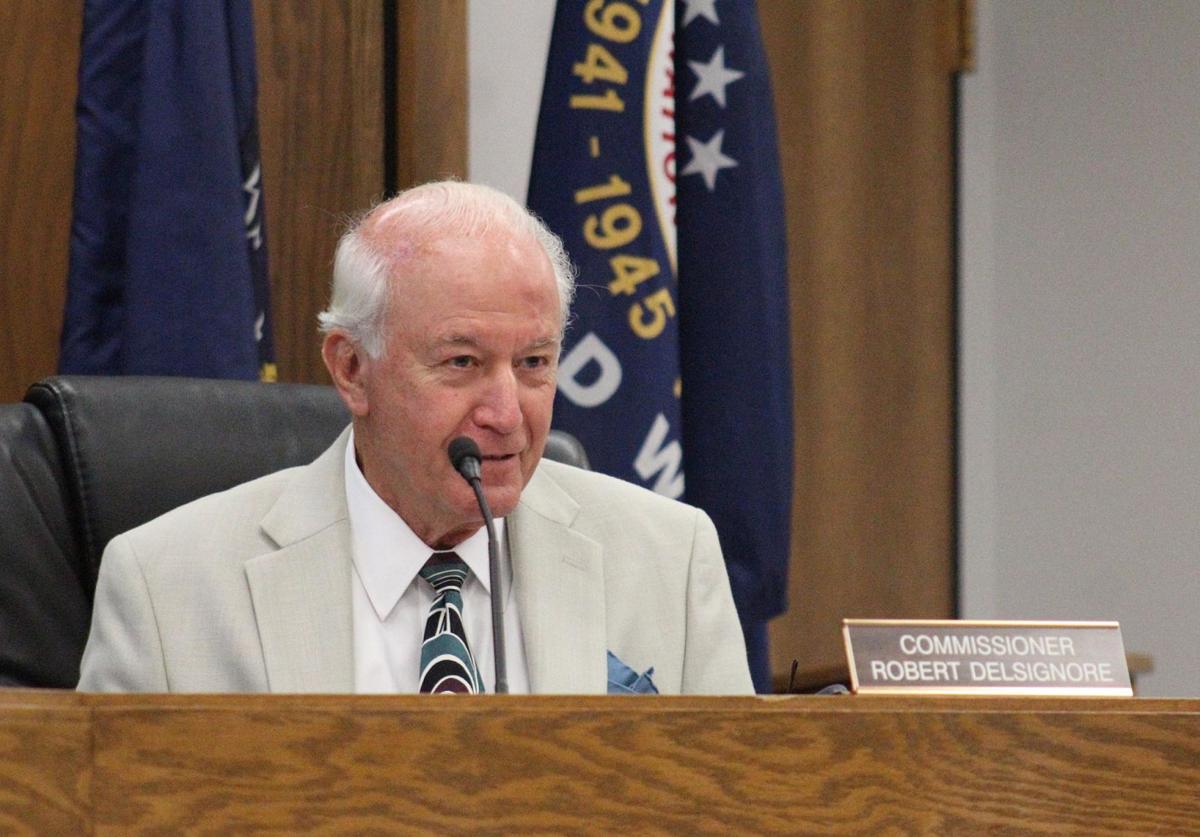 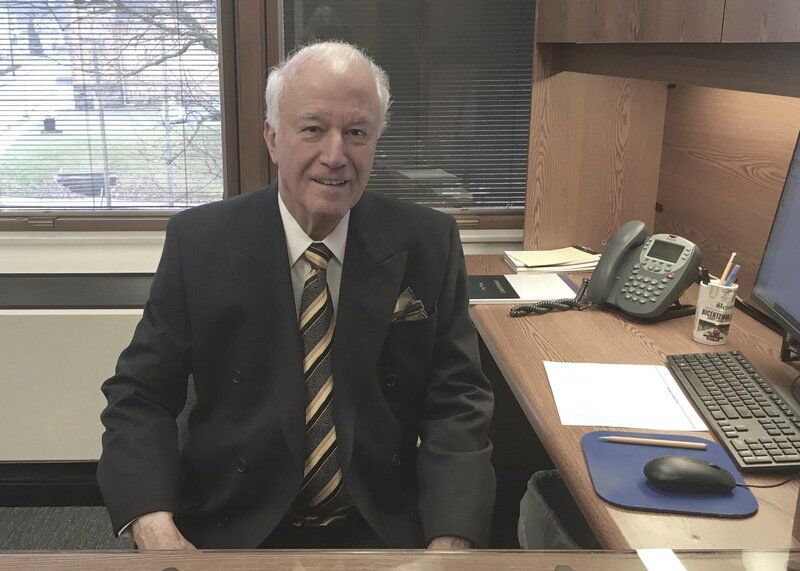 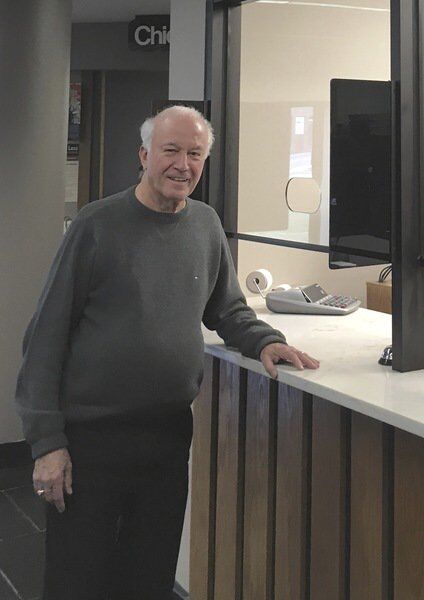 Del Signore, 82, a longtime businessman in the community as owner of Desco Supply Co., a lighting firm, was twice elected as a county commissioner and served eight years alongside commissioner Dan Vogler and former commissioner Steve Craig.

The courthouse flag is at half-staff this week in his memory, Vogler said Wednesday.

"I was very saddened when I learned of his passing," Vogler said. As a commissioner, "I always respected the passion he brought to the position. He was in his mid-70s when he was elected, when most people are enjoying retirement. He rolled up his sleeves and took the job very seriously. He was here working every day."

Whatever Del Signore accomplished as a goal during his tenure required only two votes, but he was never was satisfied unless all three commissioners agreed with his proposals, he had said in an interview in late 2019. He bade an emotional farewell to his coworkers when he left public office last January, and he vowed to continue his mission for economic and community development.

During his tenure with the county, Del Signore fostered a movements to tear down dilapidated houses that banks had foreclosed upon, and to generate funds for future demolitions. He played a significant role in creating the county land bank, with the objective of cleaning up blighted properties.

When she heard of his passing, "I was definitely shocked," she said. "We enjoyed working with him. He always had a smile. He was a pleasure to be around and he made us laugh."

A longtime member of the economic development board of directors, Del Signore facilitated the union of the Lawrence County Regional Chamber of Commerce and the Lawrence County Economic Development Corp. under one umbrella. He had approached the Hoyt Foundation, which agreed to fund $200,000 a year for two years, with the potential for three, toward that end. The commissioners had been annually contributing county funds to the economic development corporation, and they increased the amount from $83,000 to $100,000 as a two-to-one match to the Hoyt money at Del Signore's prompting.

Linda Nitch, Lawrence County Economic Development Corp executive director, said Del Signore was a member of its 20-member board of directors for 17 years, having joined in 2002. He remained on the board after he was elected as commissioner, "continuing to champion economic development for the county."

"He recognized that he needed to reach out and find new members, and he identified other community leaders he felt would be valuable members," she said. Del Signore also "was good at identifying people he knew who had financial resources to invest into LCEDC and into the community itself," she said, adding, "By 2004, he was already elected president."

He led the board for at least five years if not longer, she said.

Nitch had come to know Del Signore personally as "a fun guy."

She shared that he was part owner of a vineyard in Temecula, California, and he had a love of wine and good food.

When the board and Nitch were trying to attract John Miles and Steelite to Neshannock, Del Signore invited Miles and his team into the Neshannock Township home that he shared with Kay, his wife of 51 years. He regaled them in his wine cellar "and was deemed the wonderful host," Nitch said, and he shared bottles of his better quality wine with his visitors.

Del Signore also worked to promote the Pittsburgh Symphony concerts in New Castle, and a small group of musicians would play small concerts to entice people to buy memberships. Nitch recalled him hosting one of those small concerts at his house.

He also would invite people from his church to enjoy his family's in-ground pool. He had been an elder at Epworth United Methodist Church.

Del Signore had served on the board of the Downtown Business Association and later, New Visions for Lawrence County, a nonprofit that betters the city and organizes the annual holiday parade, the downtown ice rink and the facilitator of other events and projects.

"You could always tell that no matter what he was doing, he had the community's interest at heart. He was a good man and a real gentleman," said Lawrence County Common Pleas President Judge Dominick Motto, who served on the New Visions board with Del Signore.

He praised Del Signore as "an excellent, excellent commissioner as well as "fair-minded and even-handed. Anytime I had a request that I felt would benefit the court system, he would listen and make every effort he could to accommodate the court."

He and Del Signore and their spouses had become personal friends before Del Signore became a commissioner.

"He was always a very pleasant person to be around," Motto said. "He's going to be greatly missed."

Craig said he knew Del Signore long before Del Signore ran for commissioner, noting that his main focus was his family, then his community. He and Kay have three children, Robert Jr., Vincent and Viriginia Del Signore, and five grandchildren.

As head of the Economic Development Corporation board, "we had a lot of contact," Craig said. "His heart really was in improving the community. He was a really a good guy. He was one of the most community-minded people I ever encountered."

Del Signore's passing was the day after the community lost Sam Biasucci, a longtime volunteer, also a member of the economic development corporation board, who died Monday.

"I would put him in Sam's league," Craig said of Del Signore. "They both took their community commitment very seriously."

And like Biasucci, Del Signore was a past recipient of the Jack Butz Humanitarian Award.

Craig, active at the YMCA, noted that Del Signore also had been president of the Y board of directors.

"The other thing about Bob was — it was a hard lesson for me to learn — was his capacity for forgiveness," Craig pointed out. "He never, ever held a grudge. He would get mad at you, get over it and move on. It's a very commendable trait. He was an amazing person that way. I learned from him. Bob taught me how to let go of things.

Frank Piccari, county maintenance director, classified him as "a gentleman."

"Every day, he'd come into the courthouse and sit in my office first before he went upstairs," said Piccari, who held social court with the courthouse coffee pot. "He was a nice guy to work with. He treated my department very well."

Piccari shared that one day at home after his recent back surgery, Del Signore stopped at his house to see how he was doing. He visited with him for about half an hour, "and I really appreciated that," Piccari said.

In turn, Piccari, knowing Del Signore was ill, phoned him last week to check on him, and he told him he was doing better. He never expected his former supervisor and friend would take a turn for the worse.

County court administrator Michael Occhibone, formerly a manager at Troggio's restaurant, remembers Del Signore having lavish Christmas parties for his Desco employees, and he always made sure the restaurant workers received sizable tips.

"He was a very generous person, at the courthouse, too," Occhibone said. "He was a true professional businessman."

Vogler met Del Signore when he ran his business downtown and both men were active in the United Way.

"Our friendship goes back to the mid 1980s," Vogler said. "We served on a couple of different boards together.

"I remember how in 2011, he called me while I was at a meeting in Harrisburg and he told me he was going to become a candidate for county commissioner," Vogler said. "I told him I appreciated his thoughtfulness in letting me know."

Very few candidates would call another candidate and advise that they were going to run, Vogler mused. "It proves what a gentleman he was.

"I just respected and admired Bob, and I appreciated all he did for Lawrence County," he said.