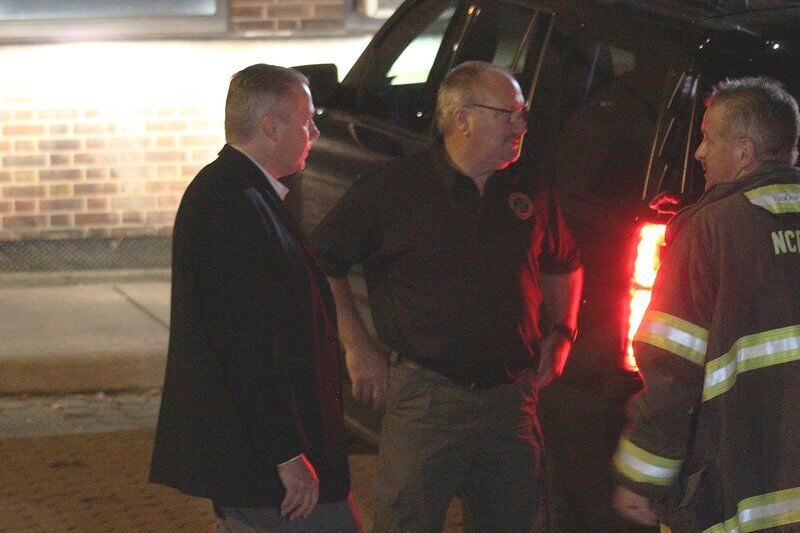 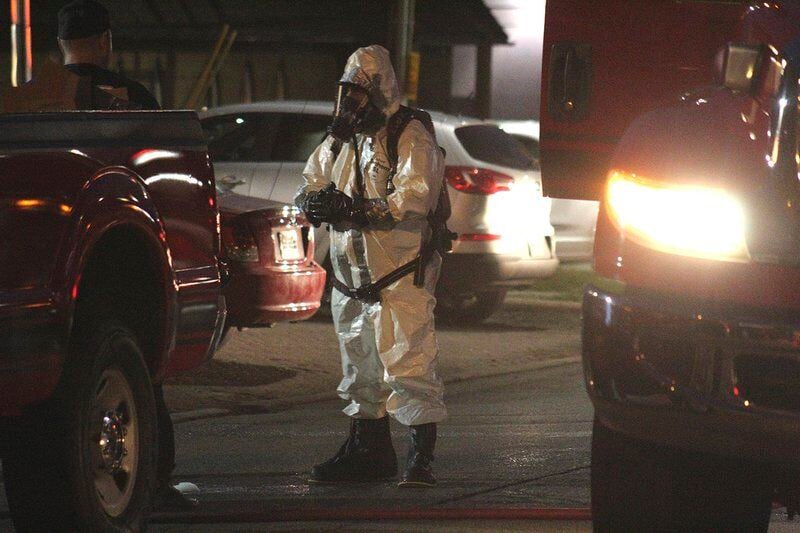 An officer in a hazardous materials suit stands outside of city hall on Tuesday night. 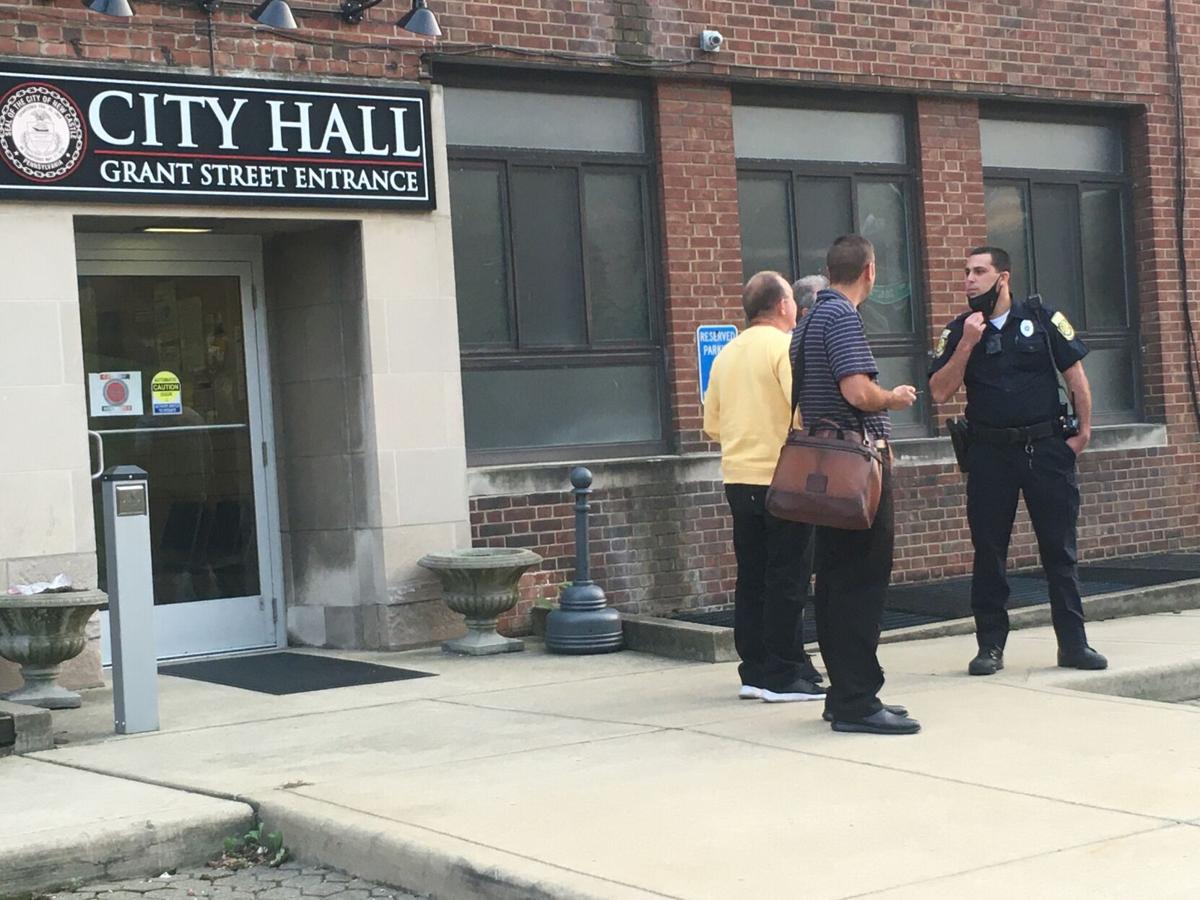 An officer in a hazardous materials suit stands outside of city hall on Tuesday night.

Smith had opened a letter just before council's caucus meeting, when what he described as a "puff" of white powder came out of the envelope. The envelope contained a letter that had a person's name and return address from Sharpsville, but was postmarked in Atlanta. The envelope was addressed to Smith and Councilwoman MaryAnne Gavrile.

"We are definitely treating this as a credible threat until we can prove otherwise," New Castle fire chief Mike Kobbe said Wednesday morning.

New Castle police chief Bobby Salem said he has enlisted the help of the FBI to investigate the actual source of the letter. The powder has been carefully and appropriately packaged and sent to a lab for forensic testing and identification, Salem said.

Another council member reported feeling numbness of the lips, but those symptoms had subsided by Wednesday morning, Kobbe said, adding that anyone who was in the council chambers at the time remains on high alert for 24 hours to make sure no one else has any other symptoms.

Smith went to the hospital on his own after the incident that prompted the evacuation of city hall and pre-empted the caucus meeting.

Prior to a public hearing Tuesday night, Smith opened the mail left at his desk by the city's clerk in council chambers. When Smith opened the letter, a white "puff" came from the letter and he immediately closed it. Gavrile asked for gloves and a plastic bag, while Smith cleaned the desks with disinfecting wipes.

The caucus meeting proceeded while the police were called. Smith, Mayor Chris Frye and solicitor Ted Saad briefly left the meeting to talk in the hallway before Smith took a motion to recess the meeting to Wednesday, citing a police recommendation. The New Castle police and fire departments and Lawrence County Department of Public Safety were summoned around 6:30 p.m., according to Kobbe.

"They notified us, and we told them to evacuate the building, leave everything as it is and don't leave the property," Kobbe said.

The Department of Public Safety has a spectrometer that uses a laser to determine the chemical compound of whatever it passes through, Kobbe explained.

"When we arrived, the city security officer had put the envelope and its contents in a plastic bag and he zipped it shut and took it outside," he said.  "When our techs approached the envelope, there was not enough inside to obtain a large enough sample to determine the composition of it. We passed it off to Chief Salem, who took the package into evidence. As soon as he gets information from the lab, we'll have a better direction," Kobbe said.

The department had decontamination and hazardous materials equipment on site, and Noga Ambulance stood by.

The city hall evacuees all stood in the parking lots around the building.

Several firemen had put on hazardous materials suits, including respiratory and skin protection, to get a sample of the powder and determine its composition.

"Everyone who had been in council chambers during the incident was offered decontamination on site. Most of them went inside and changed into contamination gowns, and we took their clothing and are cleaning it for them because we have the resources to do that," Kobbe said. "They went home in decontamination gowns and were instructed to shower and wash thoroughly and report any symptoms they have and seek medical care."

Kobbe said council chambers and the corridors outside of it are to be professionally cleaned today by a company contracted by the city. There was no contamination on the first floor, and it is open today, Kobbe said, but no one is allowed upstairs in council chambers or in the hallways near it today until it is decontaminated.

He added that the mayor's office and other second floor administrative offices were open today.

"We were there till 9 p.m. last night to make sure everyone was accounted for and no one had symptoms, and we decontaminated all of our own personnel to make sure no one was exposed," Kobbe said.