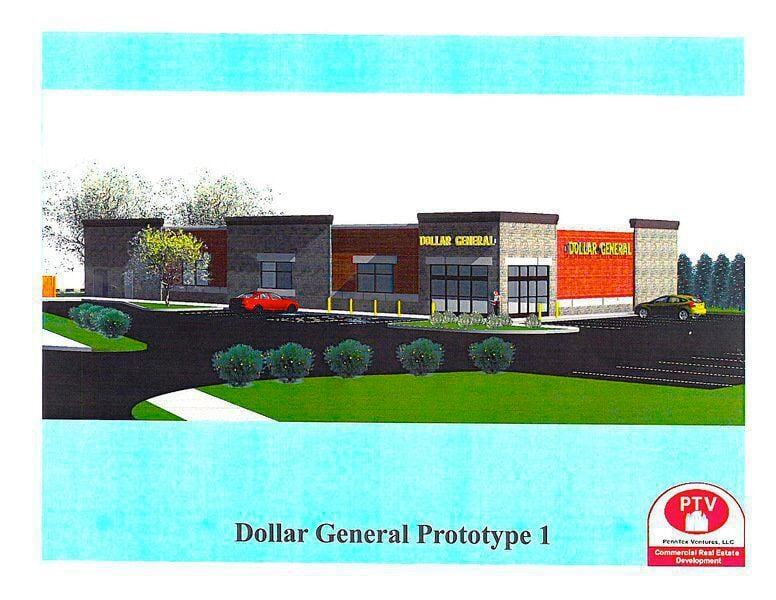 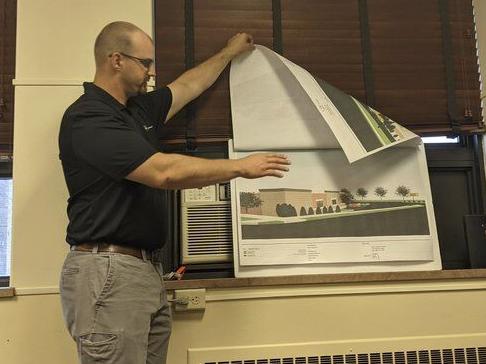 The planning commission members voted at their meeting Tuesday to refer all comments about the site development plan to New Castle's city council and advised council to heed the commission's advice.

Deputy planning director Allen Miller presented the review to the full commission. He noted that the requirements of the "overlay ordinance" that Dollar General's builders requested and city council approved are not met by the development plans as submitted, particularly with regard to parking and buffer zones requirements.

Dollar General is to be the tenant of a 9,100-square-foot store at 1102 Highland Avenue owned by developer PennTex Ventures fronting Highland Avenue in an R-1 Low-density residential area, within the neighborhood improvement overlay district. That overlay allows for a retail business under the requirements of a C-1 district.

One parking spot is required for 200-square feet of floor area, meaning the store must have a minimum of 46 but plans only show 31. The applicant could justify fewer spaces with empirical data, but no data was submitted.

The ordinance also states that screening must be provided with a buffer area of at least six feet high and five feet deep from the property line. The plan as proposed shows specific vegetation — a dwarfed cone-shaped conifer with a height of four feet — would be planted. The landscape plan also does not state the distance that the proposed buffer is from the property line, according to the review.

"This is the ordinance that they (Dollar General) wrote," Miller said. "The ordinance was written by the developer and was approved by city council, with no changes."

A plan for signs was not submitted to the county planning office, and the plan is lacking a certificate of the city engineer, the review notes.

It also notes that garbage/waste disposal bins should not be visible from adjacent streets. However, according to the plan, the proposed trash bin enclosure would be in front of the building on Highland Avenue. Miller said most municipalities require waste receptacles not be in the front of businesses.

The review also specifies that construction cannot begin until city council approves the final plan and the site plan is recorded in the office of the Lawrence County Recorder of Deeds.

City council in a 3-2 decision in 2019 approved the zoning overlay that allowed the commercial business to occupy a space in the residential neighborhood, drawing the ire of residents living in the historic district. Then-Mayor Anthony Mastrangelo, a North Hill resident, vetoed the action, but a court ruled he overstepped his authority.

Representatives from the project appeared last week at the city's planning commission meeting to hear thoughts on final designs. The commission didn't take formal action, but among the ideas favored a monument-style sign on the ground instead of one atop a pole. Dollar General said it would pay an estimated $100,000 per year in taxes.