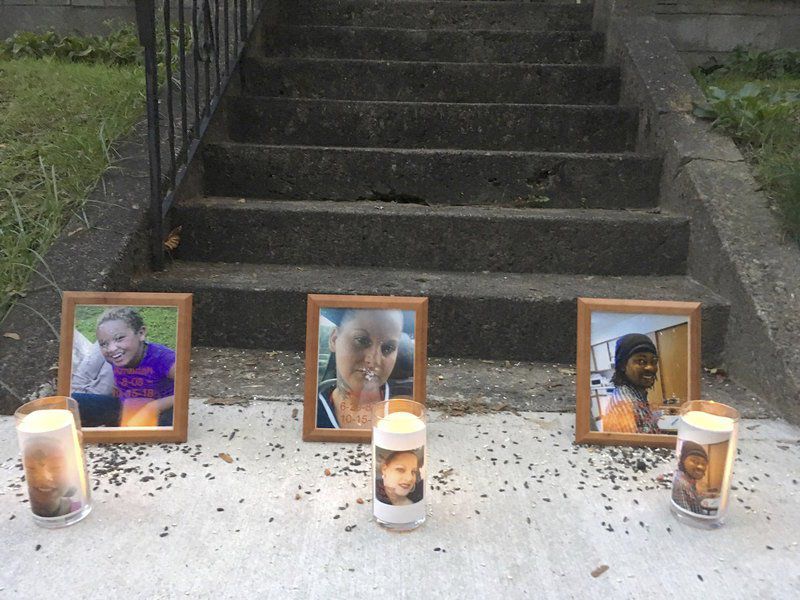 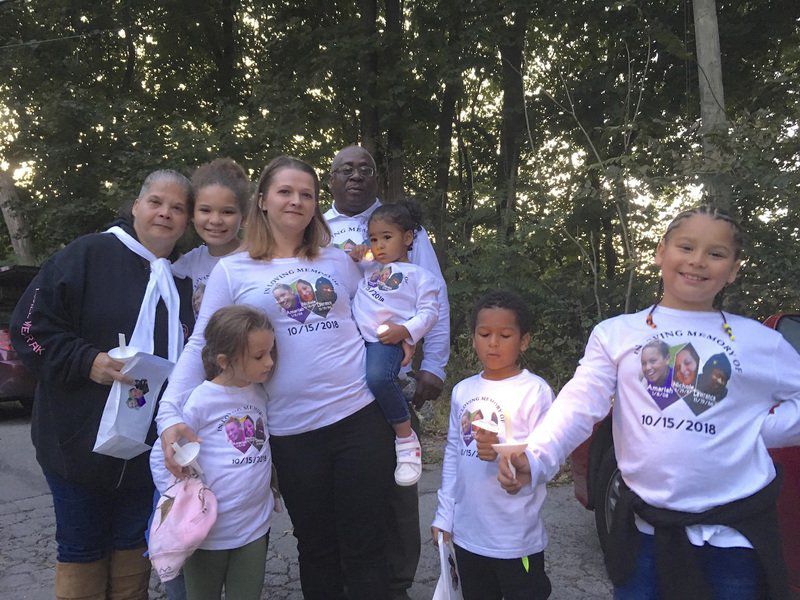 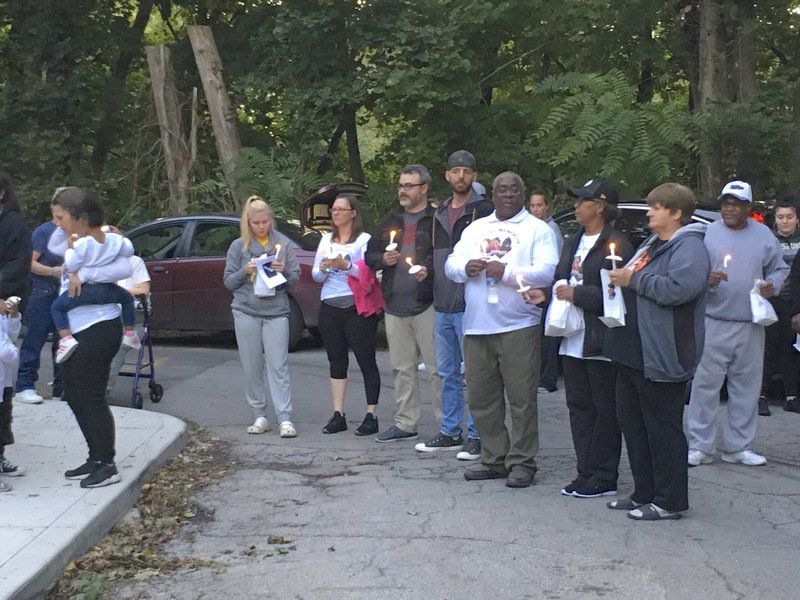 Some 35 adults and about a dozen children attended a candlelight vigil on Sunday night remembering Lawrence  Cannon, 31, Nichole Pumphrey, 31 and her daughter, Amariah Emery, 10,  who were found shot in Nichole’s house at 819 W. North St.  on the morning of Oct. 16, 2018.

Some 35 adults and about a dozen children attended a candlelight vigil on Sunday night remembering Lawrence  Cannon, 31, Nichole Pumphrey, 31 and her daughter, Amariah Emery, 10,  who were found shot in Nichole’s house at 819 W. North St.  on the morning of Oct. 16, 2018.

Remembering loved ones who died too soon from violence, but also letting go of the hurt and anger the event brought on was stressed Sunday at a candlelight vigil for victims of a triple homicide last year at 819 W. North St.

More than 35 people, including a dozen children, many of them preschoolers and toddlers, attended the session, sponsored by Parents of Murdered Children of Mercer County, commemorating the deaths of Lawrence Cannon, 31, Nichole Pumphrey, 31, and her daughter, Amariah Emery, 10.

The three were found shot on the morning of Oct. 16, 2018. Several younger children were in the house at the time of the shootings. Steven Procopio, 19, of Pulaski Township and Anthony Cooper Jr., 20, of Michigan, have been charged in the crime.

Tina McGhee, who led the gathering, said her niece, Lisa McGhee Dixon was murdered  25 years ago.

“We are grieving because of some selfish act,” she said.

“We’re all in some level of this,” she said. “Closure is something we’ll never have. Some say closure comes with a trial and the responsible person being found guilty. I’ll never have closure. To me, closure would have been to see my niece alive and grow old.”

The Rev. Thomas Manning of Allison Park Church said it is important to hold onto the memory of loved ones but to let go of the anger associated with the deaths and be content to know that all are with God in Paradise.

Amariah, a blameless child, he said, is surely with God.

“God is here within all of us,” he told those assembled. “We can’t bring back our loved ones, but we can choose to hold their memory and move on, to make good choices. As long as we remember our loved ones, they are not truly dead.”

Manning led a prayer for the three departed and their families: “Help us to forgive,” he prayed. “Allow the families to release the pain and anger from their hearts.”

As darkness approached, those present lit candles, each stating the name of the person for whom the candle was lit.

McGhee said she lit her candle for her niece, Lisa.

“As long as the candle is burning, she is not forgotten,” she said. “That is why it is so hard to blow the candles out.”

McGhee said the group raises awareness within the community that in Lawrence County there are several homicides that have yet to make it through the court system as well as no support for the victims.

Bruce L. Drotleff Sr., 64, of Slippery Rock Township passed away unexpectedly on Thursday, March 19, 2020, at his home from an apparent heart attack.