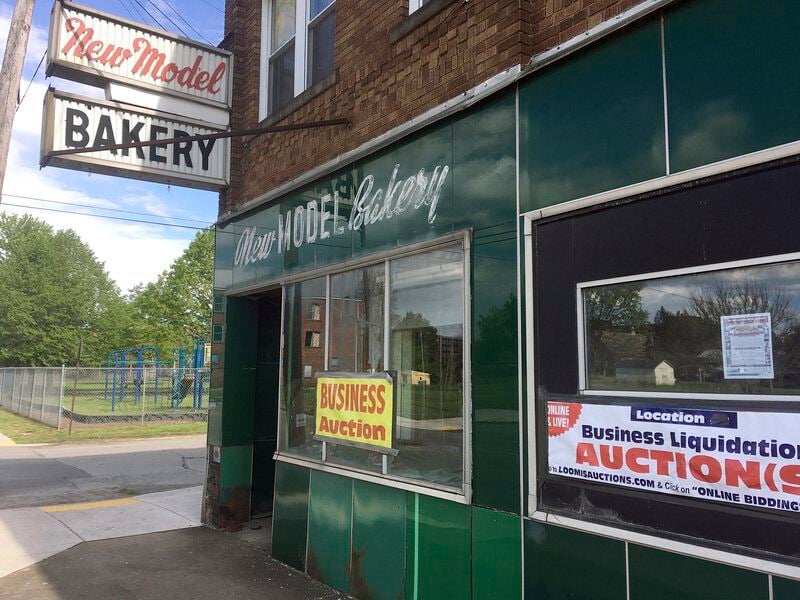 Signs posted to the exterior walls of the former New Model Bakery advertise an online auction through which equipment and other items from the defunct Long Avenue business are being sold. 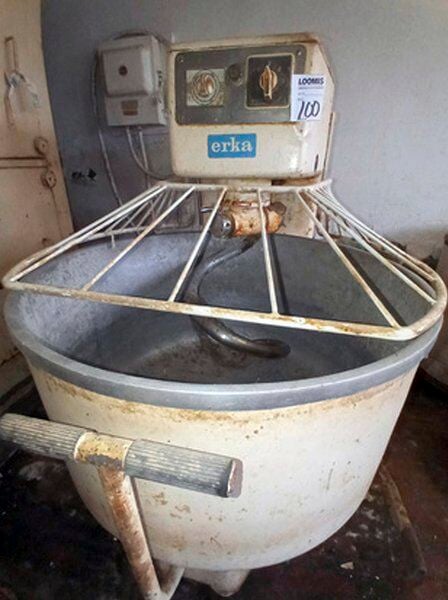 This contraption was used to knead dough at New Model Bakery. 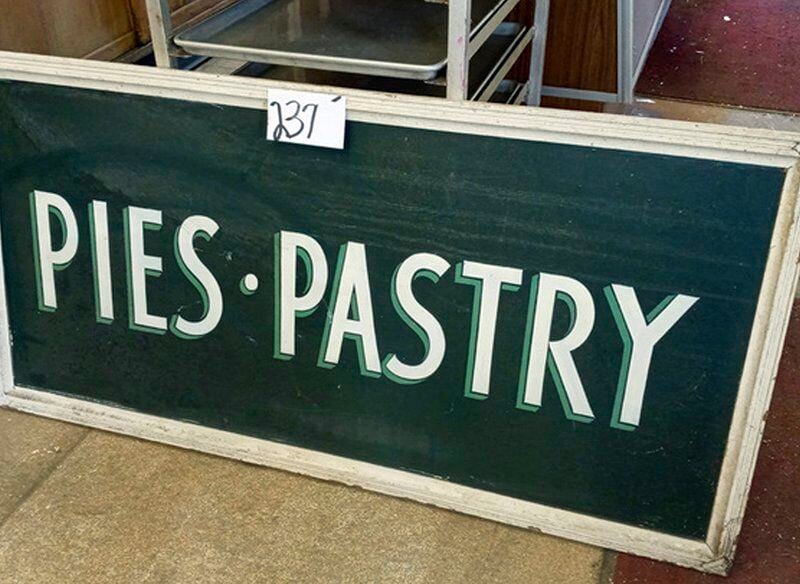 This signs is one of the many items belonging to the former New Model Bakery that are up for auction. 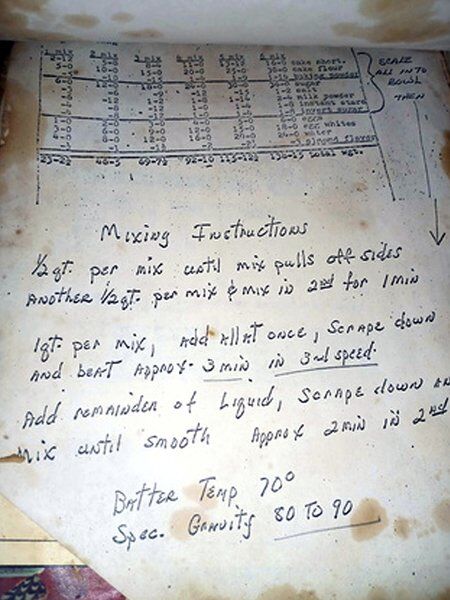 No doubt something good was the end result by following this recipe at New Model Bakery. 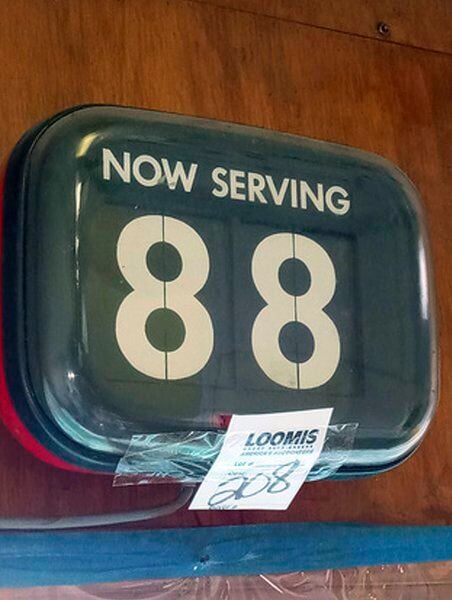 New Model Bakery customers looked to this indicator to see when they would be waited on. 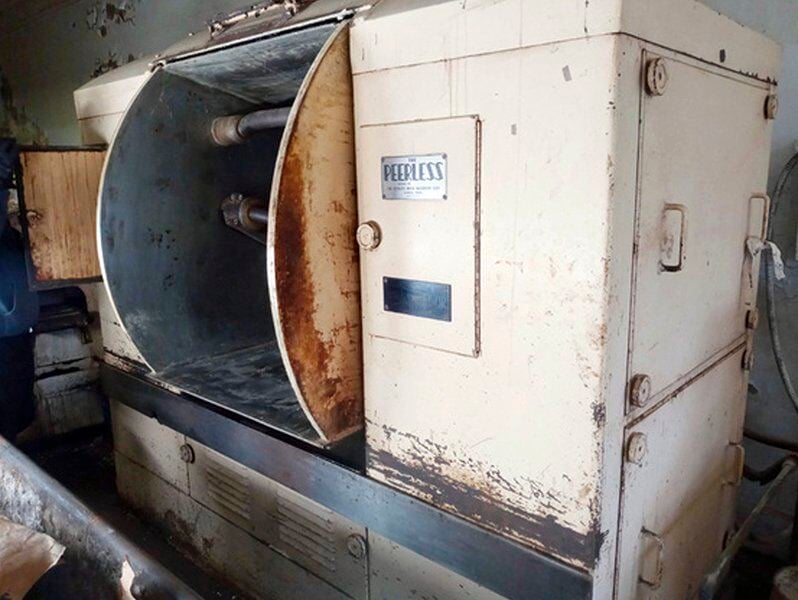 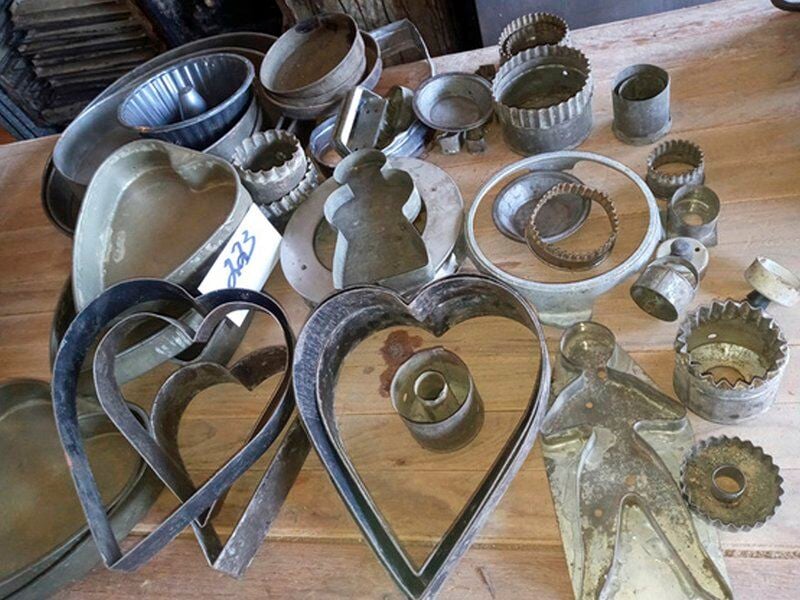 Signs posted to the exterior walls of the former New Model Bakery advertise an online auction through which equipment and other items from the defunct Long Avenue business are being sold.

This contraption was used to knead dough at New Model Bakery.

This signs is one of the many items belonging to the former New Model Bakery that are up for auction.

No doubt something good was the end result by following this recipe at New Model Bakery.

New Model Bakery customers looked to this indicator to see when they would be waited on.

It’s not rye bread or sweet pastries. After all, the family-owned bakery that served New Castle for nearly a century has been closed for around two decades.

However, the equipment, bakeware and other items used by 50-year owners Jeannie and Peter “Ted” Budzowski remained at the business’s 101 W. Long Ave. location, and now, they are being auctioned.

Online bidding already has begun on more than 500 lots, with rolling deadlines occurring on Thursday and Friday. Items up for bids include everything from large baking machinery to labels and even the sign that let customers know who would be waited on next.

“There’s a lot of inventory in there,” said Rod Loomis, owner of Loomis Group Auctioneers, which is overseeing the sale. “It’s amazing, that equipment has all powered up, there are videos of it running. Some of the stuff is quite old — probably from the ‘20s ‘30s — and it’s still functioning. It literally should be in a museum.

“But a lot of it is more modern and they’re still using that equipment today.”

Loomis said he did not know why at least 20 years passed between the bakery’s closing and the auctioning of its inventory. Jeannie Budzowski passed away at age 83 in 2014, but Loomis said that her husband is still living.

Attempts to reach him through a family member were unsuccessful.

Loomis said the building has been sold, and is in good condition, but “a huge amount of equipment” remains inside.

“There are collectible, antique-value things, a lot of bakeware, tinware,” he said. “It’s all top-of-the-line brands. For example, a company called Chicago Metallic — the same bread pan is manufactured and sold today. They’re between $50 and $100 each, and there’s hundreds of them down there.

“And it goes from one extreme to the other. Some guy who actually worked there came in when my guys were there and told them he made the rye bread in these primitive, antique, wood dough boxes on wheels, so they’re very collectible today. There are a lot of his labels, the original labels — I’m sure those are ‘20s, ‘30s. The family started it in 1914; they were delivering originally in horse and wagon.”

“They had such unique things — you don’t find that stuff today,” said Donna Cracraft of New Castle. “The icing on the cupcakes and the cakes were swirled, kind of like a fancy, rippled icing with sprinkles. And everything was homemade, from scratch, and you can’t find that today.”

Cracraft recalled her grandmother bringing New Model cakes home on Sundays, and that “people came from all around to get their rye bread. It was the best.”

“You never just walked in there,” she added. “There was always a line, especially after church hours.”

“If my Mother did not bake that day, she would buy bread and other baked goods from there ... a slice of their Vienna bread with butter and jam was an after school snack. So good and good memories.”

San Diego-area resident Lou Russo grew up in Mt. Jackson, and recalls visiting his grandparents, who lived on Long Avenue, just up the street from the bakery.

“It was tradition that all the ‘kids’ and grandkids would go to my grandfather's place for lunch after church on Sunday,” he said. “We attended mass at St. Anthony's in Bessemer and since our route to grandfather's took us by the New Model, it was our ‘assignment’ to stop and get the baked goods for dessert.

“It was always a joy for me to accompany my mother or father to ‘select’ what we would buy. There was always a great selection, including ethnic choices.”

Joseph Trocci of Ellwood City said his mother worked at the A&M Supermarket, which was located across the street from New Model.

“She would go in the bakery and buy the best bread, chocolate cupcakes, apple squares and great donuts,” he said.

Linda George remembers that it could be a tight fit when walking into the New Model Bakery.

“There wasn't a lot of room in the building,” she said. “When you walked through the front or side door, you had an area about 8-foot-wide area to stroll in front of the showcases and pick out your favorites. The showcases, filled with colorful goodies, were set up in a long glass row, and there was a walkway behind the showcases for the workers to gather your goods.”

Sundays and holidays, she said, could be particularly busy.

“The bakery always had a line of courteous patrons just waiting to get their mitts on one of those freshly baked donuts, breads, or cakes,” George said. “Cars parked on the side of the building and just lined up waiting for the place to open. Many hearts were broken when they closed their doors.”

Folks such as these aren’t alone.

In the 24 hours after The News placed a request for memories of the bakery on its Facebook page, it had received over 300 responses.

Among them, Nancy Freed of New Castle posted “My stepfather went there for a loaf of Rye bread every week. My favorite was the lady locks. Never in my life tasted any better.”

Bonnie Canzano worked at New Model from 1985-90. “I remember the busy Sunday mornings after church, so many people had to wait outside,” she posted. “So many SWEET memories. The best Irish Soda Bread ever. I can’t find any that compares.”

“I’m not sure how New Castle has been able to smile since they shut down,” Jami Moffatt wrote. “This is a crying shame. All I ever wanted in life was their white cake recipe.”