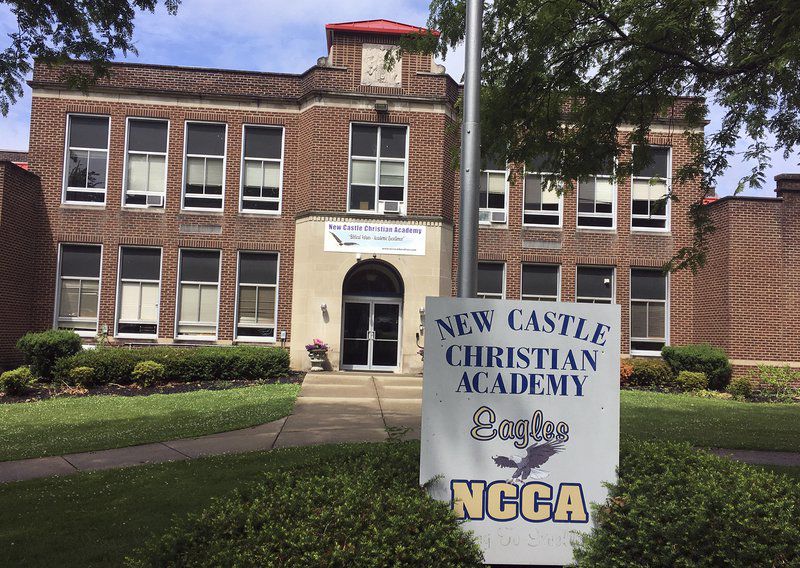 New Castle Christian Academy students will be eating lunch in their classrooms, rather than the cafeteria, this fall. 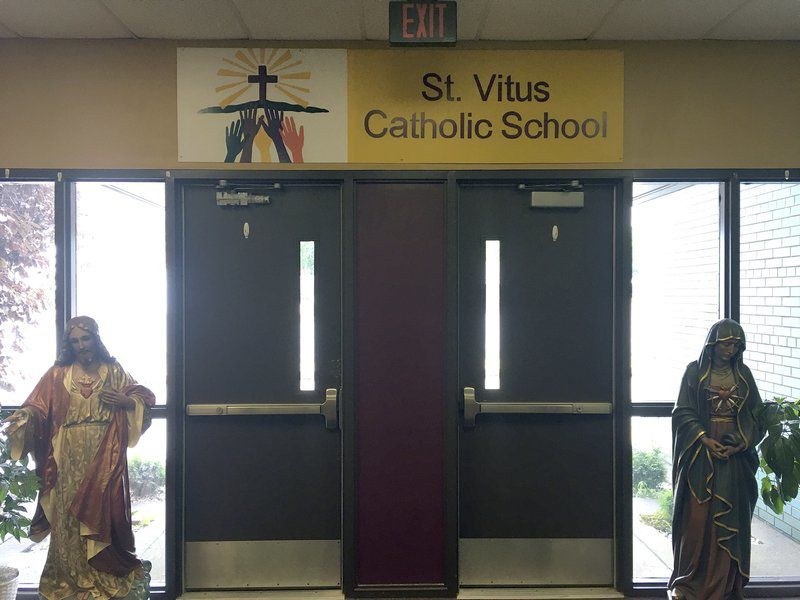 Each student’s temperature will be taken as he or she enters the doors of Holy Spirit Academy this fall.

New Castle Christian Academy students will be eating lunch in their classrooms, rather than the cafeteria, this fall.

Each student’s temperature will be taken as he or she enters the doors of Holy Spirit Academy this fall.

Students returning to classrooms this fall still will be engaged in distance learning.

It’s just that the distance will be measured in feet — six, to be precise — rather than miles.

A strategy for social distancing is expected to be a key part of the plan that Pennsylvania schools are required to create in order to ensure the safety of pupils they plan to welcome back this fall.

As private schools, the New Castle Christian Academy and Holy Spirit Academy are not bound by the state Department of Education’s mandate, but NCCA principal Gary Hoetzler and Holy Spirit principal Ed Sharbaugh each plan to stick closely to its guidelines. Already, they have assembled teams of teachers, parents and health professionals to chart a course for in-person instruction during the COVID-19 era.

Both men expounded on some of the specifics being examined at their schools.

Parents, Hoetzler said, seem to be divided on the subject of NCCA students being required to wear masks. Some have told him they will cyberschool their child if the academy requires masks; others are asking that masks be worn.

“But how do you get a younger kid to wear a mask?” Hoetzler queried. “I don’t see how we can do that. So maybe our older kids wear masks, or it could be that the more vulnerable kids and teachers are in masks or shields.

“Do I see everybody? Not at this point.”

Hoetzler added that everyone entering the school will have his or her temperature taken, and he expects hand sanitizer stations will be available outside each classroom.

At Holy Spirit, “we envision students entering the building at the front entrance wearing a mask and being checked for fever,” Sharbaugh said. “If they have a fever of 100.4 or higher, they will be escorted to the quarantine room until they are picked up.

“Every teacher will have a thermometer and every student will be checked twice a day.”

At Holy Spirit, Sharbaugh said, the working plan is to keep students “in small cohorts,” limiting their exposure to their classmates.

“Students will enter one at a time and go directly to their rooms, and all rooms will be self-contained,” he said. “If the benefit of changing teachers outweighs the risk, the students will remain in the room and the teachers will go to them.

“With no more than 14 students in a class, we are able to line desks up in rows, facing the same direction and remain six feet apart.”

Hoetzler said that the spreading out of students within existing classroom space also will be possible at the NCCA — at least from third grade on up. He notes that eighth grade will have “two or three kids” this fall, and seventh grade will have “six or seven.”

“But you get down into pre-K, we’ve got 42 four-year-olds,” he said. “We have two classes. What’s that look like? Maybe we have to add a third class and hire another teacher. Maybe we have to go to half-day instruction.

“Same thing with the threes; we’ve got about 45 in the threes. But it’s a morning and afternoon; two teachers. So that’s about 11 each. We can do that because they are in our biggest classrooms.”

Kindergarten students number 15 in “a tight little room,” while first and second grades each have around 18 students.

“Do we look to see if we have a larger room? I suppose we could combine with online learning, where maybe they’re here in the morning and go home to do online in the afternoon. Then we have an afternoon group come in, but then we have to sanitize the desks in between.”

At least one teacher has asked for a plexiglass divider on her desk, Hoetzler said, and the school plans to provide it.

Hoetzler said that many students bring their own lunches to school, but that the academy also offers a hot lunch. He sees that continuing.

“But,” he added, “I see it being brought to kids on a cart. We’d have workers in masks and gloves preparing a meal. And it’s one thing, it’s not a la carte. Today it’s chicken patties, tomorrow is spaghetti. It’s not ‘I want this, I want that.’

“So I don’t see any reason to stop doing the hot lunches. It would be different if we had to eat in the cafeteria and had to clean between each lunch. That would be hard.”

Sharbaugh foresees Holy Spirit students continuing to eat in the cafeteria, but in three shifts of 28 to 36 students each.

“We could have hot lunches taken to the rooms if we have to, but I think we can safely feed the whole school in three shifts, satisfying social distance and sanitation guidelines,” he said. “Lunches will probably be served at the table so students don’t need to stand in lines, and the children will have to remain in their seats.

“We considered eating in the rooms, but I think the students need to get out, and that would require bringing more people into the building to supervise each classroom.”

Both schools are ironing out plans for the sanitizing of classrooms, restrooms, water fountains and other common spaces.

“One of the procedures we’ve discussed is documenting when a space was last cleaned,” Sharbaugh said. “For example, we’ll put a sheet at the restroom door and each classroom door that documents who cleaned it, with the date and time.”

Carpets, stuffed animals and blankets all have been removed from Holy Spirit classrooms, Sharbaugh said, adding that students may use yoga mats that can easily be disinfected afterward. Each student also will have his or her own computer.

There will be no sharing of materials at NCCA, either — with the possible exception of library books.

“Our librarian has been working on a plan to sanitize the books,” Hoetzler said. “We can have them hand in books this day, and I can sanitize them, and we could have them available two or three days later.

“She’s thinking ‘library on a cart;’ bringing books to the classroom, according to the theme of each class.”

Other special activities — such as music, art, Spanish, gym and computer — could change from being offered each week to taking place one per grading period.

“Right now, that’s six extra teachers going into classrooms with every kid every week,” Hoetzler said. “So maybe instead of music on Thursdays, now music is four days a week for a marking period. Come the next marking period, maybe you get art.”

By Pennsylvania law, public school districts that bus their own students are required to transport students to charter and private schools that are up to 10 miles outside of a district’s borders.

Although parents provide much of the students’ transportation to and from the two academies, the schools do have children who arrive and leave via buses provided by public schools. Social distancing on these vehicles is a concern, but Hoetzler noted that any steps taken to accommodate that need must come from the public school superintendents.

“We’ve got one New Castle bus, it’s a small bus, and it’s kind of a like a clown car,” Hoetzler said. “The kids just keep getting off. There’s like 20 kids on this small bus. How’s that going to work next year?

“We can’t have the clown-car bus, we know that. It could be that the public schools are going to have to invest in transportation. So they might have to provide two buses for our kids. But that’s their call.”

“I’m thinking, we’re just going to have to work around the bus issue,” he said. “The public schools are going to have their hands full just figuring out how to get their own students there.”