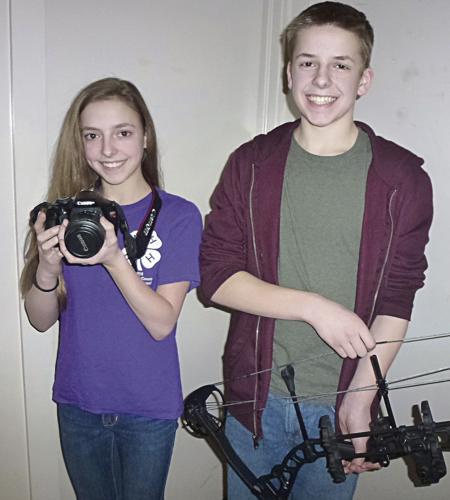 Twins Lily and Jack Santora, 13, of Ellwood City, have their own diverse interests they have developed through 4-H. 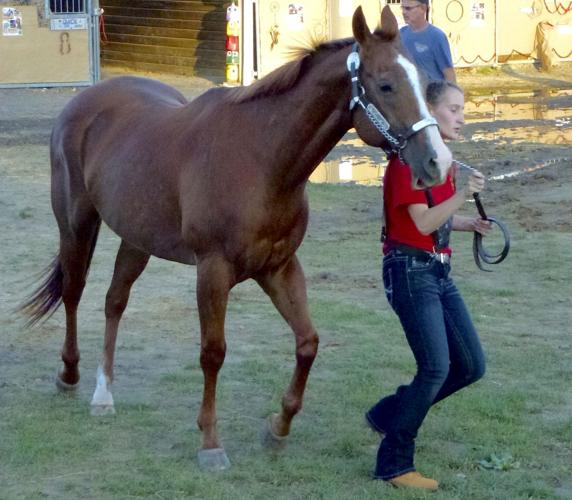 Twins Lily and Jack Santora, 13, of Ellwood City, have their own diverse interests they have developed through 4-H.

The Penn State Extension's local office and 4-H are in jeopardy.

The extension office has provided living services to Lawrence County for many decades.

That agency and all of its programs — 4-H, Master Gardeners, child care training, home answers, bugs and tree sample testing, soil test kits and professional and environmental seminars — all face the possibility of extinction without continued funding in the state budget.

Without 4-H, there will be few kids and virtually no animals at the Lawrence County Fair.

Without 4-H, more than 350 children in Lawrence County who are developing interests and leadership and public speaking skills will be without hobbies, camp, friendships and activities, because the 27 existing 4-H clubs would go away.

Filled with nearly 60 local 4-H youths, parents and leaders, a bus will leave New Castle at 7 a.m. Wednesday for Harrisburg, where thousands of 4-H members from 67 counties will rally on the steps of the state's Capitol in support of restoring funding for Penn State Extension and ultimately, 4-H programs.

Pennsylvania Department of Agriculture budget hearings will be going on that day from 1:30 to 3:30 p.m., and Lawrence County's attendees are going to try to attend some of the proceedings, one 4-H leader said.

State budget cuts and the lack of a budget resolution last year has them fearing that, should line item funding for Penn State Extension not be replenished, their programs could face extinction.

Wednesday's rally on the Capital steps is strategically planned for the same date that budget hearings for agriculture will take place, 4-H Mom Rhonda Santora of Ellwood City explained.

She pointed out that this year at the state farm show, a local girl who won a blue ribbon was supposed to receive a cash prize, but none of the children got the cash prizes because of the budget veto.

The Penn State college of Agricultural Sciences has published a fact sheet regarding the funding status of Penn State Extension, and it provides a petition to restore funding. Anyone concerned is asked to sign the online petition by clicking here.

According to a fact sheet provided by the college, Penn State Extension and the university's agricultural research programs are funded through the state's general fund budget through the Land Scrip fund in the state Department of Agriculture, which represents the state's commitment to the 150-year-old land grant partnership between Penn State and federal, state and county governments. The programs are not funded through tuition money.

The Land Scrip Fund was part of the governor's line item veto and is currently zeroed out, meaning there is no money to continue with extension and all of its programs including 4-H. If zero funding stands, the veto will have an adverse, cascading effect on agriculture in the state, including the closing of all 67 county extension offices, the fact sheet states.

In Lawrence County, that will mean a loss of five full-time and one part-time jobs, but will also mean the end of the 4-H program, Master Gardeners and other vital educational services that the agency provides locally.

Santora's 13-year-old twins, Jack and Lily, both are members of 4-H and plan to be on the bus to Harrisburg.

Lily's mother bought her a horse for Christmas a few years back, and Lily wanted to do more with it than just ride trails. Four years ago, she joined the Wayne Buckaroos, a 4-H horse club in the Ellwood City. Eventually she became involved in the Mane Attractions club, where she learned a lot more about her horse's anatomy and health. Now she is in Lawrence County Teen Council and a member of the Digital Shooters camera club.

"I have learned so much in 4-H and I've acquired leadership skills that are going to help me when I grow up. I'm still trying to open my wings to that," Lily said.

Her brother, Jack, is in his 3rd year in 4-H. While his sister was showing horses, "I was just the kid climbing on the bleachers, looking for something to do."

He got his first horse, then another one, and joined Mane Attractions, "and I had a blast. It was very fun and educational." After the showing season ended, he joined the archery club and went on to 4-H Teen Council of which he is currently treasurer.

What does he get out of it?

Rachel Telesz, 23, of Volant, a recent 4-H alumni, was involved in the club from 8 to 18 when she aged out. But that wasn't enough 4-H for her. She moved into a leadership position, working with the teen council and the Northwest Pennsylvania 4-H and does workshops and chaperones on trips and went on as adult staff at camp and camp counselor training. The camp is in Emlenton for junior and intermediate, for kids 8 through 15. She was in Neat Kids Goat Club, Porky Pig and Baby Beef Club and Lawrence County Teen Council.

Telesz said 4-H inspired her so much that, because she had visited Penn State numerous times, she opted to attend Penn State for Agriculture Extension education with the hope of becoming an extension agent.

Through 4-H, "I gained a lot of skills," she said. "I was really shy in high school but I took a lot more of a leadership role, learned about public speaking organization, time management, made a lot of close friendships and I learned to work with peers and coordinate with leaders," she said.

She plans to go to Harrisburg Wednesday on the Clarion County bus and hopes to sit in on the budget hearings.

"My hope is that the line item veto is just, in fact, a scare tactic and for us as a 4-H community and extension education that we use this opportunity to help spread the word about agriculture and 4-H," she said.

"I'm the daughter and mother of 4-H'ers, a former 4-H'er and a current 4-H volunteer. The 4-H program, a program that has over a 100-year history in our state, but more personally, it has over a 50-year history in my own family, is unbelievably important to me," she wrote in an email. "The 4-H pumps out law-abiding, respectful people… people who grow up understanding hard work and the value of community service.

"I could show you statistic after statistic of the low crime numbers of those involved in the 4-H program," she said, adding, " I could go on and on and on about finding solace as a child at my 4-H meetings when I was bullied relentlessly in school. I could tell you personal story after personal story of the teenagers I’ve personally witnessed turn their lives around due to 4-H influences."

Debbie Laskey, a 4-H leader of Mane Attractions, was recently recognized for her 20 years of service to 4-H. Her club has 21 members.

"The concern is that they will disband the whole program and that there will be no 4-H," she said. "My three girls all went through the 4-H program and graduated out. My two oldest are in the animal field, one is a veterinarian and one a vet tech.

"I am not a farmer person, but they got all their interest in horses and animals through the 4-H horse program," Laskey said. Two other leaders in the club — Jerri Wilson and Carol Steffler — each have 40 years in the club.

"I fell in love with the program and the kids," Laskey said, adding that they teach leadership skills, responsibility, and the four H's — head heart, hands and health.