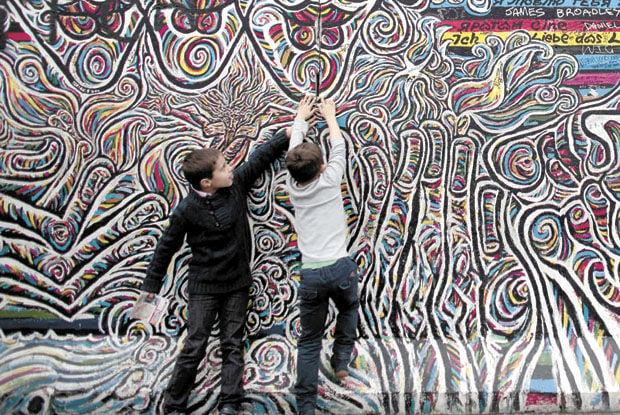 Children play in front of the painted East Side Gallery, the largest part of original remains of the Berlin Wall in Berlin. Only a few sections of the wall still exist. 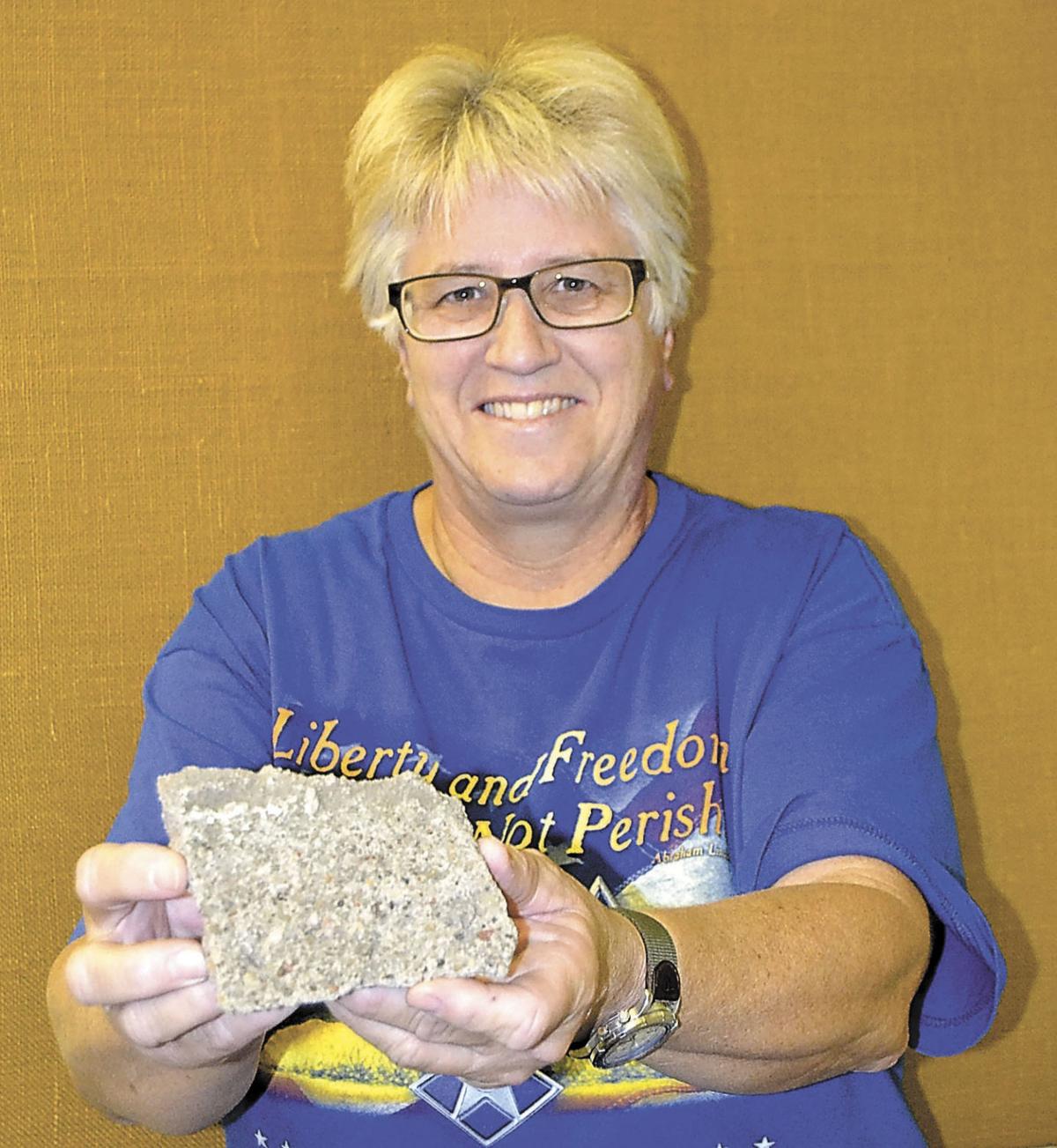 Evelyn Genkinger shows the chunk of the Berlin Wall that she took three years before it came down.

Children play in front of the painted East Side Gallery, the largest part of original remains of the Berlin Wall in Berlin. Only a few sections of the wall still exist.

Evelyn Genkinger shows the chunk of the Berlin Wall that she took three years before it came down.

This week’s celebration of the fall of the Berlin Wall brought back memories for a local woman.

Evelyn Genkinger, 59, of Neshannock Township, recalled a trip to Germany in 1986, when people could be shot for trying to get over the wall.

She was doing a four-year stint in the Air Force at the time and had met her parents, the late Albert and Jean Genkinger, for a trip to Germany where they traced their ancestral roots.

She recalled taking a military troop train through East Germany to Berlin.

Once in Berlin, she had to see the wall. It had fascinated her since she was young and an aunt who had visited Germany brought her a book called “It Happened at the Wall.”

That book was full of pictures and descriptions of the many people who had died or been jailed for trying to scale the wall.

Genkinger said it had sparked a lifelong interest and passion for “people unjustly losing their freedom.”

A self-described “rockhound,” Genkinger went to the wall on the West Berlin side and was tempted to reach for the rock hammer in her backpack.

But she thought better of it because taking pieces of the wall was not allowed.

No one knew that in three short years, the entire wall would come down.

“I thought I’d sure like a piece of the wall,” she recalled.

She noticed a crumbling part toward the bottom and “with my fingers I pulled out several pieces, some of them cracked at the bottom. I worked my fingers until I could peel it off.”

Her efforts were rewarded with several chunks of the wall.

Over the years, she has given all but one away to friends as mementos.

When the wall finally came down in 1989, many people took pieces of it, but Genkinger said that today, it is illegal to take pieces of the small portion that has been left standing.

She said that three weeks before the wall came down, she happened to be in Scotland. Had she known what was about to occur, Genkinger said, she would have traveled to Berlin to see the historic event.

But for now, she is happy to have this precious memento, kept with her rock collection in a category of special pieces, not notable for their geological background, but for the stories behind them.

She still has her old book about the Berlin Wall and it has led to a lifelong interest in oppressive regimes.

She said that she has traveled to several German concentration camps from World War II, as well as to Cambodia, where she saw remnants from the bloody Pol Pot regime.

“I say to myself, how would I have responded? Would I have tried to escape? Could I have endured the suffering?”