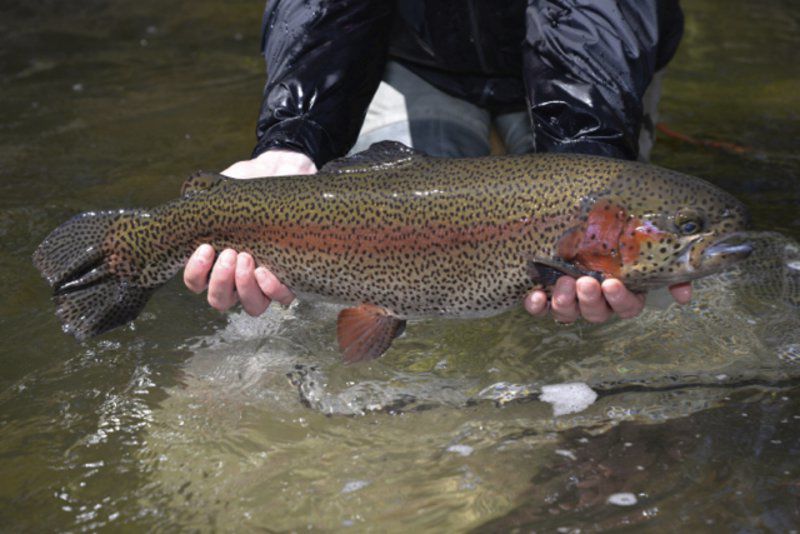 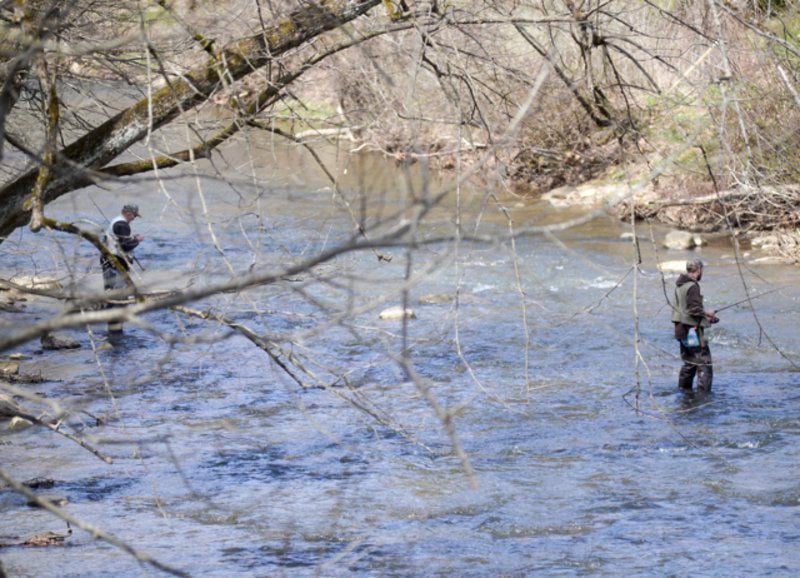 Before Pennsylvania’s anglers hit streams and lakes this spring, the state will make sure there will be plenty of trout — about 3.2 million.

Before Pennsylvania’s anglers hit streams and lakes this spring, the state will make sure there will be plenty of trout — about 3.2 million.

It’s not too early to start to think about trout season.

In fact, the Pennsylvania Fish and Boat Commission already is in trout mode.

“Winter may be with us for a little while longer, but this is a great reminder that spring is right around the corner,” said Tim Schaeffer, PFBC executive director. “Now is the time to take a good look at the trout stocking schedules, get your gear ready, buy your fishing license, and start planning your opening day fishing adventure.”

The PFBC will continue to stock approximately 3.2 million adult trout in 707 streams and 130 lakes open to public angling. These figures, which are consistent with the number of trout stocked over the past decade, include approximately 2.2 million rainbow trout; 660,000 brown trout; and 360,000 brook trout. As with past practice, the average size of the trout produced for stocking is 11 inches in length.

This year, anglers will have a better chance than ever before to catch large, trophy-sized trout. The PFBC will stock approximately 60,000 brood fish, which are 2½-year-old and 3½-year-old hatchery-raised rainbow, brown and brook trout measuring 14 inches to 20 inches. The allocation of these large trout will be more than double the allocation in 2019. Roughly 70 percent of these large fish will be stocked into streams and lakes during the preseason prior to opening days of trout season, and 30 percent will be stocked during in-season replenishment stockings.

“The addition of more trophy-sized trout is something every angler can get excited for,” said Brian Wisner, Director of the PFBC Bureau of Hatcheries. “We’ve been able to produce more of these beautiful, large trout at our hatcheries thanks to our talented staff, equipment upgrades, innovations and increased efficiencies in the process. Because we’ll be stocking these fish in many places ahead of the mentored youth days and regular opening days, and then adding more in the weeks after the season opens, everybody has a great chance to catch one of these special trout.”

In addition to trout raised at state fish hatcheries, PFBC cooperative nurseries operated by sportsmen’s clubs across the state will add another 1 million trout to waters open to public angling.

“What makes the Keystone Select streams and other special regulation waters unique is that you don’t have to wait until the regular opening day to start fishing,” said Eric Hussar, PFBC board president. “These are catch-and-release areas that are open year-round, so it’s not unusual for many volunteers to spend the morning stocking with us in March before spending the afternoon throwing some lures or fly fishing. It’s a great opportunity.”

“If trout fever is already starting to set in and you’re looking to get outside, we welcome everyone to join us for a stocking event and help put the fish in the water,” Schaeffer said. “Not only is it a fun, educational, and rewarding experience, but it’s also a very big job to pull off every season. We couldn’t do it without our volunteers.”