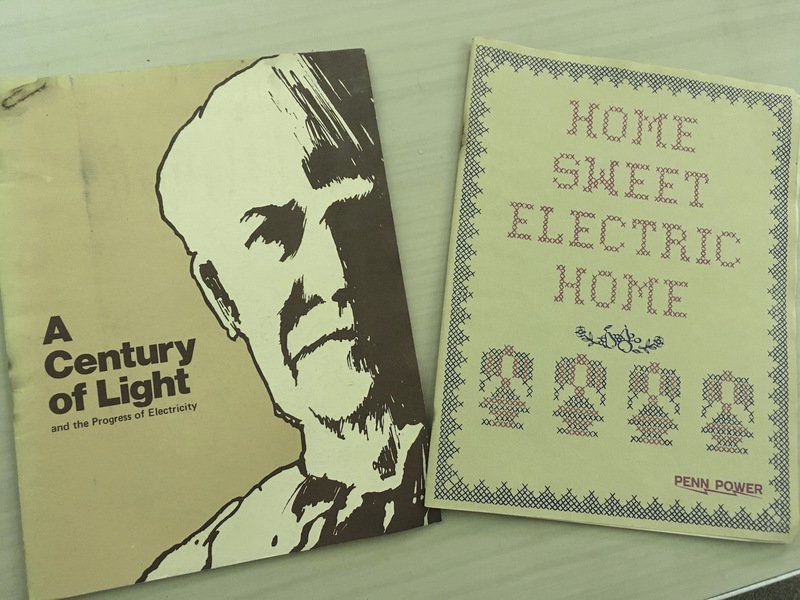 These Penn Power booklets, filled with old-fashioned recipes, were the guides to Penn Power cooking demonstrations in the 1960s and 1970s. 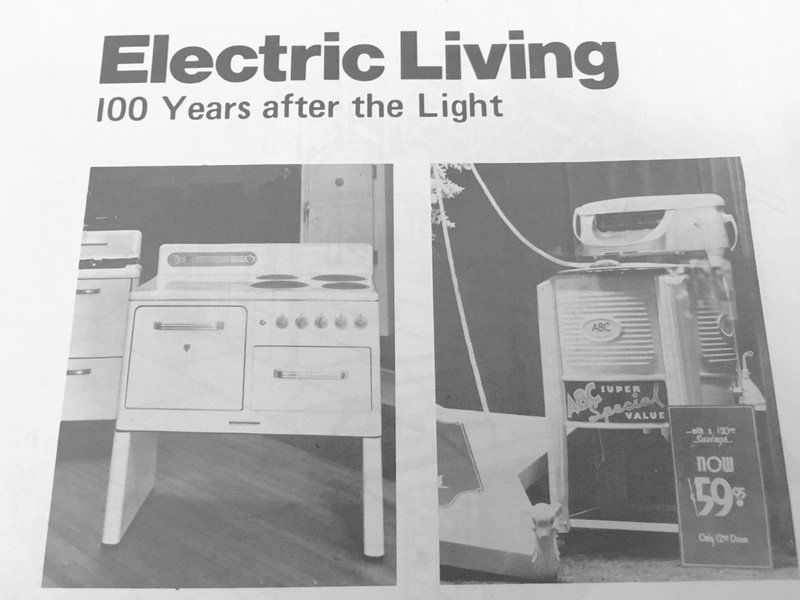 Electric stoves during the 1950s, from the Penn Power cooking demonstration cookbooks. 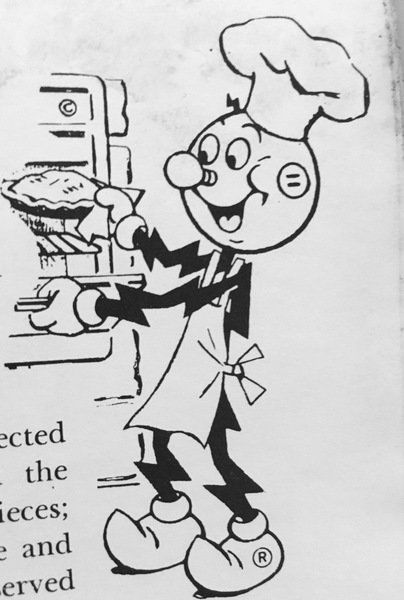 Reddy Kilowatt was adopted as Penn Power’s logo many decades ago.

These Penn Power booklets, filled with old-fashioned recipes, were the guides to Penn Power cooking demonstrations in the 1960s and 1970s.

Electric stoves during the 1950s, from the Penn Power cooking demonstration cookbooks.

Reddy Kilowatt was adopted as Penn Power’s logo many decades ago.

He was Penn Power’s famous mascot who had a lightbulb for a head and lightning bolts for his arms and legs. And, back in the day, he was probably the draw for many women who were learning how to cook on electric stoves.

As an avid cookbook collector, I recently found a couple of books that were passed on to me from friends that were used in the early 1960s and 1970s in cooking demonstrations at the Penn Power building downtown.

At first, the classes were sponsored to promote the use of electric stoves and ovens over gas stoves. It was a way for Penn Power to get people to buy electric, but it also taught women how to cook simple meals.

Now-retired coworker Nancy Lowry remembers attending the cooking sessions with her mother, when microwave ovens first were on the market. The classes were held in the basement of the former Penn Power building on the Diamond downtown. There was a kitchen in the basement, and the room was set up like an auditorium, she recalled, and there was a mirror over the stoves to let people see what the instructor was doing.

“The place was always full,” she said, noting that there were ladies of all ages, from small children to grandmothers, and the only men who attended were some who accompanied their wives.

“Then they gave you the food they prepared when it was done,” she said.

Lowry remembered that people didn’t know how to use microwave ovens, because cooking in them was completely different than conventional cooking.

“They were a new gadget back then, and everybody wanted one,” she said.

Today, almost every household and office still has a microwave, mostly for heating or reheating or cooking vegetables or something simple.

I grew up in a household that always had a gas stove, but I remember my mother attending a few of those demonstrations as a young housewife and coming home with the cookbooks. Just like today, it doesn’t matter whether your range or oven are gas or electric, you can make the same recipes.

One of the booklets I found not only has a lot of recipes, but it also has segments of trivia about electricity. One page explains how coal is used to create electricity and how it is delivered to the homes.

The book also explains that food waste disposals and trash compactors are excellent ways to efficiently dispose of the 595 pounds of food waste and 1,000 pounds of trash the average family produces per year. I’m guessing those estimates have grown larger today, as we live in a throwaway society. But now we also have the option of recycling some of our trash.

One of the books, “A Century of Light and the Progress of Electricity,” has no date, but came out to celebrate the 100th anniversary of Thomas Edison’s inventing of the incandescent lamp. That was in 1878, so the booklet was probably published in 1978 — 42 years ago.

Electric slow cookers, woks and skillets are mentioned in it, and there is a history of the toaster, which was invented in 1910 by Murray Ireland, who called his work of genius the Toast Master. It had a dial to regulate the brownness of the toast, and the instructions recommended that the toaster be heated thoroughly before adding bread.

The electric stove was actually invented in 1892 by Lloyd Groff Copeman, an American inventor. He died in 1956.

Both booklets also are filled with recipes, most of them old-fashioned and ones we normally don’t see nowadays, because recipes over the years have adapted with the vast choices of foods in the grocery stores.

I’ve sifted through the books and picked out a few recipes to share, hoping you enjoy their datedness as much as I did. I haven’t made any of them yet, I’m saving that for a rainy Sunday. But I’m sure I’ll try my hand at a few of them. The first one appears to be more of a chili- or Mexican-flavored skillet dish.

1 4-ounce can of mushrooms, drained

Set temperature of electric skillet to 300 degrees. (This also can be made in a stovetop skillet). Melt shortening, sauté dry vermicelli until lightly browned, stirring occasionally. Add beef and cook until meat loses its red color. Stir in remaining ingredients except cheese. Simmer, covered, for 25 minutes. Place cheese slices on top of mixture, cover and cook 5 more minutes or until cheese is melted. Serves eight.

Melt butter in a 9x13-inch dish while preheating oven to 350 degrees. Pour graham cracker crumbs evenly over the butter. Sprinkle coconut, chocolate chips and nuts over the crumbs in the order given. Pour milk over all of it. Bake for 25 minutes or until top is light brown. Cook and cut into squares.

Combine sugar, flour, cinnamon and nutmeg, then cut butter into it until crumbly. Sprinkle over batter in each cup. Bake 20 minutes. Makes 14 muffins.

1 can cream of mushroom soup

2 cups or a pound of sauerkraut, well drained

Preheat oven to 350 degrees. Cut four hotdogs in half and set aside, and slice the remaining hot dogs into 1/4-inch-thick slices. Mix soup and mayonnaise. Combine the sliced wieners with half of the soup mixture, the caraway seed and sauerkraut. Spread in a 11 1/2x7x1 1/2-inch baking dish, or use a 2 1/2 quart casserole. Stir remaining soup mixture into the potatoes. Arrange potatoes around the edge of the dish.

Combine bread crumbs and paprika and sprinkle over the potatoes. Place the 4 halved hotdogs in a pattern in the center. Bake 30 minutes or until hot. Serves 6.