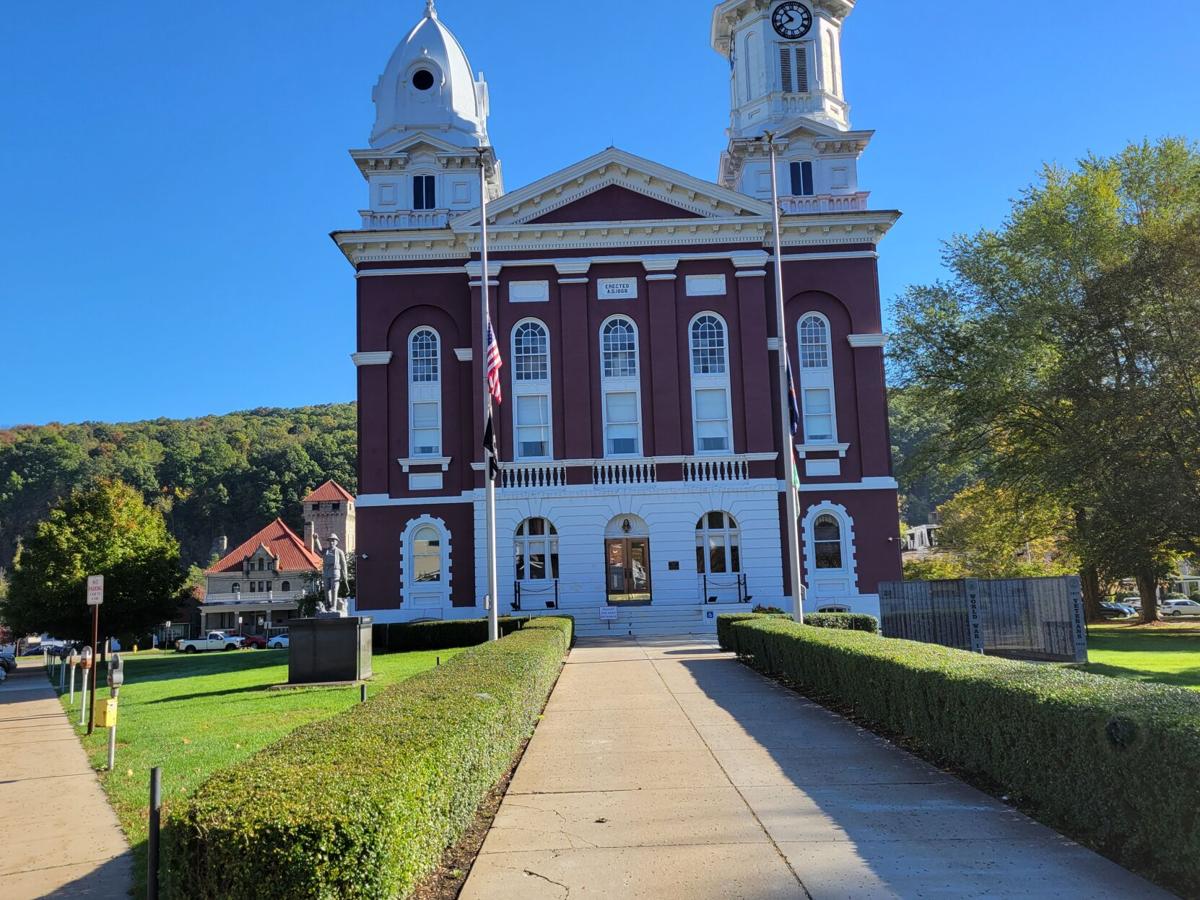 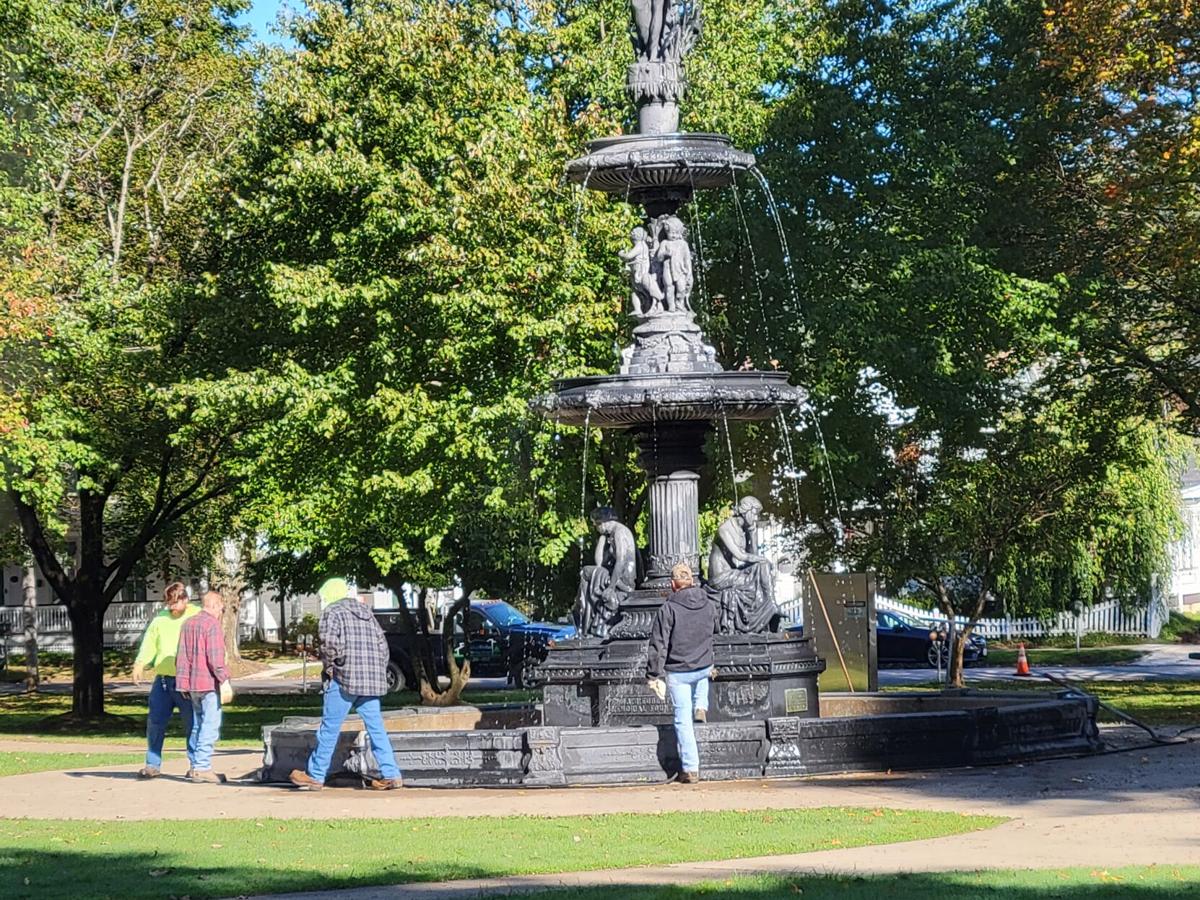 The pretty park in Franklin has a working fountain, benches and paths to stroll. 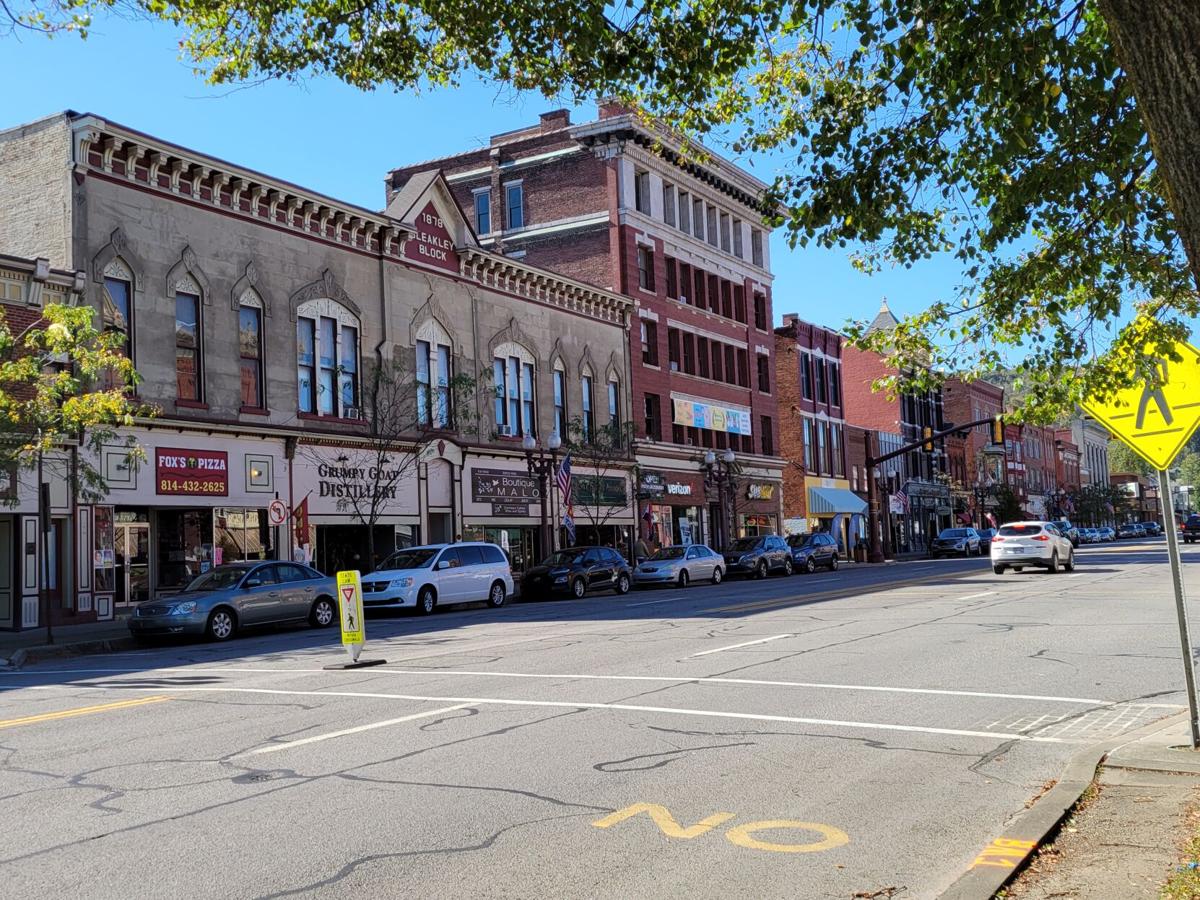 ABOVE: Downtown Franklin offers a variety of shops and restaurants. TOP RIGHT: The architecture in historical Franklin is diverse, and a brochure is available for doing walking tours. BOTTOM RIGHT: The Venango County Courthouse in Franklin was built in 1868. 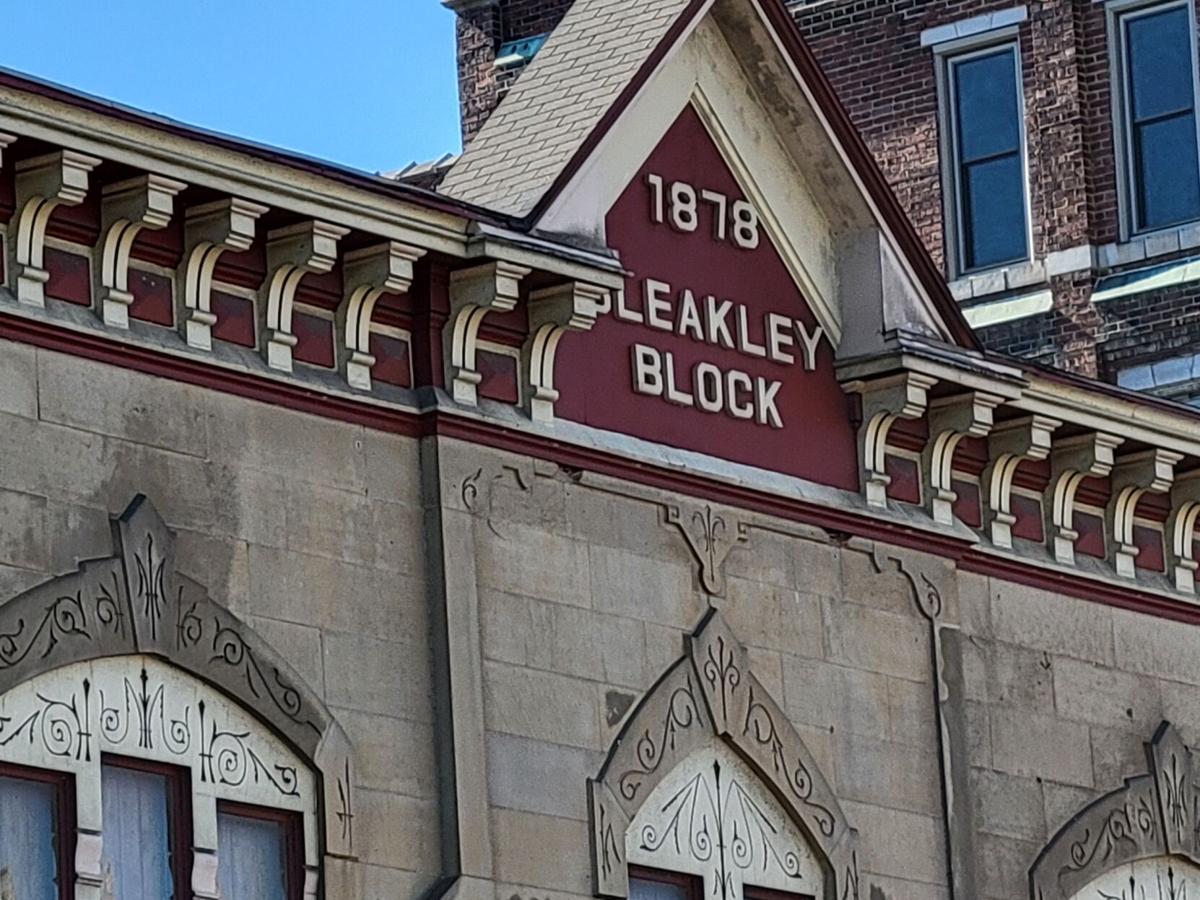 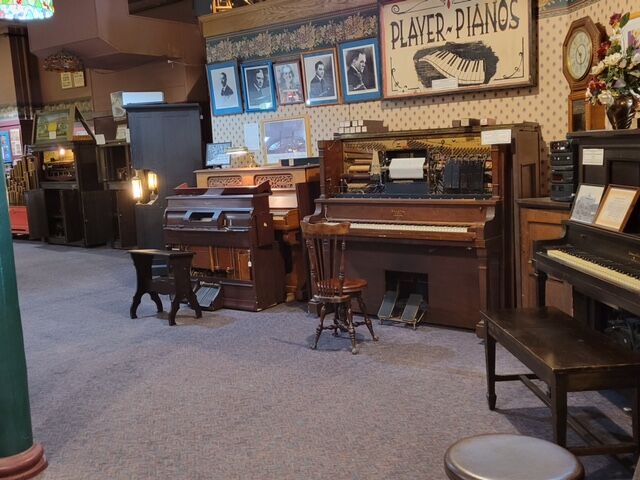 The pretty park in Franklin has a working fountain, benches and paths to stroll.

ABOVE: Downtown Franklin offers a variety of shops and restaurants. TOP RIGHT: The architecture in historical Franklin is diverse, and a brochure is available for doing walking tours. BOTTOM RIGHT: The Venango County Courthouse in Franklin was built in 1868.

Those two words are magic to me and bring out my taste for wanderlust, which runs through my veins.

All that was needed for a visit to one of my favorite northwestern Pennsylvania towns, Franklin, was a made-to-order weather forecast, leaves losing their summer green for tones of fall and comfortable shoes.

Nestled in among hills, Franklin is located at the junction of French Creek and the Allegheny River. Growth happened when the entire region became a center for worldwide oil production following Colonel Edwin Drake’s drilling of the first successful commercial oil well in 1859 in nearby Titusville.

Franklin is special to me for several reasons – the pretty walkable downtown with several blocks of boutique shops, antique stores and restaurants; the architecture and history; the old-fashioned flair combined with modern airs; and the fact that my parents were married at the Venango County Courthouse. That building alone is an imposing structure.

According to one of the handful of brochures I picked up at the Chamber of Commerce, Franklin has a complex architectural heritage and all the periods of the late 19th and early 20th centuries can be seen in some form including Gothic Revival, Victorian, Queen Anne, Tudor Revival, Italianate Stick and Romanesque.

Every time I drive down the long but gradual hill on Route 8 and into town, the two towers of the courthouse come into view. This is actually the third building to be erected as a courthouse and was done so in the 1860s. The small tower originally had a large bell, which is now gone but the ropes are still in place. In days gone by, the bell would sound to signal important communication for the town.

This is one of the Italianate structures, dark red in color with those uneven towers. I love that a call of the court crier to open court proceedings is still being used.

A sleepy little town, Franklin is not. Traffic moves steadily and even crossing the busy streets is easy because an automated system tells you when to walk and counts down the remaining seconds you have left until you reach the sidewalk. Tourists and locals converged on this practically cloudless day to stroll and browse.

If you are so inclined, you can use the self-guided walking tour to traverse close to 40 historic locations on Liberty and 13th streets. At one time, there were several motion picture houses in Franklin and, in 1989, the Franklin Civic Operetta purchased a Moderne-style building that stopped operating as a theater in 1973. It’s a hats off to hard work and community support that Franklin now has one of the finest art and entertainment centers in the area.

We couldn’t get to them all in one afternoon, but here are just a few to whet your appetite.

The building at 318 13th St. is known as Woodburn, Cone and Company/Foursquare Church and was built after a fire destroyed much of the street in 1866. It is one of the oldest commercial sites in the business district and through the years, various establishments have been housed here. Mrs. Webber’s Boarding House was demolished in 1951 but you can still view the parcel of land. I was fascinated because Adam Webber, who built the house in the 1840s was postmaster until he died in 1860 and his widow, Sarah Smith Webber succeeded him in that role. She turned the family home into a rooming house during the oil boom. In the spring of 1864, John Wilkes Booth took up part-time residence at the rooming house, and invested in land and oil wells. He often entertained area residents with readings and his acting ability but in September of that year, he left the boarding house and Franklin heard no more of him until the following spring when wires flashed of the assassination of Abraham Lincoln.

The Old Exchange Bank, now known as the Venango County Exchange Bank, is one of the finest examples of the Beaux Arts style in the Oil Heritage Region and there’s more of the Italianate facade on the A. Leach/Boston Shoe Store building that is crowned with a heavily ornamented bracketed cornice.

Then we came to what might just be a well-kept secret. DeBence Antique Music World is filled with one-of-a-kind nostalgic musical items from the collection of Jacob and Elizabeth Tipton DeBence.

You definitely need time to take a tour and admission is reasonable. The museum closes at the end of October for regular visitation but is open by appointment from Nov. 1 through March 31.

We hadn’t made a large enough opening in our schedule to do a complete tour but with our promise to make a donation, Diana, a very helpful and friendly guide, showed us a few of the unique pieces.

The structure houses more than 250 antique mechanical musical instruments dating from the mid-1800s to the 1970s. Mechanical music is produced by other than human hands and the collection stretches from 1850 music boxes through Edison and Victor phonographs to stereo vinyl LPs along with an extensive radio collection starting with 1923 models.

There are some very rare instruments like the BerryWood A.O.W. Orchestrion, which is the only one in the world still playing. It includes 34 wood flute pipes, castanets, cymbals and mandolin to add up to the equivalent of a 10-piece orchestra. The workmanship is a marvel. The Regina Grand music box is another novelty. One enormous 27-inch cylinder holds just one song.

When you gaze at the Wurlitzer 65-note band organ that began at a skating rink in New York state, you’re looking at the only one ever built.

There’s a self-playing one-of-a-kind violin and a calliope of sorts came from Idora Park.

One treasure follows after another.

DeBence Antique Music World is a hidden treasure that begs the question, “Who knew?”

Incidentally, this building was once the old G.C. Murphy store and years ago while on our way to Brookville to visit relatives, my mother, grandmother, brother and I stopped at Murphy’s so my mother could get a new outfit to wear for the rest of our journey. The reasons why will be discussed no further to avoid embarrassment to any parties involved.

The town is made even prettier with the Fountain Park that once served as a pasture and training area for the militia. The Egbert Memorial Fountain is the centerpiece of West Park and was named for Dr. Albert Egbert, a leader in the lubricating oil field. He took great interest in the improvement and beautification of this part of town and his beautiful home is located on South Park facing the Civil War Memorial. The working fountain, lots of trees and well-kept lawns make this a pleasant place to stop and sit at one of the many benches. In fact, throughout Franklin there are benches in front of most establishments.

Lunch was at the popular Bella Cucina restaurant with its tin ceilings, white tablecloths, cloth napkins and delicious offerings.

Besides the sights, shops, restaurants and an abundance of churches, Franklin is known, too, for its attractions such as Applefest in early October, a May garden walk, Thursday night concerts during the summer, a farmer’s market and Light Up Night to usher in the holiday season. There’s also a place to rent kayaks, boats, bicycles, canoes and tubes to take advantage of the water and terrain.

And you really shouldn’t leave Franklin without heading back out on Route 8 south for a short piece, turning right and shooting up the hill to view some of the impressive old homes that are the architectural equivalent of Good ‘n Plenty.

Small town America is alive and doing very well in Franklin. You could even say that it’s booming.

(Lugene Pezzuto retired from the New Castle News in 2019. Her Cruisin’ travel column will appear sporadically.)