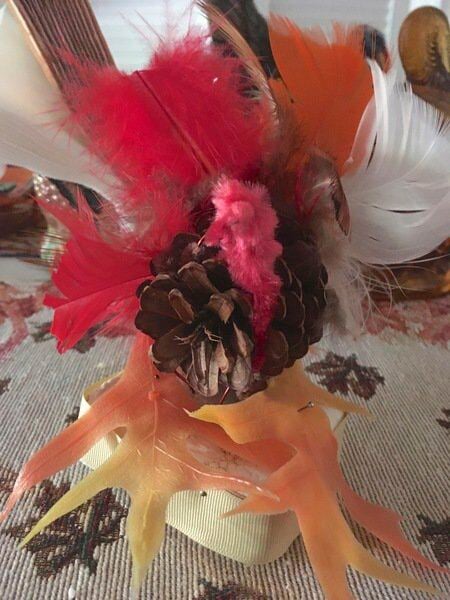 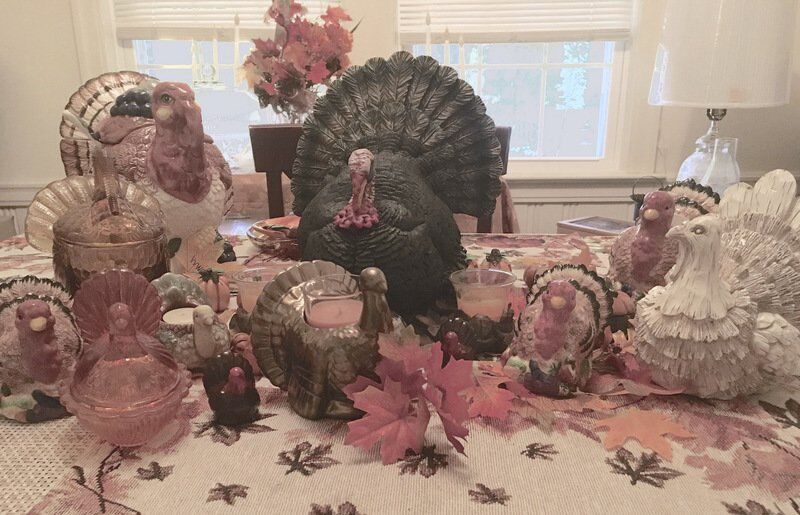 This procession  of turkeys may be the only Thanksgiving Day parade this year.

This procession  of turkeys may be the only Thanksgiving Day parade this year.

The older we get, the more stories we have to share about Thanksgiving Days past.

But alas, 2020 will be one for the books for most everyone, as many families, sadly, will be separated so as not to risk catching the highly contagious COVID-19. We don’t want to be around the elders, putting them at risk, because we’re still not sure just how easily this virus is spread among us.

Some of us have escaped the sickness so far, but could well be dining alone — no fun to eat turkey by yourself — hoping it will be the only year for such lonely separation.

To make the occasion lighter, I’ve asked coworkers in the newsroom to help me by sharing some of their favorite Thanksgiving stories and recipes. There are sad stories, funny ones and total calamities.

I love Thanksgiving; it’s one of my favorite holidays.

Tradition was that my mother always made us fried mush for breakfast, after the turkey was stuffed and in the oven. I would always sort the cranberries for her, picking out the bad ones. I also revelled in singeing the remaining turkey feather hairs off the wings with a match.

For the past six decades, I’ve watched the Macy’s Thanksgiving Day parade, then the dog show on television. Sadly, no parades this year.

Another tradition that died hard was to stand in a long, cold line on Thanksgiving Day to walk through Kraynak’s Christmasland. I won’t be doing that this year, either, thanks to COVID.

When I was about 8 years old and in Brownies in Sharpsville, we made a turkey craft with a pine cone, a red pipe cleaner for the head and neck, colored feathers and a piece of polystyrene covered with colored crepe paper. My mom saved it and got it out every year, and that turkey has graced our family’s Thanksgiving table for 56 years. Now that my parents are gone, that cherished memory remains, and I now have the turkey trophy at my house. I’ve named him Old Tom. Of course, he will hold a prominent spot on Thursday.

One Thanksgiving in my adult life, co-worker Kayleen Cubbal was making a turkey and called me in alarm on Thanksgiving morning. As she went to stuff the turkey, she couldn’t find the bag of giblets anywhere inside the turkey. She was afraid she was missing something, like maybe they were stuck frozen up inside of it somewhere. I got in my car and drove over to help her. I stuck my hand through both orifices of the bird and felt around for the packet of tiny organs, even used a flashlight, and sure enough, there weren’t any. She was cheated out of her giblets.

I’m not a giblet fan, but the neck is a valuable part. We always used it for flavor in the gravy, then discarded it. For me, the rest of the giblet packet goes into the garbage since I have no cat.

Coworker Renee Gendreau tells this story: “When we were first married, my hubby and I decided to host Thanksgiving dinner for our families. Having only lived in our apartment for about a month, we never noticed the oven wasn’t quite accurate.

“With the bird safely roasting in the oven, or so we believed, we visited with our guests. When it came time to check if the turkey was ready, we found a mostly raw, barely room temperature disaster. Back in it went. We waited and waited until we decided to do a reverse meal — desserts first, some sides, then appetizers and, finally, turkey.”

Reporter Maria Basileo shared this story: “One of the recipes I hold close to my little Italian heart is for arancini or, as my family calls it, rice balls.

While visiting my sister in Virginia a few years back, we decided to make rice balls because we were feeling festive. Once we began to fry them, however, we noticed they were coming out a little bit too golden brown. In order to cool the oil down, my highly intelligent sister thought to throw a handful of ice cubes in the pot. Although an explanation of what happened next is not needed, let’s just say we spent a few hours after that cleaning oil off the counters, walls and floor.”

Here are some shared favorite recipes of News staffers, including Basileo’s recipe for rice balls.

“Just promise you won’t add any ice cubes if you make them,” she quipped.

Prepare your favorite meat sauce and add frozen peas, if you so choose.

Once the rice and sauce are cooled, grab a palm of rice and create a tiny well. Place about a tablespoon of sauce in the well and grab another handful of rice to make a ball. You can choose the size of the ball.

Beat eggs and dump the breadcrumbs on a plate.

Roll the rice ball in the eggs first, then the breadcrumbs. Fry until golden brown.

For those of you dining alone or having one or two over who don’t like the dark meat of the bird, buy a small boneless turkey breast and thaw it according to the package directions. Reserve the gravy packet in the refrigerator. Rub the breast with real, softened butter, then rub it with McCormick’s Nature’s Seasoning. Place in Crockpot with about 1/4 cup water in the bottom, and cook for 6 to 8 hours on low. About 15 minutes before you’re ready to eat, sauté about 8 ounces mushrooms in butter (optional), then set aside. In a saucepan, mix gravy packet contents with the liquid from the Crockpot.  If it doesn’t get thick enough, mix 2 tablespoons of cornstarch with enough water to make a liquid paste, then add to the gravy, stirring constantly. Then add the sautéed mushrooms.

Adapted from an old newspaper clipping:

Preheat oven to 350 and grease 9-inch square pan. Cream butter and 3/4 cup sugar. Add egg and beat well. Mix flour, baking powder, baking soda and salt together and add alternately to the creamed mixture along with the buttermilk.

Pour into pan and cover with raspberries. Sprinkle with remaining sugar and bake for about 35 minutes.

Whip the cream, powdered sugar and liqueur or vanilla together until thick. Serve with cake. Makes 8 servings.

Combine half the cranberries and half the orange in a food processor and chop finely. Then do the other half. Mix in 1 cup brown sugar and cinnamon. Serve as a fresh-fruit relish.

Dan Irwin says this is a family favorite; his son-in-law requests it each time he and Irwin’s daughter visit from Virginia.

First layer — In a 9-x-13-inch pan, mix pretzels, melted margarine and 3 tablespoons sugar and press into bottom. Bake at 400 degrees for 8 minutes. Cool.

Third layer — Mix Jell-O in boiling water and add strawberries, then pour on top of cream cheese mixture and chill until firm.