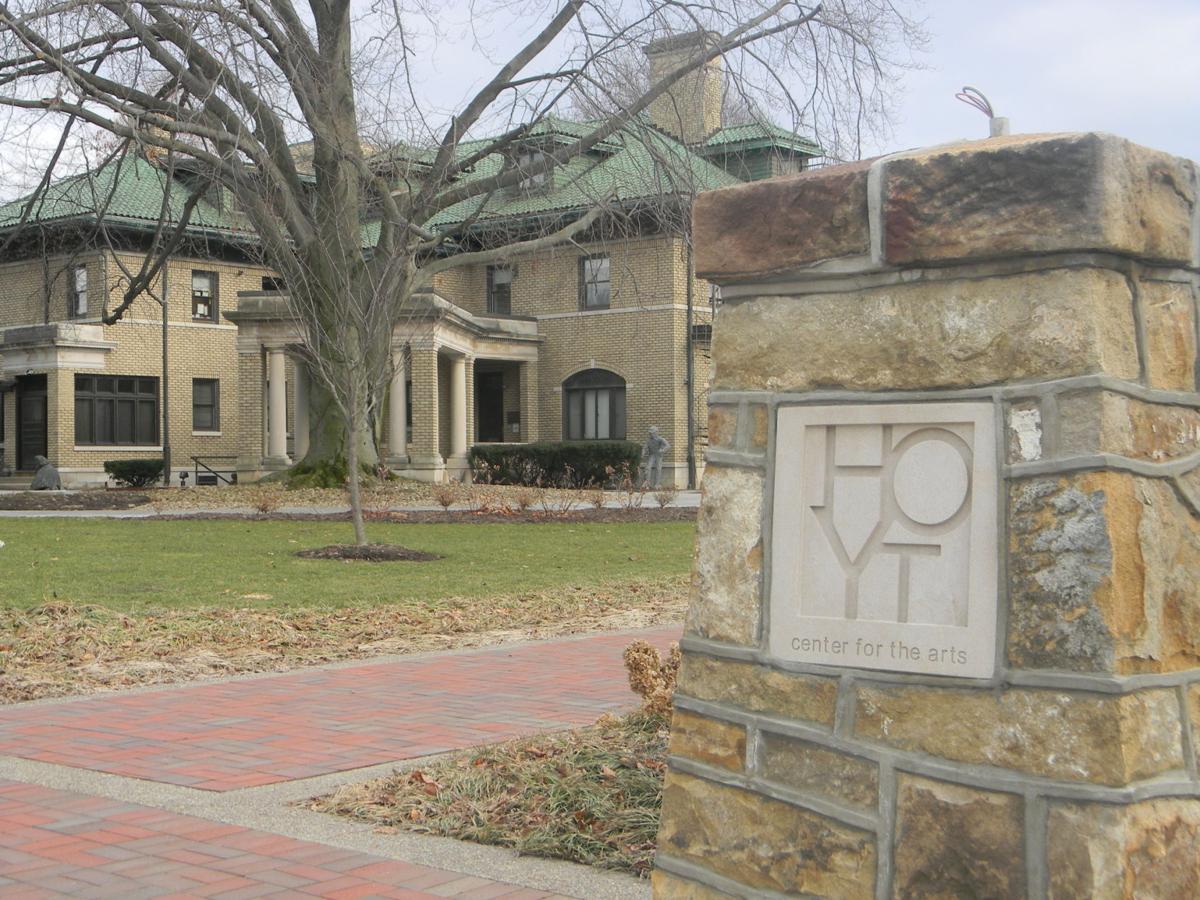 The Hoyt Center for the Arts 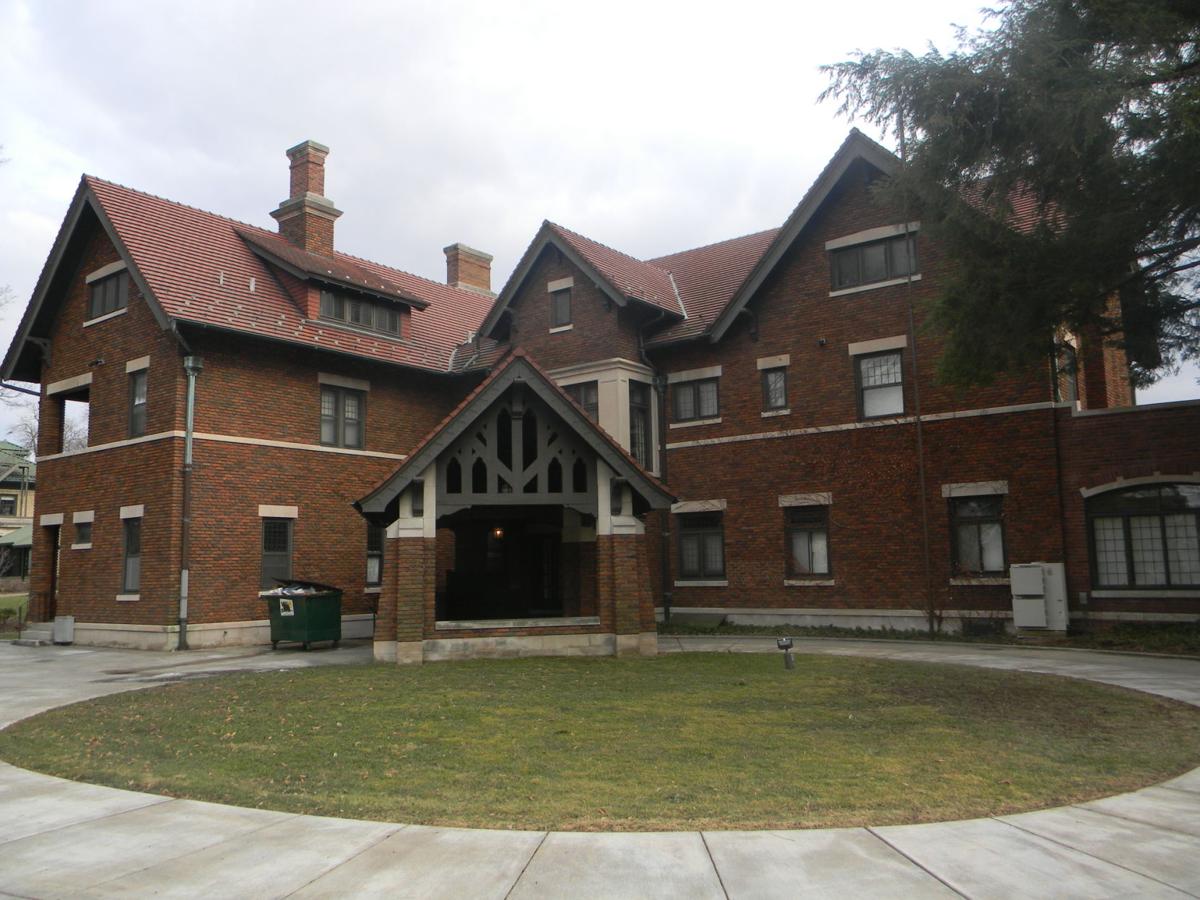 This is Hoyt West, the second of two former mansions comprising the arts and education center. 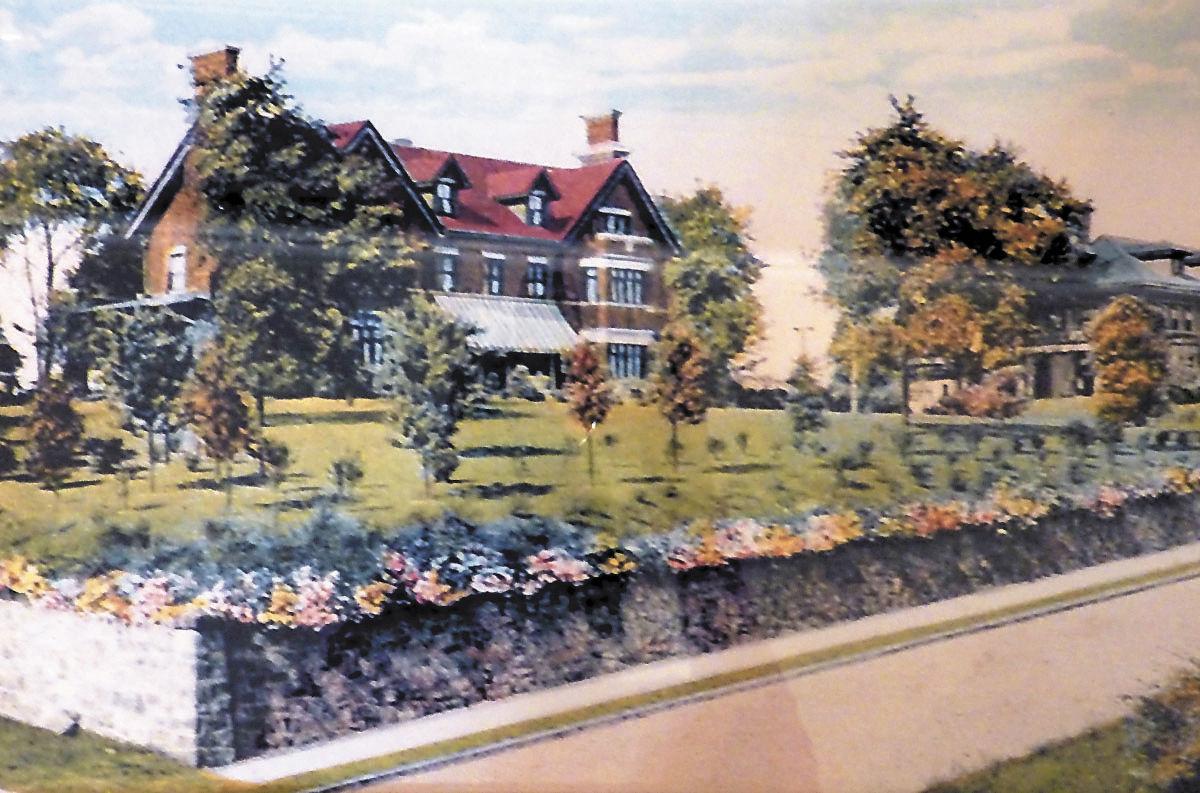 ‘Rosewall’ is a colored photograph taken from a postcard of Hoyt East and Hoyt West from Winter Avenue taken between 1914 and 1916.

The Hoyt Center for the Arts

This is Hoyt West, the second of two former mansions comprising the arts and education center.

‘Rosewall’ is a colored photograph taken from a postcard of Hoyt East and Hoyt West from Winter Avenue taken between 1914 and 1916.

To walk the rooms of the Hoyt Center for the Arts is to soak in the opulence of another era.

It’s where art, culture and the community come together.

The once private residences of a prominent family have played a pivotal role in showcasing the arts in New Castle for a half century.

As the Hoyt observes its 50th anniversary of growth, achievements and successes, it also is looking ahead to the next five decades.

Some may not know the buildings other than as exquisite displays of architecture.

Executive director Kim Koller-Jones points out, “We are going and growing beyond our own walls.”

The past five decades have brought tremendous growth and experience, and with the milestone birthday comes a turning point between the past and the future.

“Keeping the arts alive since ’65” helps kick off a year of celebration with special events and enhanced, successful programs to enrich the life of the community through participation in the arts.

The Hoyt is truly one of a kind.

With rotating and permanent exhibits and expanding collections including the Shenango China collection, a wide range of classes, a place for artists to exhibit their works and growing resources for children, the center lives up to its name as a central hub for all things creative.

The off-white brick Hoyt East was the home of May Emma Hoyt, sister of Alex Crawford Hoyt, who lived in Hoyt West — the red brick mansion — with his wife, June. The couple deeded Hoyt East, to what was formerly the Lawrence County Cultural Association, as a gift on Jan. 2, 1965. That agreement required a $30,000 cash match, which was obtained by charitable contributions from the community.

“That was a match unusual for the day,” said board president Richard Flannery. “The Hoyt family was an example of giving back to the community.” Five years later, the name was changed to the Hoyt Institute of Fine Arts.

Alex Hoyt had bequeathed Hoyt West to Jameson Hospital, which did not have a use for the building, so a foundation made a substantial charitable contribution to the hospital. Consequently his estate and the hospital deeded the mansion to the Hoyt on Jan. 21, 1982.

Flannery is the 10th president of the board. This is his second go-round in the position, having held that title in the mid 1990s.

During that time, Phyllis Blair, a highly regarded artist and board member had a vision for a covered walkway connecting Hoyt East and Hoyt West, and discussed it with Flannery.

The Blair Walkway Gallery was built — made possible by Blair and her husband, Tom with their substantial contributions and those of others, Flannery said.

“As a community, we are quite fortunate to have the Hoyt.”

Koller-Jones is the eighth executive director and at 19 years, has had the longest tenure in that position.

She attributes that time as an opportunity to successfully launch a variety of programs including ones in which the artistic qualities of kids are enriched and cultivated.

“A lot of what I have been doing for the past five to 10 years is building the Hoyt’s relevance in a community with low economics demographics. Arts aren’t always on the front burner as opposed to other issues facing the community.”

It’s not enough to have the beautiful buildings without constructing programs to go along with them, she said.

Today it is the Hoyt Center for the Arts — a name change that came about in 2012.

And this summer, there will be another change.

Effective July 1, the Hoyt Center for the Arts will be the parent organization focusing resources on the preservation and expansion of facilities and collections, and overseeing its offspring, the Arts + Education at the Hoyt. That branch will inherit management of all programs, exhibitions, festivals, classes, school programs and oversee new initiatives.

“The Hoyt Center for the Arts will continue to umbrella and supports its offspring,” Koller-Jones said.

The Arts + Education aspect is the next generation of programs and services at the museum. Maria McKee will become president of that entity while Flannery will continue as president of the Hoyt Center for the Arts. Christina Ubry has been hired as executive secretary for the center.

Part of Arts + Education is the CANES after-school program —started in 2008 — for more than 300 students in grades three through eight in the New Castle Area School District.

“It’s important we found a niche with the school system,” she noted.

The summer art camp will expand this year to four weeks and is open to students throughout the county.

Koller-Jones said a digital arts media lab will be introduced to develop a new generation of workshops and classes in video, animation, gaming and graphic design, and a printmaking studio and Young Artists Incubator will give students “on the job training in creative careers. There will also be an expansion of collections, developing the grounds and completing the Hoyt West Period House.

“Arts are more than entertainment,” she said. “They have a role with education and economics.”

It’s important, too, she continued, that people are aware that the Hoyt is not associated with the Hoyt Foundation, which is a granting organization.

Establishing ties with other groups has also allowed growth and a chance to help with the revitalization of the community, according to Koller-Jones.

An example is the Arts on the Riverwalk, which the Hoyt now oversees. Last year, that event merged with the fireworks festival and was moved back downtown where it drew 10,000 people.

There’s also community outreach with offside exhibitions at Jameson Hospital and the Confluence, she said.

“These last few years, it’s been all about strategic partnership through those two organizations, and the TPA (Tourist Promotion Agency) and United Way to fulfill our own mission and the mission of others.”

Despite all the challenges both the community and the Hoyt have faced since 1965, “We’ve been able to grow and thrive, she said.

“All of that has happened because of the Hoyt family,” Flannery explained.

“We seem to be more in demand than we’ve ever been,” said Koller-Jones. “The partnerships are a result of the arts in the community being recognized for their value.”

The Hoyt continues to grow.

“Having been a director for more than five year’s longevity makes a difference and builds momentum,” she said, adding she has a staff that also is building its own longevity.

“Her position as marketing director is part of our growth,” Koller-Jones acknowledged.

Other accomplishments include furnishing the house, and developing the first and second floors.

Koller-Jones related a story of a woman who was a member of the former Friends of the Hoyt.

“She came here almost reluctantly after not coming here for 10 years and was so curious to see the second floor. She went there and came down in tears, saying she saw what she always envisioned.”

The Hoyt is maintaining the area’s history through these houses to become the heart and pulse of the community, Koller-Jones said.

It is 50 years going strong.

The Hoyt lives up to the motto adopted for this year’s celebration —keeping the arts alive since ‘65.

•June 29, 1964 — The Lawrence County Cultural Association is incorporated with offices in th…

•Working in partnership with the Lawrence County Tourist Promotion Agency, the center will h…