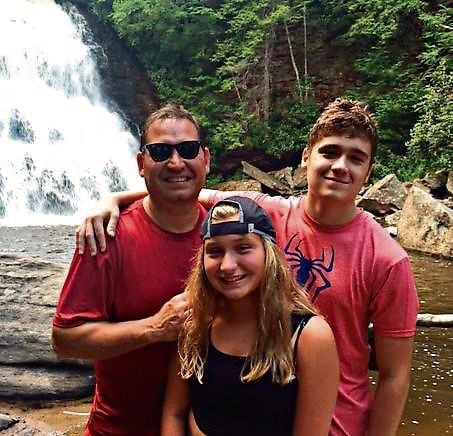 Jason George on vacation with his children, Lucas and Emme. 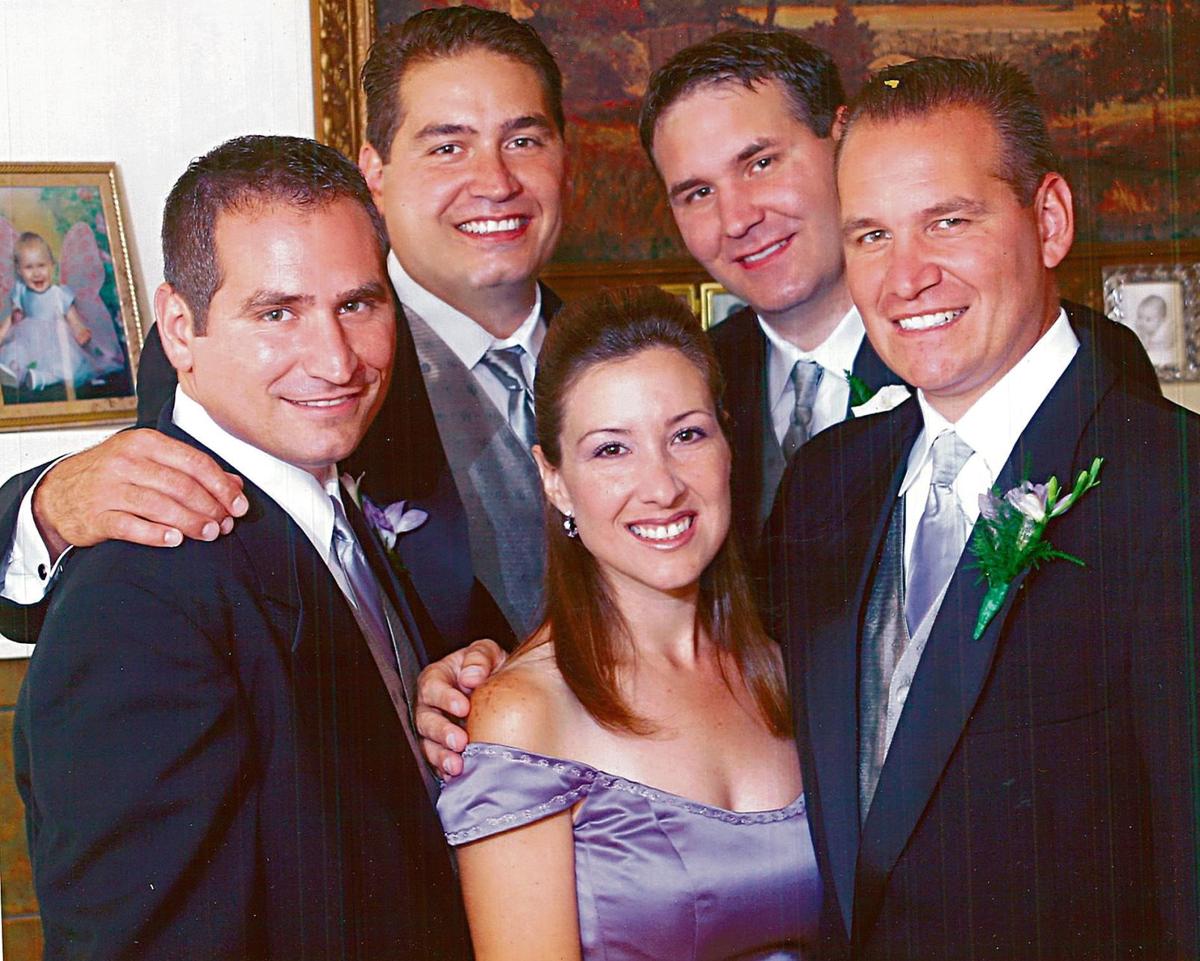 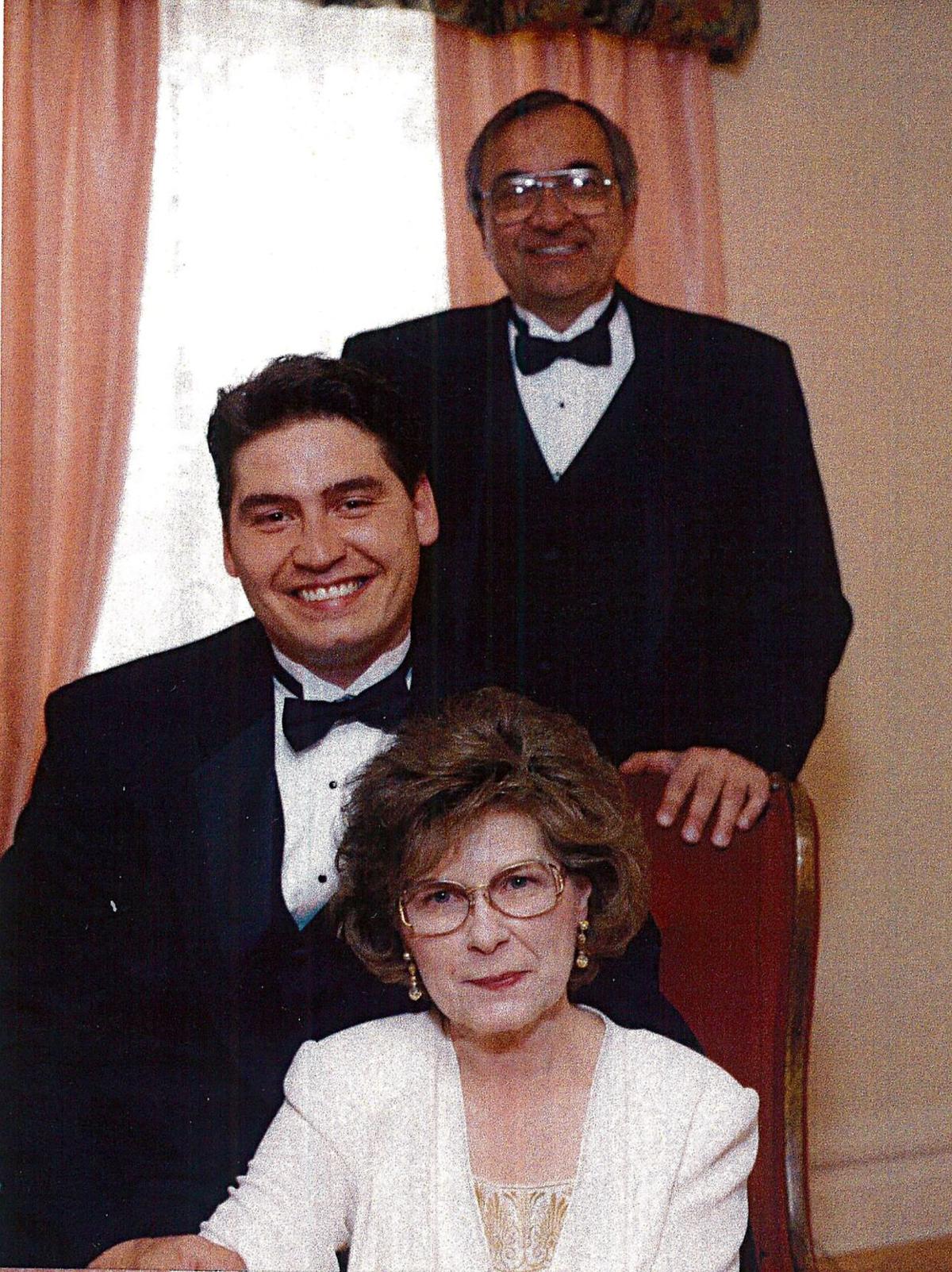 Jason George with his parents, Tom George and Judy George.

Jason George on vacation with his children, Lucas and Emme.

Jason George with his parents, Tom George and Judy George.

There will be an empty seat at the George family table this Thanksgiving.

The sudden, unexpected death two months ago of the family’s fun guy, the life of the party, the one to put a smile on everyone’s face, leaves not only that chair unoccupied — but a lot of heavy hearts as well.

Yet the Georges still plan to celebrate.

Because of Jason George, a 50-year-old man will be able to sit at his own Thanksgiving table with his wife and nine children, a new heart beating strongly in his chest. Two other people can enjoy their meal with a healthy kidney for the first time in many years. And a man and woman, both 70, can see the turkey being carved because of the corneas they’ve been gifted.

Yes, Jason George is gone. But his legacy lives on.

It was around 3:30 a.m. Sept. 22 when Jason, a local developer-contractor and former New Castle High basketball player, awoke from his sleep in his Neshannock Township home. The 47-year-old screamed to his companion, Jill Kohl, that his head hurt and, within seconds, he collapsed back onto the pillow. Kohl immediately called 911.

Jason was rushed to UPMC Jameson as family and friends raced to be by his side. Within minutes, a medical helicopter was ordered to transport him to UPMC Presbyterian in Pittsburgh.

Jason was diagnosed with a brain aneurysm, more specifically, a brain arteriovenous malformation (AVM), which is a tangle of abnormal blood vessels connecting arteries and veins in the brain. The George family was informed that Jason likely was born with the malformation, but never was aware of it.

“We were told that you can live for years with it,” said Jason’s brother, local attorney Joe George. “Then all of a sudden, it just goes.”

Shortly after arriving in Pittsburgh, Jason was rushed to surgery, where doctors tried to relieve the pressure on his brain.

As word spread, more family members and friends hurried to Pittsburgh. Jason’s children, Lucas, 17, and Emme, 14, and ex-wife Lori Vidal George were among those who raced to his side.

“At one point, a security guard walked over and told everyone nicely that they were going to have to step back toward the wall because they couldn’t wheel patients through the maze of people.”

“They told us that the first 24 hours were the most critical, that we had to just watch and wait,” he said.

“We knew that it was bad, but they did give us a slight bit of hope,” said family patriarch Tom George. “We hung onto that.”

As the day turned into night, Joe said family members started to pick up bits and pieces of conversations from medical personnel that gave them their first real indication that Jason would not recover.

“They never came out and said the words at that point, but we realized later that, for all intents and purposes, he was already gone,” Joe said. “I think they gave us a little time to process it.”

Joe called George family cousin Maura Simpson, who is a physician in Atlanta. She talked him through what was happening and prepared him for the worst. Then she uttered the words that changed everything.

“She said, ‘Joe, is Jason an organ donor?’ I said I had no idea, although I knew that knowing Jason and how he always thought of others, he just might be,” Joe said.

“We pulled out his driver’s license and there it was — organ donor,” Tom said.

And so the family waited.

“We still kept hoping for the best, but as the clock ticked, we knew,” Joe said. “We had to come to grips that it was a non-survivable event.

“We knew that we had some decisions to make.”

Hospital staff ran one final set of tests to check brain activity and Jason’s surgeon confirmed to the family that there was none. Joe and his sister, Kathy, spoke with a representative of the Center for Organ Recovery and Education.

“It was a lot to process,” Joe said. “They were very respectful. They never pressured us, they just said that we should do what we felt was right and what Jason would have wanted. We probably would have donated his organs no matter what, but he made it easy on us with that organ donor card.

“It was like the final words he spoke to us.”

“We were just numb,” Joe said. “It was surreal. This was our ‘J,’ everybody’s best friend, the best brother a person could ever have.”

“People started coming in at 2 and we were there until 10,” Joe said. “Over 1,500 people came through. Some of them waited an hour and a half to two hours. I had no idea he had touched so many people.”

When it came time to select pallbearers, the family simply could not choose. So 20 of his closest relatives and best friends carried his casket or walked directly behind it.

The identity of one of those men was a mystery to the George children’s mom, Judy, when she saw him.

“My mom leaned over to me and said ‘who is that? I’ve never seen him before,’ “ Joe said. “Turns out he was a guy who Jason met at a hunting camp in Somerset years before. They stayed in touch and this guy considered Jason one of his best friends. He came to the funeral home and when it was time to line up the pallbearers, he just went with it and got in line.

“It was perfect. I think it just was a testimony to Jason’s life that some guy from a hunting camp thought so much of him that he drove here and wanted to be a pallbearer.”

In addition to Tom, Judy, Joe, Kathy and his children, Jason left behind his brothers T.J. and Alex.

“He made us better,” Joe said. “Better people, better friends, better fathers and sons. No matter who Jason was around or where he was, it was just always better.

“Jason did more in his 47 years than most people do in a lifetime,” he added. “If someone was down on their luck and needed a stove or a refrigerator, he would go out and find them one. He loved to help people. That was just what he did.”

As the family gets through this first holiday season, the friendship of those who have stayed in touch are making it easier to bear.

“People were just so wonderful,” Tom said. “We could never repay the kindness.

“I’m still getting sympathy cards and letters. It’s been two months, but they still come in the mail, every single day. They mean so much because it keeps us connected to Jason.”

The Georges are hopeful that one day, they will get a chance to hear from or perhaps even meet those who Jason helped. Although they were given some basic information as to where his organs went, they were told that there is a mandatory waiting period following a transplant, after which the donor’s recipient may reach out if desired.

“I would just like to hug them,” Joe said. “If I could talk to Jason right now, I know he would say that he was happy to help people in his death. He would be pleased that other people lived because of him.

“The hole in our hearts is sometimes too big to bear, but just to know what a difference he made in both his life and his death helps us get through it.

“I promise you,” Joe added, “that Jason is smiling down on us right now.”