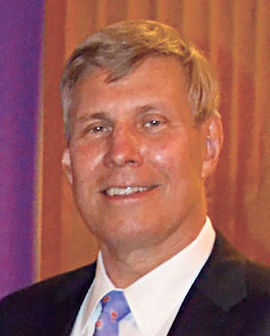 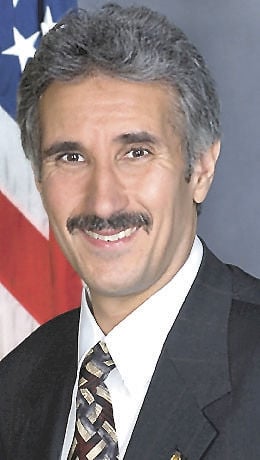 David Barensfeld's concerns regarding the source of electricity his company could be required to purchase might be premature.

That, at least, is what one state lawmaker said after a letter from the Ellwood Group Inc. chairman appeared May 2 in the New Castle News. In that letter, Barensfeld warned that ongoing efforts in Harrisburg could produce a requirement for electric utilities to purchase power produced by nuclear plants.

The proposed legislation — House Bill 11 and Senate Bill 510 — could increase the cost of electricity to household customers and to companies like Barensfeld's, which uses large quantities of electricity in its electric arc furnaces in New Castle and Irvine. The legislation would amend the Alternative Energy Portfolio Standards Act to recognize the significant contribution of nuclear energy to the state's zero-carbon energy production. It also provides for Tier III alternative energy sources and for capacity payments to alternative energy sources.

State Rep. Chris Sainato said the bill is not yet before the full House of Representatives and he is unsure what the final legislation will include.

"I'm not on the Consumer Affairs committee and I haven't seen the bill," Sainato said. "But I know there are big issues."

Natural gas, Barensfeld points out, is cleaner than coal and is the cheapest available fuel.

"The proposed legislation would greatly increase the cost of electricity to companies like Ellwood Group, yet, according to the Independent Market Monitor, Pennsylvania's nuclear plants collectively earned $640 million in profits in 2018," Barensfeld said in his letter. "As introduced this will increase the electricity rates paid by everyone, households, stores, factories. Nuclear plant generated electricity is more expensive that other sources. Rates will go up."

He estimated that Pennsylvanians will be paying $500 million more for electricity than it currently paid.

Saying that his plant currently pays more than about $1 million annually for the electricity that it needs to operate, Barensfeld said he does not know how much higher individual rates will go. However, he speculated the change is being considered to benefit Exelon Nuclear, which owns and operates Three Mile Island. The nuclear generating station is also partly owned by FirstEnergy.

"That caused the plant to shut down for a while," Barensfeld said. "But it was never again as productive as it had been. But that's not our fault. The electricity rate payers should not have to bail out Exelon."

Sainato said bills in committees "are in flux. They change every day." He added, "There are issues on both sides. There is concern that the proposed changes could add to the cost paid by ratepayers. There is also concern that if this does not go through that the state's five nuclear plants could shut down."

Nuclear generators, he said, produce 42 percent of electricity in Pennsylvania. "If we lose that, who will make up the difference?" he asked.

Sainato said the nuclear industry is seeking tax credits similar to those already granted to solar, wind and other sustainable power sources. They will receive this if the bill goes through. Opponents say rates will increase and ratepayers will end up subsidizing the nuclear industry.

"Three Mile Island must make adjustments. If we don't act on this by July 1, it could shut down in October and Beaver Valley will shut down in 2021," Sainato said. *If the nuclear generator plants go down, they could close permanently."

He adds that the Beaver Valley nuclear plant employs between 600 and 700, many from Lawrence County.

"We want to do what's good for everyone," Sainato said. "I don't want to see this or any of the nuclear plants close permanently and people lose their jobs. Also, I don't want to costs go up and hurt Ellwood Group either.

"There will be hearings and within the next month we should be seeing something. They want this resolved by July 1.

"I am hearing from both sides but until I know the real facts, " he said, "I really can't comment  until I see the final product. I want to see what the bill will looks like."