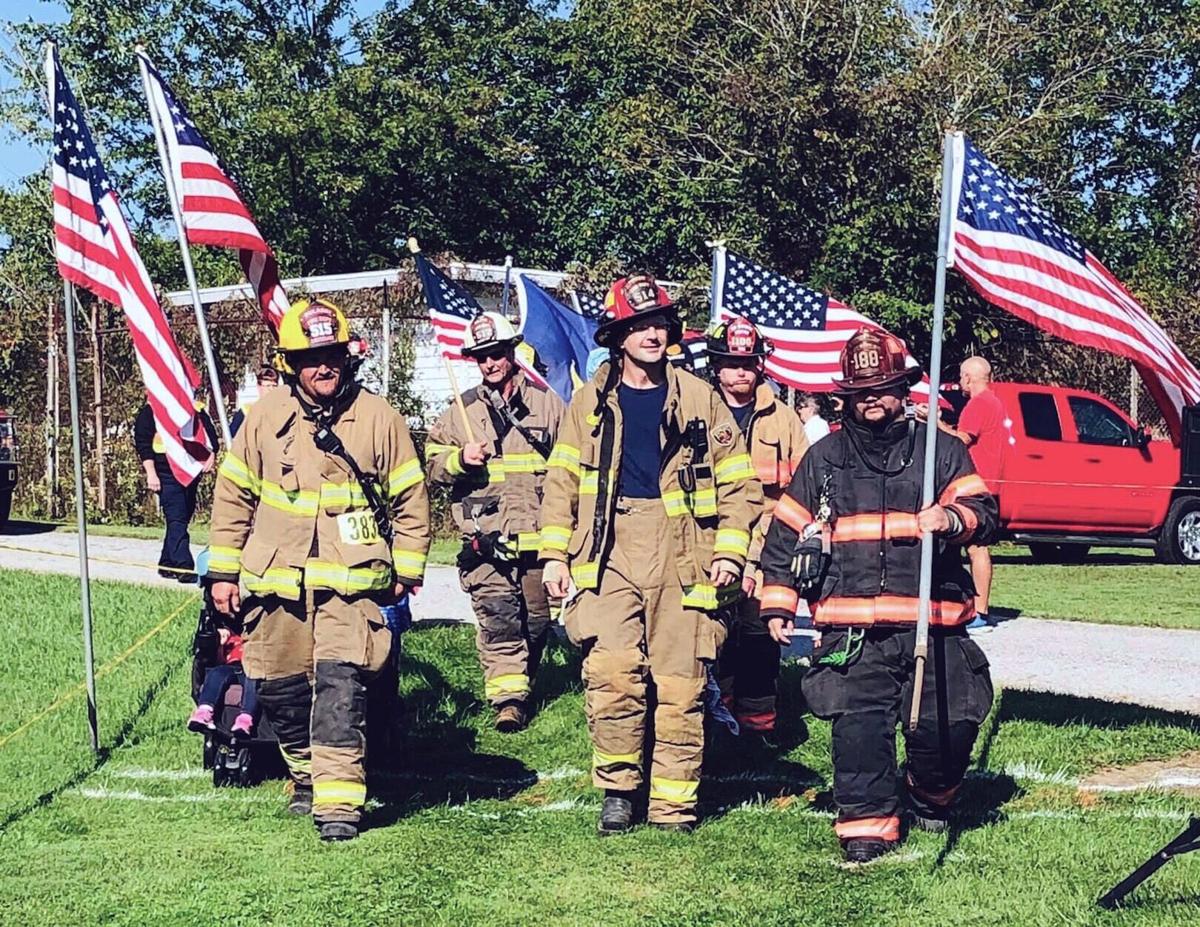 American flags were abundant during a 5K event sponsored Saturday by the auxiliary of the Pulaski Township Volunteer Fire Department. 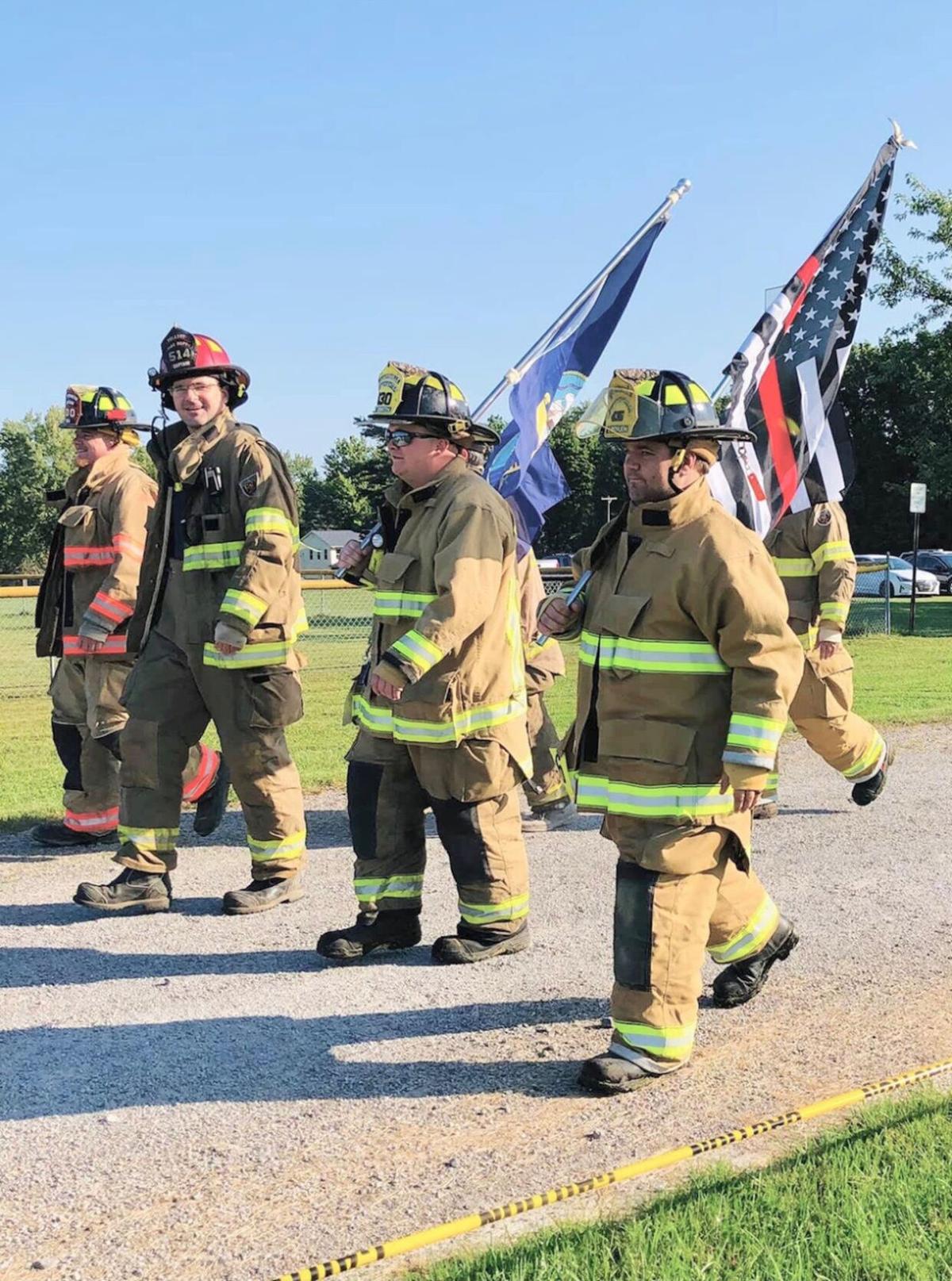 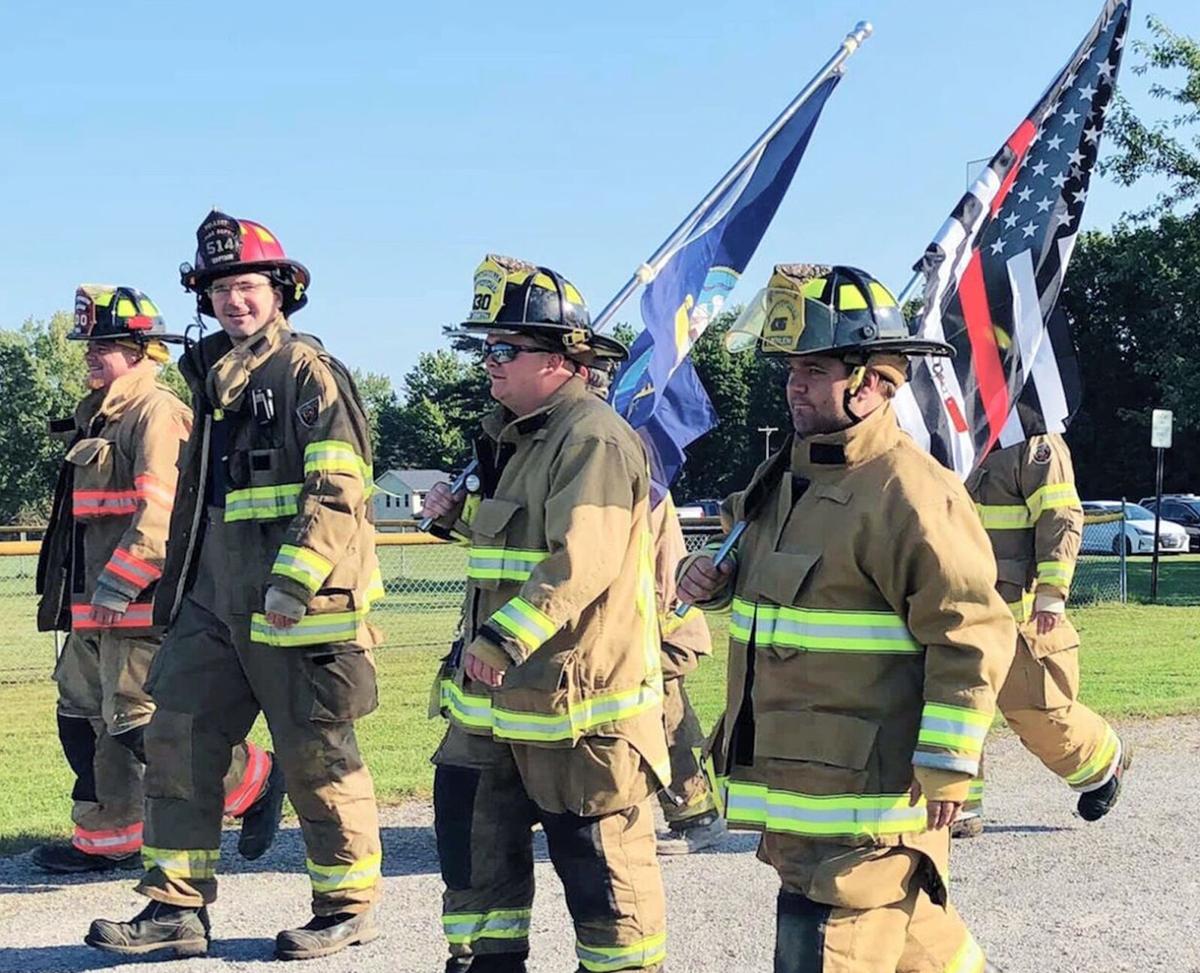 Firefighters with flags march in full gear to observe Sept. 11, 2001. They are part of a 5K race sponsored by Pulaski's fire department auxiliary.

American flags were abundant during a 5K event sponsored Saturday by the auxiliary of the Pulaski Township Volunteer Fire Department.

Firefighters with flags march in full gear to observe Sept. 11, 2001. They are part of a 5K race sponsored by Pulaski's fire department auxiliary.

About a dozen firefighters dressed in full gear made a 3.2-mile pilgrimage Saturday in Pulaski Township to show their respect for the fallen heroes of Sept. 11, 2001.

Their walk was part of the annual Pulaski Township Volunteer Fire Department auxiliary’s 5K walk and run, held as a tribute each year on Sept. 11.

The event was organized by Kathy Perry of the Pulaski auxiliary, with help from her brother, Andy DeVite.

The auxiliary had skipped a year of the observance last year because of COVID-19 restrictions, but this year, more firefighters turned out as a symbolic gesture.

“The firefighters who attended walked the full 3.2 miles in their full gear,” Stowe said.

That included boots, bunker pants, coats, helmet and gloves, “pretty much everything we would wear going to a fire.”

He said most of the participants, because of the cooler morning temperature on Saturday, were able to withstand the warmth of their gear without too much discomfort.

“It was actually a nice day for it,” he said.

The event started at 9 a.m. The auxiliary had posters located along the route, marking events of the day on Sept. 11, 2001, for each time when something tragically significant happened that day.

As the walkers and runners progressed along the 5K course, they saw the signs that marked the timeline that took place 20 years ago, Stowe said.

Altogether there were about 57 total entrants in the race.

The fundraising effort generated donations from about 30 local companies and businesses, Stowe said.

The event started and ended with ceremonies and prayer.